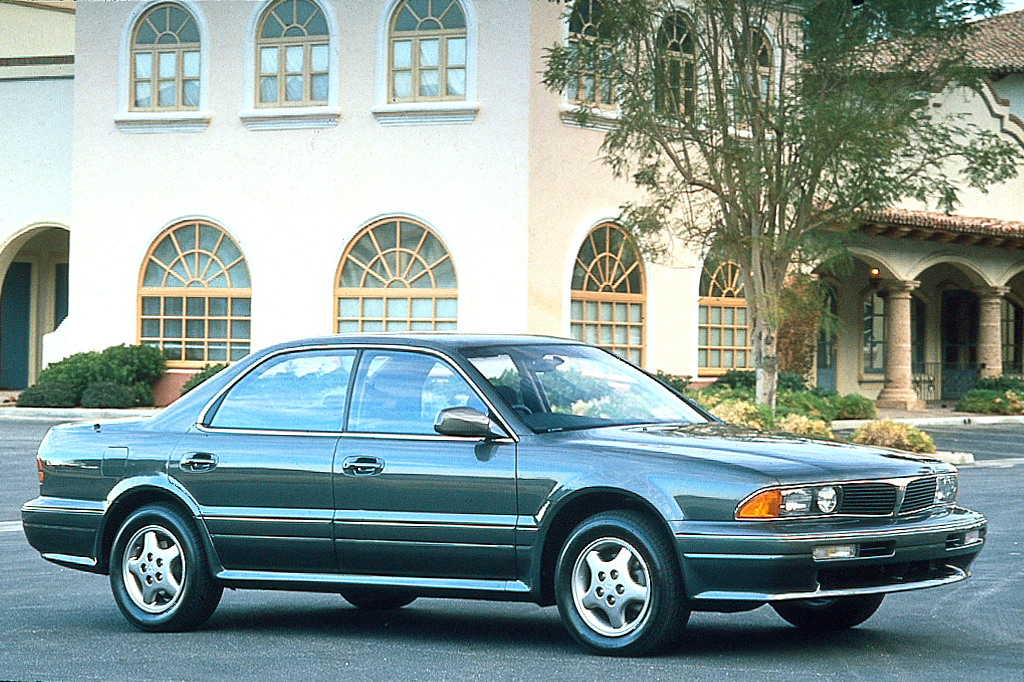 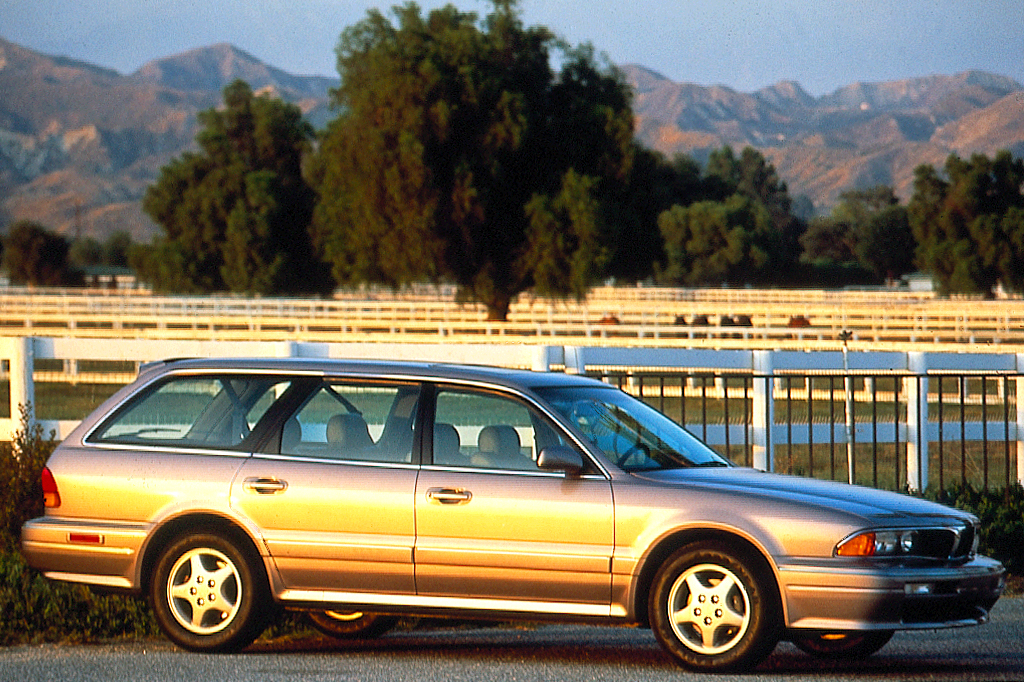 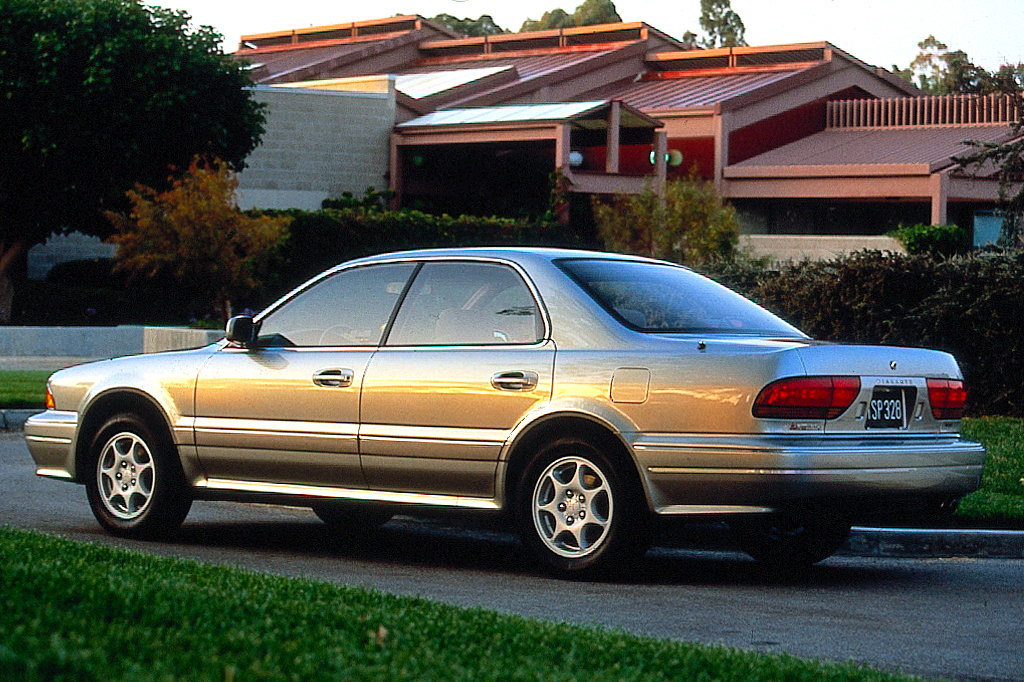 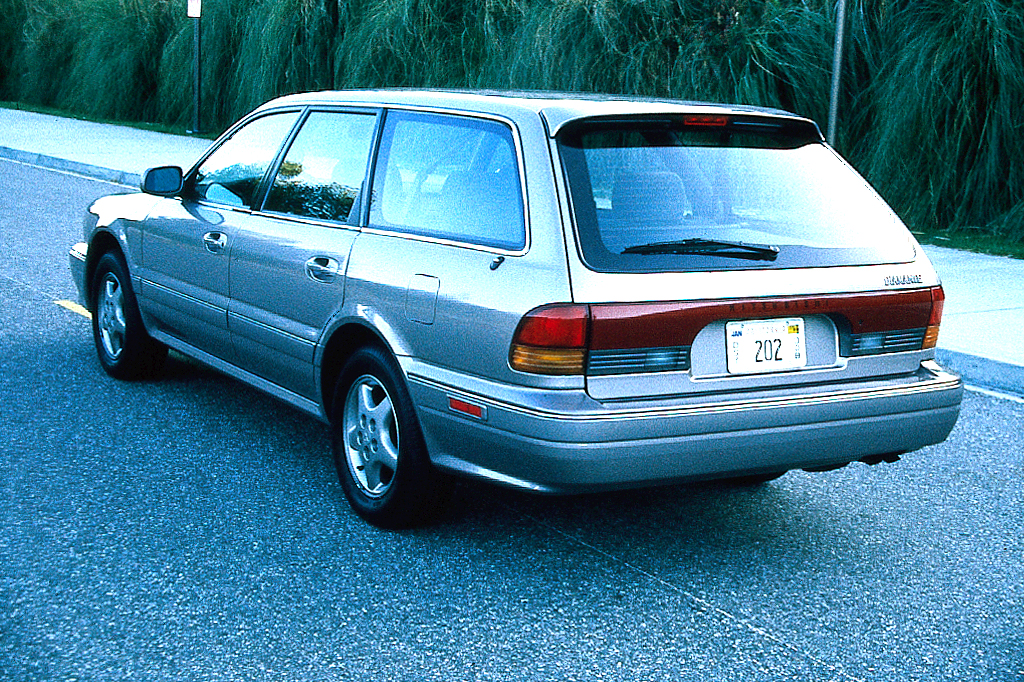 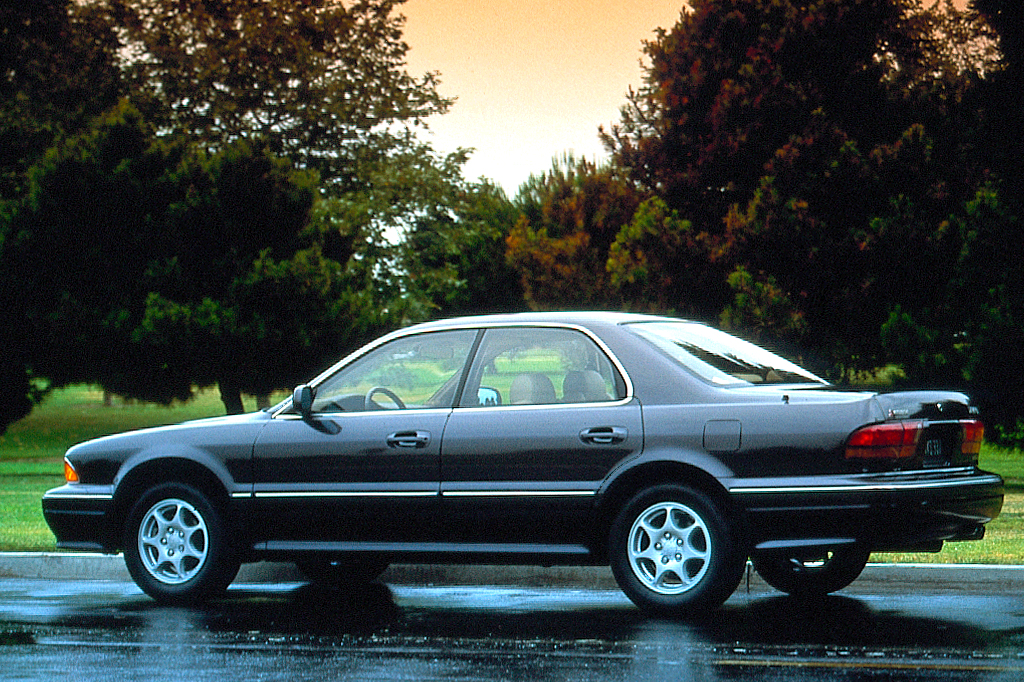 Faults aside, Diamante is appealing due to its stylish design and all-around road manners. Though not a front-runner in any one area, it does have some good points.

Mitsubishi’s flagship sedan went on sale in spring of 1991, replacing the old Sigma. Offered in base and upscale LS trim, Diamante was a front-drive 4-door notchback. The base model held a 175-horsepower, 3.0-liter V6. The LS got a dual-cam version, rated at 202 horsepower. A 4-speed electronically controlled automatic was the sole transmission. Antilock brakes were standard on the LS, optional on base Diamantes. Both had a driver-side airbag. Optional on the LS was a Euro Handling Package that included traction control and Active Electronically Controlled Suspension.

Base Diamantes used a 3.0-liter V6 engine that made 175 horsepower, mated to a 4-speed automatic transmission. The upscale LS got a dual-overhead-cam version of the V6, rated at 202 horsepower, also offered only with automatic.

Acceleration is adequate, but neither Diamante has enough oomph to stand out among its many competitors. In most driving, the base model feels as responsive to the throttle as the LS. Acceleration times to 60 mph have been quite close: 9.5 seconds or less for sedans, versus 10.5 for the wagon. In highway passing, the LS has the advantage, because of its added strength at higher engine speeds. As for economy, a wagon delivered a disappointing 17.4 mpg, but an ES sedan managed 19 mpg. Premium fuel is required for the ES and recommended for best performance with the less-potent engine.

Noise levels are generally low, though the 1994-95 LS had a loud and coarse exhaust note during hard acceleration.

Regardless of model, the transmission is not always able to find the best gear when trying to stay abreast of quick city traffic. It can also get confused in low-speed turns, though operation is velvety most of the time.

Body roll is noticeable in tight turns, but quite modest. At high speeds, a Diamante feels extraordinarily stable. Steering is quick and direct, and brakes feel strong with good pedal modulation. The firm base suspension provides a supple ride and good cornering grip, absorbing bumps nicely.

Driver comfort and outward visibility are top-notch. Most instruments and controls are easy to see, except for the rather complex radio, whose electronic display washes out in sunlight. The automatic climate system on later models resets itself each time the engine is started, so you have to manually set it again.

Despite appearances, a Diamante suits four adults better than five. Front-seat room is passable, though the optional power sunroof crowds head space for people over 6 feet tall. Rear-seat leg room is disappointing–not nearly as large as the car’s outside dimensions would suggest. Narrow rear-door openings make getting in/out harder than it should be. The trunk isn’t large enough for a family car of this size, either.