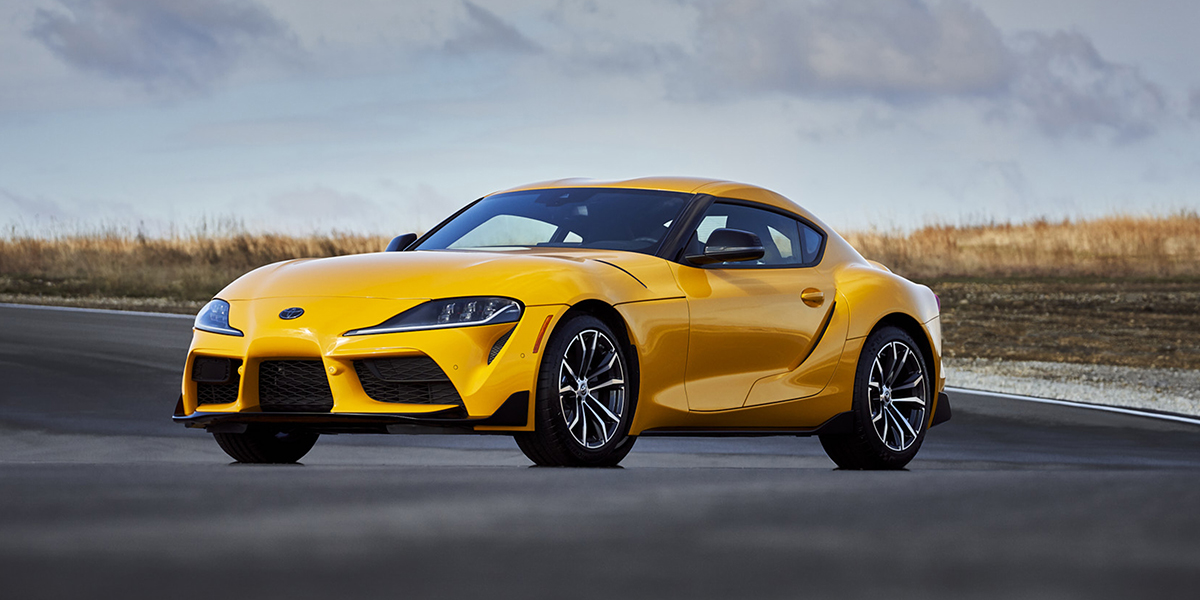 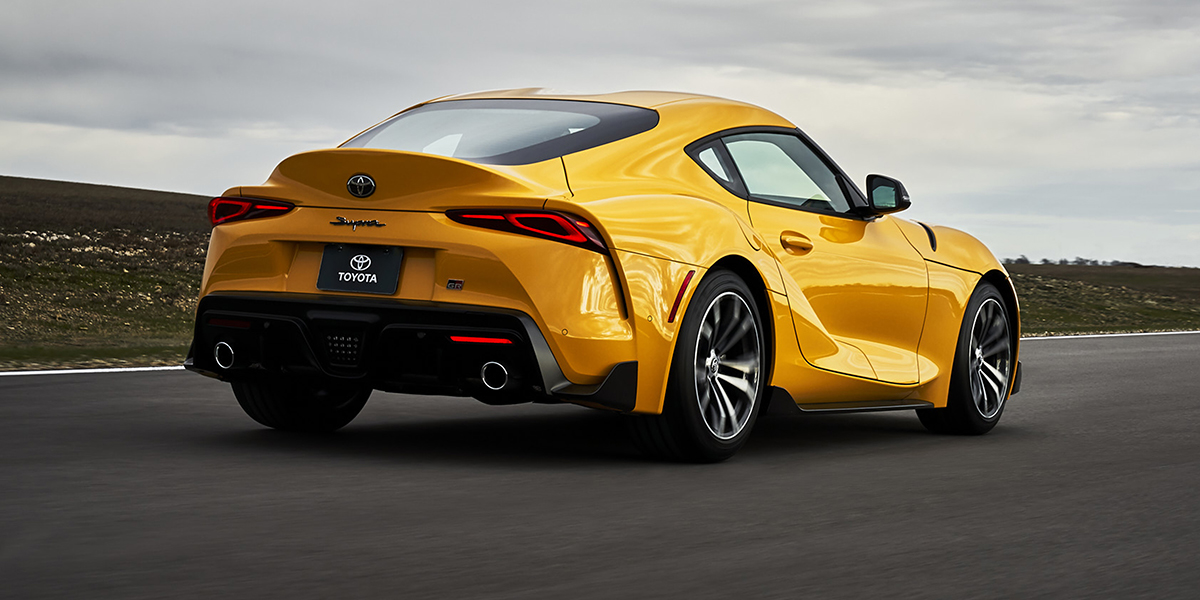 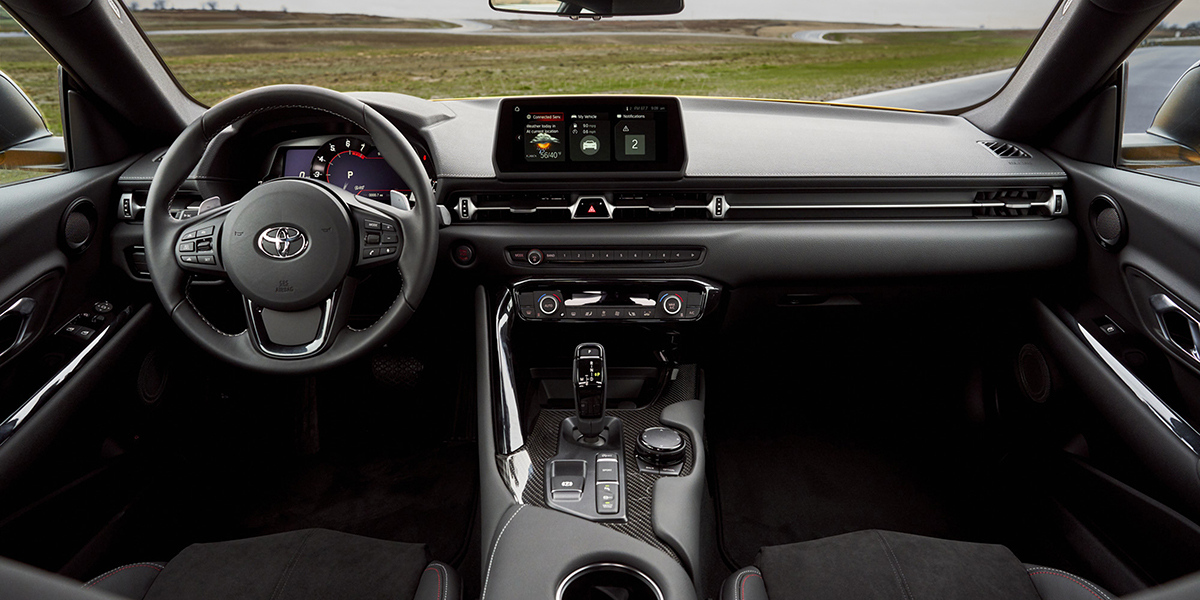 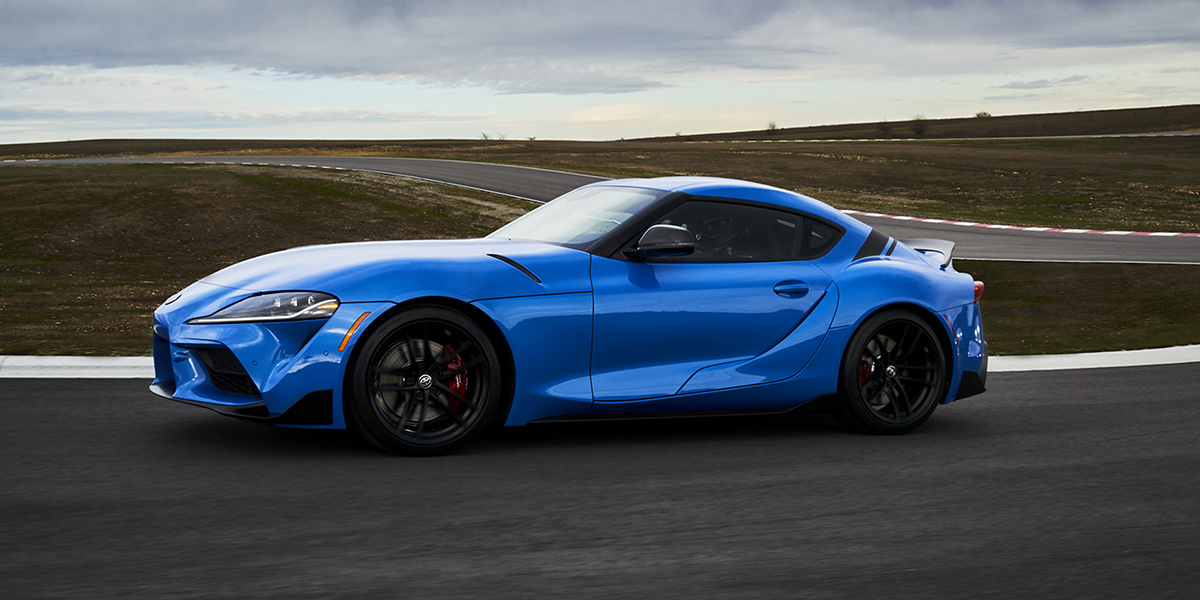 Toyota revived its Supra nameplate for 2020 on a two-seat, rear-wheel-drive sports car powered by an inline 6-cylinder engine. However, unlike previous Supras, the new one is the product of a joint venture—Toyota partnered with German automaker BMW in the development process, and the new Supra shares its basic structure and powertrain with BMW’s redesigned-for-2019 Z4 two-seat roadster. For 2021, a 255-hp turbocharged 2.0-liter 4-cylinder engine joins the line, and the 3.0-liter six gets a bump from 335 to 382 hp. The Supra comes only as a hardtop coupe, in 2.0, 3.0, 3.0 Premium, and limited-production A91 Edition models.

Standard on 6-cylinder models are Adaptive Variable Suspension, variable-assist/variable-ratio sport-tuned electric power steering, and an active differential that uses an electric motor and multi-plate clutches to control torque distribution between the rear wheels. Four-cylinder models make do with a fixed suspension and a non-limited-slip rear differential. Also standard on 6-cylinder models are 19-inch forged aluminum wheels with Michelin Pilot Super Sport tires (wider in the rear than in the front), and performance disc brakes (with 13.7-inch rotors and 4-piston Brembo calipers in front). Four-cylinder models get 18-inch alloys and smaller, less-aggressive brakes. A Sport Mode drive setting dials in sharpened throttle response, crisper shifts from the transmission, a weightier steering feel, more aggressive active-differential tuning, reduced intervention of the traction and stability control systems, and an amplified exhaust note. Parking sensors, adaptive cruise control, and a blind-spot monitor with rear cross-traffic alert are available on all Supras.

In addition to the powertrain and trim-level updates mentioned above, the Supra 3.0 models receive revised chassis tuning and under-hood strut-tower braces, and an 8.8-inch infotainment screen is now standard on all models. The A91 Edition essentially replaces last year’s Launch Edition model; it is limited to 1000 units and includes unique interior and exterior trim.

Toyota purists may be upset at the infusion of German DNA into a beloved Japanese nameplate, but if it doesn’t upset your brand loyalty, the Supra has a lot to offer. It’s equally engaging on the track and on the street, and compared to its class rivals, it’s a good value. The new-for-2021 2.0 model is down on horsepower and features, but it’s engaging nonetheless, and it’s $8000 cheaper than the entry-level 3.0. On paper, the Supra doesn’t boast the outright brawn of some rival high-performance cars, but from behind the wheel, it should satisfy the most discerning drivers.