Cons: Several features are available only in most expensive model; limited model offerings and lack of traditional options mean that RLX isn’t as customizable as other premium midsize sedans

CG Says: After its introduction for 2014, the RLX sees no changes of note for ’15. The RLX Sport Hybrid model debuted as a late 2014 model; technically there is no 2015 Acura Sport Hybrid, though the 2014s continue to be on sale and mildly updated 2016 models are available as well. Both the RLX and the RLX Sport Hybrid use the same 310-horsepower 3.5-liter V6, but that’s where the powertrain similarities end. In the RLX, the V6 is mated to a conventional 6-speed automatic transmission that drives the front wheels. In the RLX Sport Hybrid, the engine mates to a 7-speed dual-clutch automated-manual transmission that incorporates a 47-hp electric motor/generator. Meanwhile, the rear wheels are driven solely by a pair of 36-hp electric motor/generators, which negates the need for a driveshaft. Acura’s flagship sedan strikes a fine balance between luxury, technology, and invigorating performance, all while maintaining the distinctive character of the Acura brand. The RLX is brimming with available high-tech equipment, including class-exclusive 4-wheel steering. However, since Acura doesn’t offer traditional stand-alone options, acquiring some features means stepping up to expensive trim packages. Still, RLX is worth checking out if you’re in the market for a premium sedan with an athletic, contemporary personality. 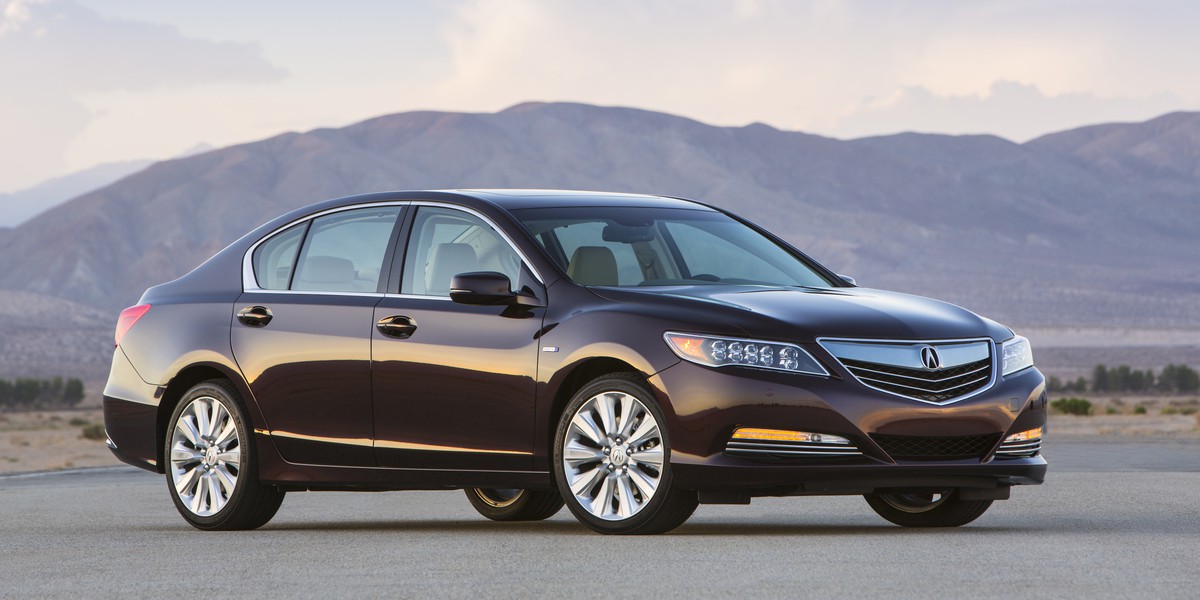