Cons: Acceleration can be non-linear from a stop; MMI control system can be tedious to use; new styling might be too subtle an update for some shoppers

CG Says: The 2017 Audi A4 is redesigned, gaining a bit more interior room, more power, and a host of new technology and safety features. The new A4 launches as a 4-door sedan only, with a single powertrain; wagon and high-performance S4 versions are slated to follow in the near future. As before, front-wheel drive or all-wheel drive are available. A new entry-level ultra model has a fuel-efficient version of the standard engine. Premium models have a revamped turbo 2.0-liter 4-cylinder engine that boasts 252 horsepower, a gain of 32 over the previous A4. (The ultra engine is tuned for economy and has only 190 hp.) For now, a 7-speed automated-manual is now the lone transmission, but other gearbox choices should follow. Notable standard features include a forward collision mitigation system with automatic braking, leather upholstery, sunroof, heated mirrors, LED ambient interior lighting, rearview camera, Audi’s MMI infotainment system, Bluetooth connectivity, and Apple CarPlay and Android Auto functionality. Options include Audi’s “Virtual Cockpit” digital gauge cluster, Google Earth satellite navigation display, adaptive cruise control, adaptive suspension, a rear collision mitigation system, blind-spot monitoring, lane departure warning and intervention, rear cross-traffic alert, and traffic-sign recognition. Though it looks only slightly different from its 2016 predecessor on the outside, the new-for-2017 A4 is a thoroughly impressive reimagining of Audi’s mainstream compact car. A dazzling-yet-understated new interior and a long list of cutting-edge technology features are chief among the highlights. Plus, the new A4’s sticker prices and standard-equipment lists compare very favorably with its traditional BMW and Mercedes-Benz competitors. For now, the A4 lineup is slim compared to its rivals, but new versions will be arriving soon. If you’re looking for a well-rounded premium compact sedan, the 2017 Audi A4 should be on your list. 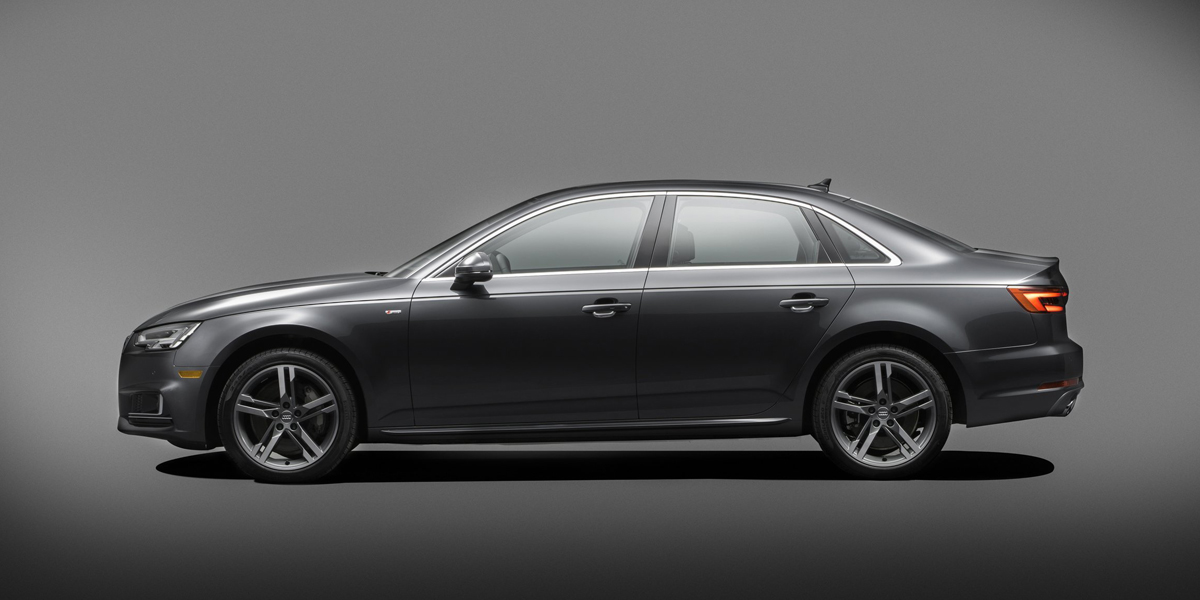