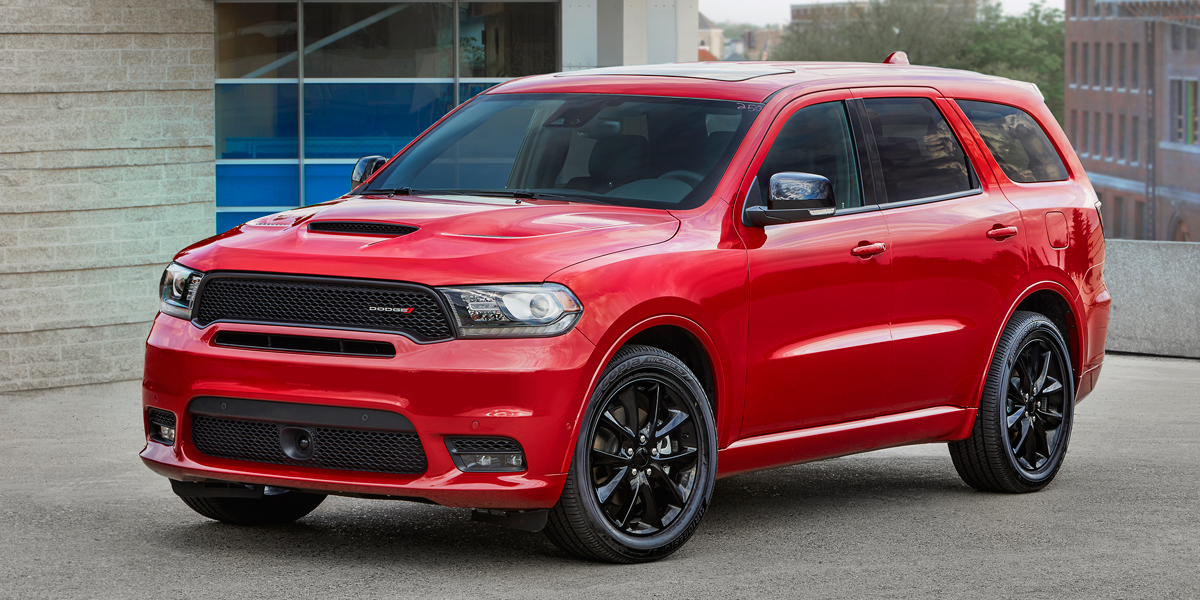 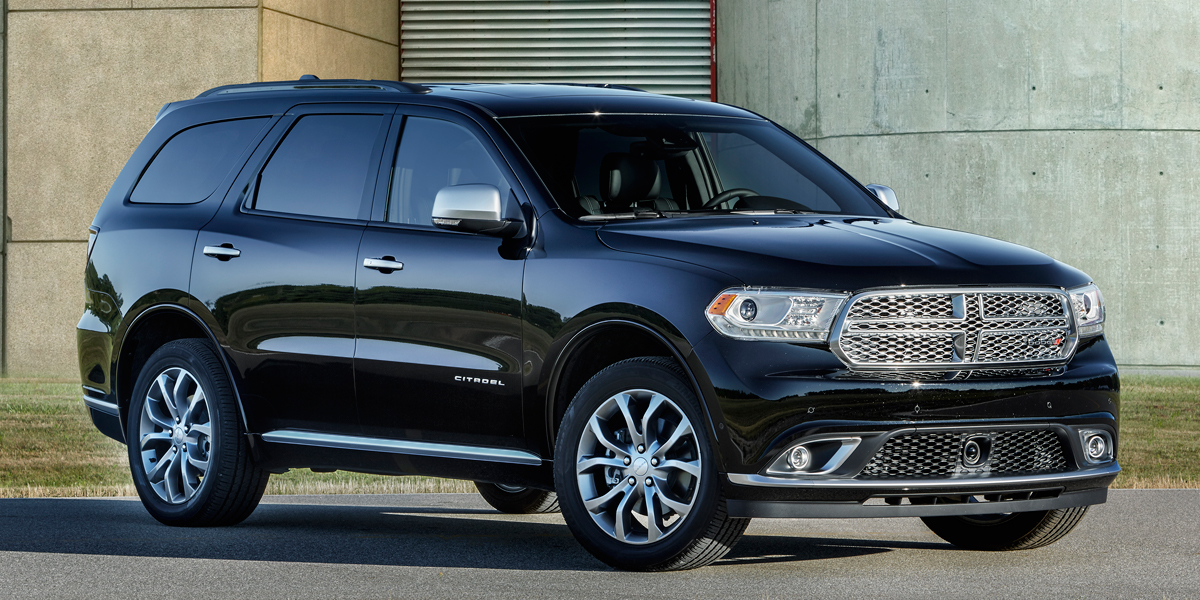 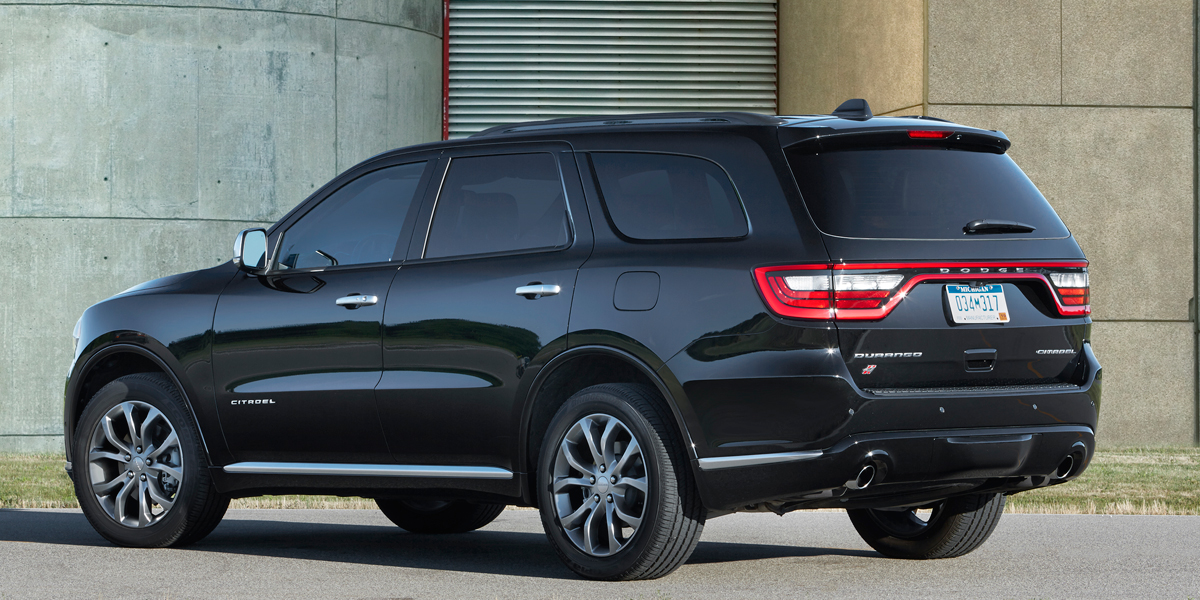 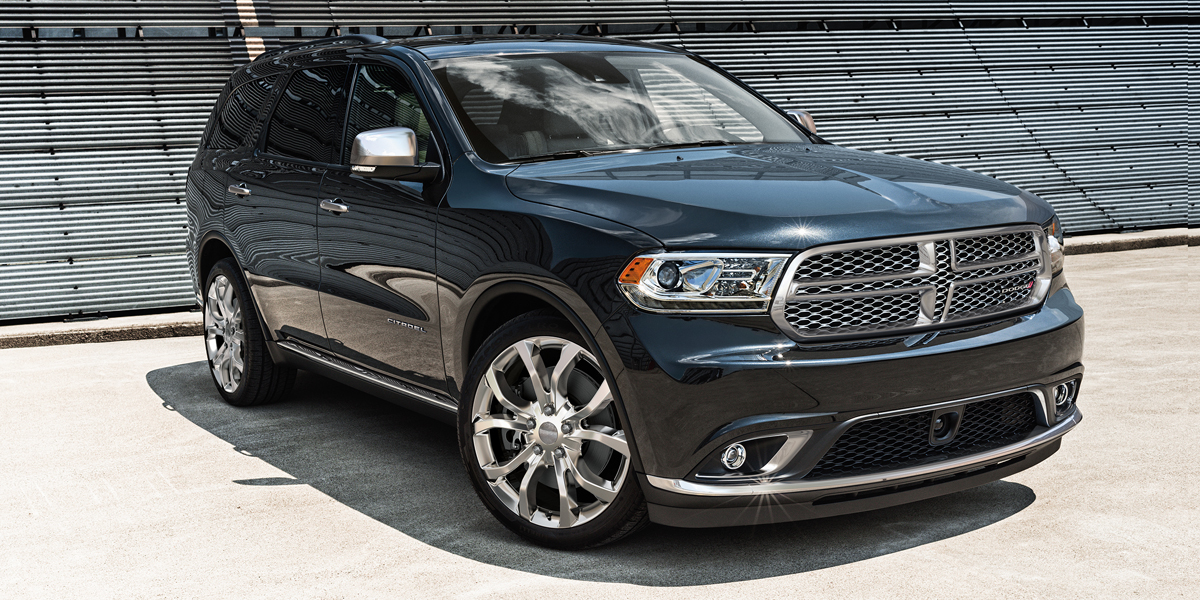 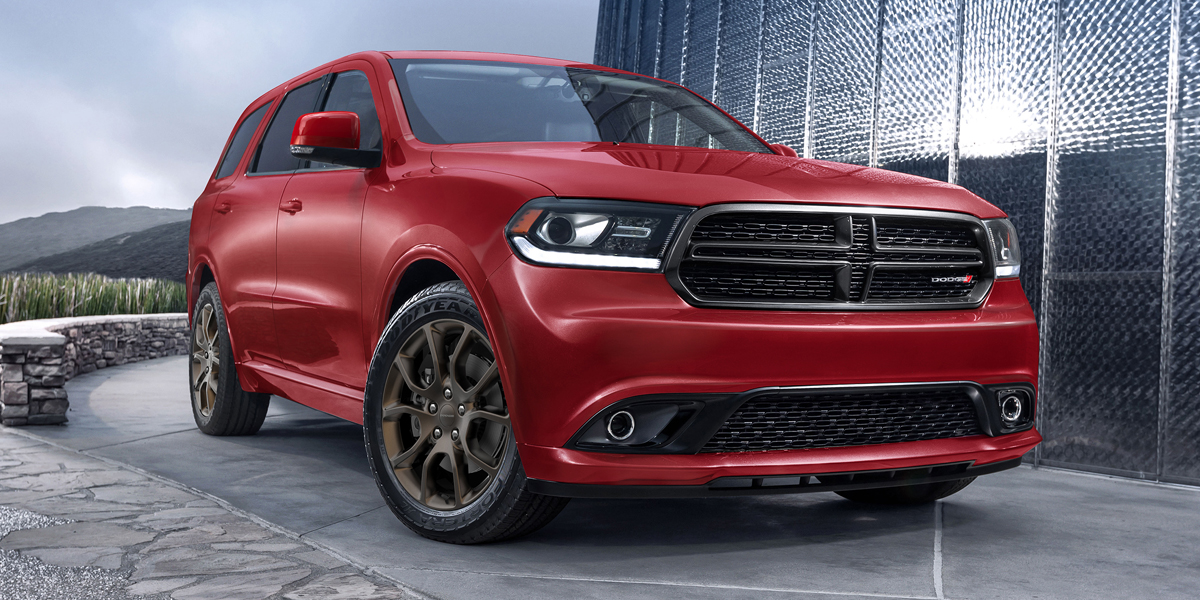 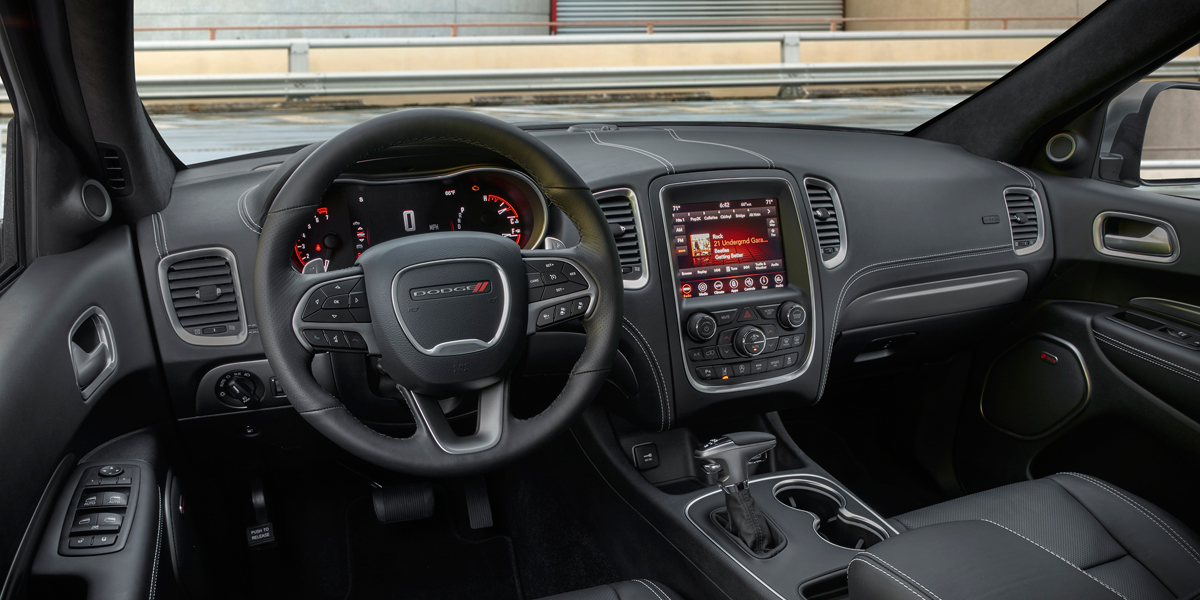 The Durango is a bit smaller than other large SUVs, and its basic design dates back to 2011.

Durango is the larger of Dodge’s two SUVs. Although it’s about the same size as the largest midsize SUVs, the Durango would stand out as being the only one with three rows of seats built on a rear-drive platform (all-wheel drive is also available) and offering a V8 engine and anything close to its 7,400-lb towing capacity. Thus we consider it a full-size SUV. Trim levels ascend through SXT, GT, Citadel, and R/T models. Durango seats up to seven passengers and comes with either a 290-horsepower 3.6-liter V6 (295 hp on the Blacktop Package and Anodized Platinum Package) or a 360-horsepower 5.7-liter V8. An 8-speed automatic is the lone transmission.

In addition to the high-performance SRT model, the Durango lineup gets a number of minor updates and new appearance/color options for 2018. Apple CarPlay and Android Auto smartphone functionality are now standard with the 8.4-inch Uconnect infotainment system. A new electronic shift lever and new steering wheel with paddle shifters are also standard, and a front park-assist system is now available. The Durango R/T gets styling updates that include a hood with a functional air scoop and heat-extractor vents; this hood is available on properly equipped GT models as well.

V6 Durangos are rated at 19 mpg city/26 mpg highway with rear-wheel drive and 18/25 with all-wheel drive. With the V8, ratings are 14 city/22 highway with RWD or AWD. In Consumer Guide® testing, an AWD Durango R/T averaged 14.7 mpg in 55-percent city driving, and an AWD Citadel Anodized Platinum averaged 17.4 mpg in 70-percent city driving. Dodge recommends regular gas for V6 models and mid-grade gas for those powered by the V8.

The Dodge Durango has something for just about every type of large-SUV shopper. The base SXT has a lot of features for the money, while the GT and Citadel add worthwhile luxury and convenience items. We’re not especially high on the sporty R/T, but we can see its appeal for those who crave brawny style and performance. And, the generous selection of appearance packages and trim options makes Durango one of the more customizable SUVs around.