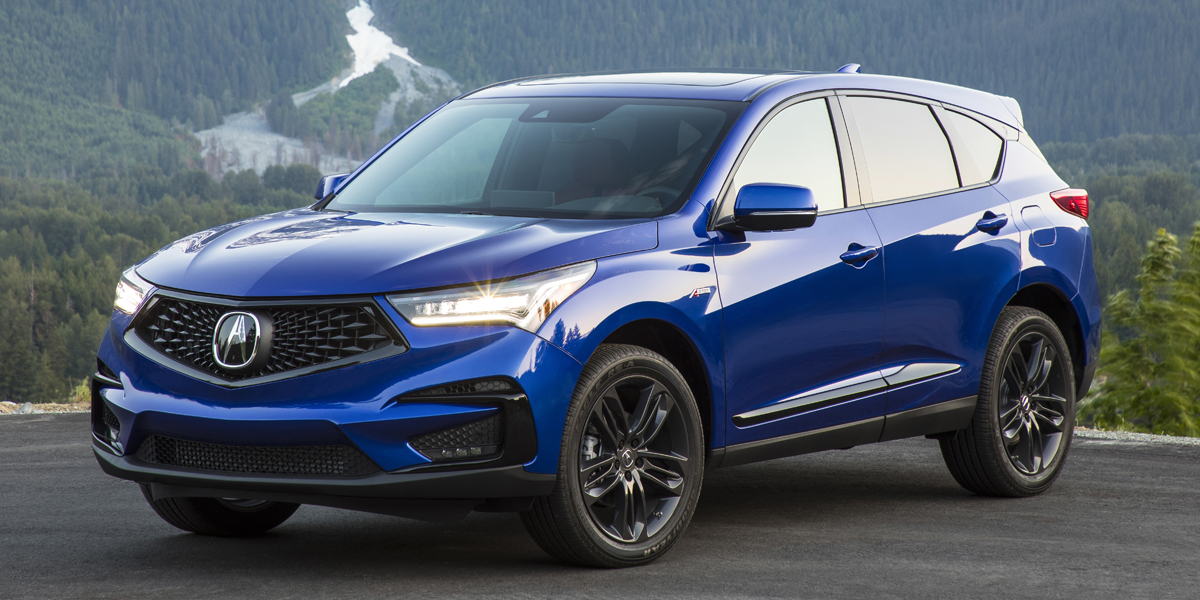 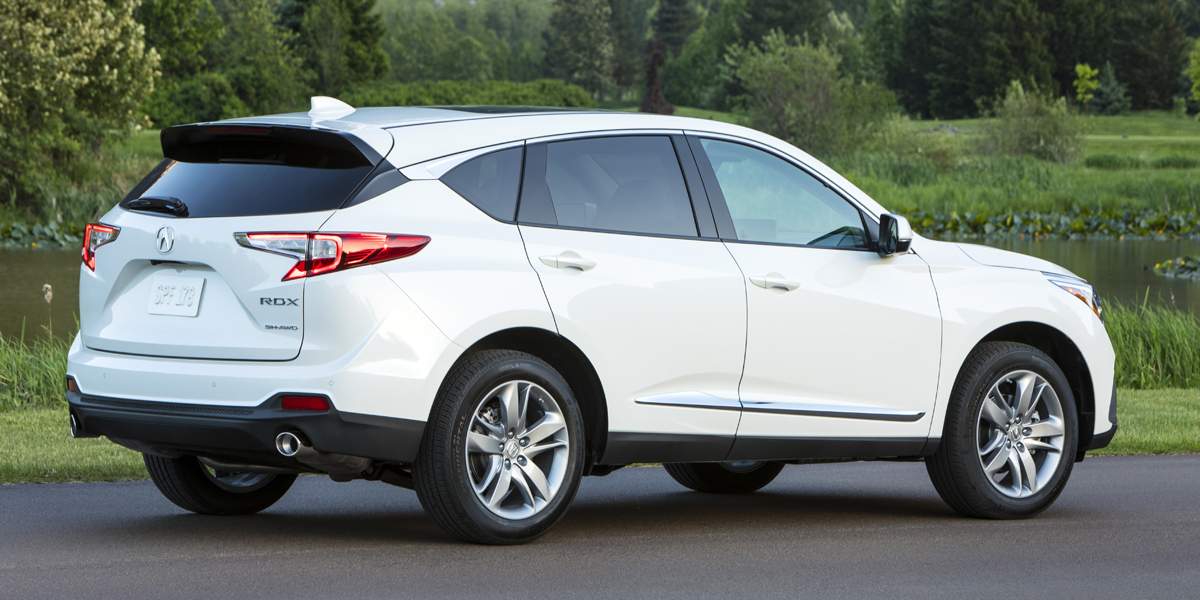 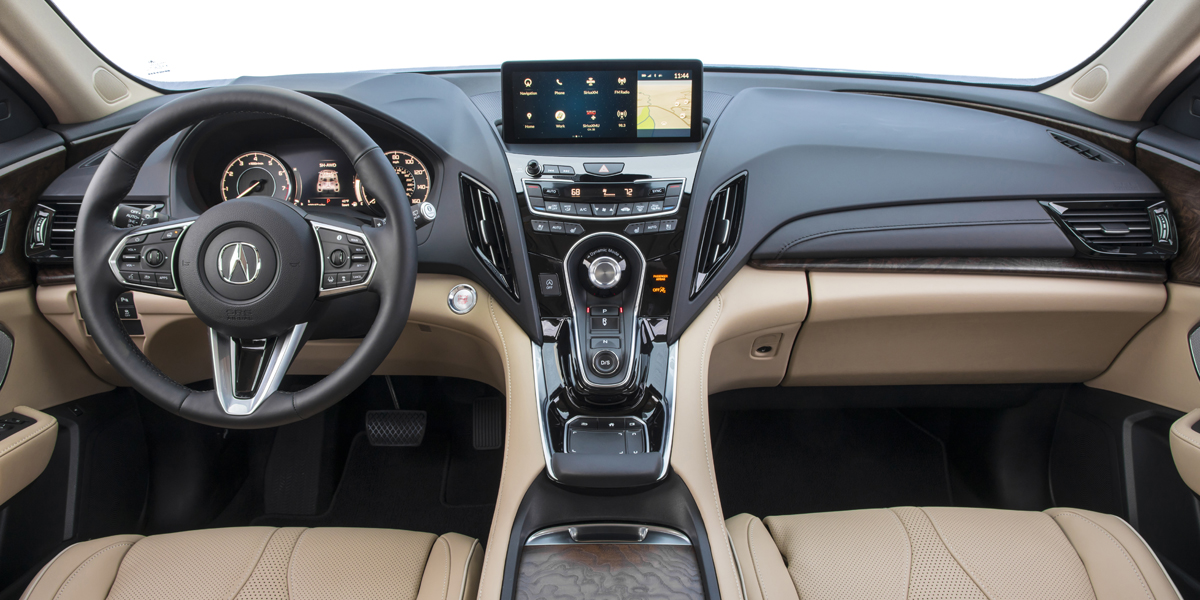 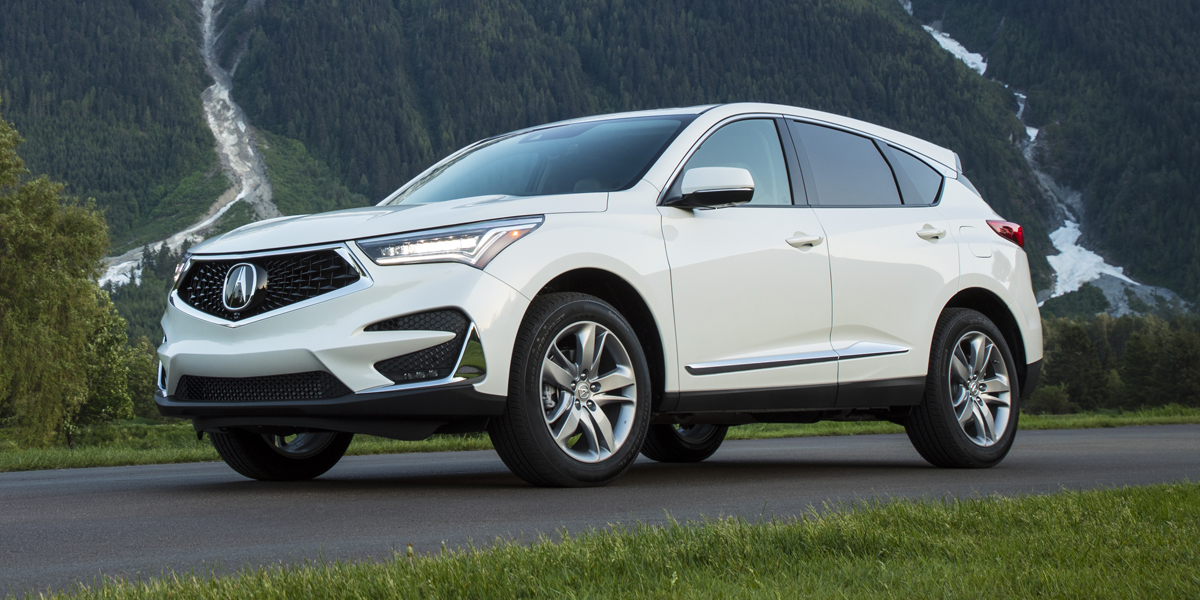 Driving dynamics, interior execution, and all-around refinement are impressive, with value for the money even more so.

Acura doesn’t offer stand-alone options, so the RDX is not as customizable as some of its rivals.

AWD models have Acura’s sophisticated Super-Handling All-Wheel Drive, a dynamic torque-vectoring system that can send up 70 percent of the engine’s torque to the rear wheels.

The RDX is Acura’s 5-passenger compact SUV, and it’s redesigned for 2019. The sole powertrain is a 274-hp, turbocharged 2.0-liter 4-cylinder paired with a 10-speed automatic transmission, which replaces the previous 3.5-liter V6 and 6-speed automatic. Front-wheel drive or all-wheel drive is available on all RDXs, which ascend through base, Technology, sporty A-Spec (new for 2019), and top-line Advance option packages. Even base models are well equipped, with standard features such as LED headlights, a panoramic sunroof, keyless entry and starting, a power liftgate, and heated front seats. Standard safety features include forward collision warning with pedestrian detection and autonomous emergency braking, lane-departure warning, lane-keep assist, road-departure mitigation, and adaptive cruise control with a low-speed follow feature. A blind-spot monitor, rear cross-traffic monitor, and surround-view camera system are available.

The previous-generation Acura RDX was a perennial Best Buy winner, and the new third-gen model is even better. The new turbo 4-cylinder engine is as satisfying as the old V6, and it’s more economical too. As before, a roomy, well-appointed cabin and a ride/handling balance that’s among the best in the class are key RDX strengths, as are the generous levels of comfort and safety features at highly competitive prices. The unconventional True Touchpad infotainment interface may turn off some traditionalist shoppers, but the RDX remains a tremendously appealing, accessible compact luxury SUV.