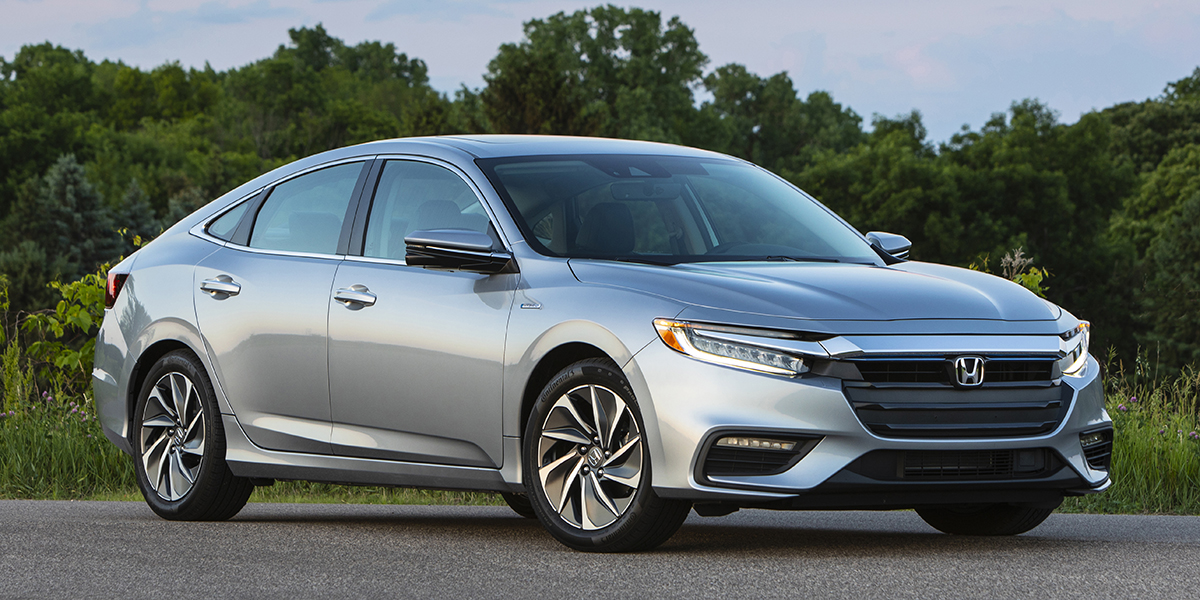 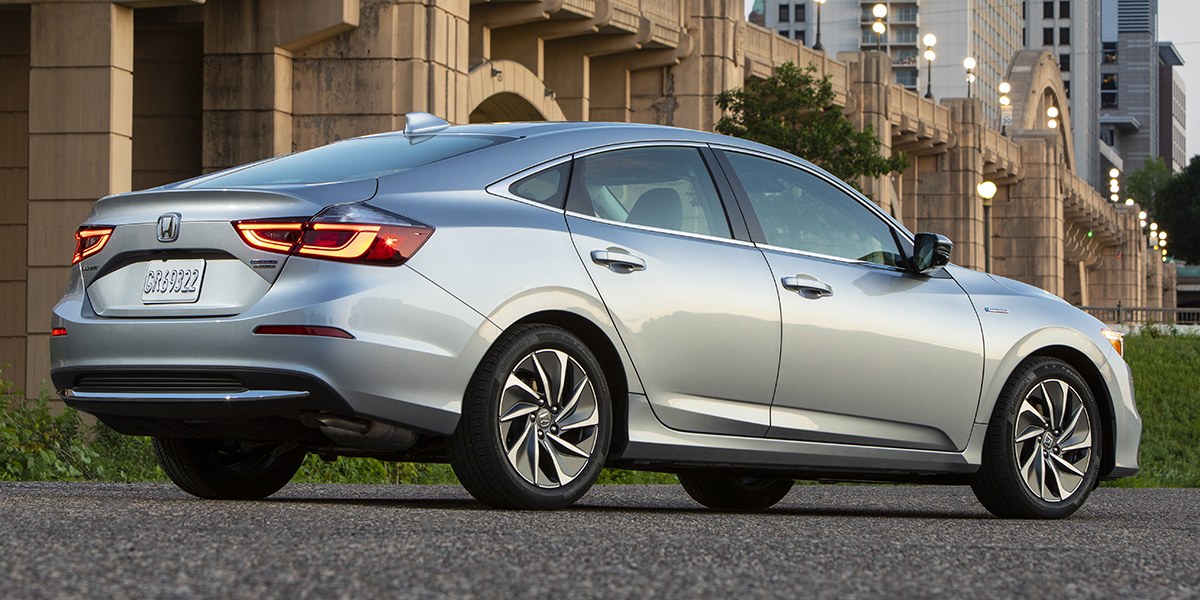 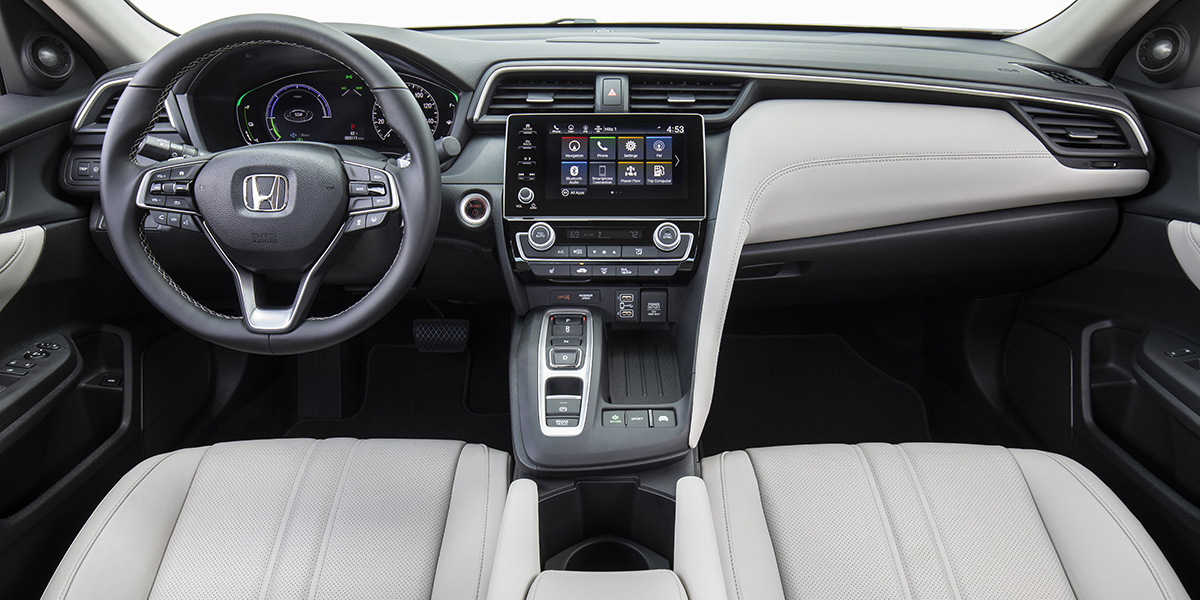 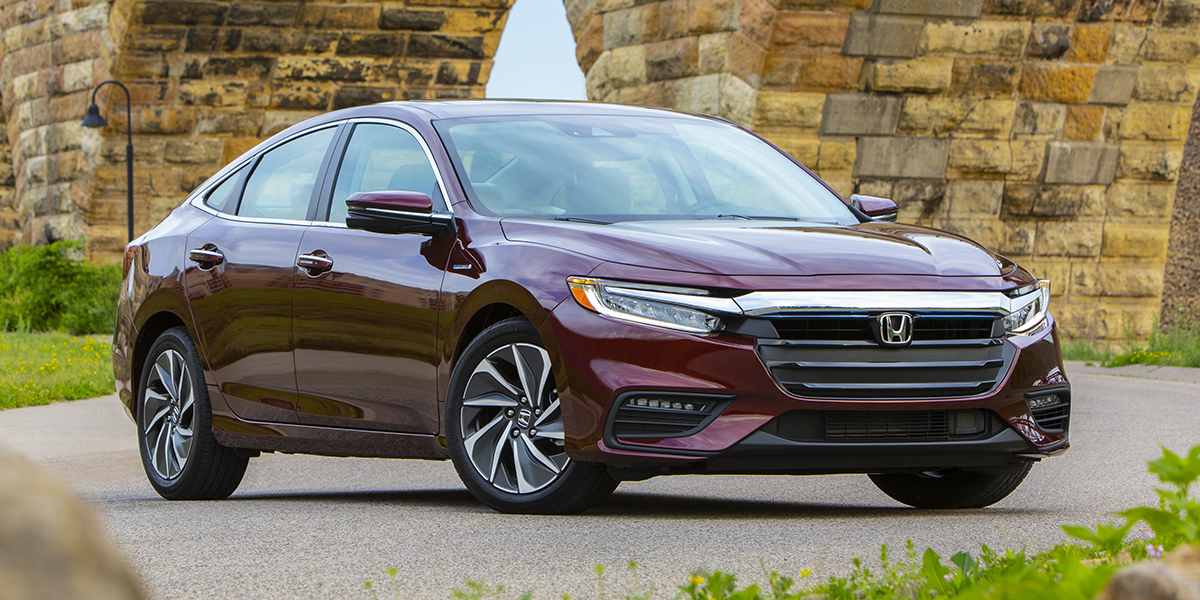 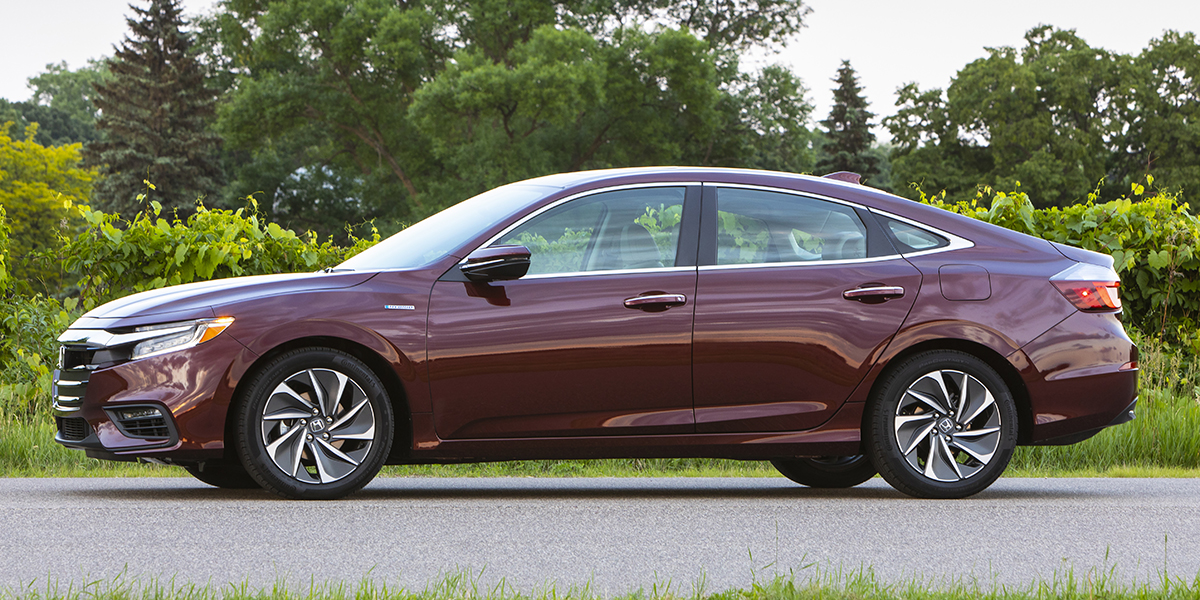 The Insight is Honda’s gas/electric-hybrid compact car. This model, which debuted for 2019, is actually the third-generation Insight; Honda previously used the name from 2000-06 and from 2010-14 on earlier hybrid compacts. The 2020 Insight shares its basic platform with the Honda Civic (which no longer offers a hybrid model), but it has a completely different body and interior and, of course, a gas-electric powertrain. The Insight’s 1.5-liter 4-cylinder engine is paired with two electric motors, one of which serves as a generator. There is no traditional transmission; instead, a lock-up clutch connects the gas engine directly to the electric drive motor when circumstances warrant. From the driver’s seat, this setup feels very similar to a continuously variable automatic transmission. The Insight’s trim levels ascend through LX, EX, and Touring models. Forward collision warning and mitigation, lane-keep assist, automatic high-beam headlights, and a driver attention monitor are standard on all. LXs come standard with features such as automatic LED headlights, keyless starting, automatic climate control, and active noise cancellation. EXs add split-folding rear seat backs, keyless entry, Apple CarPlay/Android Auto connectivity, and Honda’s LaneWatch blind-spot camera. Tourings add leather upholstery, sunroof, dual-zone climate control, heated front seats, auto-dimming rearview mirror, navigation system, WiFi hotspot, and a premium sound system.

After its debut last year, the Insight sees no significant changes for 2020.