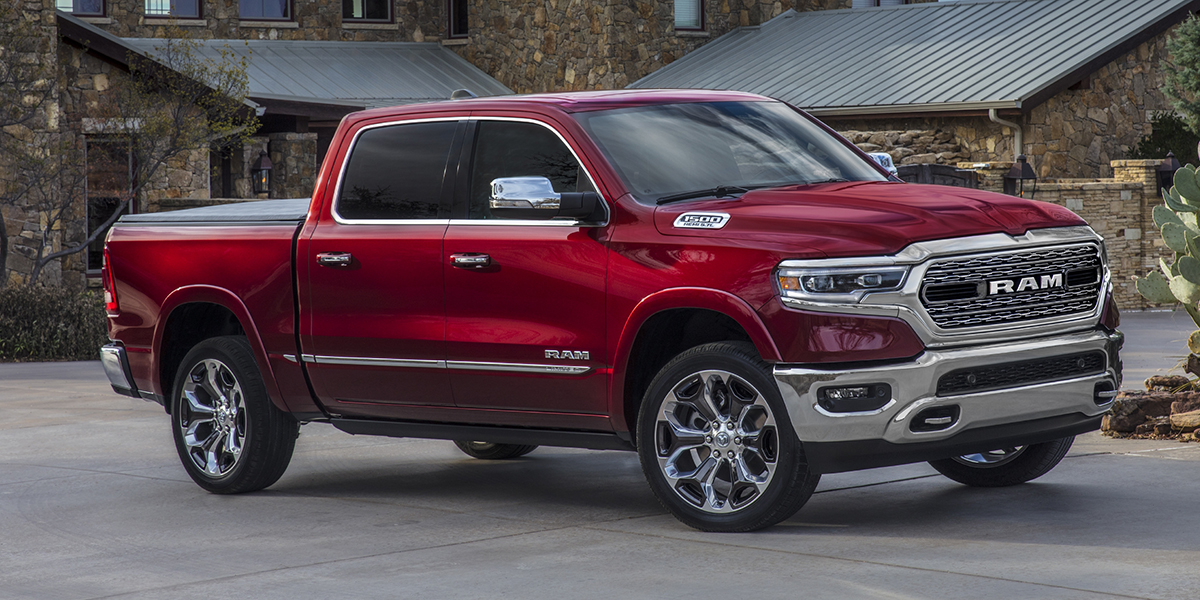 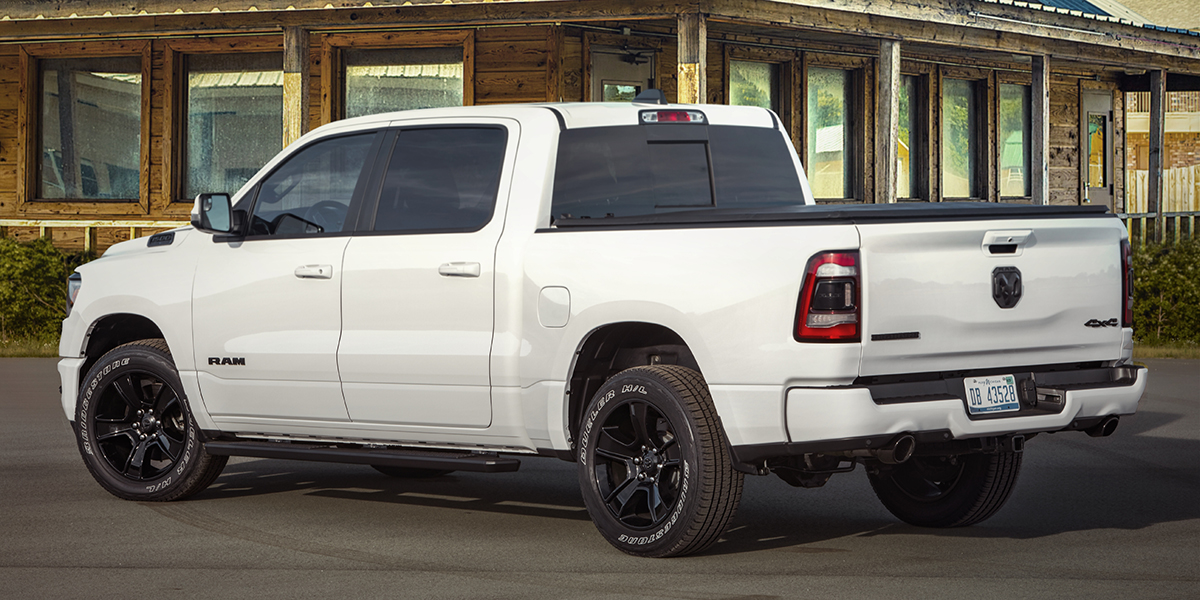 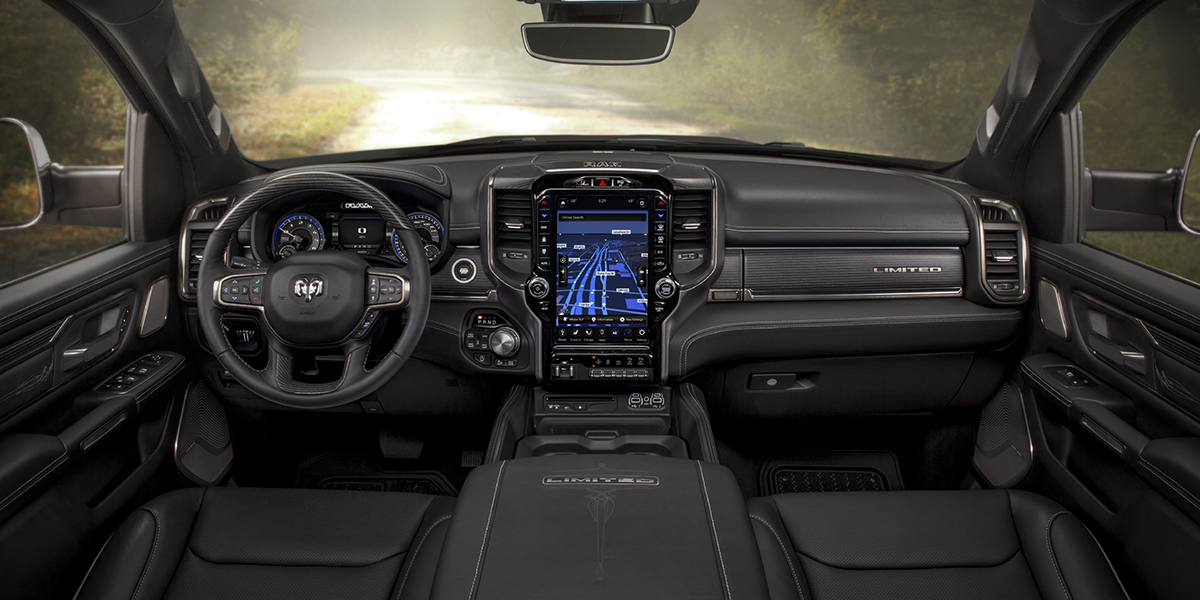 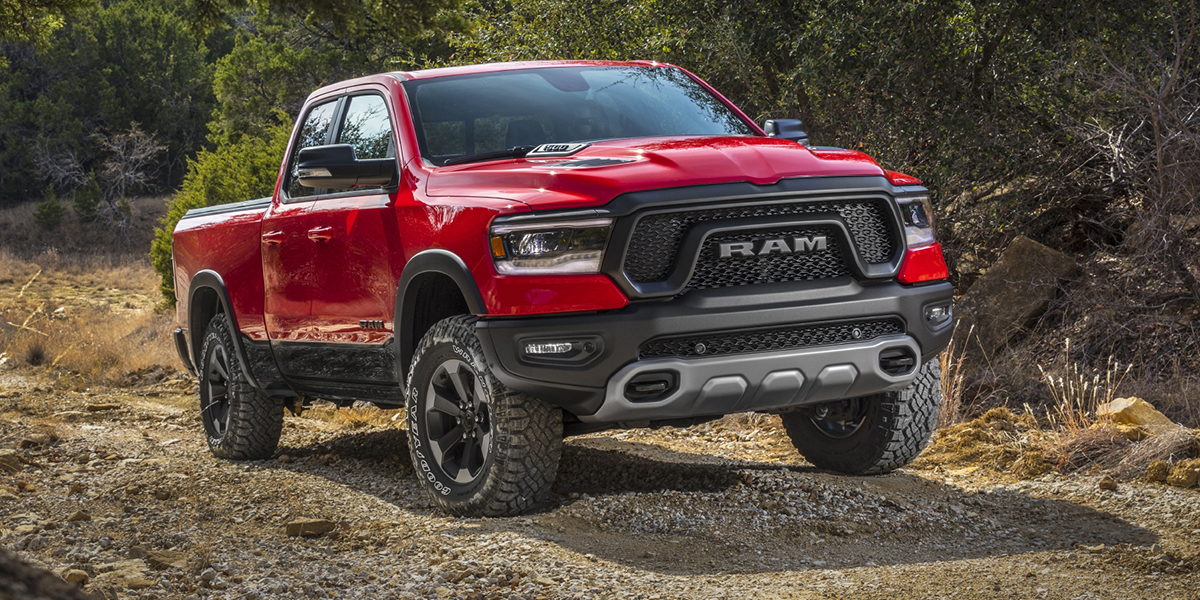 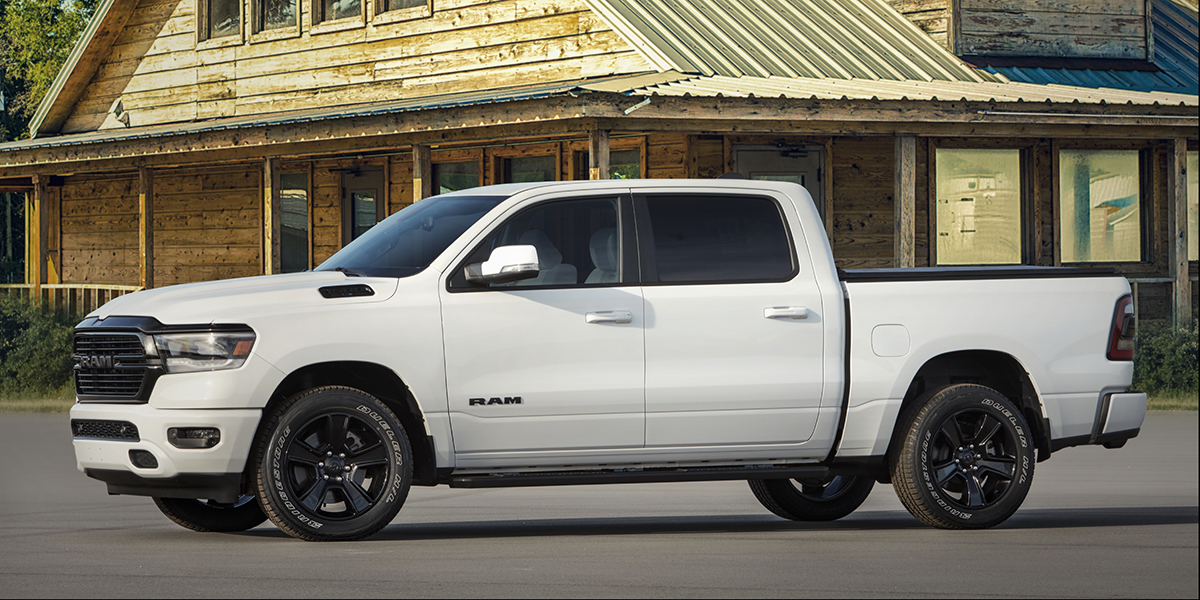 It offers an unbeatable ride/handling combination along with a high level of refinement, classy interiors, and some unique features. Furthermore, the V6 engine is no slouch, and has very respectable EPA fuel-economy ratings too.

The Ram 1500 offers the novel RamBox system (large, lockable cargo bins built into the top edges of the cargo-bed walls) as well as a Multifunction Tailgate that can be opened traditionally or in a 60/40 vertical “Dutch door” split.

The Ram 1500 is Fiat Chrysler Automobiles’s full-size, half-ton pickup. It was previously called the Dodge Ram 1500 until the 2011 model year, when then-parent-company Chrysler Group broke off “Ram” as its truck brand. The Ram 1500 was redesigned last year, growing notably longer than before (crew cabs got a wheelbase stretch of 4.1 inches), and lighter as well, thanks to increased use of high-strength steel and aluminum components. Payload and towing capacity were also increased. Extended-cab (called Quad Cab) and crew-cab body styles are available; a regular-cab body isn’t currently offered, but it could reappear in the future. Full-time 4WD is offered (in place of part-time 4WD) starting in mid-level models. Available features include a gigantic 12-inch touchscreen display, Apple CarPlay/Android Auto functionality, 360-degree surround-view camera display, 4G Wi-Fi hotspot capability, heated and ventilated front AND rear seats, and a panoramic dual-pane sunroof. A fuel-saving “eTorque” mild-hybrid system (essentially a belt-driven motor/generator paired with a 48-volt battery pack) is standard on the gasoline V6 engine and available on the V8.

On the heels of its redesign for 2019, the Ram 1500 lineup sees the return of the 3.0-liter EcoDiesel V6 for 2020. The new EcoDiesel makes 260 horsepower and an impressive 480 lb-ft of torque, and Ram says it’s capable of towing up to 12,560 pounds when properly equipped. There are also trim updates such as new paint colors and a Night Edition appearance package.

After its stellar redesign last year, the Ram 1500 bolsters its standing for 2020 with the return of the EcoDiesel V6. The Ram’s ride quality is class-leading, and the rear-seat room in Crew Cab models is similarly impressive. A dizzying array of trim levels and optional equipment allows a high degree of customization; the cabins of high-end models rival many luxury-brand vehicles for posh materials and fit and finish. The turbodiesel engine will tack on a significant price premium, but promises outstanding fuel economy and capability.