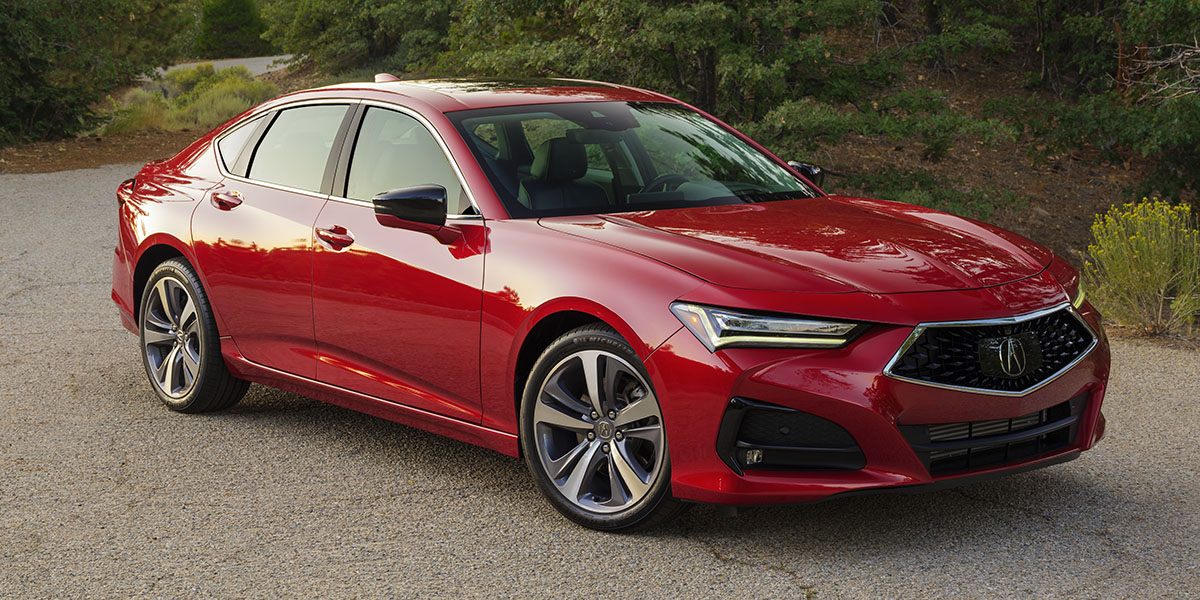 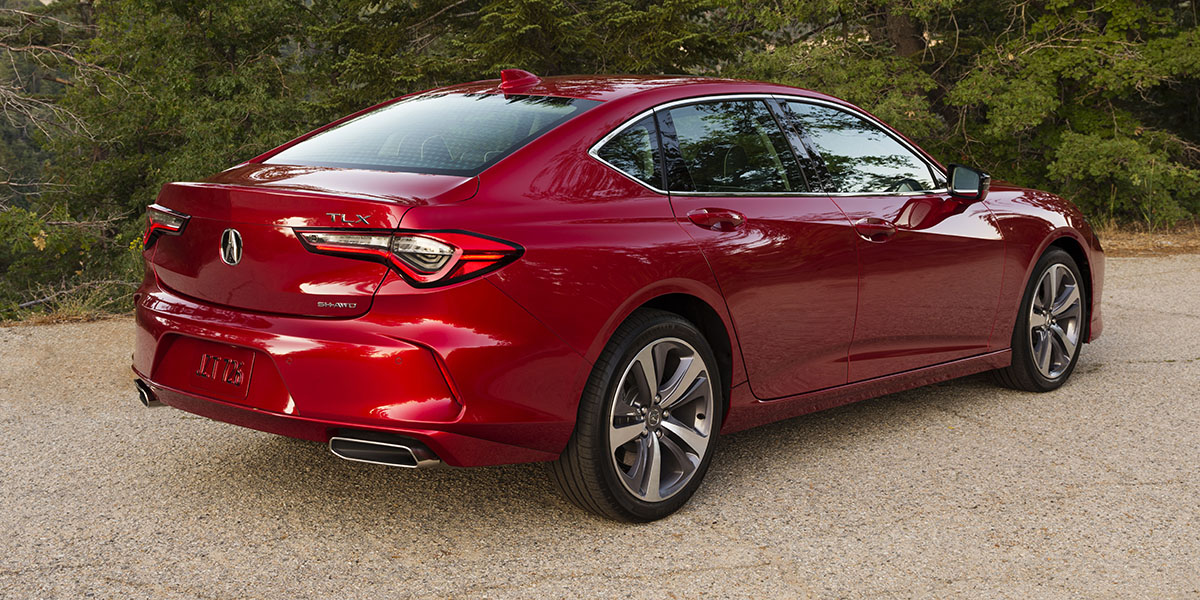 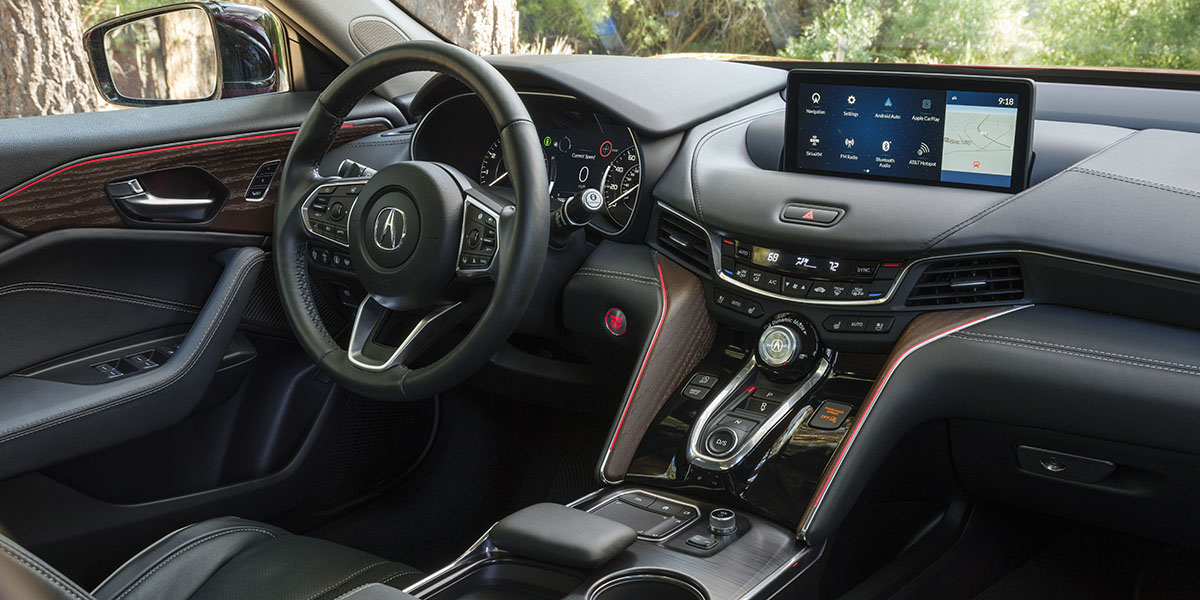 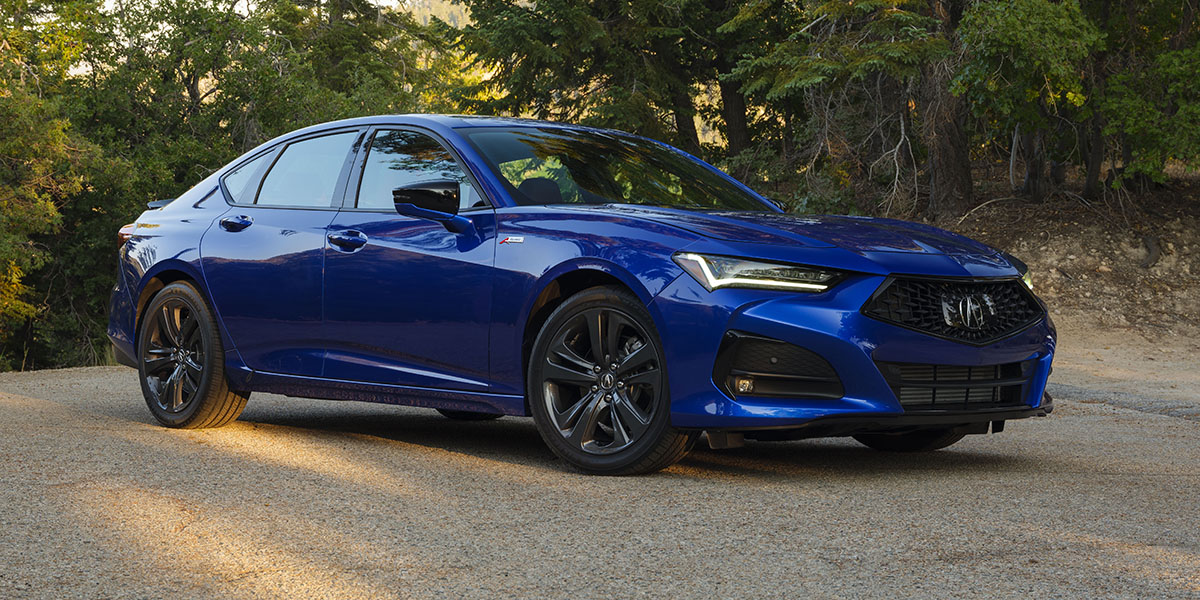 Limited options mean that it’s not as customizable as most premium midsize-sedan competitors.

The 2021 TLX’s longer-hood/shorter-deck proportions give it the look of a rear-wheel-drive car, but it remains a front-wheel-drive-based vehicle.

The TLX is Acura’s midsize sedan, and it’s been completely redesigned for 2021. The new platform is slightly larger than the first-generation TLX, the powertrains are new, interior materials get an upgrade, and a number of new technology features are available. Base, Technology, sporty A-Spec, and Advance models are powered by a 272-hp turbocharged 2.0-liter 4-cylinder paired with a 10-speed automatic transmission and a choice of front-wheel drive or Acura’s “Super Handling All-Wheel Drive” (SH-AWD). Slated to arrive mid-season (with pricing in the low-to-mid $50K range) is an AWD-only high-performance Type S model equipped with a 355-hp turbocharged 3.0-liter V6, standard adaptive-damper suspension, 20-inch wheels on performance tires, Brembo brakes, and unique trim inside and out.

In addition to the changes mentioned above, the TLX’s front suspension is now a double-wishbone arrangement instead of MacPherson struts, and Acura says the new architecture is 50 percent more rigid than the previous model’s. The True Touchpad infotainment interface is new to the TLX, as are traffic-sign recognition and Acura’s Traffic Jam Assist driver’s-aid feature.

EPA-estimated fuel economy is 22 mpg city/31 mpg highway with front-wheel drive and 21/29 with all-wheel drive. Economy estimates have not yet been released for the Type S model. Both engines require premium-grade gas. In Consumer Guide® testing, an all-wheel-drive Advance model averaged 21.9 mpg in 60-percent city driving.

With its redesign for 2021, the TLX gets striking new styling and a classier interior, along with a satisfying new 4-cylinder engine and welcome new features. The new Type S model promises to be an invigorating performance car. Despite the TLX’s increase in exterior size, the cabin doesn’t become more spacious—rear-seat space is still a bit cramped for tall folks—and the True Touchpad infotainment interface requires practice. The TLX might not offer the same level of prestige as some class rivals, but with pricing that tops out under $50K for mainline models, it remains one of the best bargains in its segment.