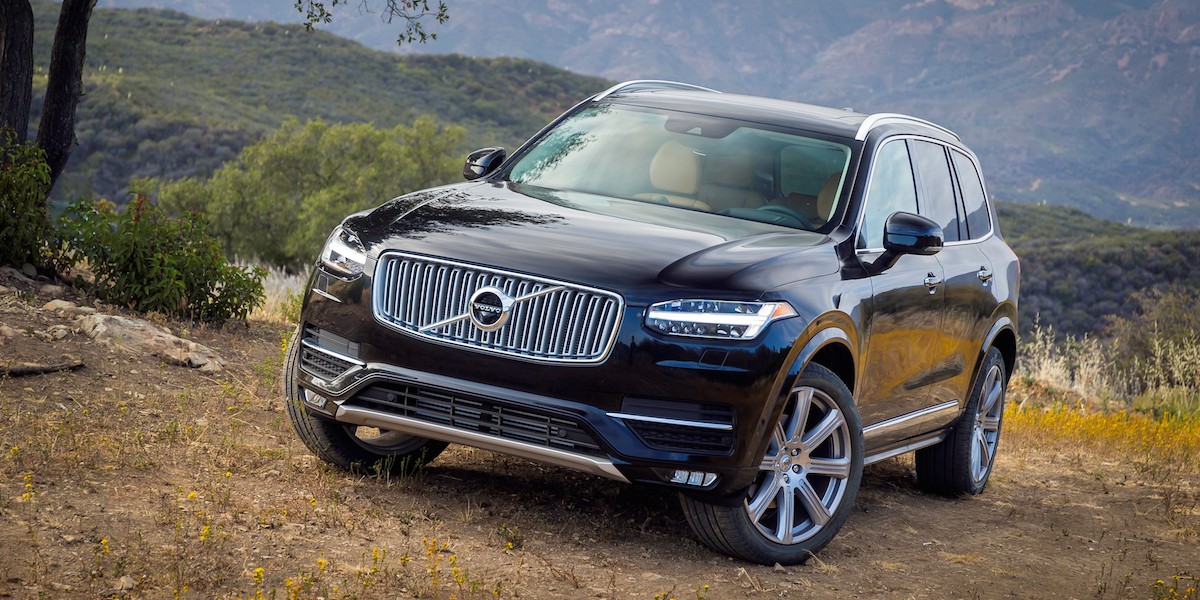 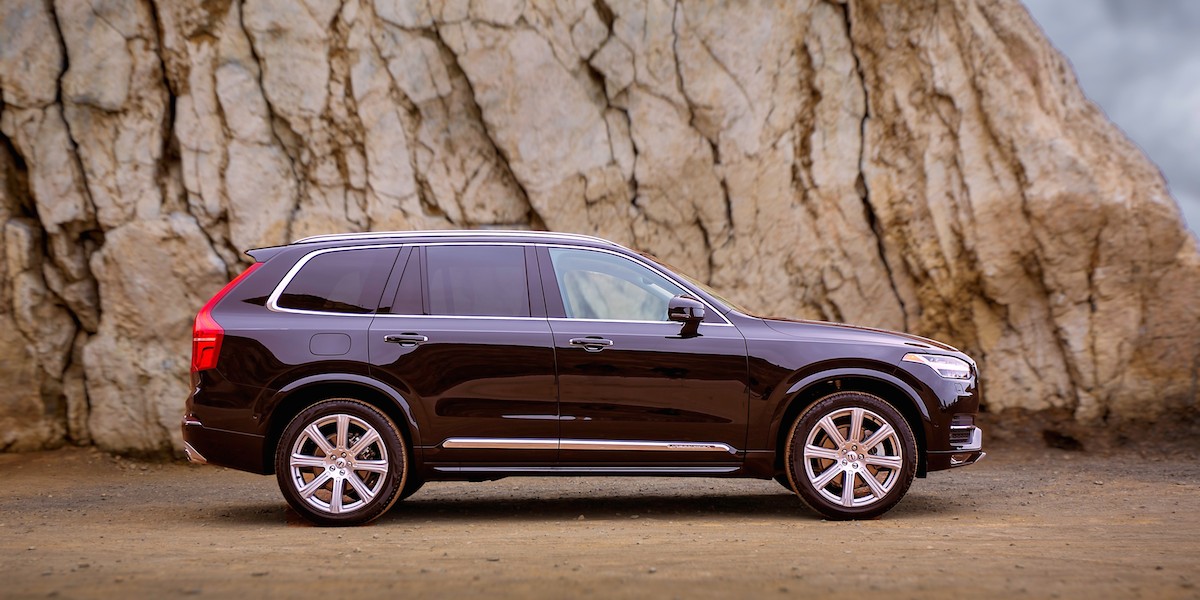 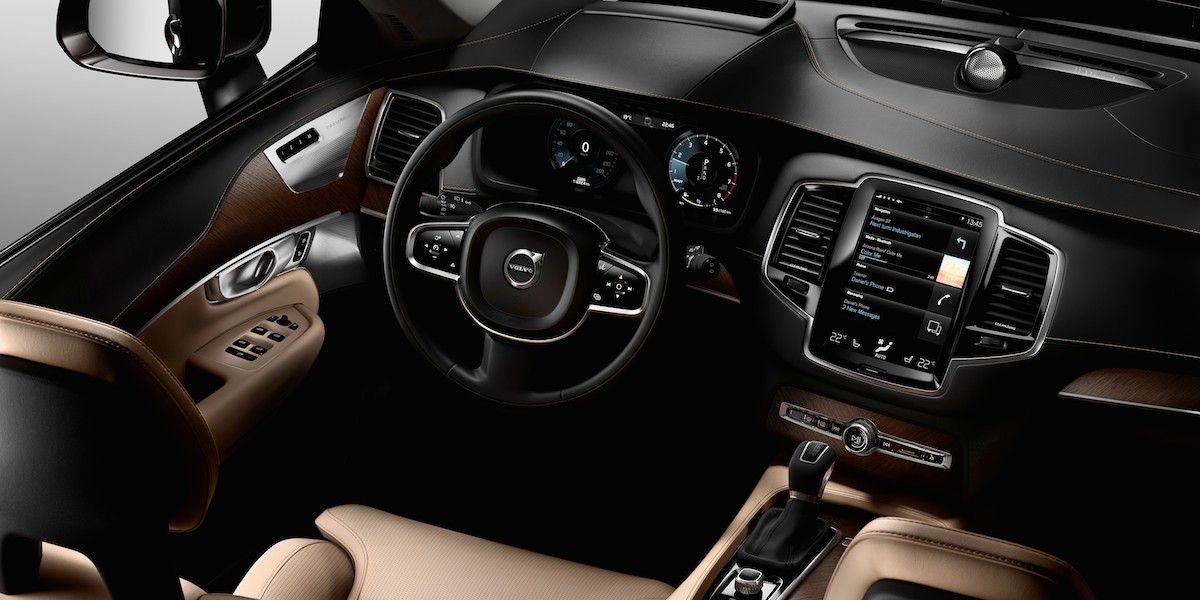 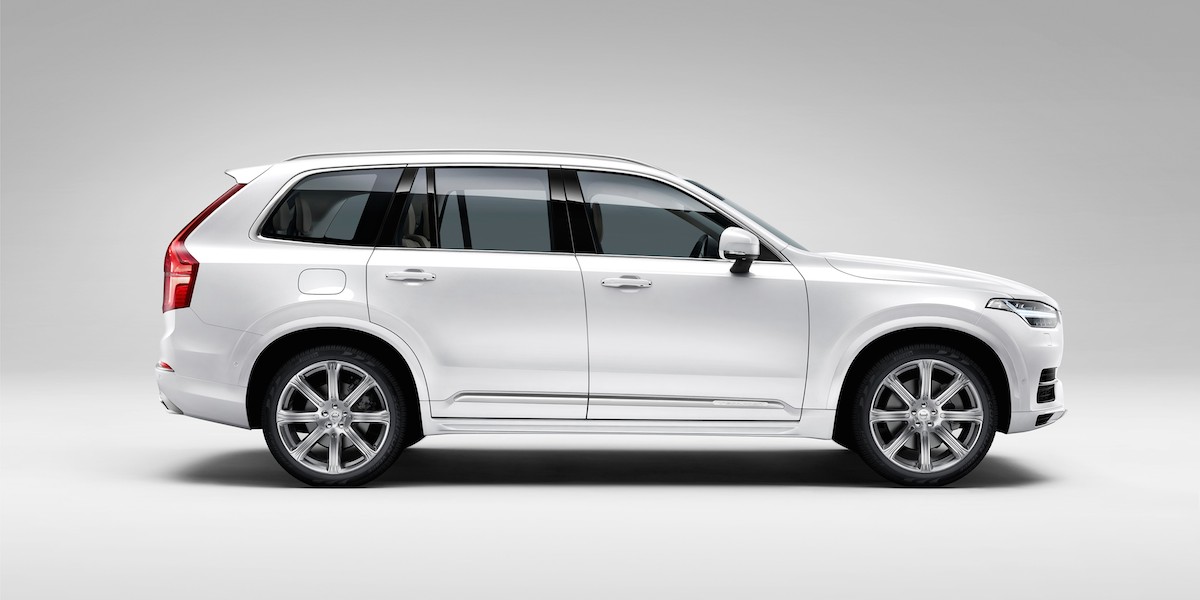 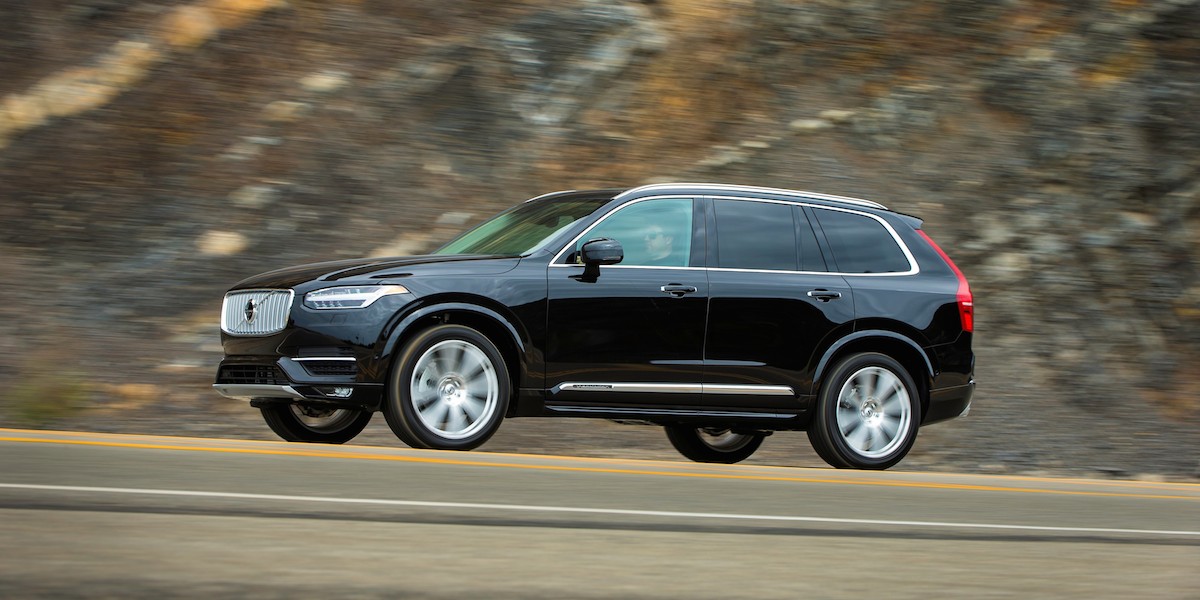 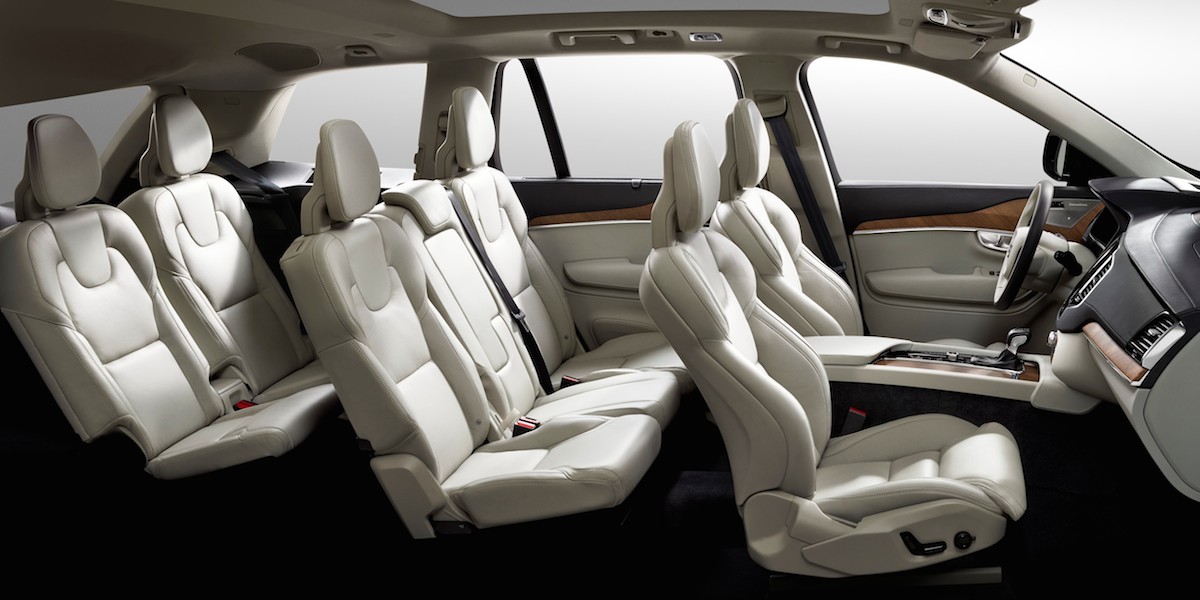 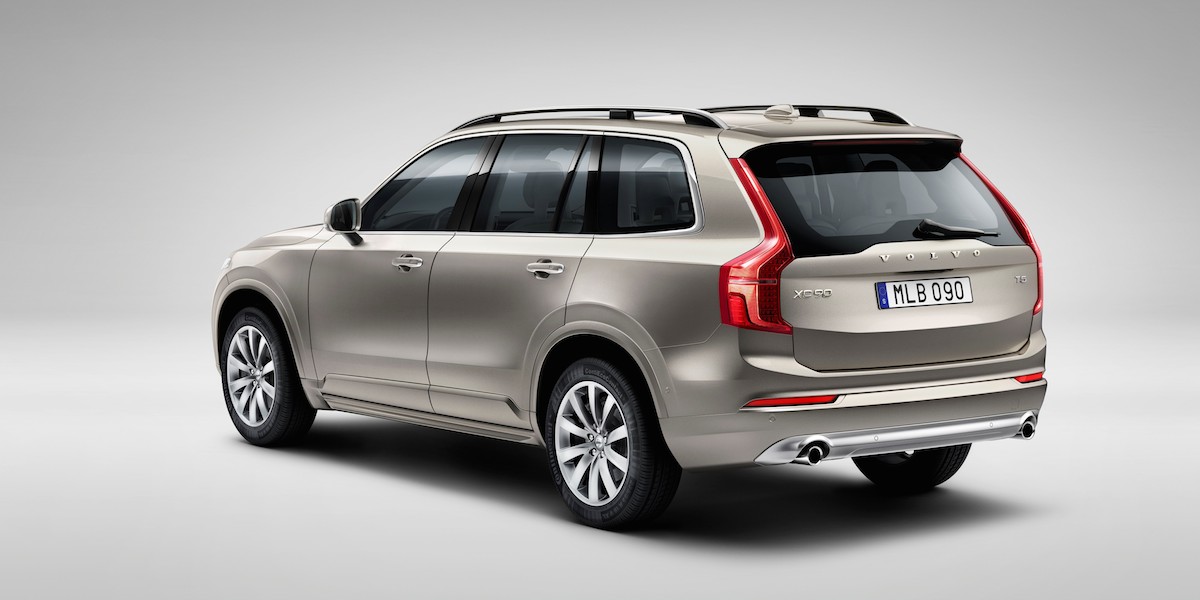 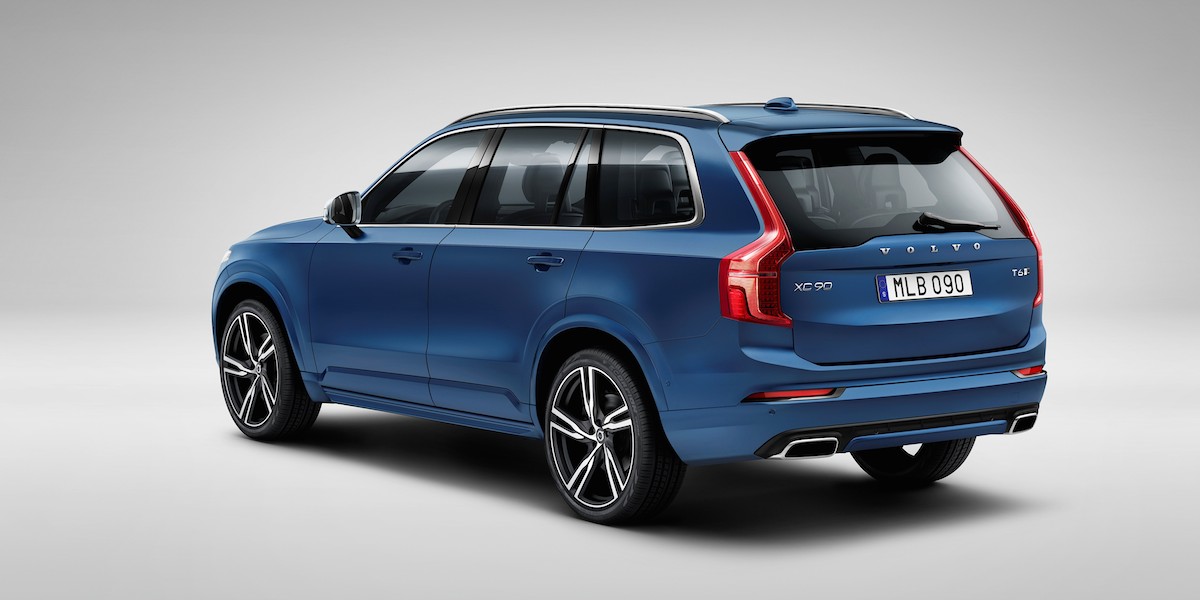 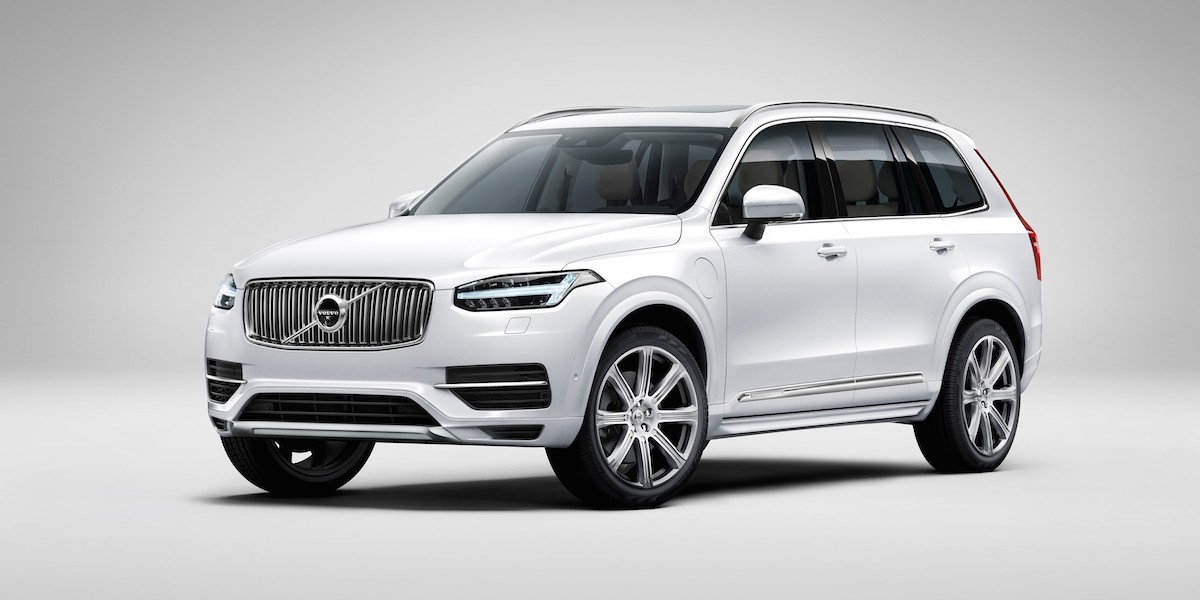 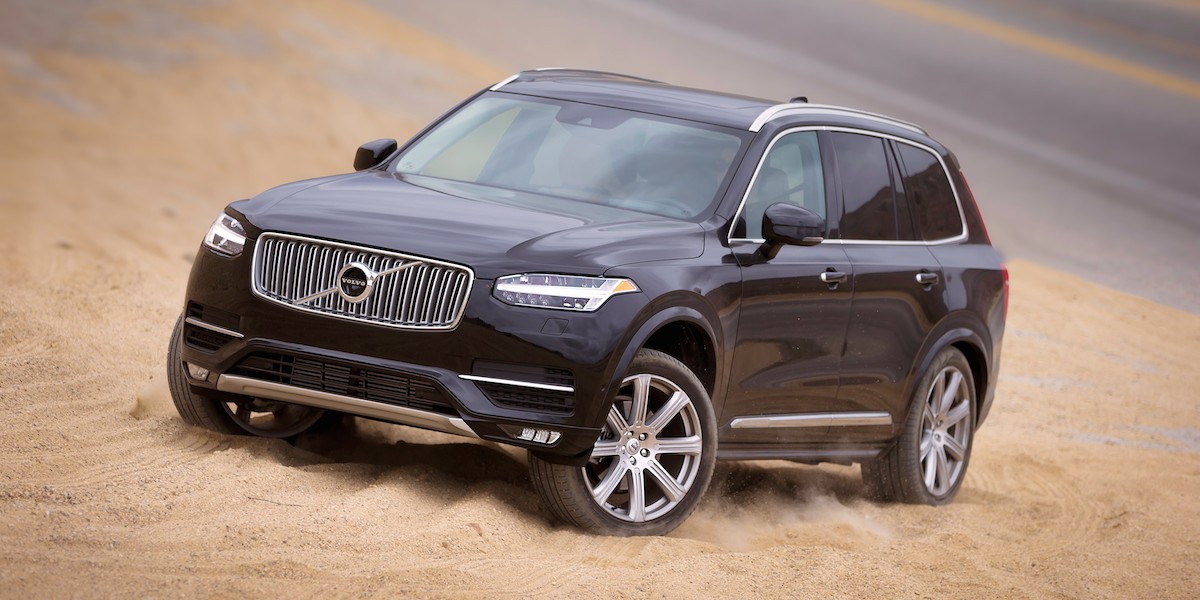 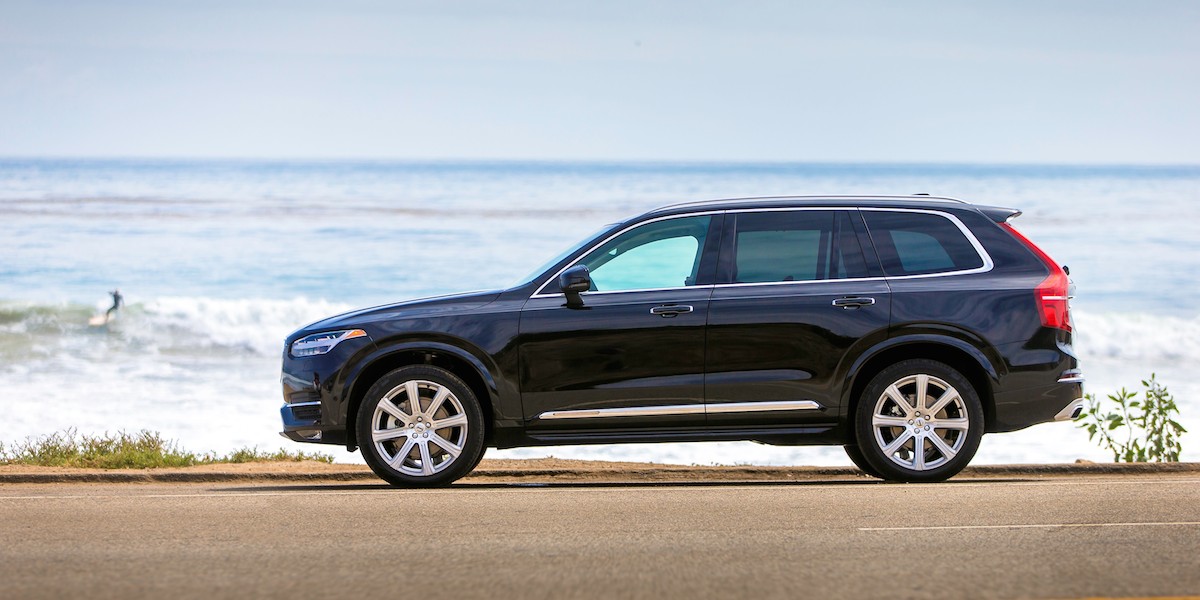 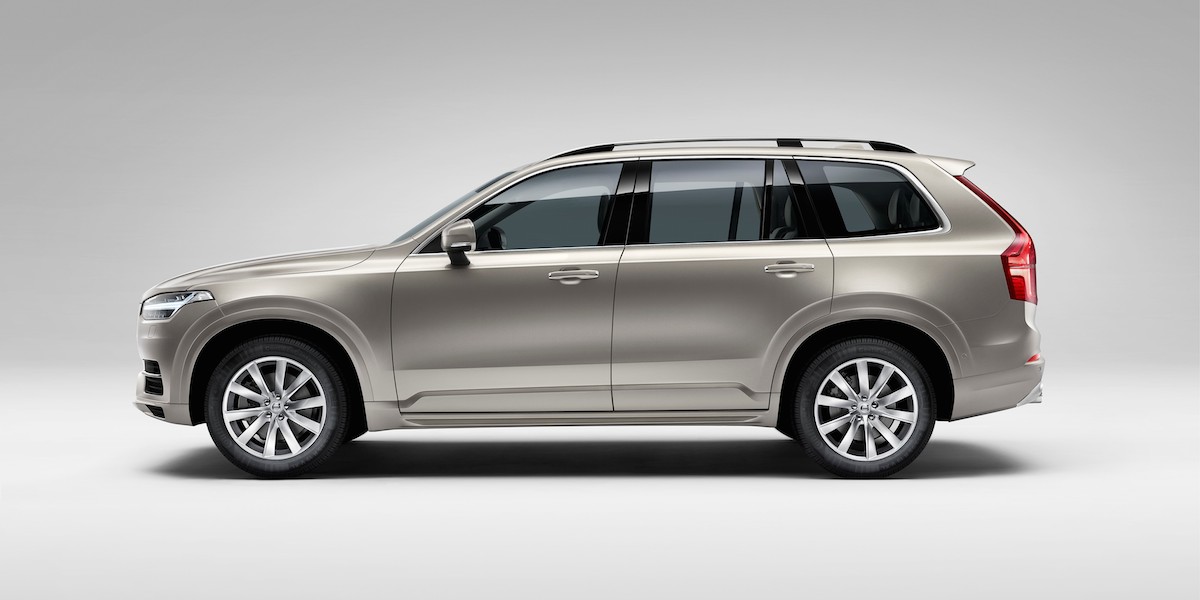 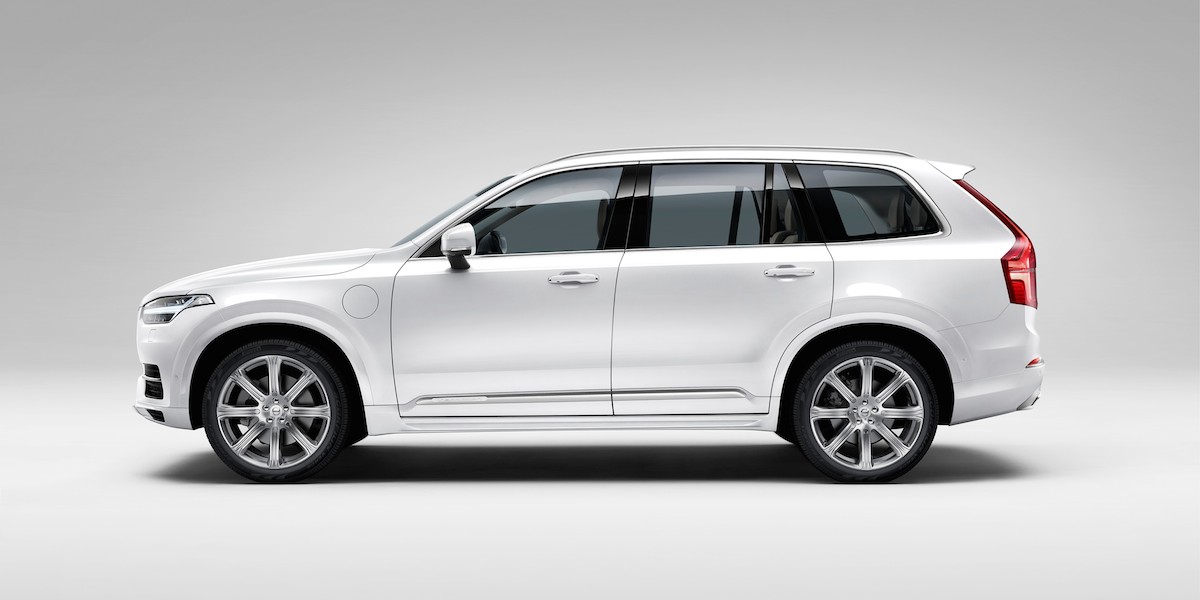 The all-new XC90 offers a spacious, sumptuously trimmed cabin; decent fuel economy from its 4-cylinder engine; and loads of innovative and unconventional features that set it apart from its competition.

Headroom in the third-row seat is cramped for adults, and the touchscreen control interface complicates some previously simple functions.

Volvo also offers a significantly pricier plug-in hybrid version of the XC90 called T8. It uses the same 4-cylinder powertrain as the non-hybrid model, but it makes a total of 400 horsepower via a 60-kilowatt electric motor that drives the rear wheels.

The XC90 is Volvo’s three-row midsize SUV. It seats seven and is available in base T6 Momentum, sporty T6 R-Design, and luxury T6 Inscription trim levels. All are powered by a turbocharged and supercharged 2.0-liter 4-cylinder engine that makes 316 horsepower and is paired with an 8-speed automatic transmission. All-wheel drive is standard. Available features include integrated second-row booster seats, height-adjustable air suspension, pedestrian and cyclist warning/braking system, lane-departure warning, blind-spot and cross-traffic alerts, 360-degree around-view camera, a “Park Assist Pilot” that automatically steers into stall-type spaces, and “Pilot Assist” adaptive cruise control that will automatically mimic the speed and steering of a vehicle in front of the XC90 at speeds below 30 mph.

The EPA rates the XC90 at 20 mpg city/25 highway. In Consumer Guide® testing, an all-wheel-drive Elite averaged 19.2 mpg in about 65-percent city driving.

The XC90’s redesign was long overdue—the basic design of the previous version dated all the way back to the 2002 model year. The new model was worth the wait. A 4-cylinder engine is certainly an unexpected choice for a vehicle of this size and weight, and the XC90’s 2.0 sometimes struggles to move it in a smooth, seamless fashion. Despite this, the XC90 has a truly luxurious feel inside and out. Its classy presence, long list of desirable features, and class-competitive pricing make it a premium midsize SUV standout.