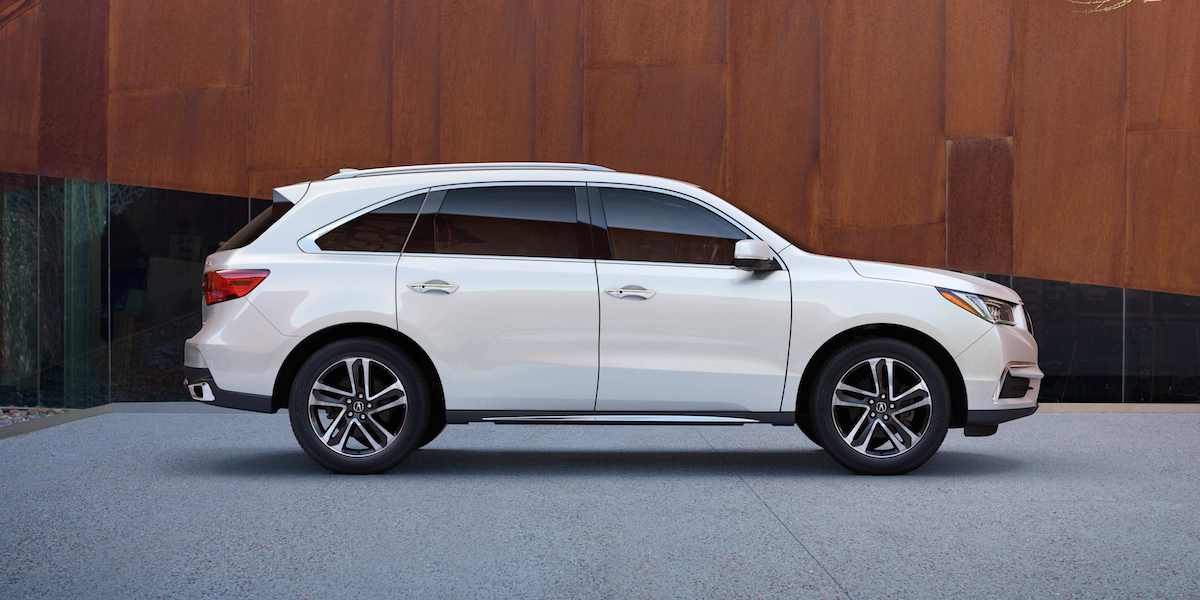 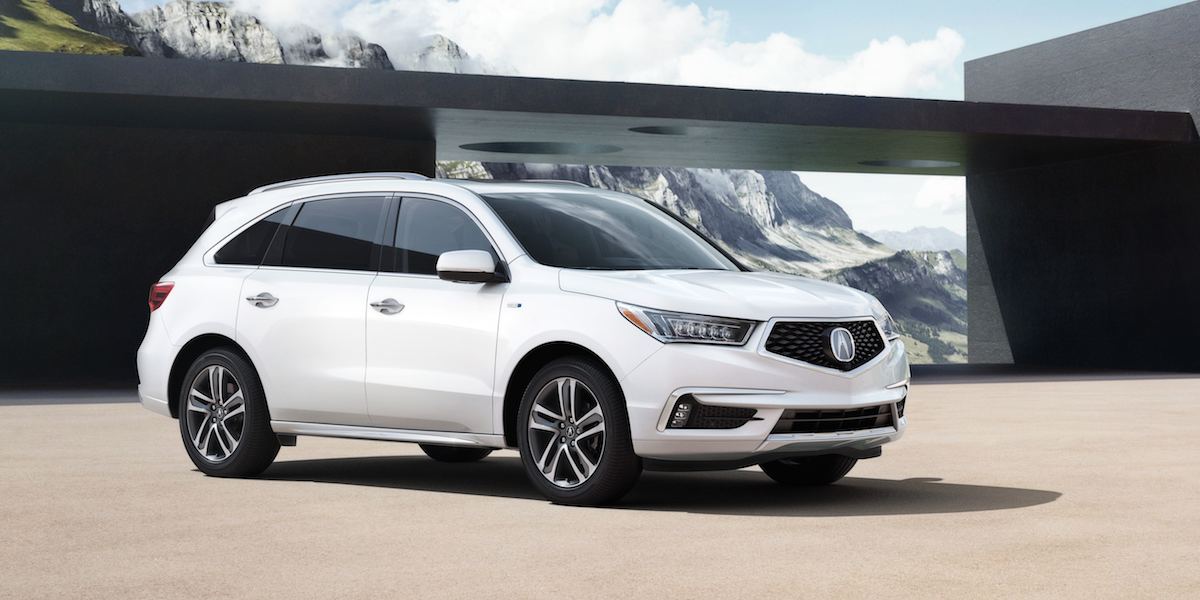 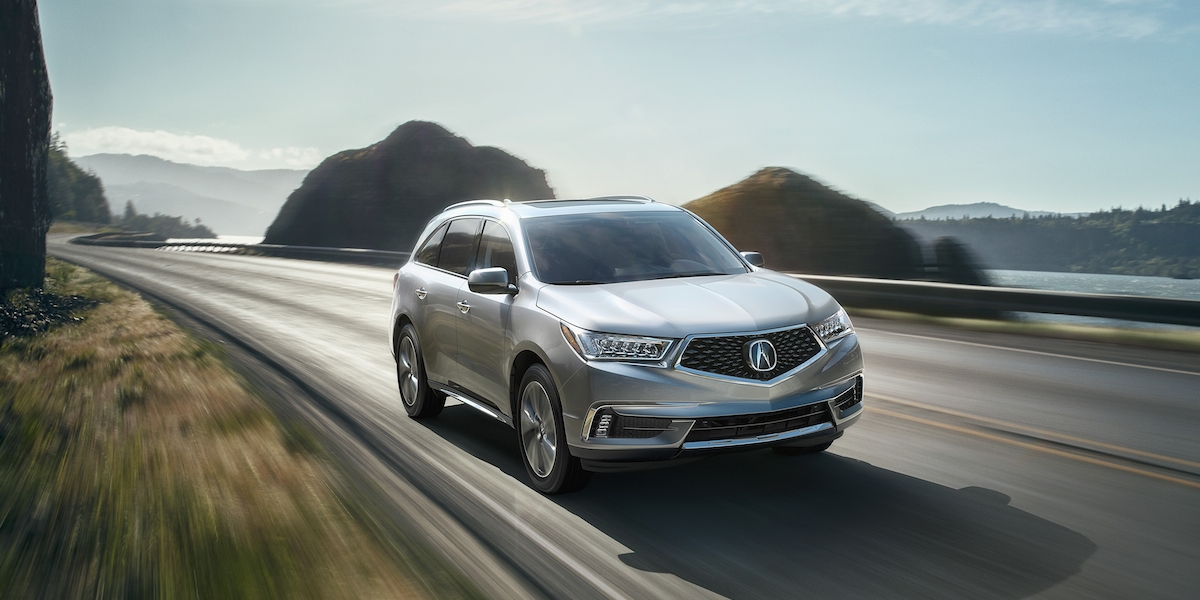 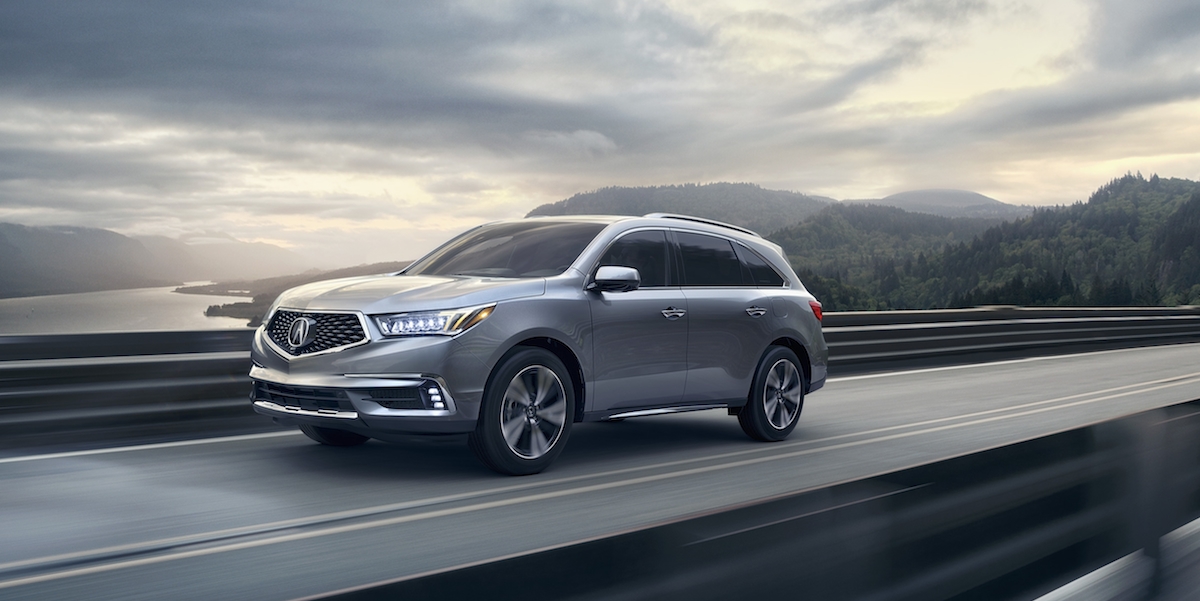 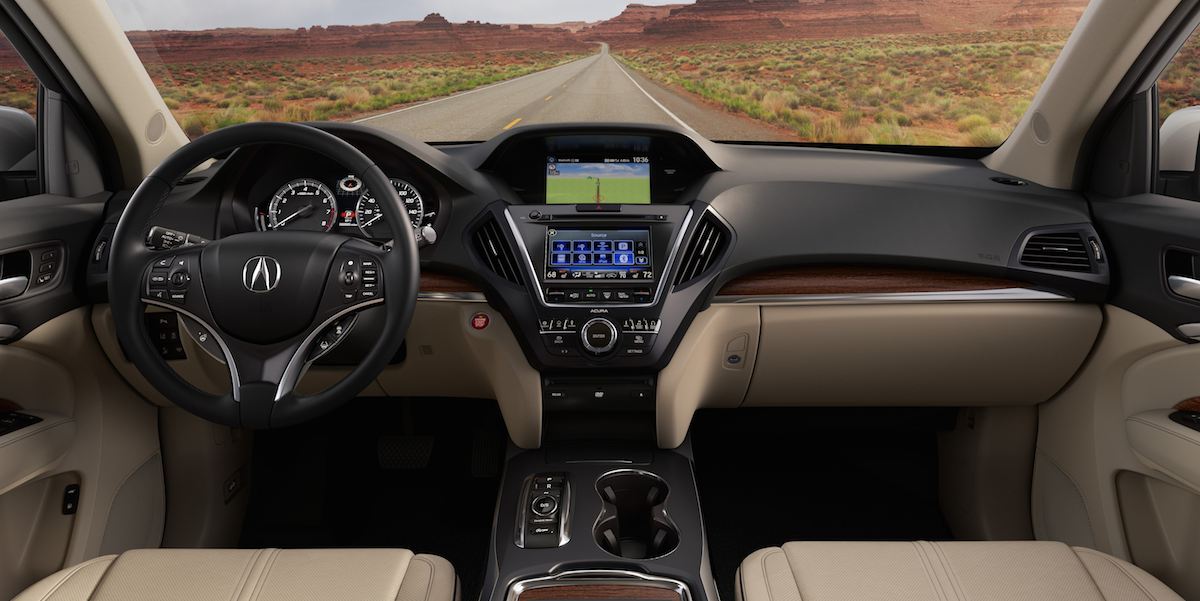 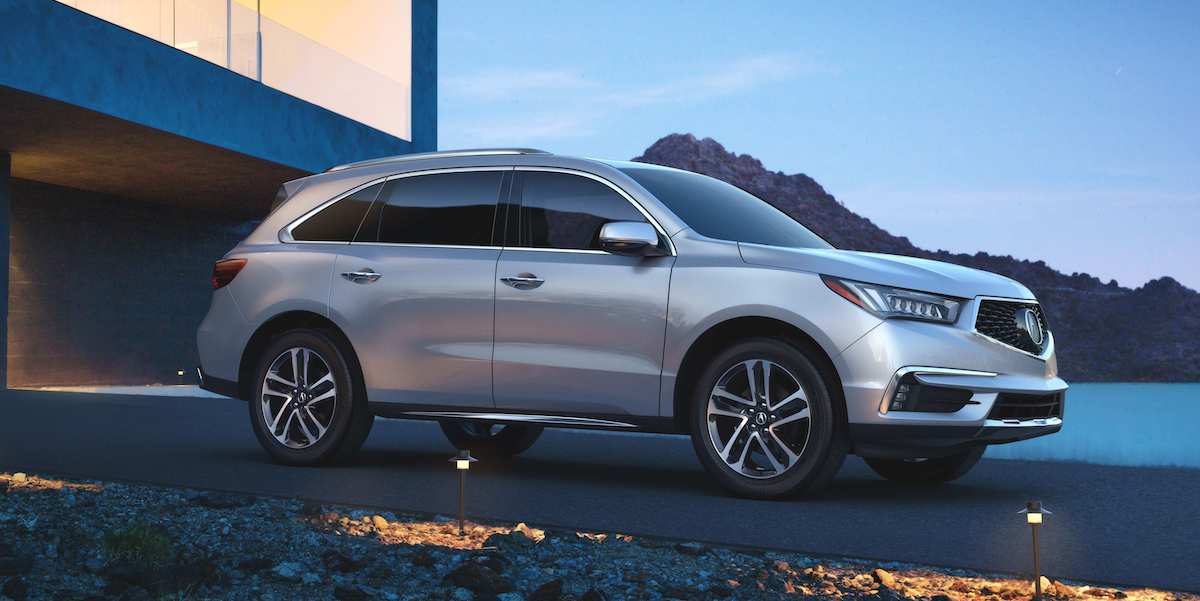 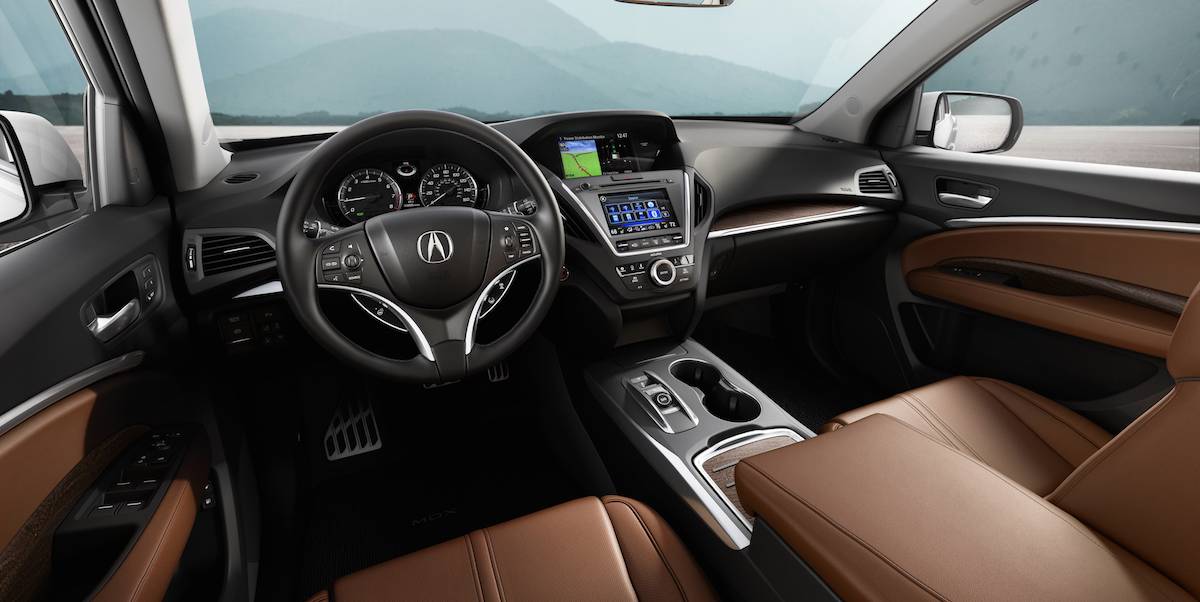 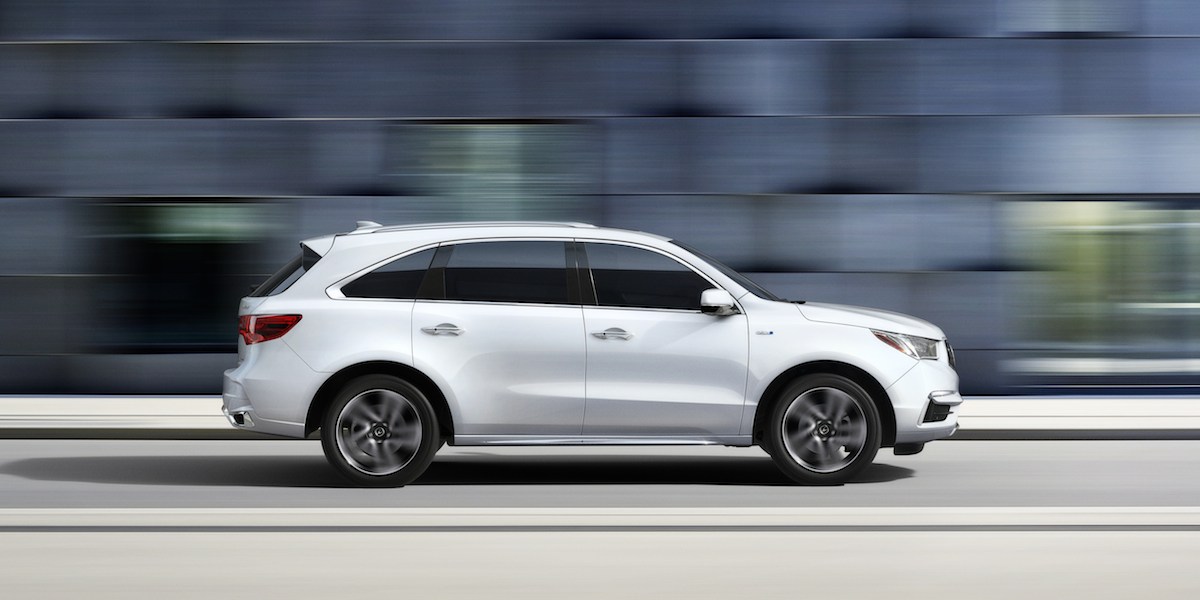 The MDX delivers a sporty driving character, a high level of cabin refinement, and a fine selection of high-tech features, along with the expected passenger and cargo utility of a 7-passenger crossover SUV.

The MDX is Acura’s 7-passenger crossover SUV, and it’s been a consistent best seller for the brand since its introduction in 2001. Trim levels (which Acura handles like option packages) ascend through entry-level Base, volume Technology, more feature-rich Technology with Entertainment, and top-line Advance and Advance with Entertainment. All are powered by a 3.5-liter V6 paired with a 9-speed automatic transmission with a push-button gear selector. Base MDXs have a fairly high level of standard equipment, including leather upholstery, heated power front seats, power liftgate, sunroof, rearview camera, keyless entry/starting, and LED headlights. Plus, the AcuraWatch suite of safety equipment is newly standard on all MDXs for 2017. It includes adaptive cruise control with low-speed-follow functionality, forward-collision mitigation system with automatic braking, lane-departure warning, blind-spot warning, rear cross-traffic alert, and lane-keep assist. The MDX is one of the lightest vehicles in its segment, checking in at a couple hundred pounds less than some two-row, 5-passenger crossovers.

The MDX lineup gains a new Sport Hybrid version for 2017 that uses a 3.0-liter V6 engine paired to a 7-speed dual-clutch automated-manual transmission with an integrated electric motor powering the front wheels; a Twin Motor Unit with two electric motors powers the rear wheels. The system’s total horsepower output is 325, an increase of 35 hp over the regular MDX. Acura estimates the Sport Hybrid’s fuel economy at 25 mpg city/26 highway/26 combined—an increase of 7 mpg in city driving over the non-hybrid all-wheel-drive MDX. All 2017 MDXs get exterior styling updates that include a redesigned front fascia with new “Jewel Eye” headlights and a “diamond pentagon” grille.

The EPA rates the MDX at 19 mpg city/27 highway with front drive and 18/26 with AWD. MDXs with the Advance Package have an auto start/stop feature that bumps their city number up by 1 mpg in both FWD and AWD models. In Consumer Guide® testing, an all-wheel-drive MDX with the Advance and Entertainment packages averaged 18.3 mpg in 55-percent highway driving. Acura recommends premium-grade gasoline.

The MDX drives and handles exceptionally well and boasts a quiet, refined cabin. Rear-seat room and comfort are not exceptional, and the control interface has a couple usability issues. Still, this Acura deserves a top spot on your shopping list. The top-line Advance Entertainment version is a bit pricey for what it offers, but the Base and Technology models deliver lots of safety, convenience, and luxury features at reasonable-for-the-class prices. Pricing for the new-for-2017 Sport Hybrid wasn’t yet released at press time, but the specs promise significant improvements in both economy and all-weather performance.