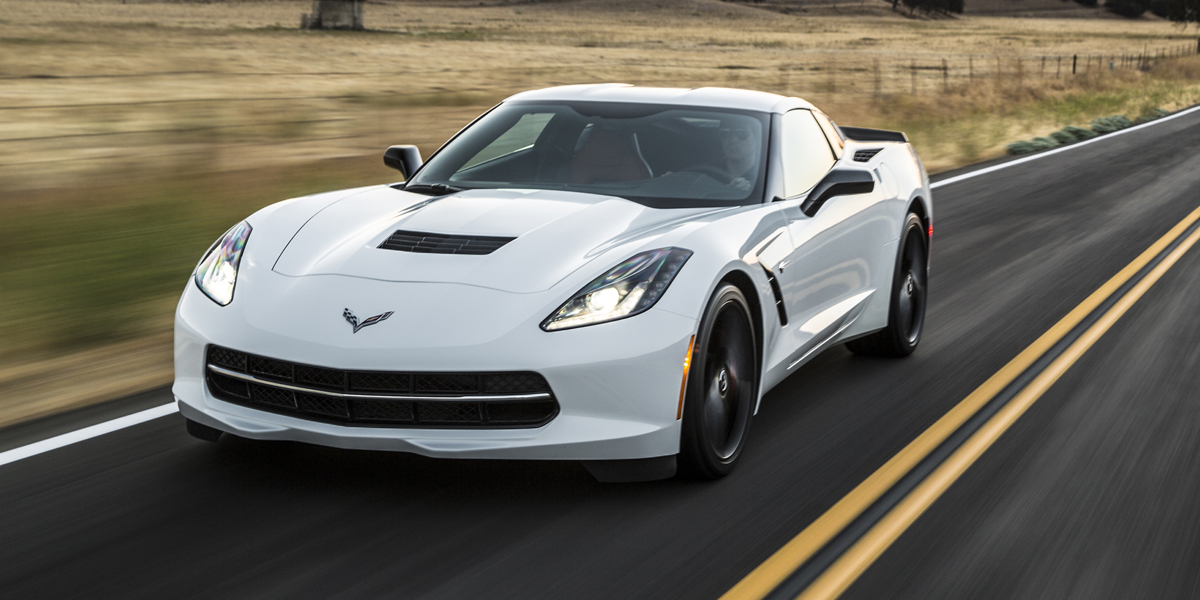 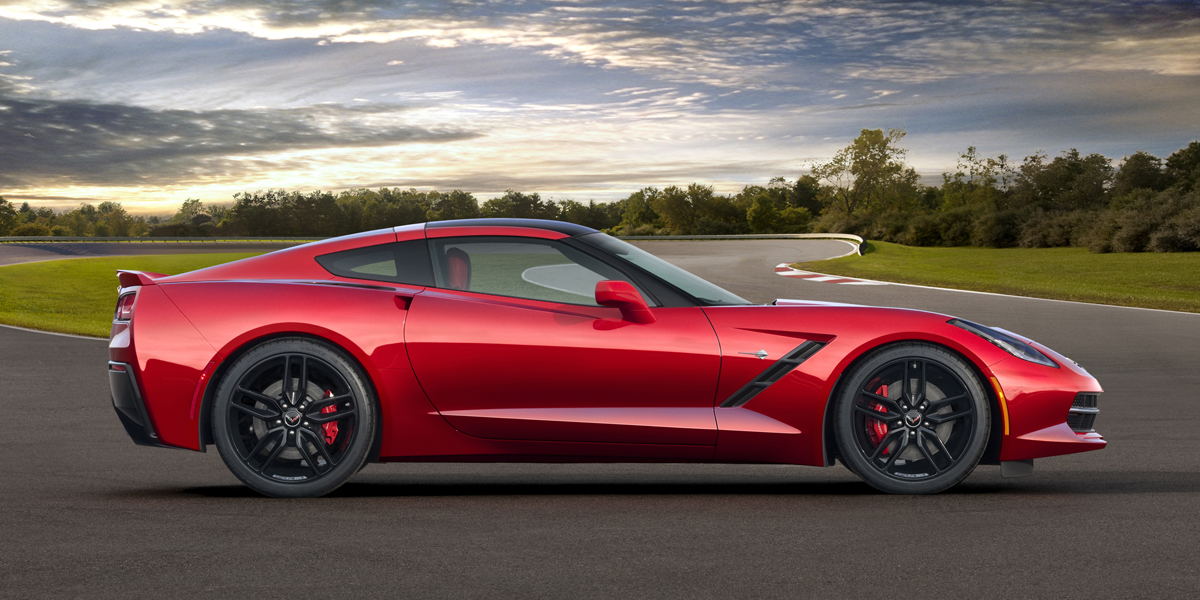 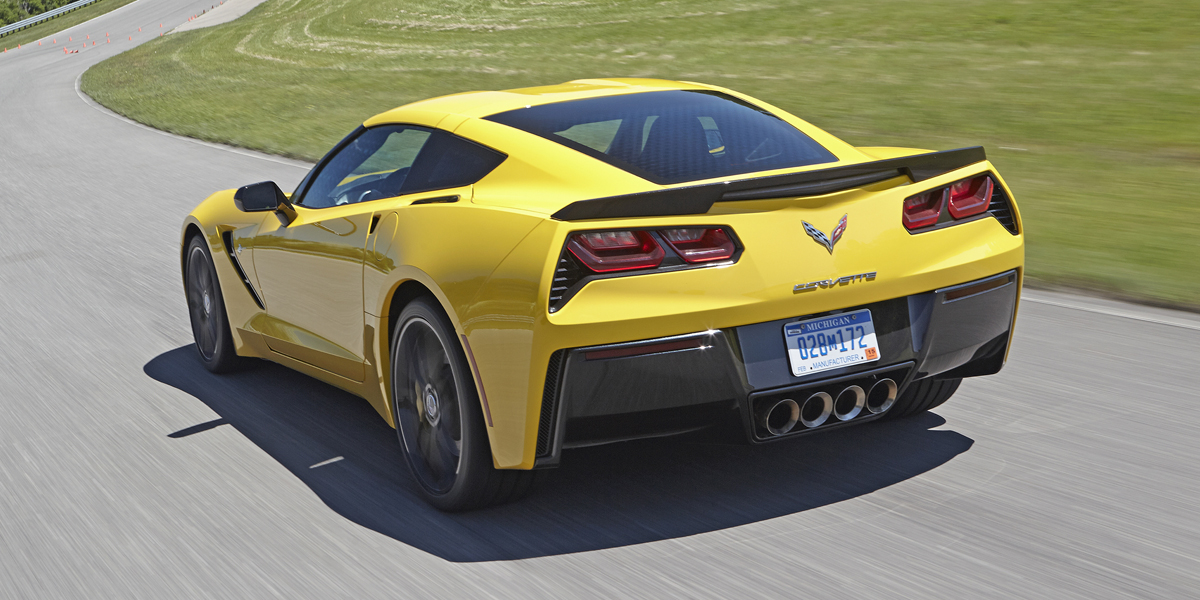 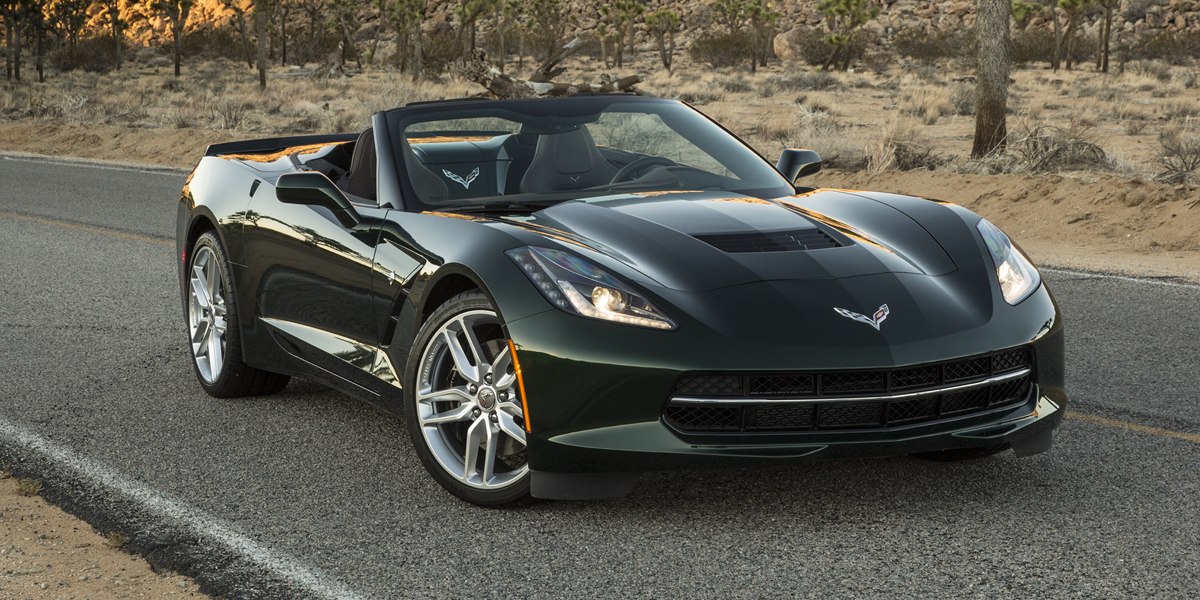 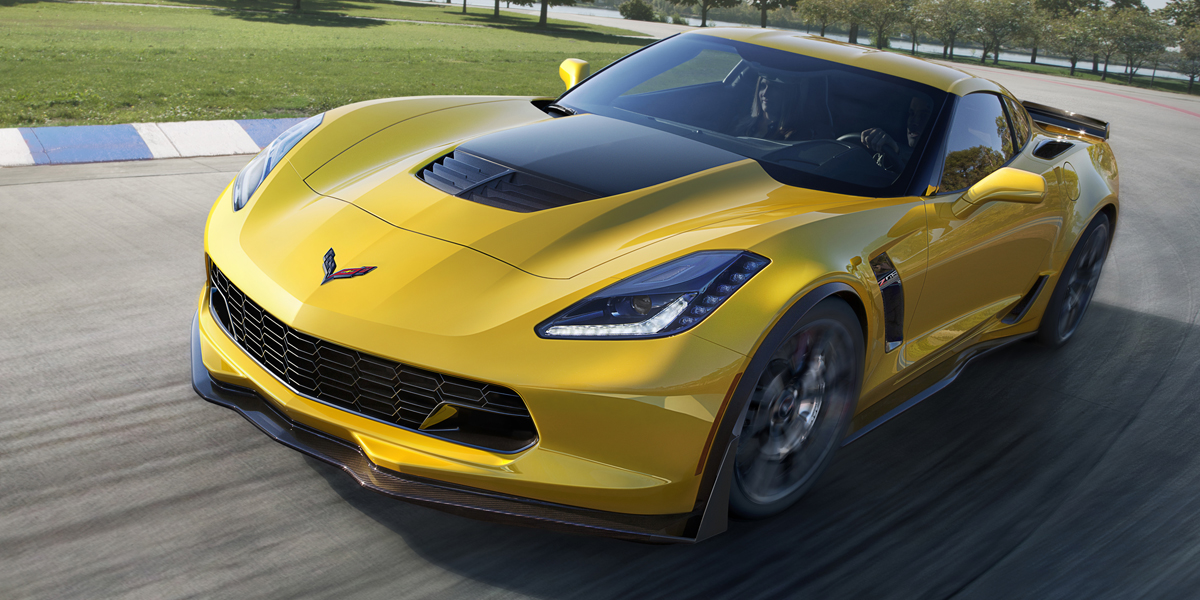 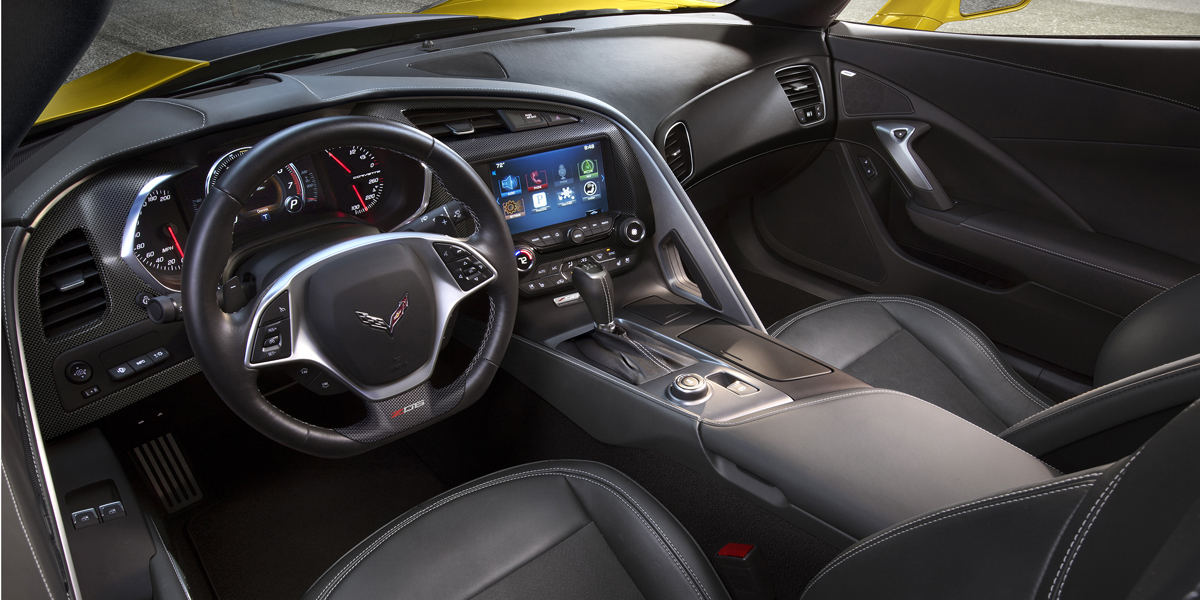 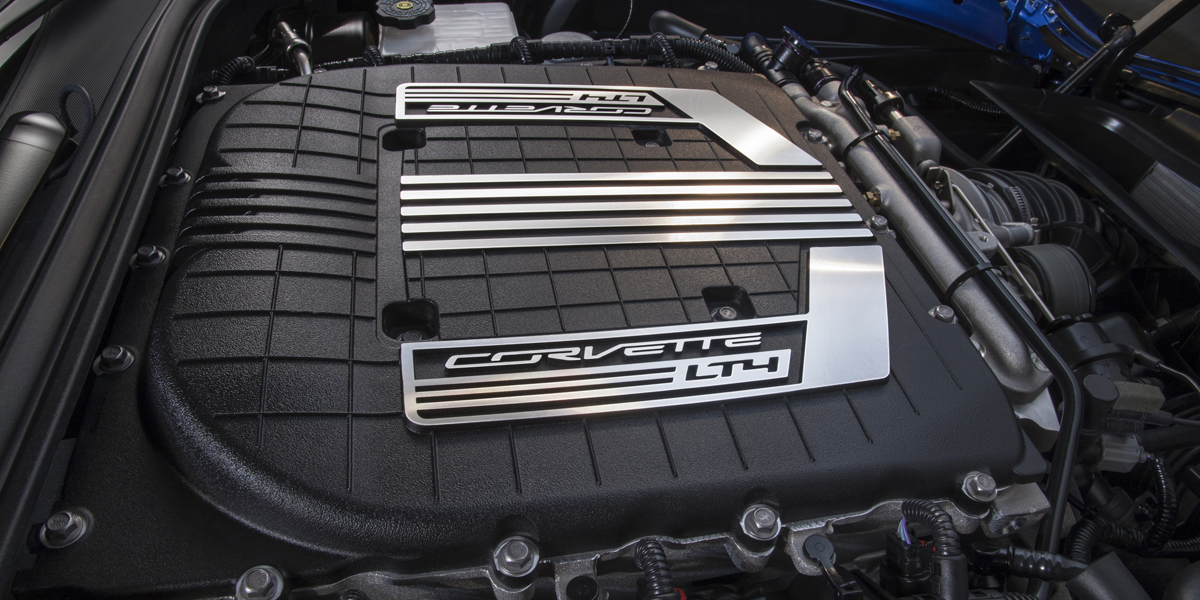 This level of overall performance usually costs thousands – if not tens of thousands – more.

Corvette is a two-seat, rear-drive sports car available as a coupe with a removable “targa” roof panel and rear hatchback, and as a convertible with a power-folding softtop and conventional trunk. The “base” engine is a 6.2-liter V8 with 455 horsepower (or 460 with the optional “free flow” exhaust system—which sounds terrific—included in the sporty Z51 Package), which can be coupled to either a 7-speed manual transmission or a new-for-2015 8-speed automatic with paddle shifters.

The Corvette sees a raft of changes for 2015 after its complete redesign for 2014. The most significant is the re-introduction of the ultra-performance Z06 model, which boasts a supercharged 6.2-liter V8 with 650 horsepower, an upgraded suspension, and lots of exclusive high-performance hardware. Like the rest of the Corvette lineup, the Z06 is offered as a coupe or convertible. Other updates for the 2015 Corvette include the above-mentioned 8-speed automatic transmission in place of the previous 6-speed, an available Performance Data Recorder, OnStar with 4G LTE Internet connectivity with a built-in Wi-Fi hotspot, and a broad range of interior and exterior trim options.

Corvette’s EPA numbers are impressive considering the performance offered: 17 city/29 highway with the manual transmission, and 16/29 with the automatic. The Z06’s ratings were not available at the time of publication. Premium-grade gas is recommended but not required on base Corvettes and required on the Z06.

Although there are a handful of cars that are quicker than the Corvette, most cost multiples as much. As such, the Corvette makes its mark as a performance bargain. But it’s really much more than that. It’s also a comfortable touring car with luxurious interior, decent cargo space, and all the latest infotainment gizmos. The reintroduction of the Z06 model seems certain to solidify the Corvette’s standing as a premium world-class sports car that doesn’t cost as much as all the other premium world-class sports cars.