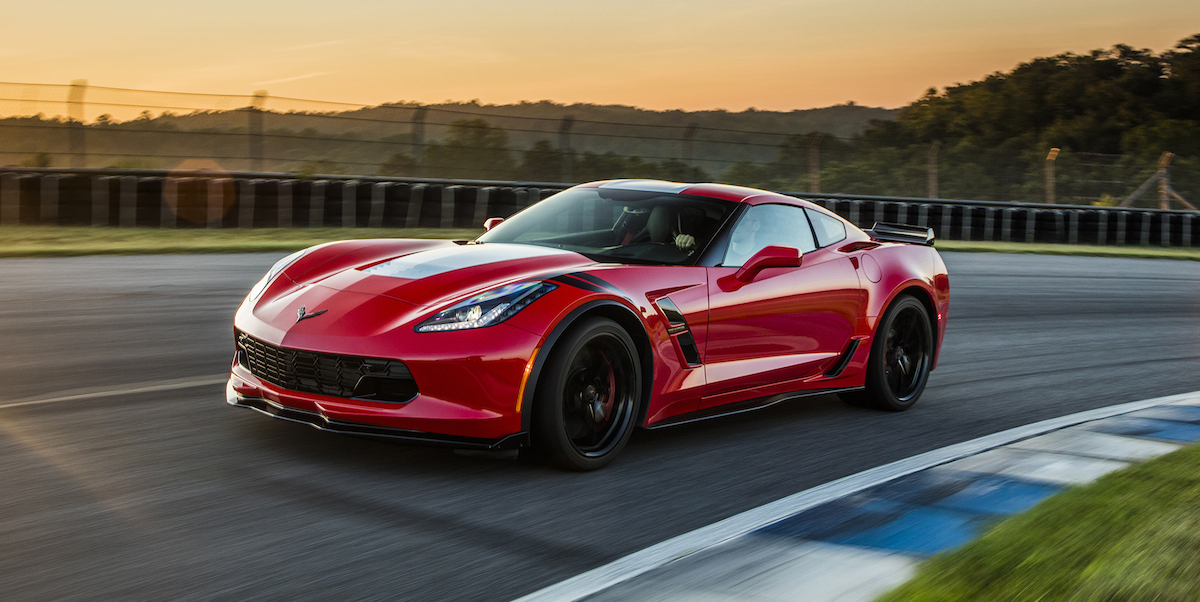 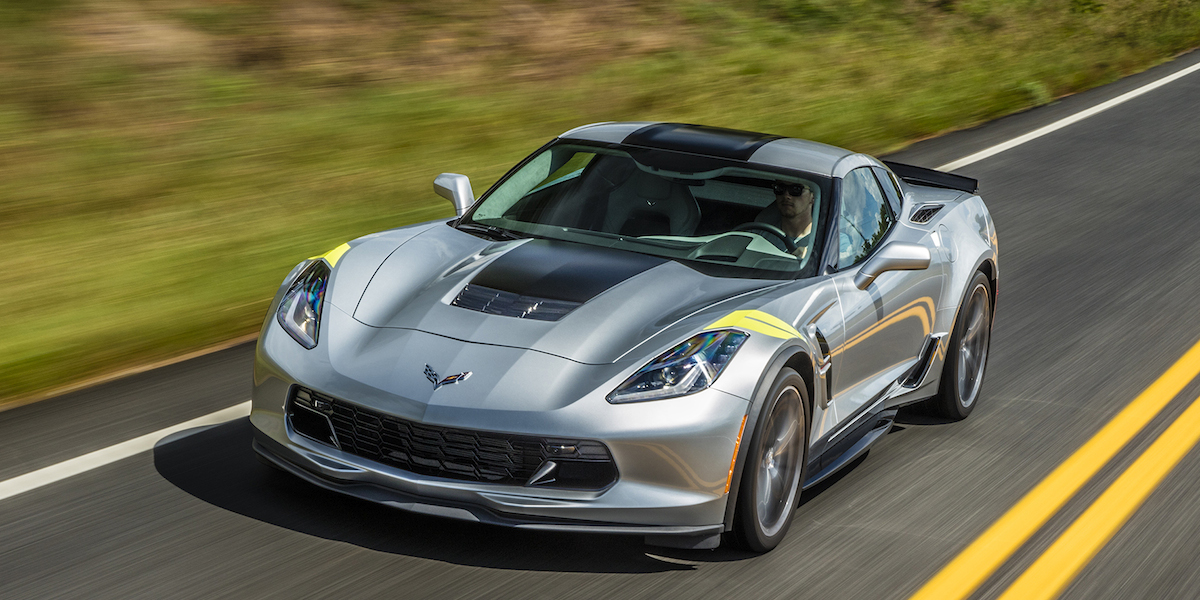 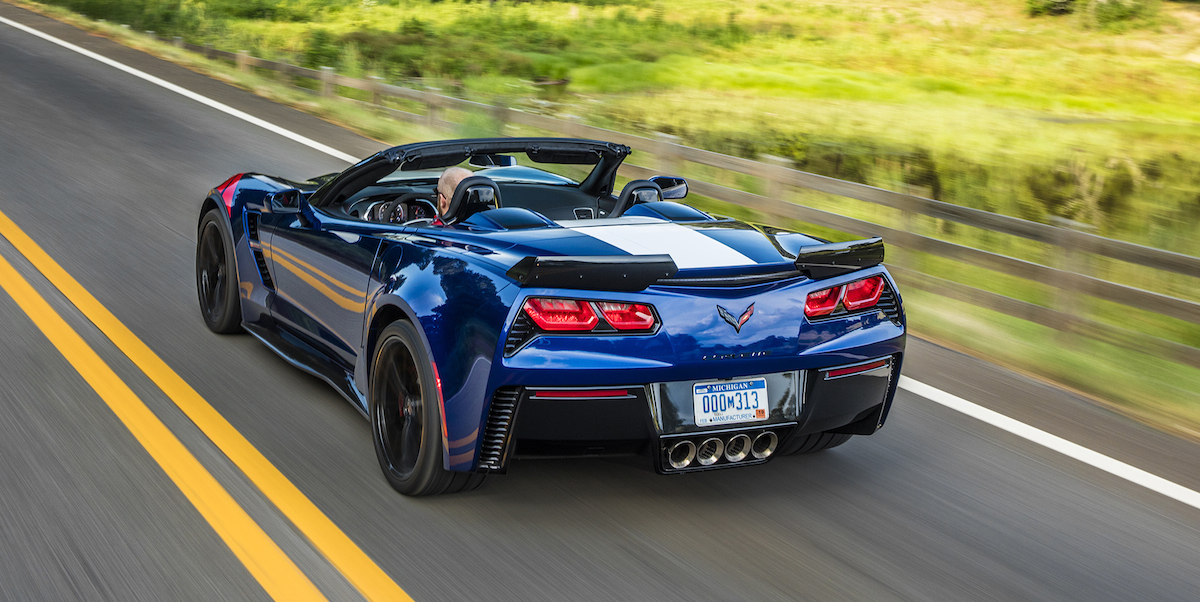 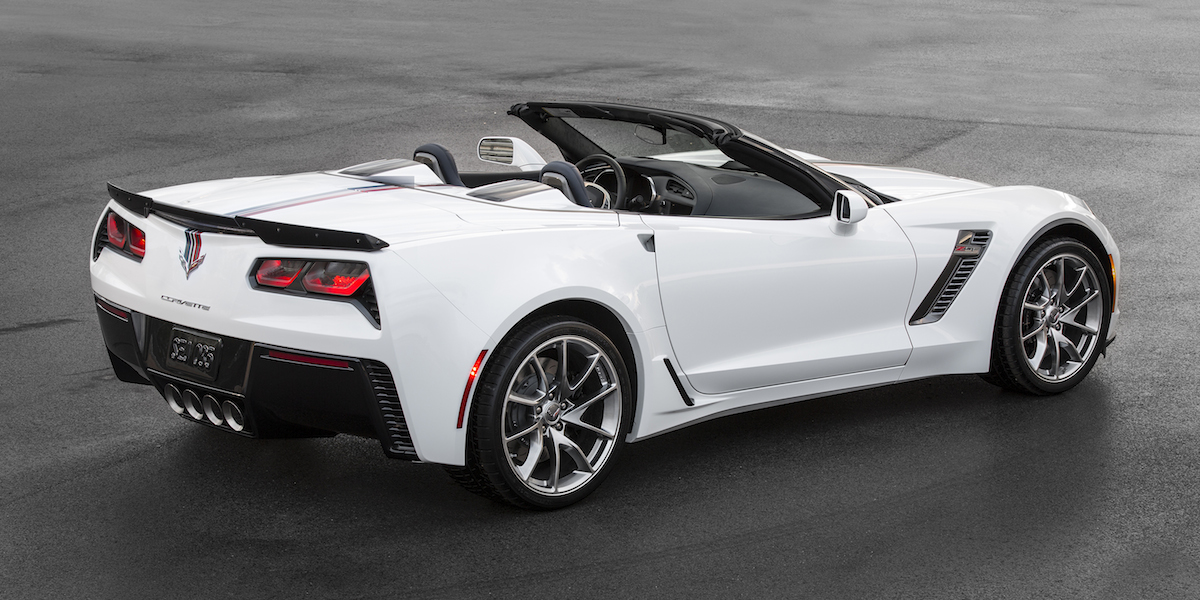 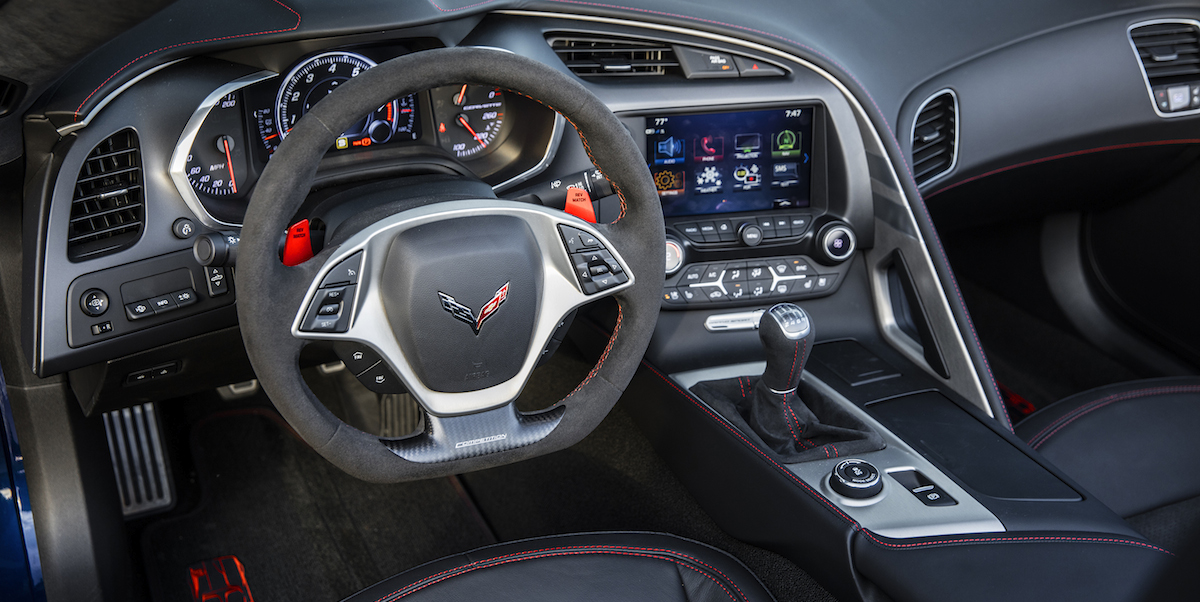 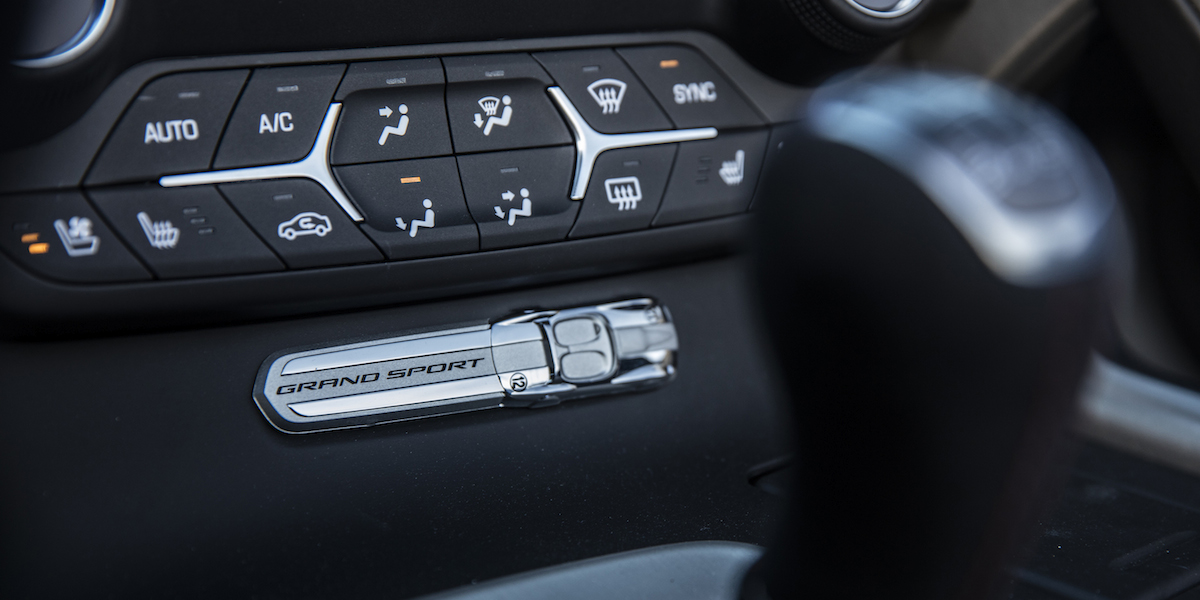 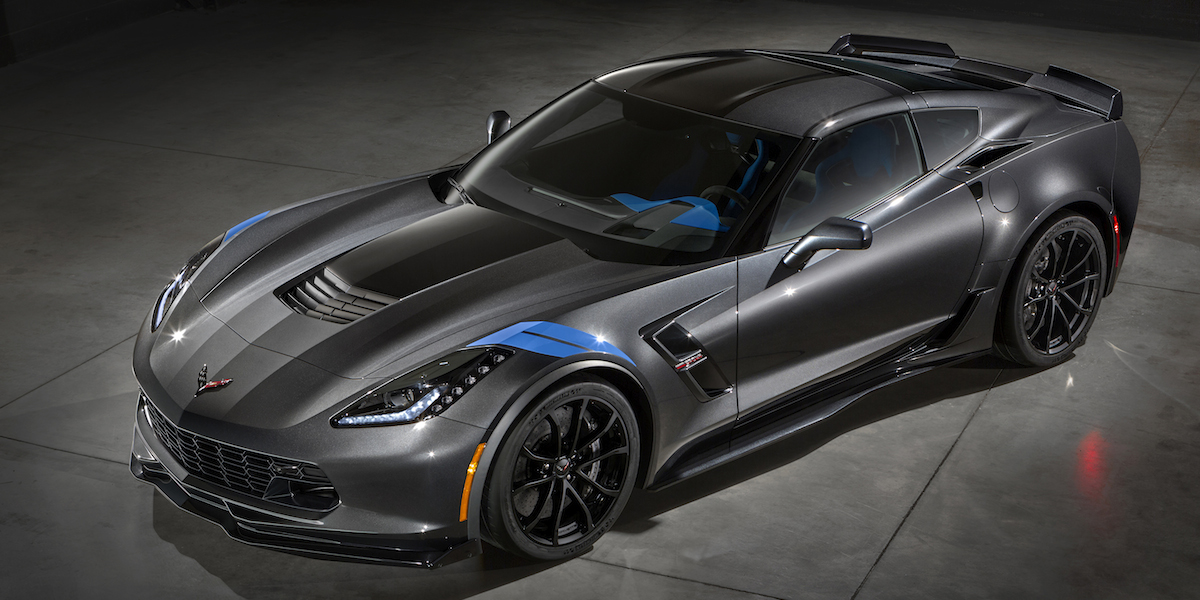 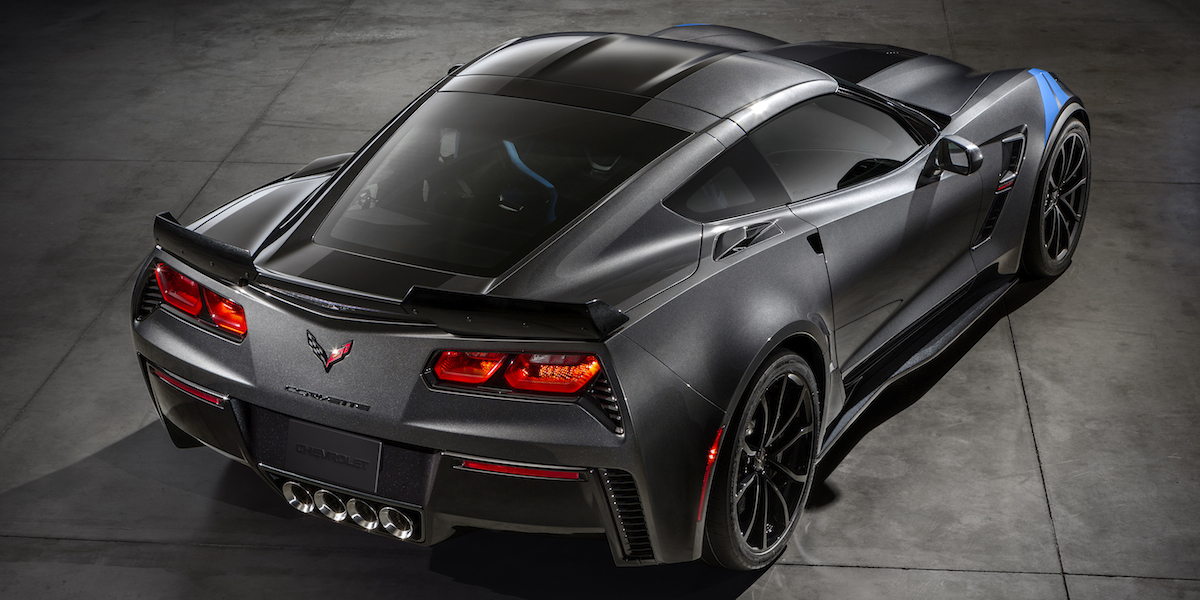 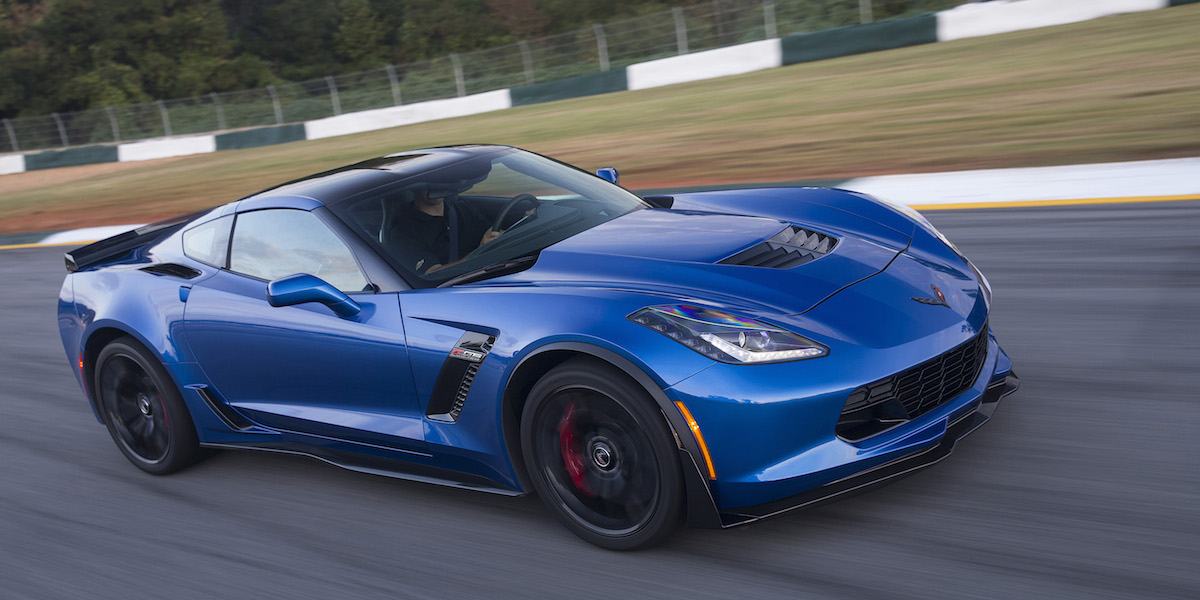 Corvette is a two-seat, rear-drive sports car available as a coupe with a removable “targa” roof panel and rear hatchback, and as a convertible with a power-folding soft top and conventional trunk. The base engine is a 6.2-liter V8 with 455 horsepower (or 460 with the optional “free flow” exhaust system—which sounds terrific—included in the sporty Z51 Package), which can be coupled to either a 7-speed manual transmission or an 8-speed automatic with paddle shifters. The ultra-performance Z06 model boasts a supercharged, 650-horsepower 6.2-liter V8, along with an upgraded suspension and lots of exclusive high-performance hardware. Like the rest of the Corvette lineup, the Z06 is offered as a coupe or convertible, and with manual- or automatic transmission. New for 2017 is a revival of the Corvette Grand Sport model, which slots between the base Corvette and the Z06 in the model lineup. The GS essentially blends the body and suspension upgrades of the Z06 with the powertrain of the base ‘Vette, along with some unique trim pieces.

Other than the addition of the new Grand Sport, the Corvette lineup sees no significant changes for 2017. The Grand Sport will also be available as a limited-run Collector Edition model with special trim inside and out.

Although there are a handful of cars that are quicker than a base Corvette, most cost multiples as much. As such, the Corvette makes its mark as a performance bargain. But it’s really much more than that. When properly equipped, it’s also a comfortable touring car with a luxurious interior, decent cargo space, and all the latest infotainment gizmos. The über-performance Z06 model solidifies the Corvette’s standing as a premium world-class sports car that doesn’t cost as much as all the other premium world-class sports cars. The new-for-’17 Grand Sport is a welcome revival that makes the top-dog Z06’s handling and styling upgrades available at a more accessible price point.