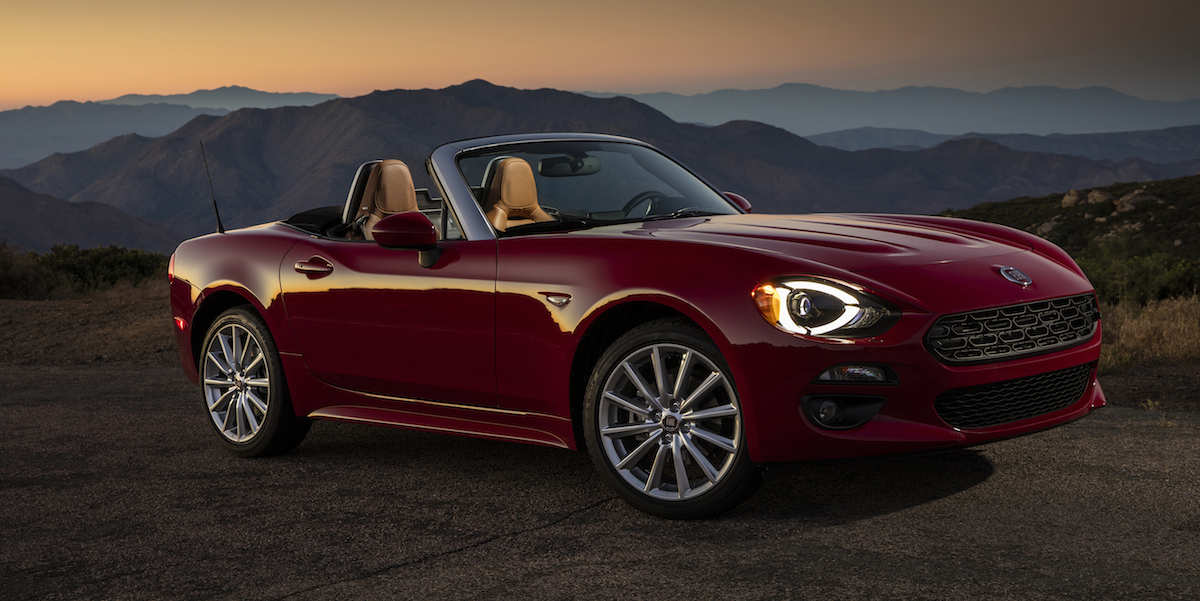 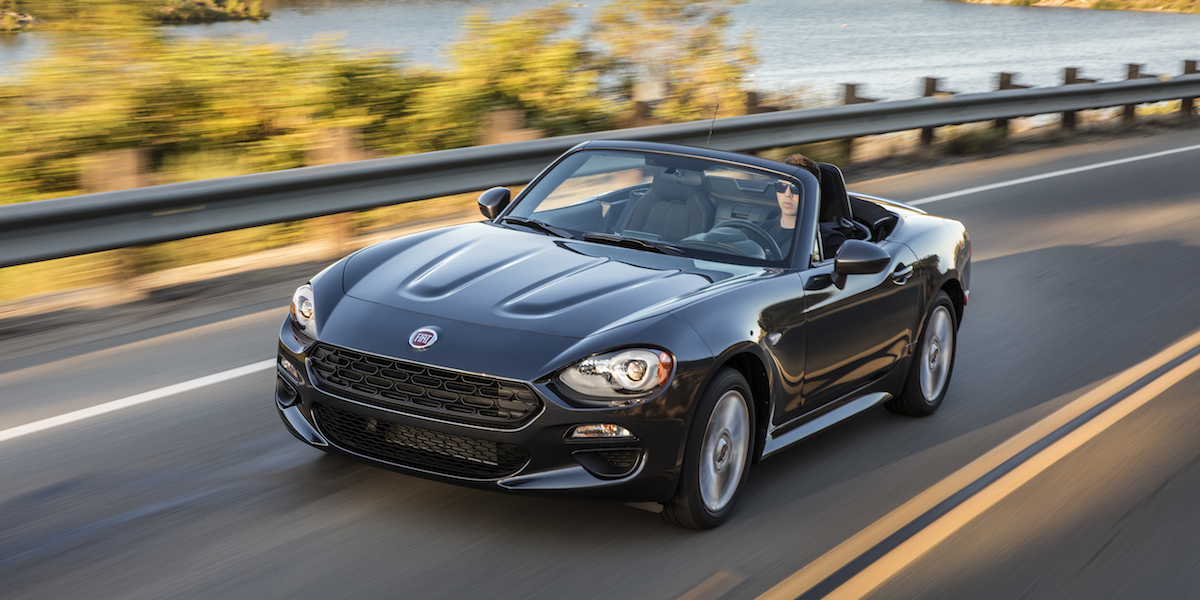 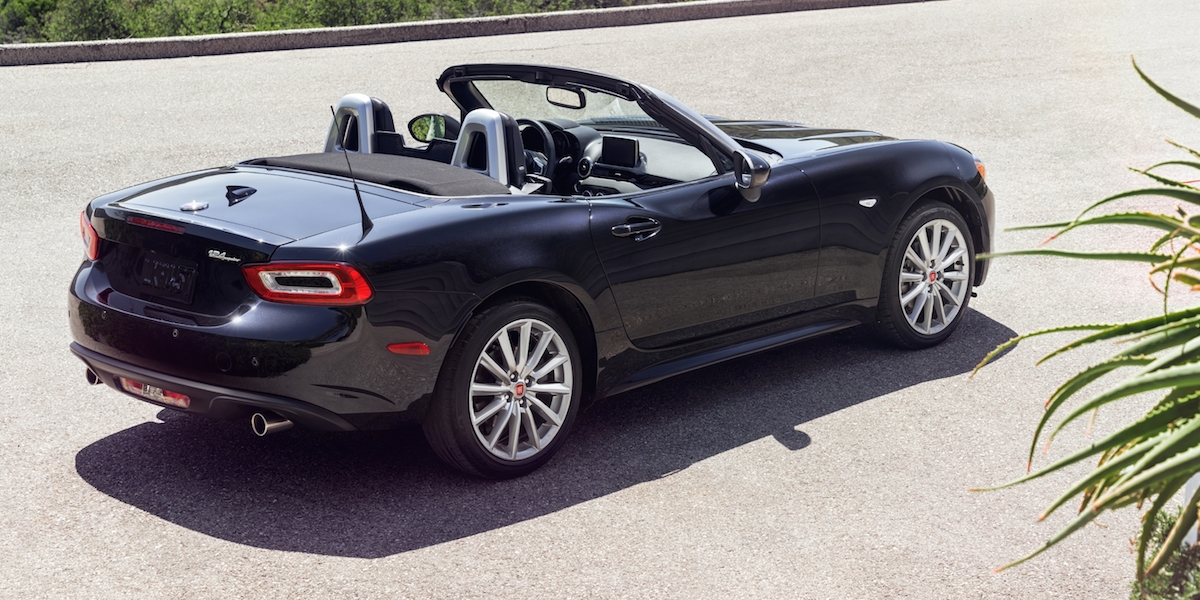 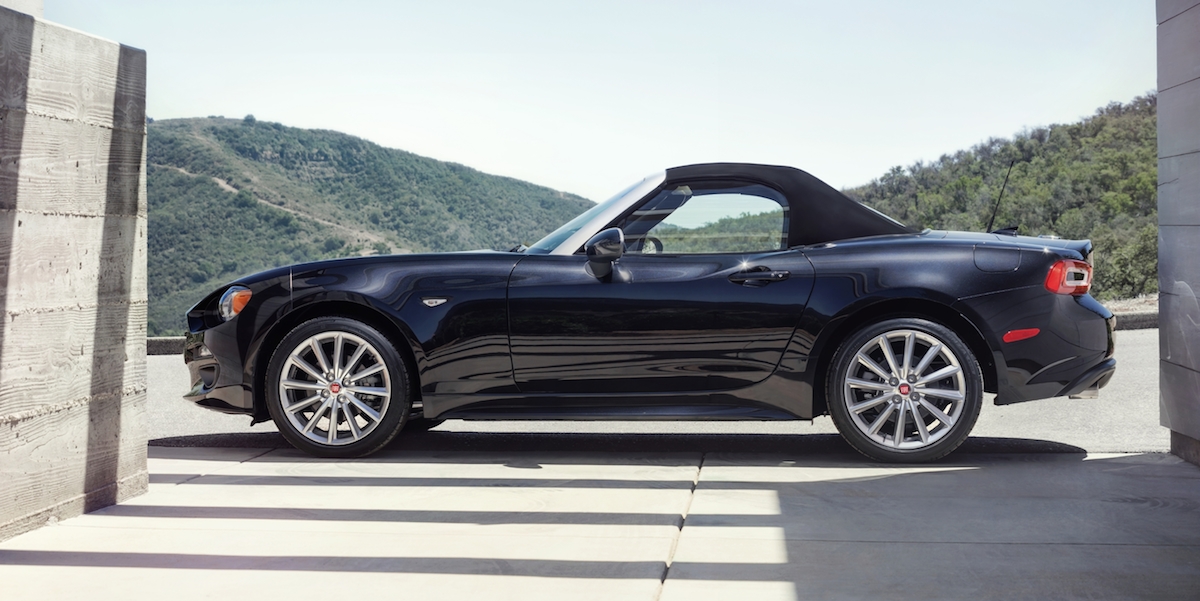 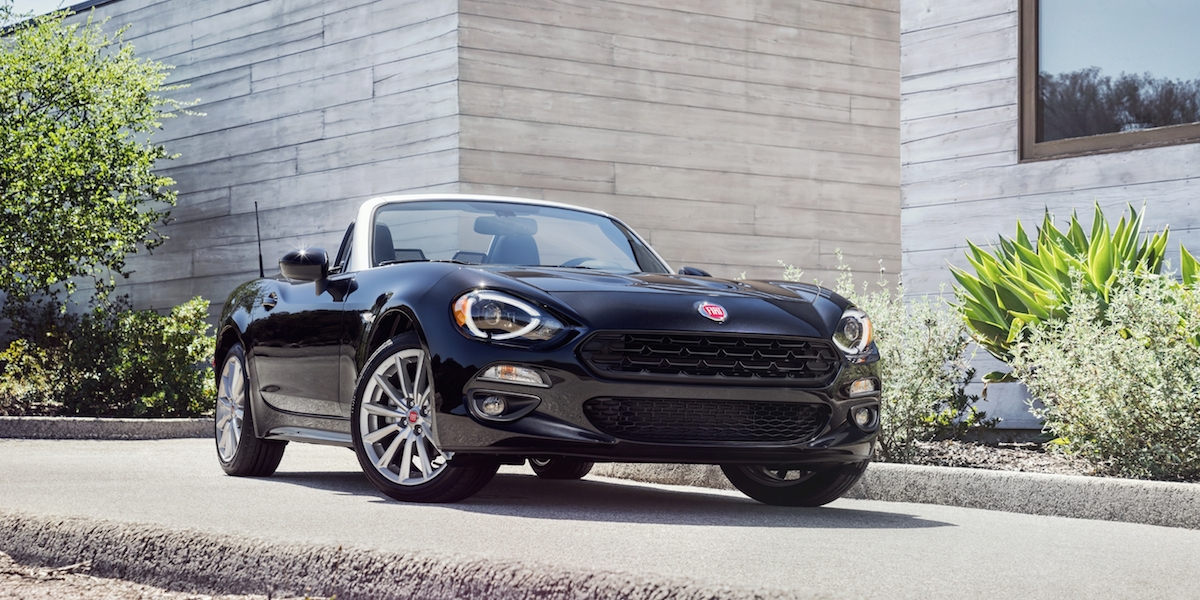 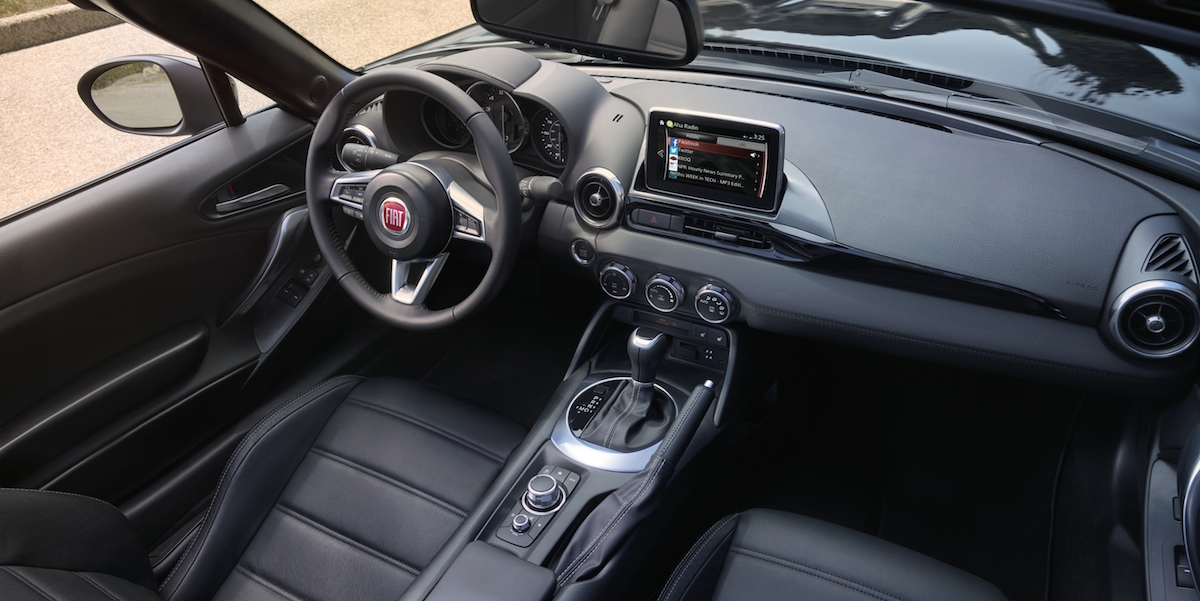 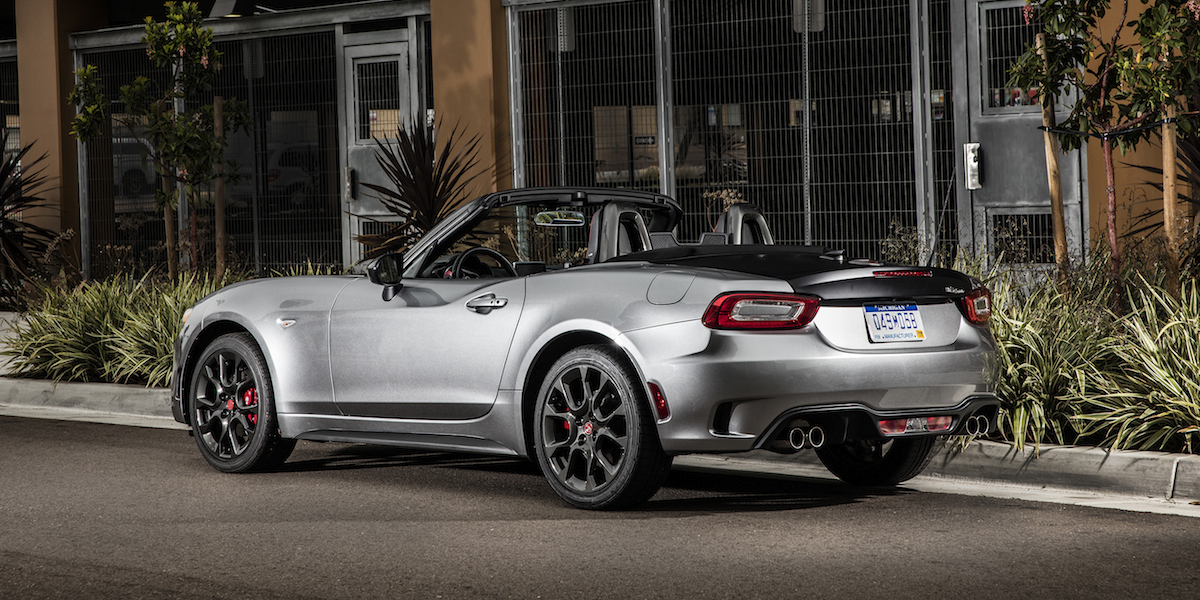 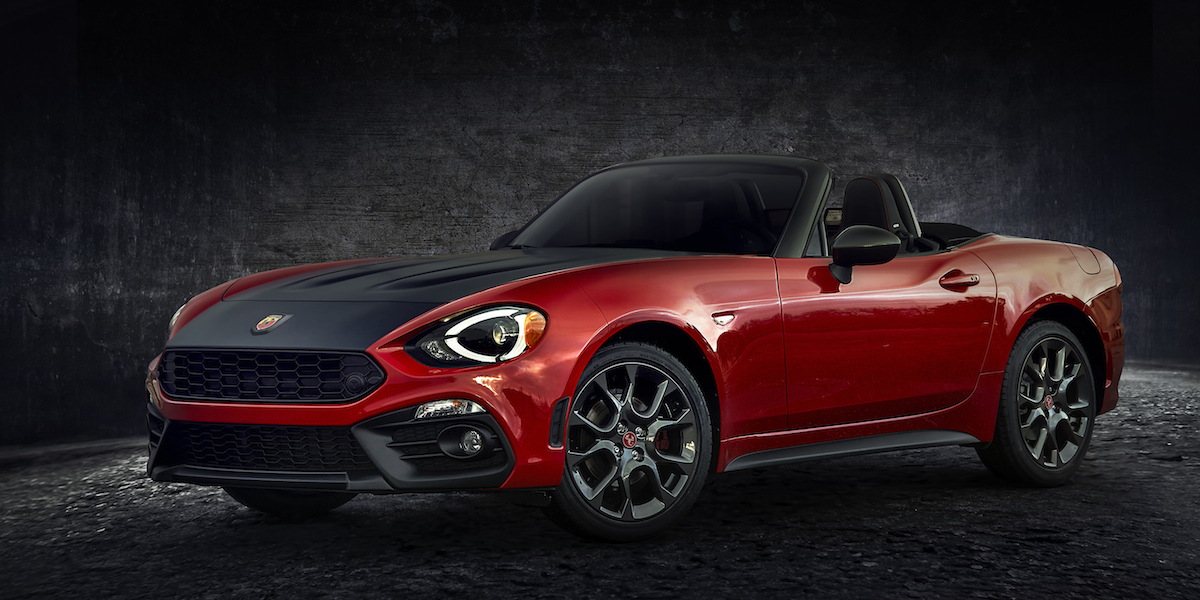 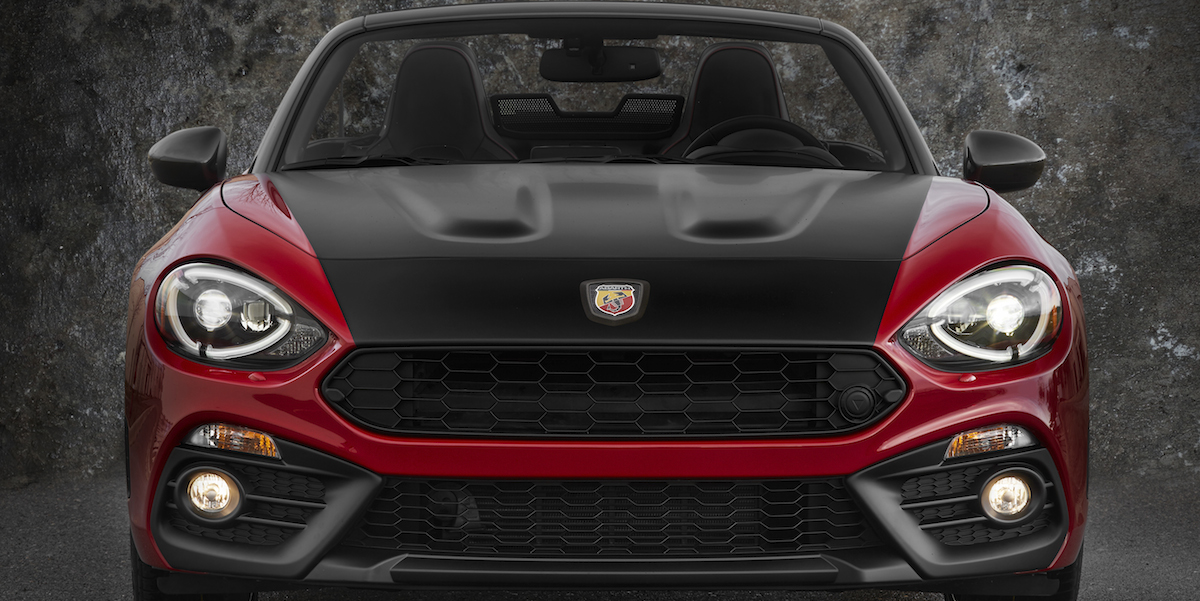 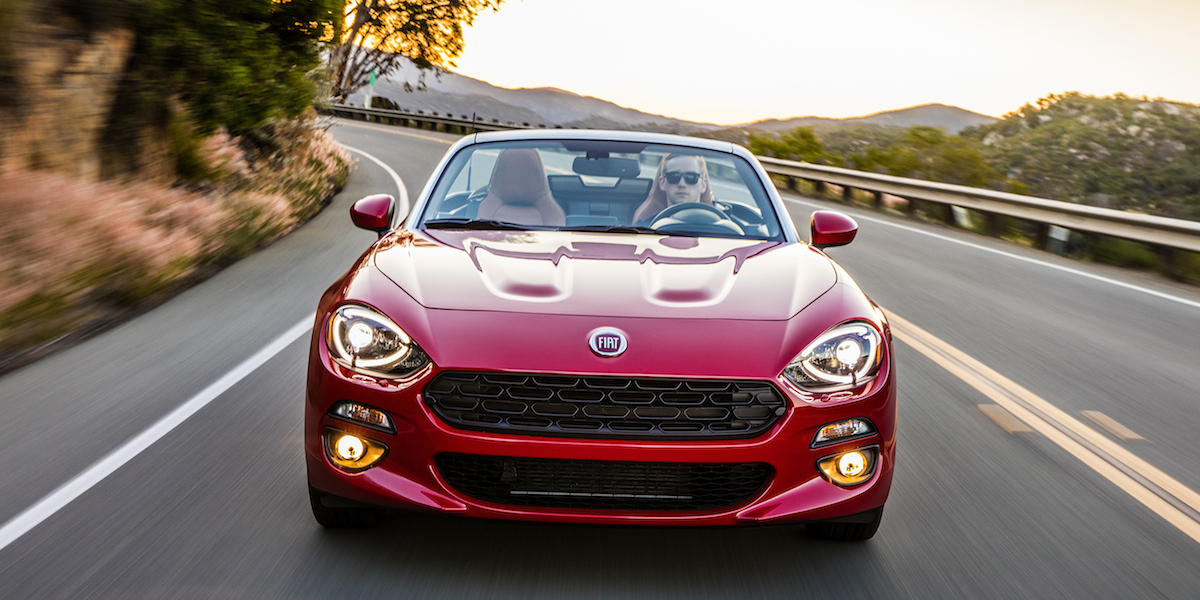 Like the Mazda MX-5 Miata on which it is based, the Fiat 124 Spider delivers unfiltered driving pleasure for a very reasonable price. Additionally, thanks to the 124’s modest curb weight, it’s quite fuel-efficient for its class.

The 124 Spider shares its name and some body styling cues with Fiat’s original 124 Spider, which debuted for 1966.

The Fiat 124 Spider is a 2-seat convertible sports car. Unlike the 124 Spider sold by Fiat from 1966-1985, the 2017 Spider was co-developed with Mazda, and is built alongside the MX-5 Miata in Mazda’s Hiroshima assembly plant in Japan. The Spider differs from the Miata in styling, chassis tuning, pricing, and powerplant offerings. Base Classica, mid-line Lusso, and top-line Abarth models are available. All come with Fiat’s “MultiAir” turbocharged 1.4-liter engine, which produces 160 horsepower in the Classica and Lusso and 164 hp in the sportier Abarth, which also gets a sport-tuned suspension, a limited-slip rear differential, and other performance-oriented elements. The 124 Spider is sold at select Fiat Chrysler Automobiles (FCA) retailers franchised to handle the Fiat brand.

It is ironic that the first Mazda Miata was designed to emulate the small European sports cars that preceded it, and now a heritage model of that same European lineage owes its architecture to the Miata. The Fiat 124 Spider is a delight to drive and easy to afford. Plus, its retro Italian styling cues and slightly peppier engine help it stand out from its Mazda counterpart. Though it’s somewhat less practical and less powerful than many of the cars in its class, the 124 Spider delivers a wonderfully connected and rewarding driving experience. For many consumers, the 124 will only make sense as a third car, but at these prices, keeping one for sunny weekend drives is not an overreaching indulgence.