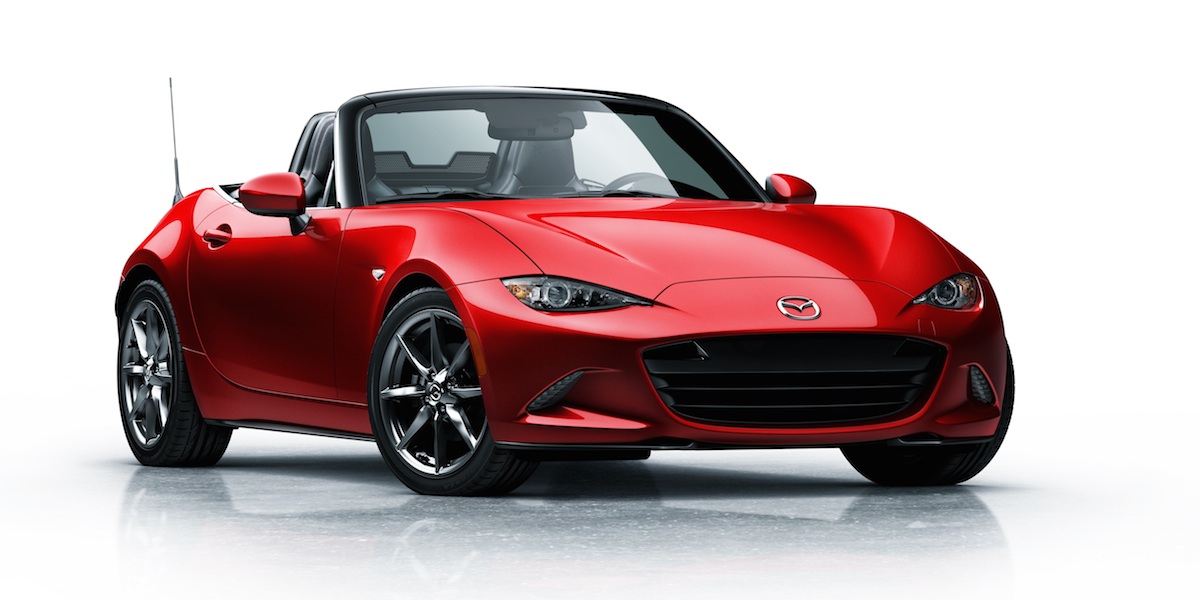 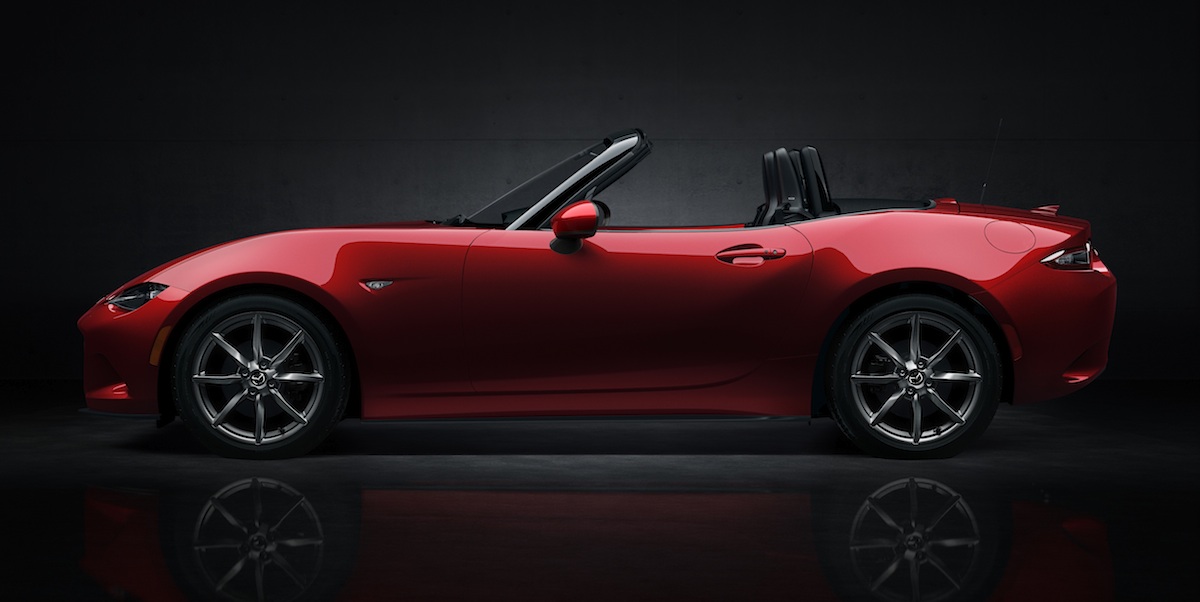 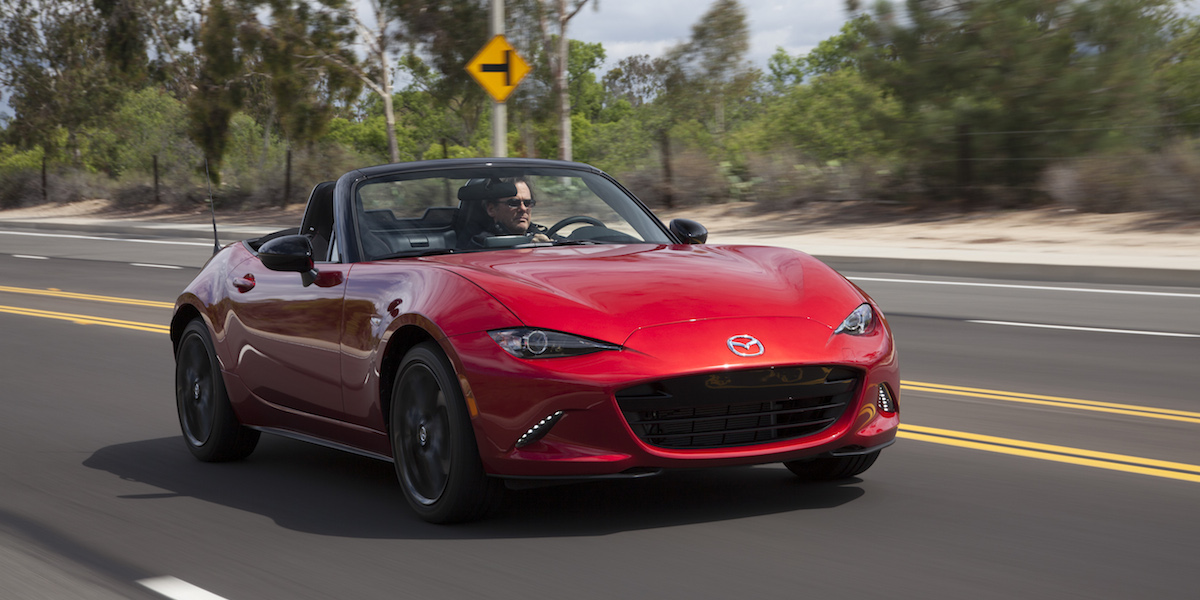 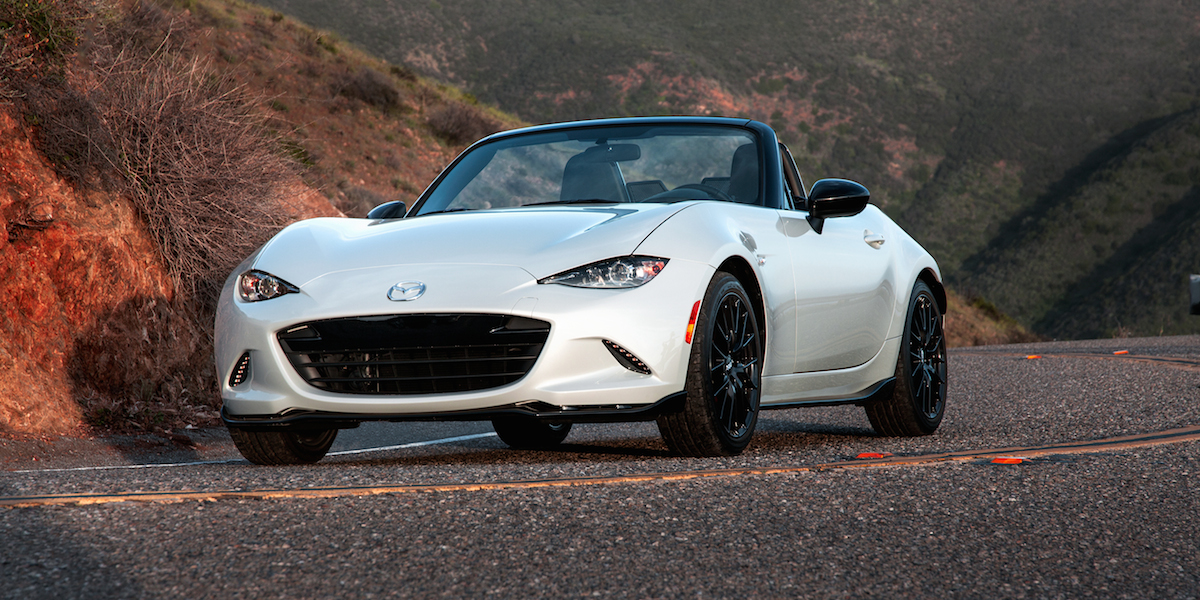 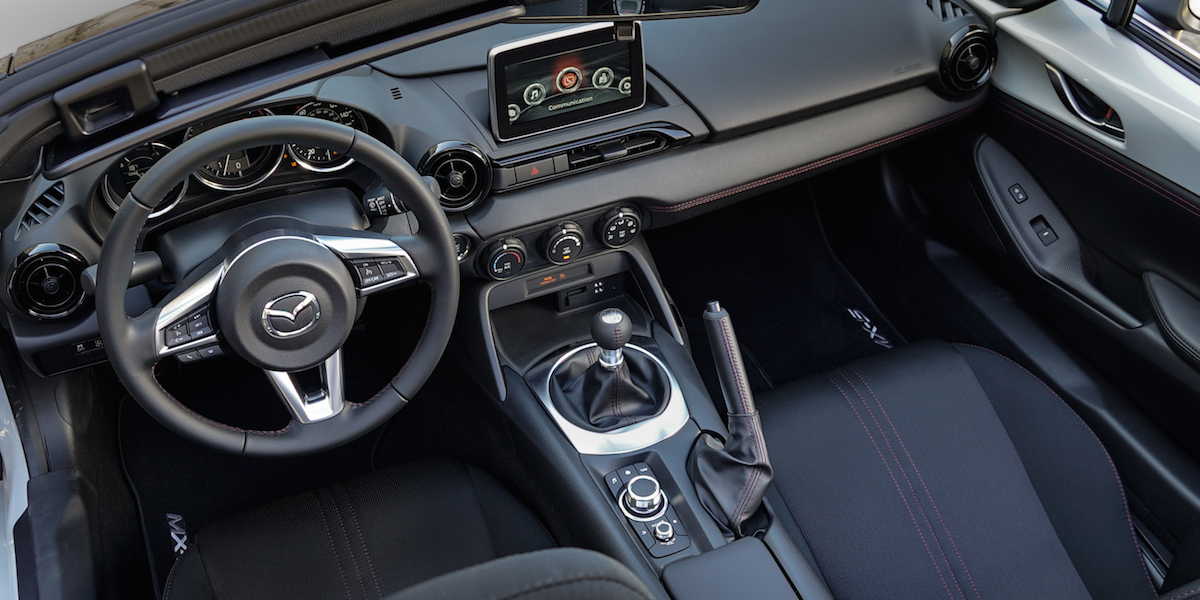 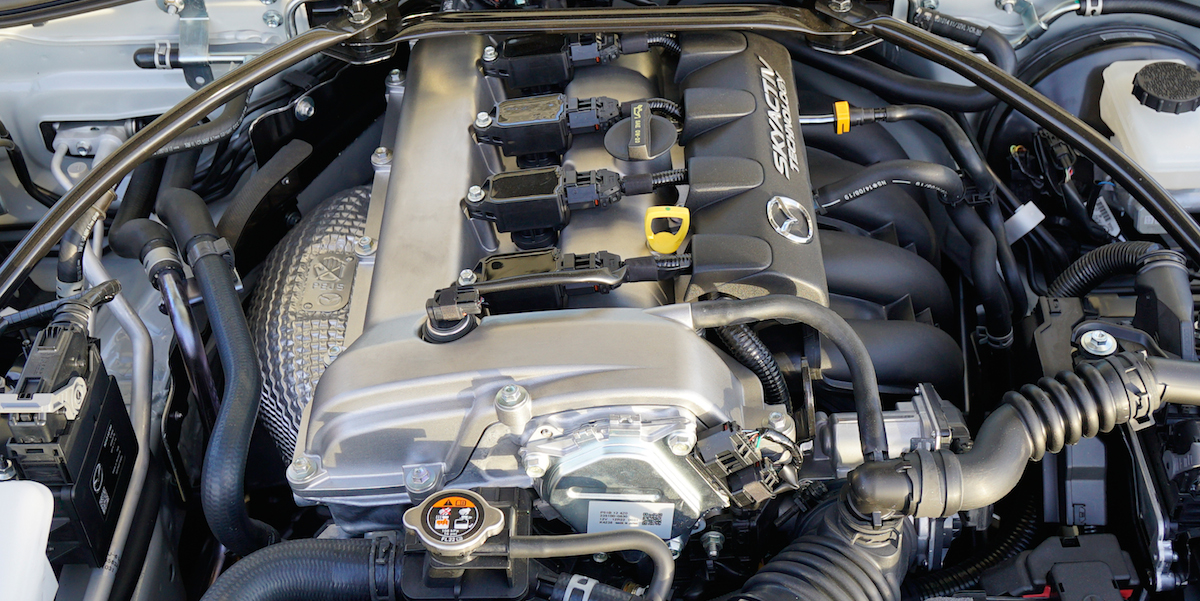 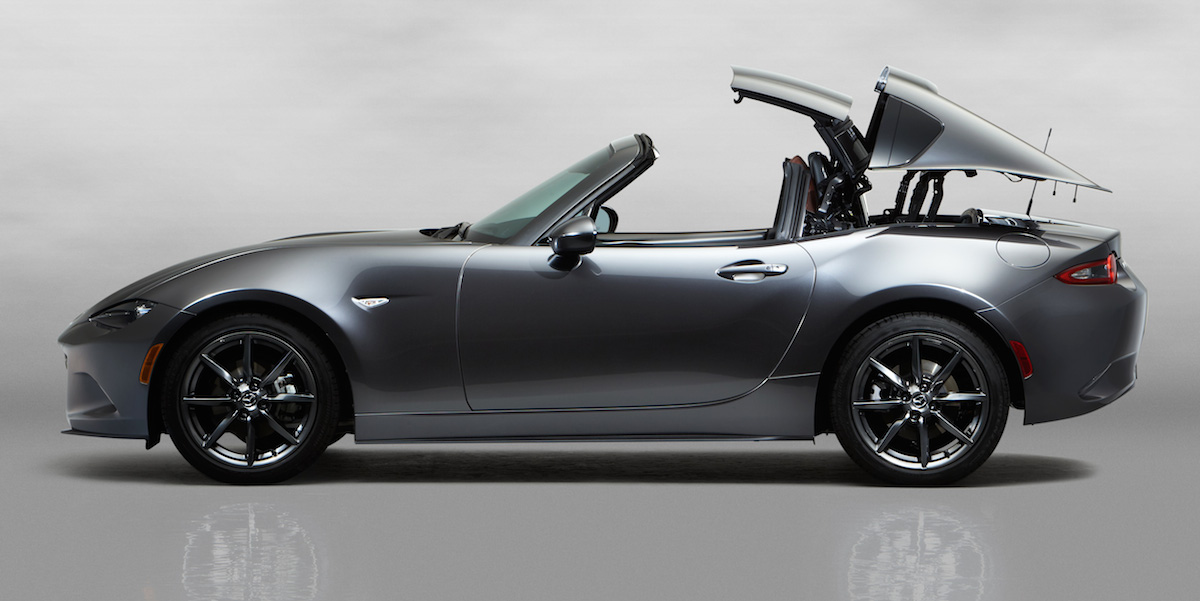 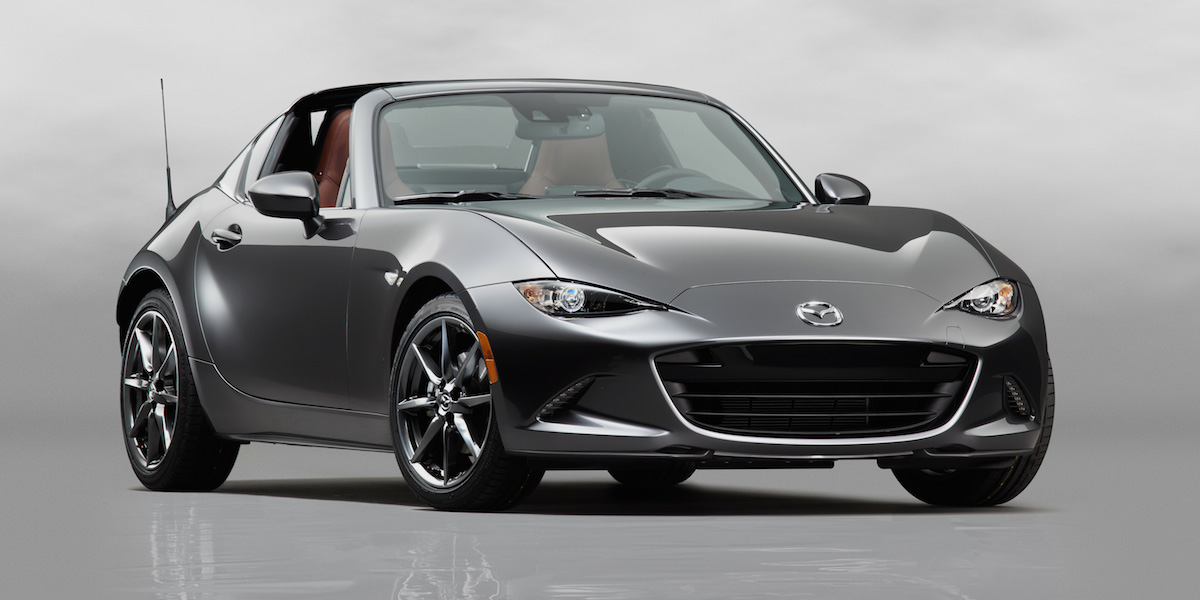 The MX-5 Miata is Mazda’s zippy, 2-seat-convertible sports car. Trim levels on the soft-top model ascend through Sport, Club, and Grand Touring models. The new RF model is available only in Club and Grand Touring trim, plus a specially trimmed limited-run Launch Edition. The lone Miata powertrain is a 2.0-liter 4-cylinder with 155 horsepower and 148 lb-ft of torque, paired with either a 6-speed manual or 6-speed automatic transmission. Available features include lane departure warning, rear cross-traffic alert, blind-spot monitor, automatic high-beam control, Bluetooth connectivity, a navigation system, and the Mazda Connect infotainment system with a 7-inch touchscreen.

After its well-received redesign for 2016, the Miata gets an RF (for Retractable Fastback) model with a targa-top body configuration. The RF has fixed rear roof pillars and a power-retractable hardtop center roof panel in place of the regular Miata’s manual soft top. This diminishes the open-air feel somewhat, but allows for a bit more security and styling flair…and Mazda says the RF has the same trunk capacity as the soft-top Miata.

The EPA rates the Miata at 26 mpg city/33 highway with the manual transmission and 26/35 with the automatic. In Consumer Guide® testing, a manual-transmission Club model averaged 31.4 mpg in a slight majority of highway driving.

Though the 2017 MX-5 Miata offers a level of sophistication and safety/technology features on par with most modern popularly priced cars, it stays true to the simple, lightweight, affordable, and “tossable” design philosophy that has been a Miata trademark since day one. If you’re looking for a sports car with ferocious acceleration, a Miata is not for you. However, if you appreciate an agile, well-balanced roadster that offers driving satisfaction that transcends brute horsepower—at a sticker price that doesn’t break the bank—the Miata is in a class all its own. The new-for-’17 RF adds hardtop security and versatility in exchange for a bit more weight and a higher sticker price.