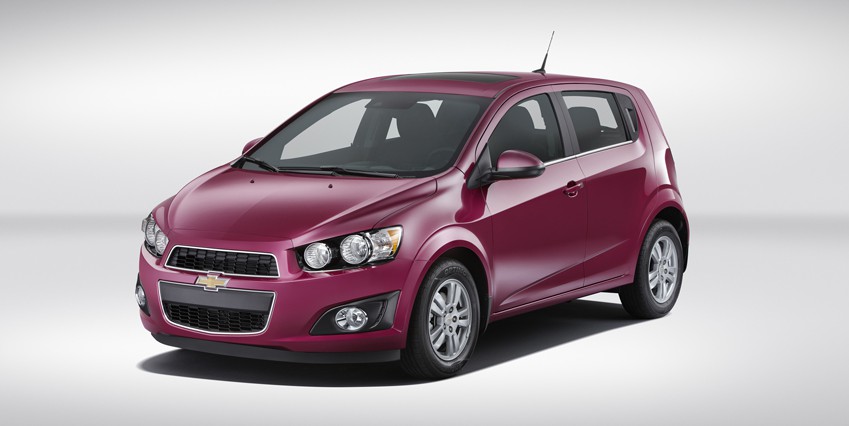 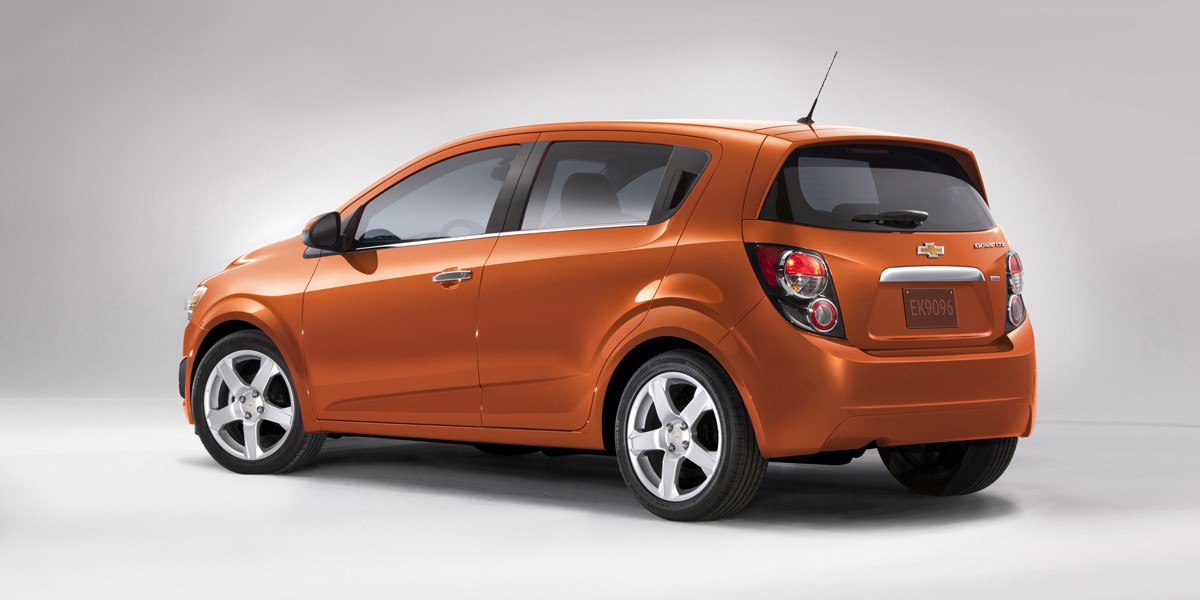 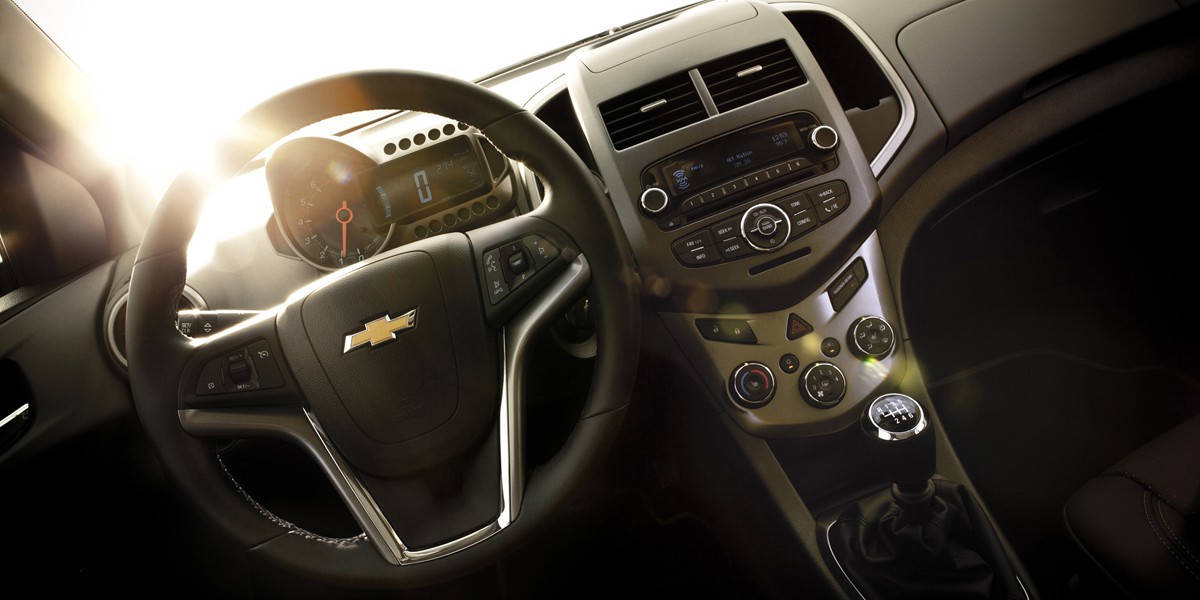 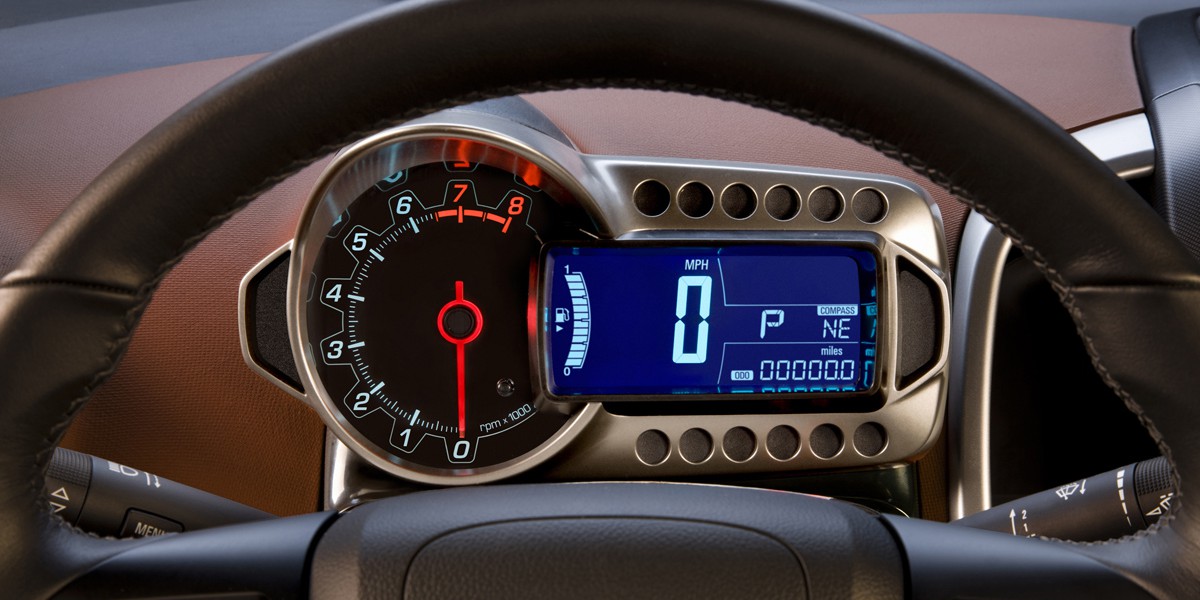 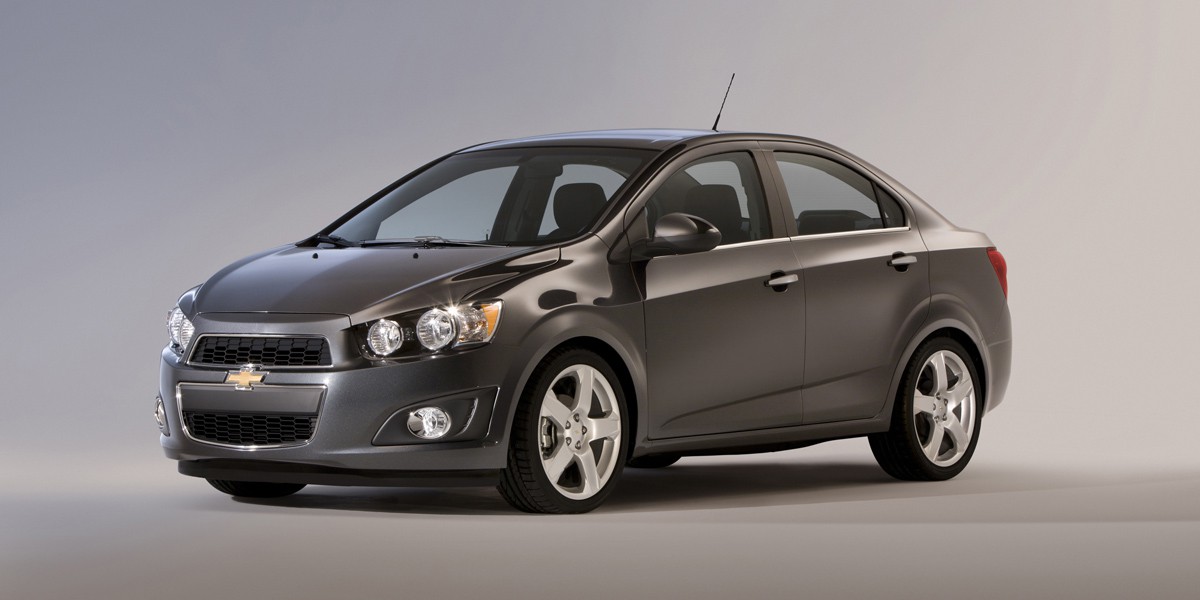 Hard plastic predominates inside, and rear-corner visibility suffers in the hatchback.

Sonic is the only subcompact car built in the U.S. Its optional turbocharged engine is aimed more at economy than performance.

Sonic replaced the aging Aveo as Chevrolet’s subcompact car in 2012. It slots below the Chevrolet Cruze in size and price. However, it’s no longer the smallest Chevy available; that title goes to the new-for-2013 Spark, which is more than a foot shorter and 400 pounds lighter than the Sonic.

About the only thing Sonic shares with its Aveo predecessor is the fact that it comes in 4-door sedan and 4-door hatchback body styles. At first blush, Sonic may look similar to the Aveo, but it’s a completely different animal.

Much of this car’s design and engineering took place at its South Korean studio, but Sonic is the only subcompact car offered for sale in the U.S. to be built here.

For the first time, Chevrolet is offering forward collision warning and lane-departure warning on the Sonic. The Sonic is the only vehicle in the subcompact class to offer these premium safety-related features. Also, a rearview camera is available; it is optional on the mid-range LT and comes standard on upper-end LTZ and range-topping RS models.

During Consumer Guide® evaluation, a Sonic with the 1.8-liter engine and manual transmission returned 30.4 mpg. A model with the 1.4-liter and manual transmission averaged 26.9 mpg, and a similarly-equipped RS delivered 27.6 mpg. These figures are not very impressive for the class, even though most of the miles covered happened in city environments. All Sonics use regular-grade gas.

Sonic is fun to drive and offers a surprising depth and breadth of features. It merits serious consideration in a class that’s becoming ever more competitive.