CG Says: For 2022, Ford introduces a pure-electric version of its large pickup truck, featuring unique styling details and an array of new features unavailable on other F-150s. The Ford F-150 Lightning will be available only in a four-door crew-cab configuration with a 5.5-foot bed. The standard powertrain is a pair of electric motors that deliver a combined 452 horsepower, or 580 with an available extended-range battery.

The 2022 F-150 Lightning will be available in four trim levels: Pro, XLT, Lariat, and Platinum. Inside the cabin, the Lightning is essentially the same as other F-150s, except for a larger, 12.0-inch touchscreen; an even bigger 15.0-inch screen is also available. Standard infotainment features include Apple CarPlay/Android Auto connectivity, in-dash navigation, and a Wi-Fi hotspot. A number of driver-assistance features are standard, including automated emergency braking with pedestrian detection and lane-departure warning with lane-keeping assist. Also available is Ford’s new BlueCruise feature, a semi-autonomous, hands-free highway-driving feature similar to GM’s Super Cruise system.

Since its electric motor and batteries don’t take up the same space under the hood as a traditional gasoline engine, the F-150 Lightning is equipped with a front-mounted trunk, or “frunk,” with 14 cubic feet of carrying space — big enough for two golf bags. Ford is also taking advantage of the Lightning’s electric powertrain by offering several built-in electrical-outlet options that enable uses like running power tools, plugging in a crockpot for a tailgate party, or even powering your home in the event of a power outage.

Ford is clearly going all in with its first big electric pickup, offering a potent mix of power, functionality, convenience, and attractive pricing for the base model. Together, these virtues are more than enough to make the Lightning a solid choice for an electric pickup truck, no matter what the competition comes up with. 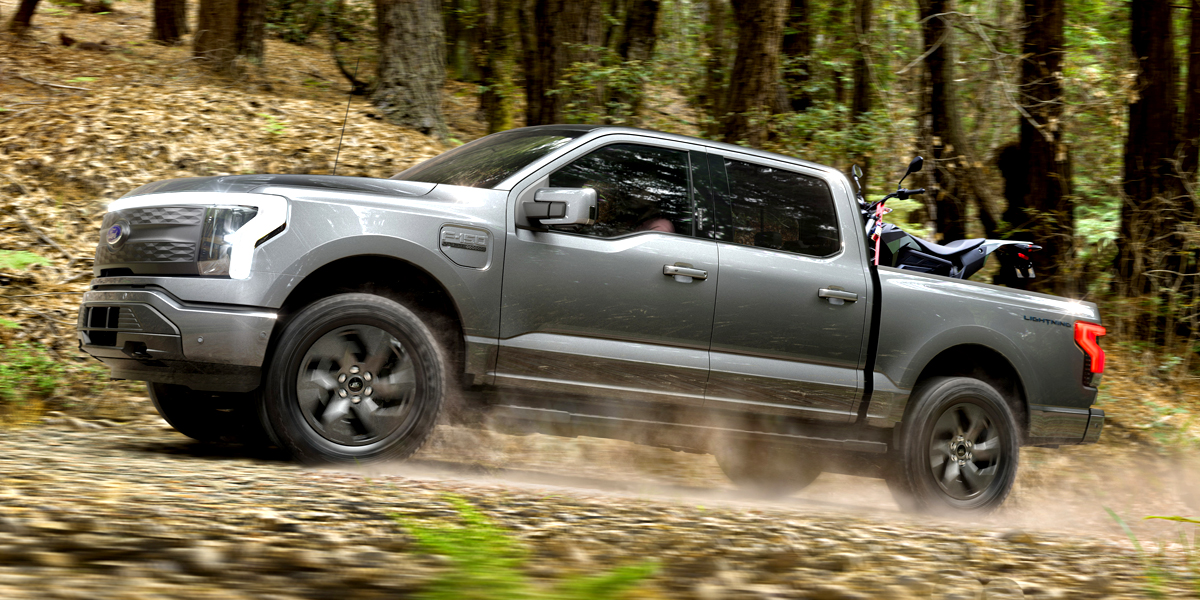