Cons: Mediocre fuel economy with V8 engine; some buyers might not be able to accept a $60K+ car with the Kia badge; overall ride/handling quality and composure can’t match the best in the class

CG Says: Kia reaches far upmarket with a new flagship for 2015. The K900 is a 4-door sedan that competes in the Premium Large Car class, home to such stellar vehicles as the Mercedes-Benz S-Class and Lexus LS. A 420-horsepower V8 is standard; a 311-hp V6 was slated to join the roster mid-season, but it didn’t actually arrive until the 2016 model year. As is customary in high-end luxury sedans, the K900 comes standard with a long list of standard equipment. Included in the $59,500 base price are front and rear camera displays, a power-closing trunk, an 19-inch chrome alloy wheels. For another $6000, the optional VIP Package adds features such as power door latches, power-reclining rear seats, and a surround-view monitor. The K900 is an audacious first effort in the large luxury sedan market. Though it doesn’t match the best in the class in terms of ride quality and cutting-edge technological features, it offers an impressively competitive luxury ambiance inside and out, at prices that handily undercut most of its rivals. 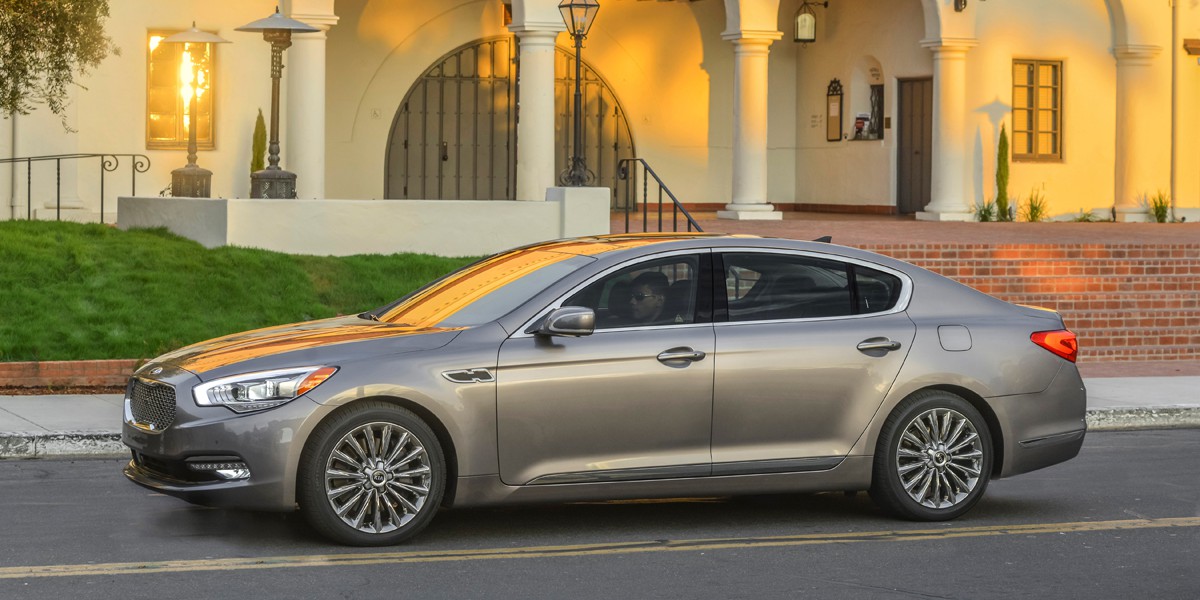