CG Says: The 2022 Lucid Air is Lucid’s first vehicle, a pure-electric premium midsize sedan that takes aim at the Tesla Model S, Porsche Taycan, and other high-end electric vehicles. Although Lucid is new to manufacturing complete automobiles, the company began in 2007, making batteries and electric powertrains for other automakers. Lucid plans to open a limited number of “studios” in upscale shopping areas, but for now the Air is available only through the company’s website.

The Air’s driving range is among the highest available, spanning from 406 miles to 520 miles depending on the model. The Air also includes unlimited free fast charging at Electrify America charging stations for three years.

Inside the cabin, the main instrument display is a curved, 34-inch-wide unit. Infotainment functions are controlled through voice recognition or via a pair of touchscreens, one of which retracts into the dashboard. These are augmented by physical controls for some functions. Standard on all Air models is a unique glass roof, which consists of a windshield large enough to arch rearward past front-seat passengers, with a separate glass roof panel for rear-seat passengers. Available as an option is Lucid’s Executive Rear Seating, which allows the rear seats to be reclined. The Air’s cargo volume is quite generous, with a front-mounted trunk (“frunk”) supplementing a traditional rear trunk.

The Air includes expected safety-tech/driver-assistance features such as forward collision warning with automatic emergency braking, lane-keep assist, blind-spot monitoring with rear cross-traffic alert, and adaptive cruise control. A semi-autonomous driver-aid system and other features are slated to become available in the future via over-the-air software updates.

As a new automaker, Lucid hasn’t yet established a track record for reliability, customer service, or overall longevity yet, so there are some obvious question marks that surround its first-ever consumer product. Nonetheless, the company has been involved in the EV industry for more than a decade, and the Air looks to be fastidiously developed in all respects — it tops all mainstream vehicles in several categories, and its design brings daring new style to a vehicle class that already sets the bar high in that regard. Those attributes, combined with prices that are generally on par with other rivals, make the Air worthy of consideration. 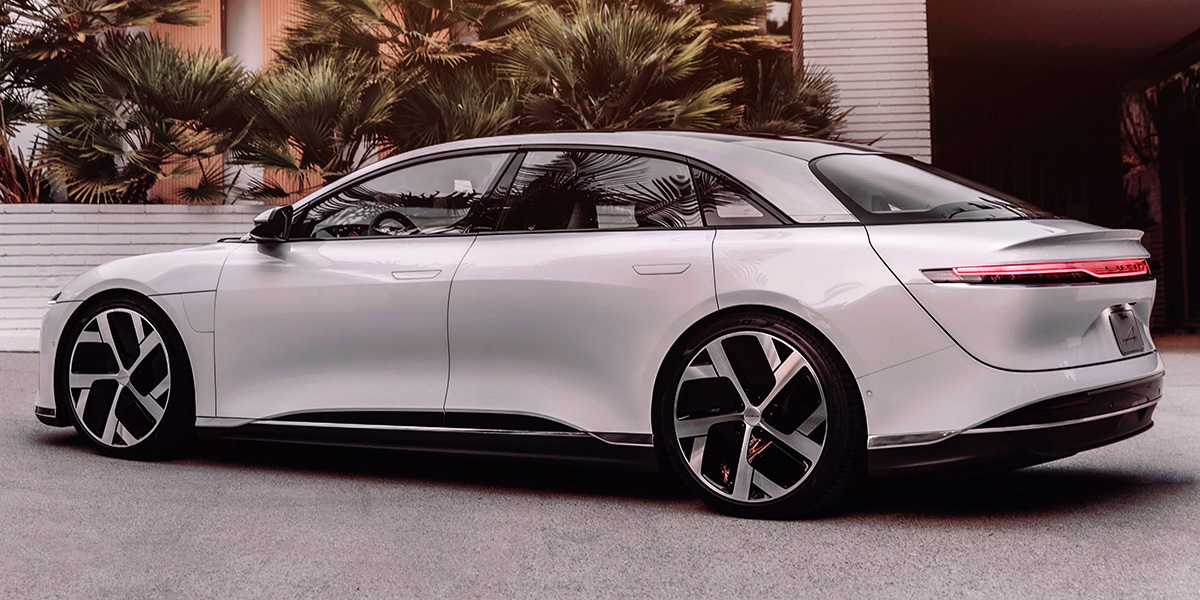