CG Says: Mini Convertibles see a few minor changes for 2015. Rain-sensing wipers and automatic climate control are now standard, and the available fog lights are now LED units instead of halogen. Mini Hardtops were redesigned for 2014 on a new platform, but the Convertibles continue to use the previous-generation Mini’s architecture. A redesigned Mini Convertible will debut soon as a 2016 model. The 2015 Mini Convertibles may be longer in the tooth and less practical than sister Hardtops, but they’re no less rewarding to drive or day-to-day useable. The soft-top transformation makes sacrifices in rear-seat space, luggage room, and visibility, but that won’t matter much to those seeking an open-air 4-seater with old-school British charm. And the novel three-way roof (the section just over the front seats can be opened) is a plus for all-weather versatility. The only major downsides are a rocky ride, quirky controls, and prices that escalate alarmingly with liberal use of the lengthy options list. Though the lively Cooper S has traditionally been our favorite Mini Hardtop, we marginally prefer the base model among Convertibles because it’s the most affordable. Besides, most people buy ragtops for open-air fun, not maximum performance. 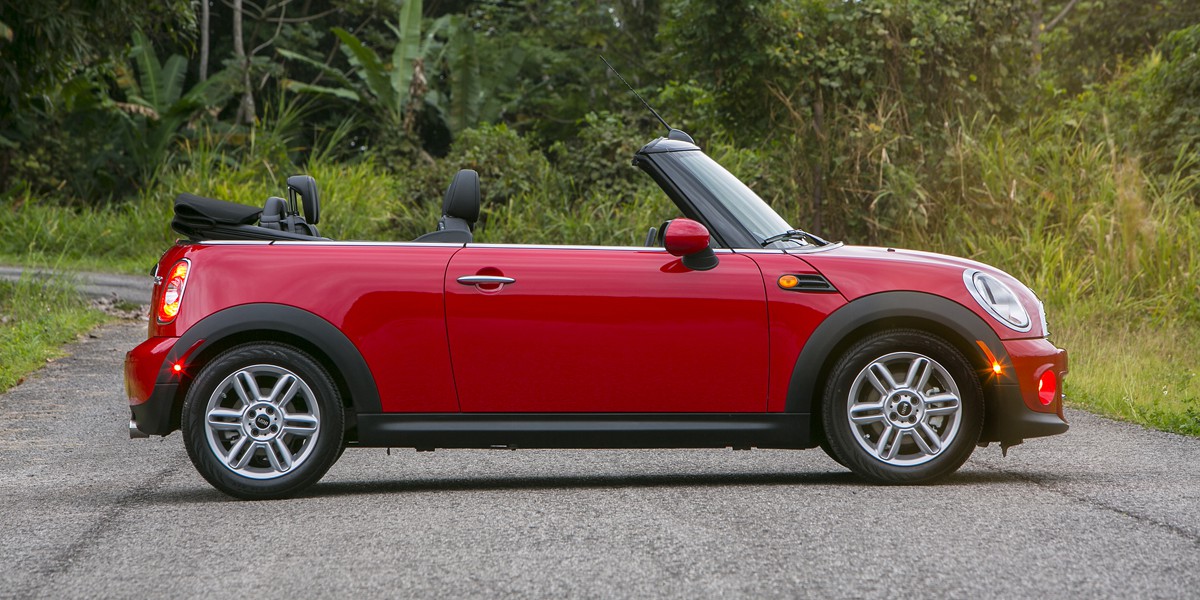