CG Says: After skipping the 2016 model year, Mitsubishi’s subcompact Mirage returns for 2017 with revised styling, an upgraded interior, and a new “G4” 4-door-sedan body style. Suspension, steering, and brakes have been revised on all Mirages, and the 3-cylinder engine gains four horsepower for a total of 78. An audio system with Apple CarPlay and Android Auto compatibility is newly available. The Mirage has been on the market for a few years in several worldwide markets, mostly emerging ones such as Thailand. Incidentally, Mitsubishi exports U.S.-spec Mirages from that country. Mirage is larger than the Chevrolet Spark, but smaller than the Ford Fiesta and Honda Fit. It is the only mass-market 4-door vehicle that is powered by a normally aspirated (no turbo or supercharger) 3-cylinder engine. Entry-level prices make Mirage an interesting proposition from a value standpoint, but its acceleration, cabin appointments, and overall dynamic refinement trail most subcompact competitors by a significant margin. 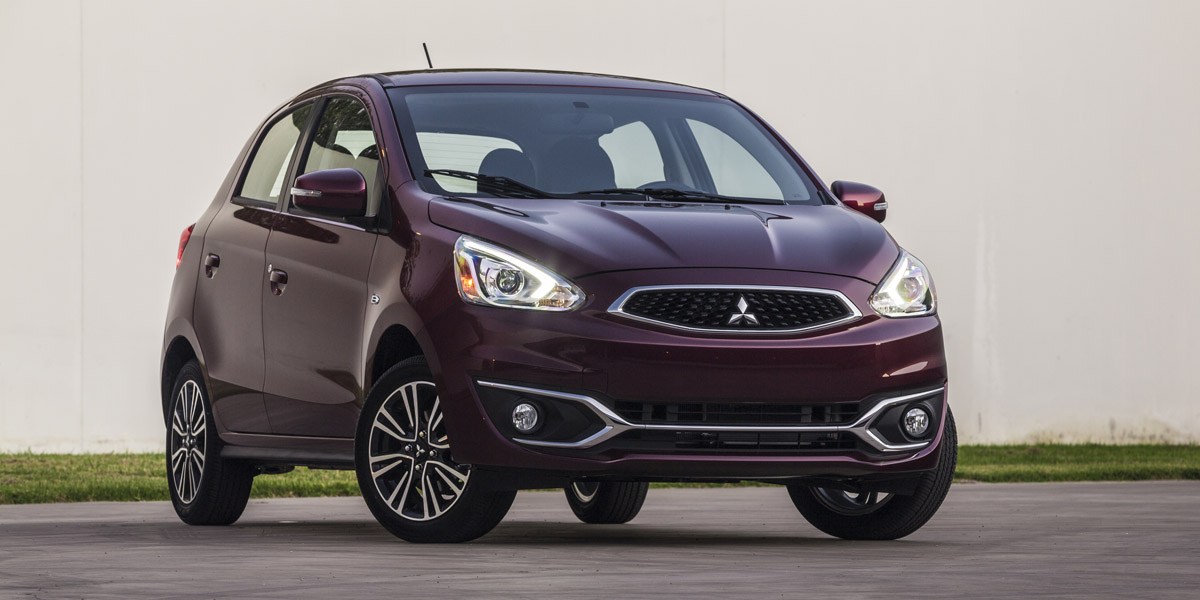 I Broke the 50-MPG Barrier Driving Through Wisconsin. It Was Hell. (Mirage fuel economy test)