Cons: Low-slung cockpit; subpar rear visibility when the top is up; prices rise quickly as options are added

CG Says: The Porsche Boxster is significantly revamped for 2017, gaining a new name, two new engines, and updated styling inside and out.The suspension and steering have also been retuned. The biggest news is a switch from six to four—the previous Boxster’s flat-six cylinder engines are replaced by a pair of turbocharged flat-fours. (The new “718” designation is a reference to a 4-cylinder-powered Le Mans-winning Porsche race car introduced in 1957.) The 718 Boxster’s base engine is a 2.0-liter developing 300 horsepower; the sportier S is powered by 2.5-liter with 350 hp. The 718 Boxster may be the “beginner’s Porsche,” but it’s no less a thoroughbred than the costlier 911 models—even though purists might argue that the new turbo fours don’t have the same mystique as the previous sixes. Though its mid-engine layout compromises passenger and cargo space somewhat, Boxster is surprisingly practical, and its road manners and mechanical sophistication will delight the most discriminating driver. While most rival sports cars offer superior power and a much better features-per-dollar ratio, they typically don’t match Porsche’s brand cachet and high trade-in values. Be careful when selecting options, though, as checking just a few boxes can send prices quickly skyward. 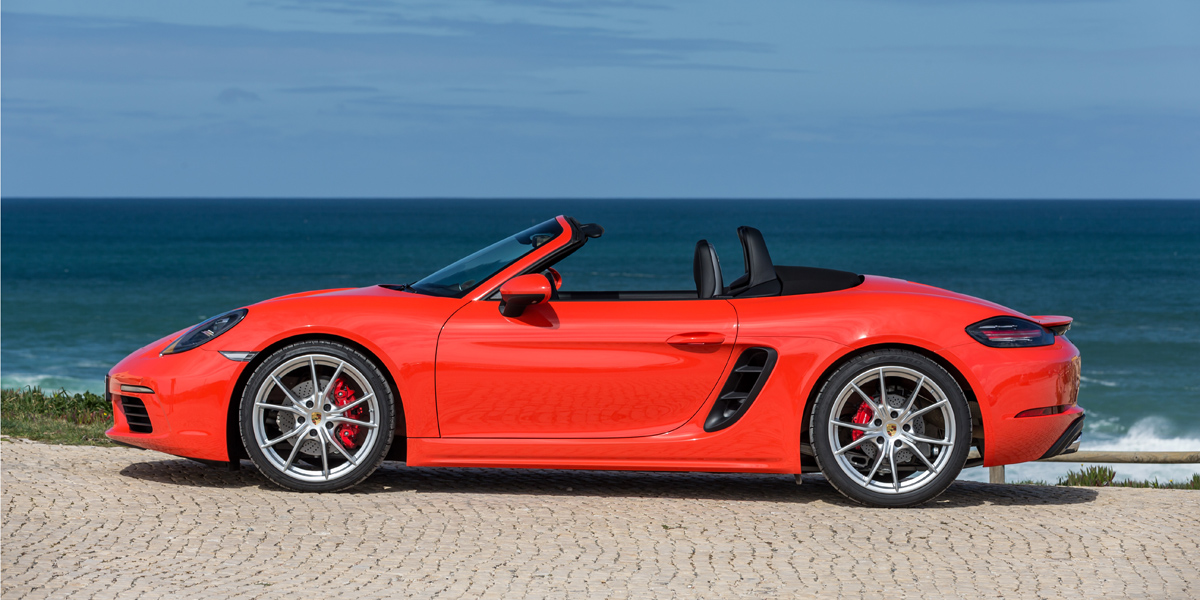