CG Says: Colloquially known as the “Smart car,” the two-seat ForTwo is the smallest four-wheel passenger car on the U.S. market meeting applicable federal standards. In fact, it’s so short and narrow that one standard parallel-parking space can accommodate two Smarts side-by-side, nose-to-curb. Even so, the ForTwo must compete with larger, more-conventional minicars like the Chevrolet Spark, Ford Fiesta, and Scion iQ. Built in France by a division of Mercedes-Benz parent Daimler AG, the ForTwo departs from typical small-car practice by having a rear-mounted powertrain. It’s offered as a coupe and as a Cabriolet semi-convertible with a power-operated soft top that rolls back along channels in the roof siderails. As ever, the ForTwo is an exercise in Euro-centric minimalism, sacrificing the space, refinement, performance, and dynamic ability of conventional minicars for Tinkerbell size and maneuverability. With its unusual styling and Mercedes-Benz connection, it’s really more of a fashion accessory than practical daily transport. Then too, it’s not exactly cheap or that stingy with gas. We think the electric version (see separate entry) makes a better urban runabout than the gas-engine models, but none of them make much sense outside the city limits. 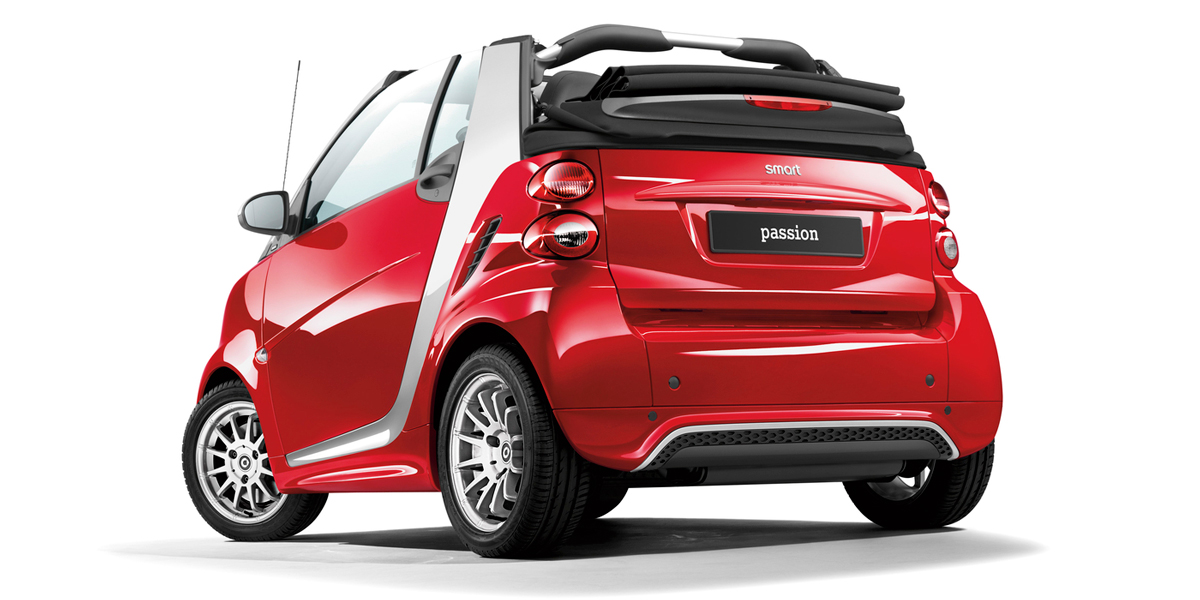