CG Says: The 2018 Toyota Corolla iM is unchanged. The Scion iM became Toyota Corolla iM for 2017. Toyota closed its youth-oriented Scion division after the 2016 model year and iM moved over to the Toyota brand. The Corolla iM is essentially a hatchback version of the Toyota Corolla that’s sold overseas as the Auris; as such, the iM can be considered a spiritual successor to the departed Toyota Matrix compact hatchback. The sole engine is a 137-horsepower 1.8-liter 4-cylinder that is paired with either a 6-speed manual transmission or a CVT automatic transmission. The iM has standard Toyota Safety Sense that includes pre-collision system, lane-departure warning, and automatic high-beam headlights. The Corolla iM’s sporty, aggressive styling belies its lackluster acceleration and so-so driving character; a Mazda 3 or Ford Focus are much better choices for fun behind the wheel. However, the iM’s formidable list of standard features, aggressive pricing, and spunky styling inside and out make it a compelling compact-car choice. 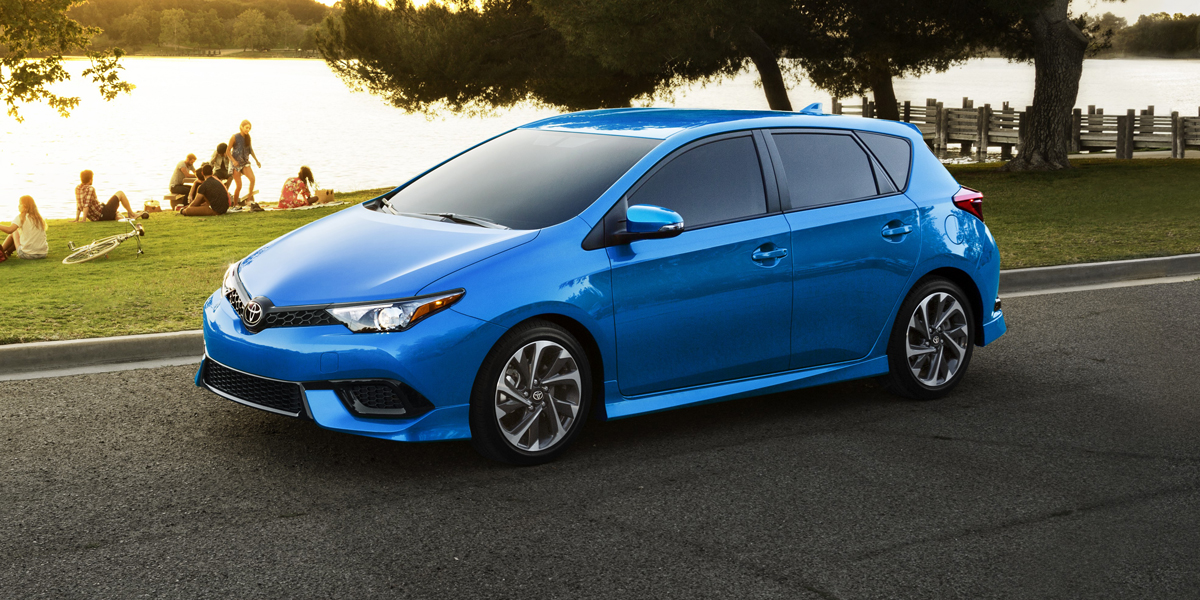