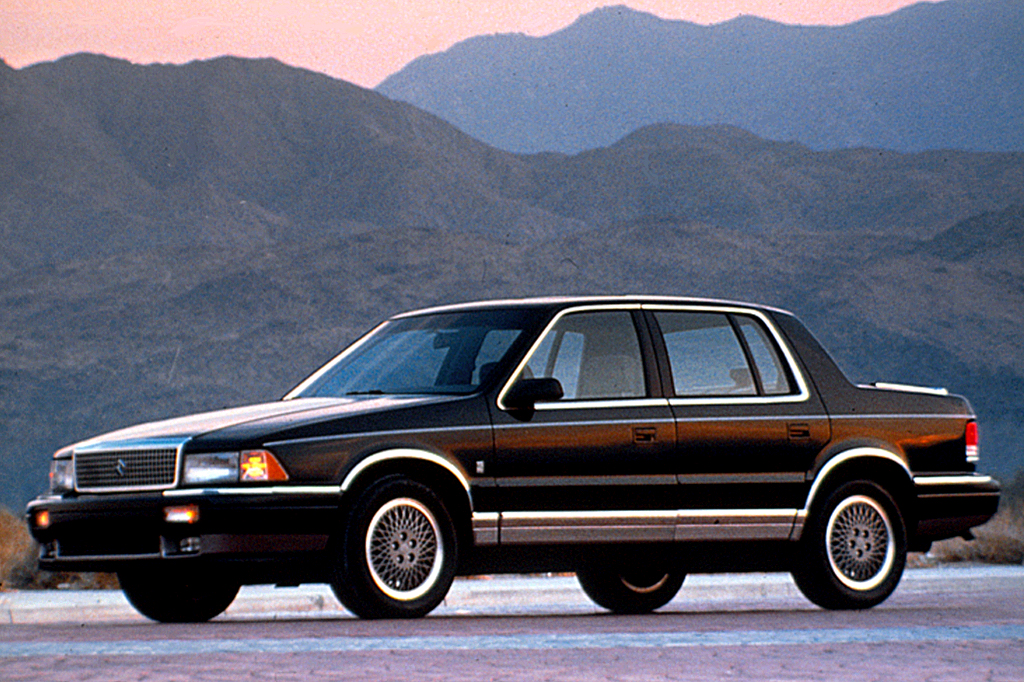 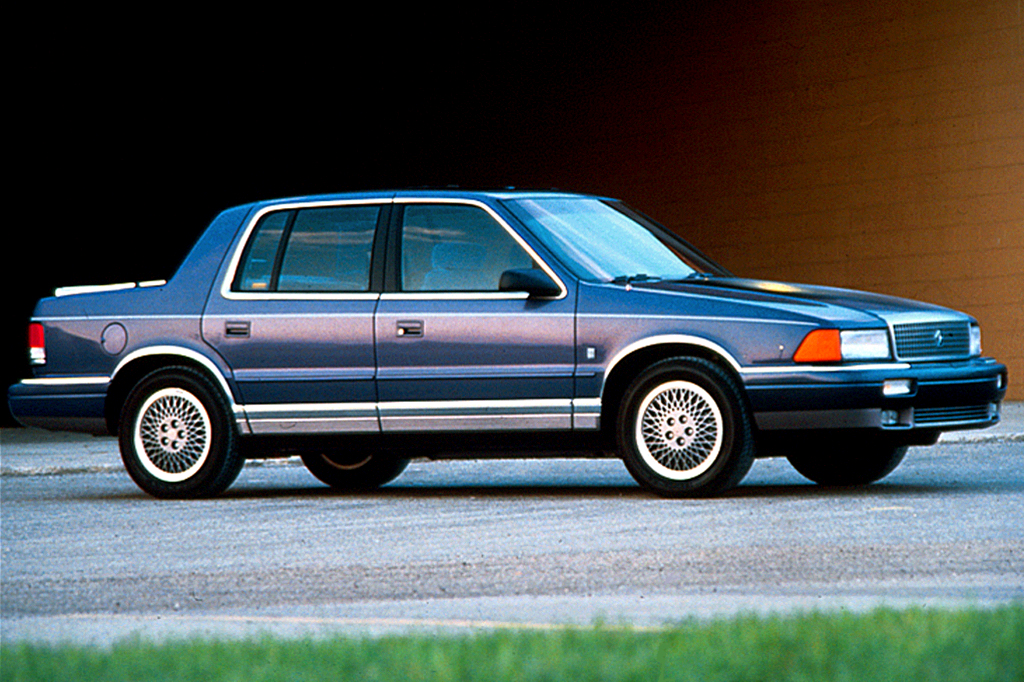 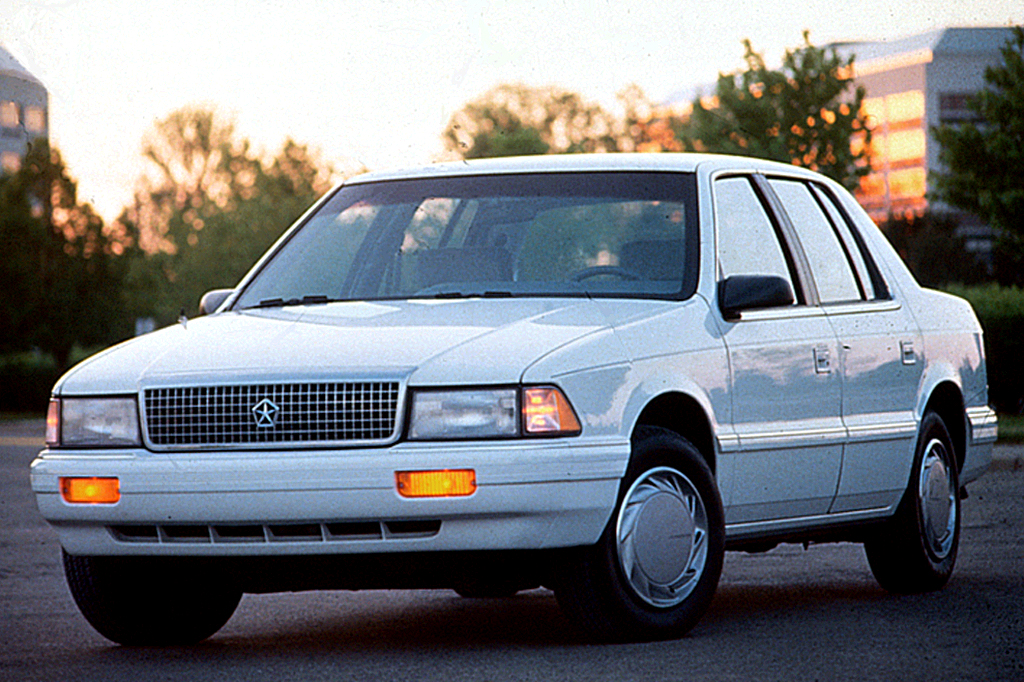 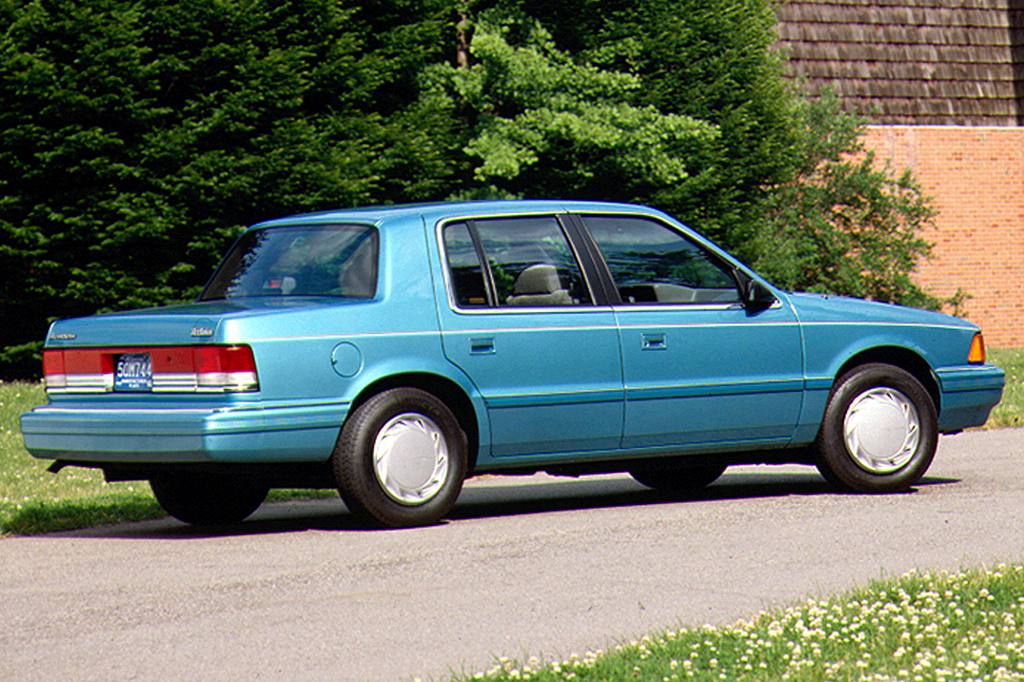 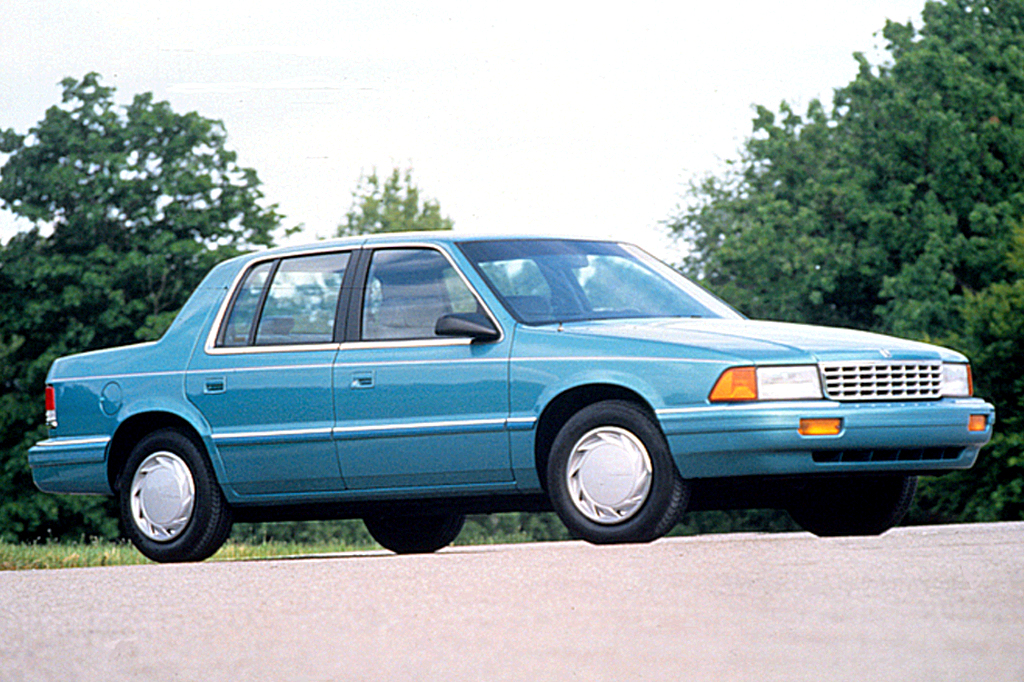 If you’re a budget-minded shopper in the market for a no-nonsense family compact, be sure to put the Acclaim on your list of must-see models.

Introduced in 1989, using many of the old K-car chassis components, Chrysler began offering a trio of new cars with similar looks. The Acclaim was nearly identical to the Dodge Spirit and Chrysler LeBaron sedan, but was the lowest-priced model of the three. Acclaim was available in base, LE, and LX trim, with base and LE models provided with Chrysler’s 100-horsepower 2.5-liter 4-cylinder and either a 5-speed manual or 3-speed automatic. Optional for the two lower models was a 150-horsepower turbocharged version of the same engine, paired with the same two transmissions. Available for the LX model was a 141-horsepower 3.0-liter V6, paired with a 4-speed automatic. For 1990, a driver-side airbag became standard and the 3.0-liter V6 was an across-the-board option.

The Acclaim is best with the V6, which delivers ample power, smoothly and quietly. However, the 4-speed automatic transmission had sluggish, sloppy shift action in our tests of 1990 models. The base 2.5-liter is adequate with automatic transmission; the easy-shifting 5-speed manual coaxes a little more performance out of this engine.

Road noise is prominent at highway speeds. The base engine is too loud, even while cruising. Because the suspension does not absorb bumps well, an Acclaim bangs and bounds over rough pavement.

Acclaim’s airy, pleasant interior is large enough for four adults to spread out and not feel cramped. Split folding rear seatbacks that flop down for extra cargo room are optional on the base model and standard on the others. The large trunk has a flat floor and a low liftover for easy loading. Acclaim also scored points for its standard airbag.