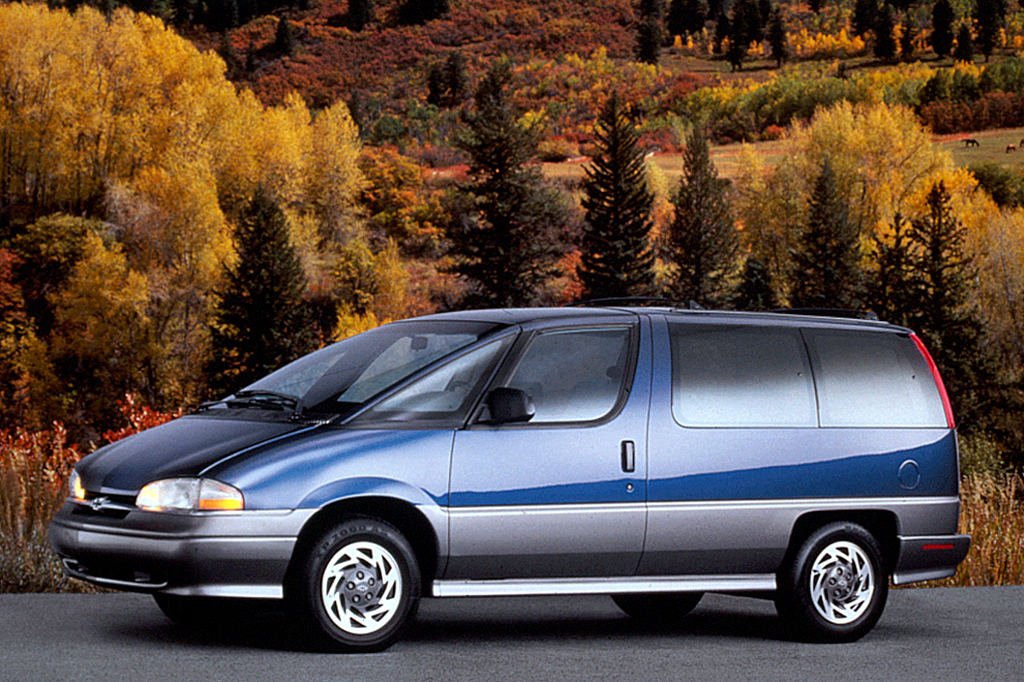 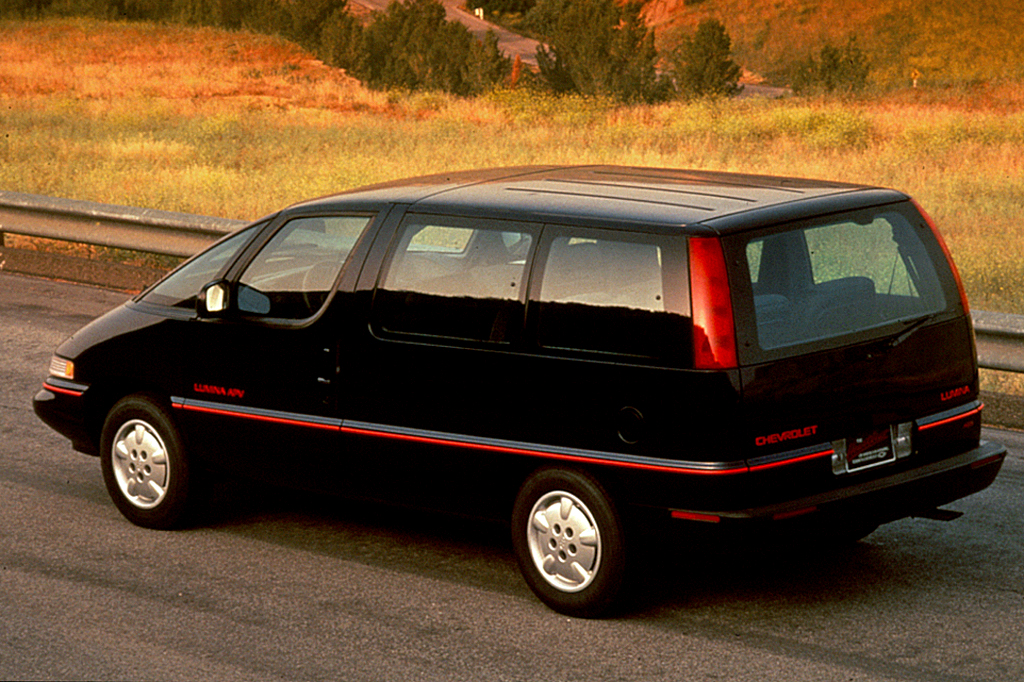 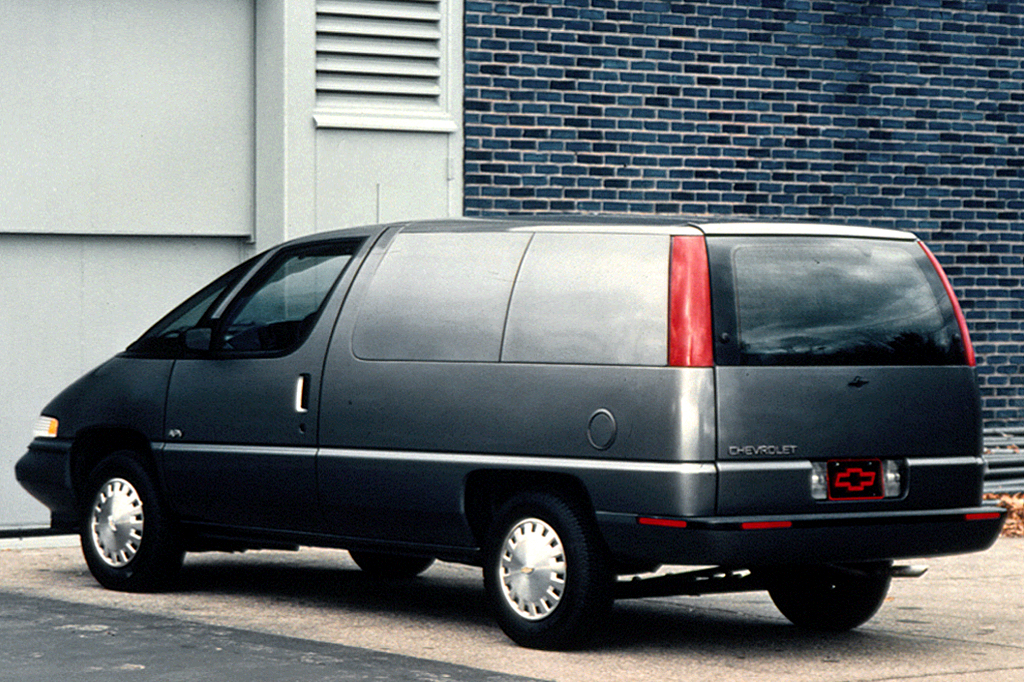 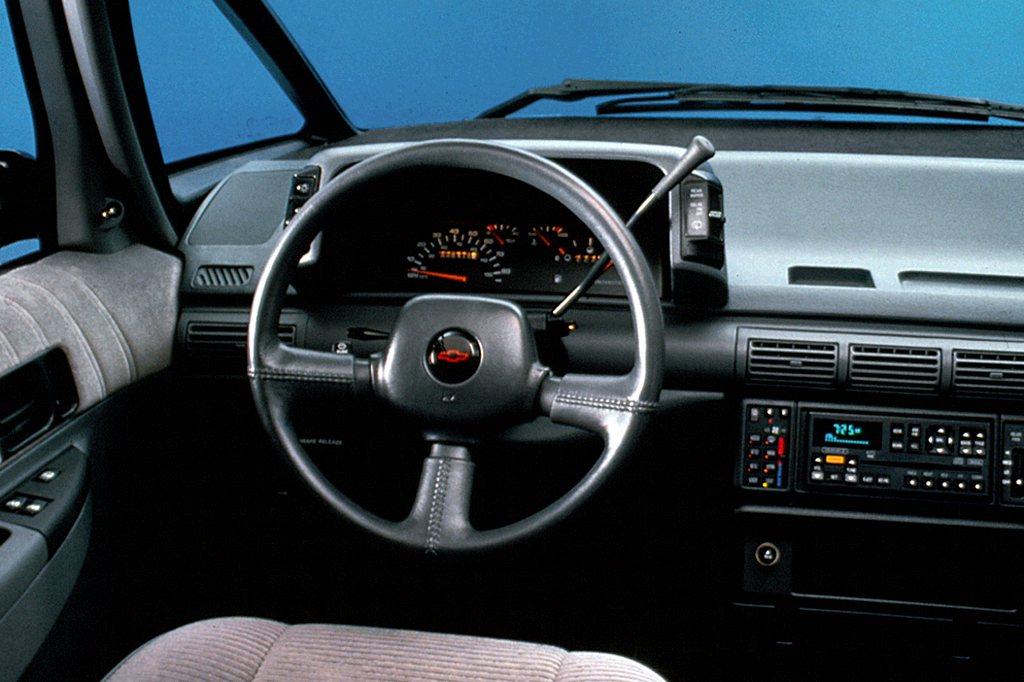 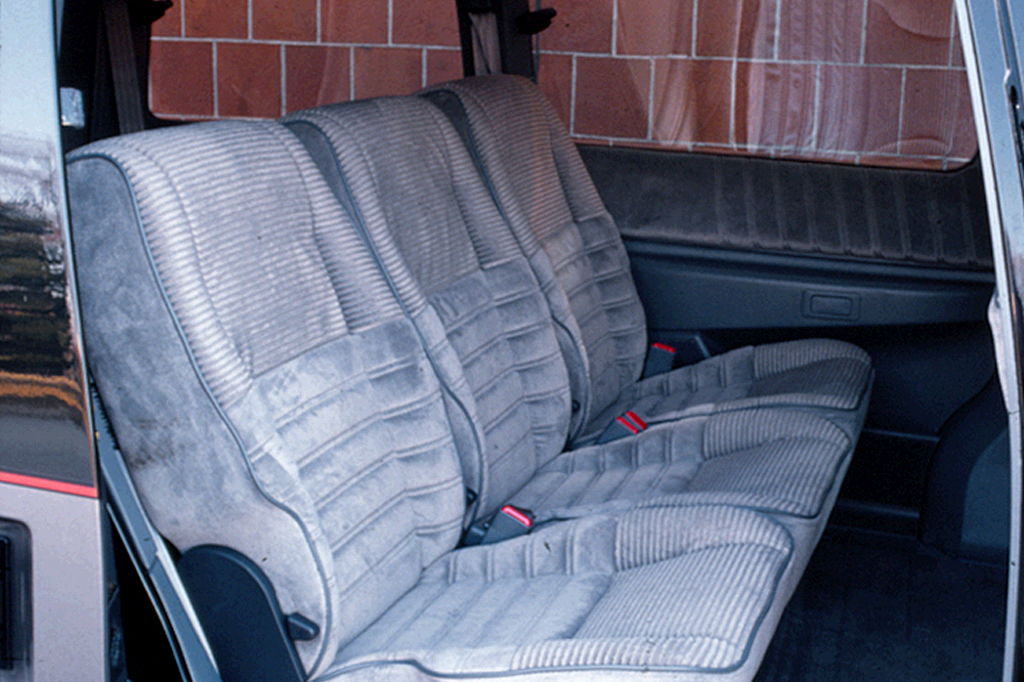 If you need cargo space but demand the smooth ride and handling of a car, and don’t like boxy vans, look no further. Dodge and Plymouth have long been the class leaders, but Luminas tend to be cheaper.

APV stood for “All Purpose Vehicle” when this minivan was launched for 1990. The Lumina APV featured body panels of fiberglasslike composite bonded to a steel framework. Pontiac offered the Trans Sport and Olds Silhouette, from the same platform. Base and CL editions came with five different seating configurations, carrying two to seven passengers. The APV had a sliding right-side door and a one-piece rear liftgate. An all-independent suspension and power rack-and-pinion steering went onto all APVs, which used front-disc and rear-drum brakes. APVs rode a 109.8-inch wheelbase.

The long sloping snout with steep windshield cuts into interior space and looks oddly daunting from the driver’s seat–almost like you’re steering from the back seat. Most people quickly get used to that, but it’s still difficult to see the front end while maneuvering. Even after the snout was shortened for 1994, forward visibility could be a problem.

Don’t be dissuaded by appearances, as the APV has several notable virtues. This minivan drives much like a passenger car, cornering with commendable control and absorbing most bumps without harshness or wallowing. Smooth and quiet on the road, the minivan leans modestly in turns and offers good rain/snow traction, but steering feels much too light.

Lack of power is a major drawback in early models, especially at passing speeds when fully loaded. The 3.1-liter V6 simply runs out of breath in a hurry. So, give yourself plenty of time and room to merge into traffic or overtake other vehicles. Once at highway speed, on the other hand, the minivan settles in for fine cruising. An optional 165-horsepower “3800” V6 with 4-speed automatic, offered since ’92, moves more quickly and gives the Lumina performance to match or exceed its rivals from Ford and Chrysler. The 3.4-liter V6 installed in final Minivans feels stronger than the 3.1, but less lively than the 3.8-liter.

Undersized climate controls are the only serious flaw on the dashboard. Storage bins are everywhere, and there’s no engine hump to hinder passage to the rear. Versatile interiors seat up to seven, using modular seats that weigh just 34 pounds each and remove in seconds. With all seats installed, there’s little room for cargo, but each rear seatback folds down to create a 4×6-foot load space. The optional power sliding door is convenient.