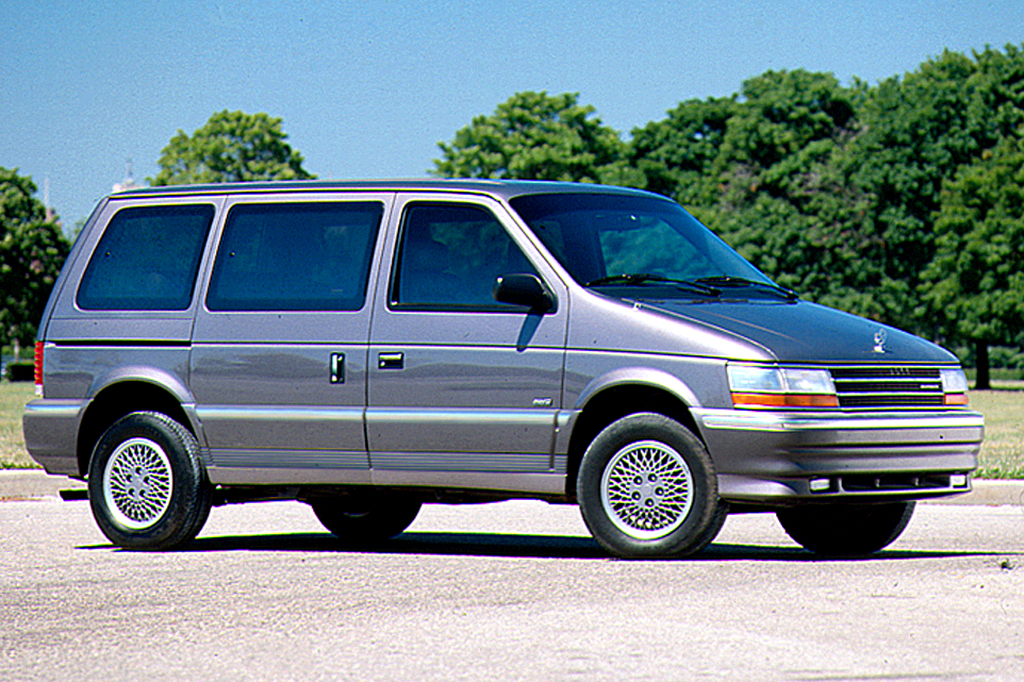 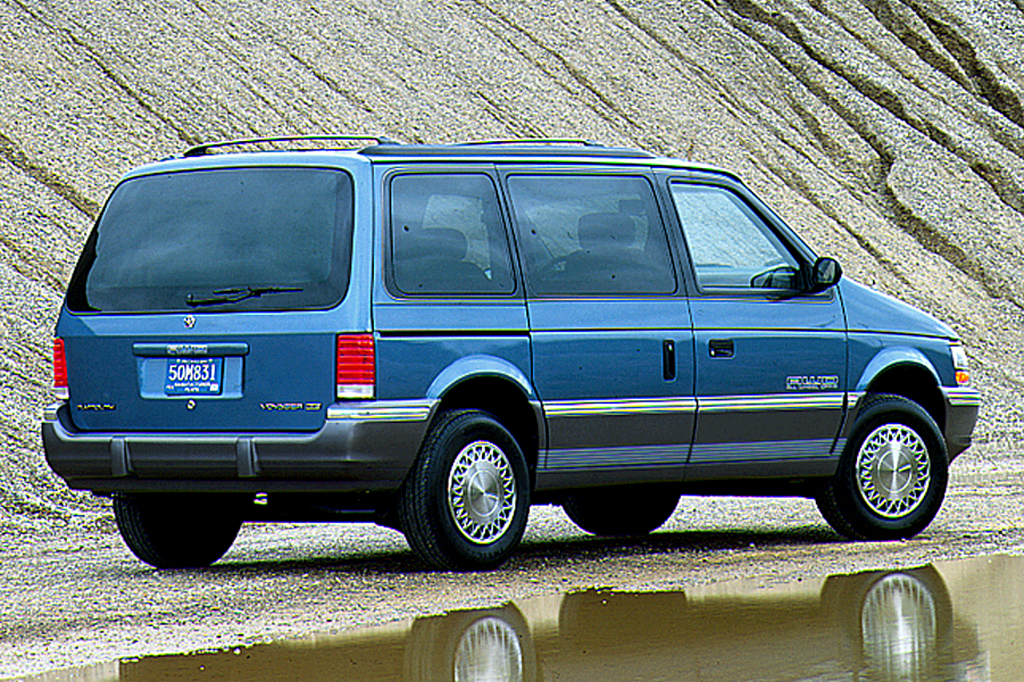 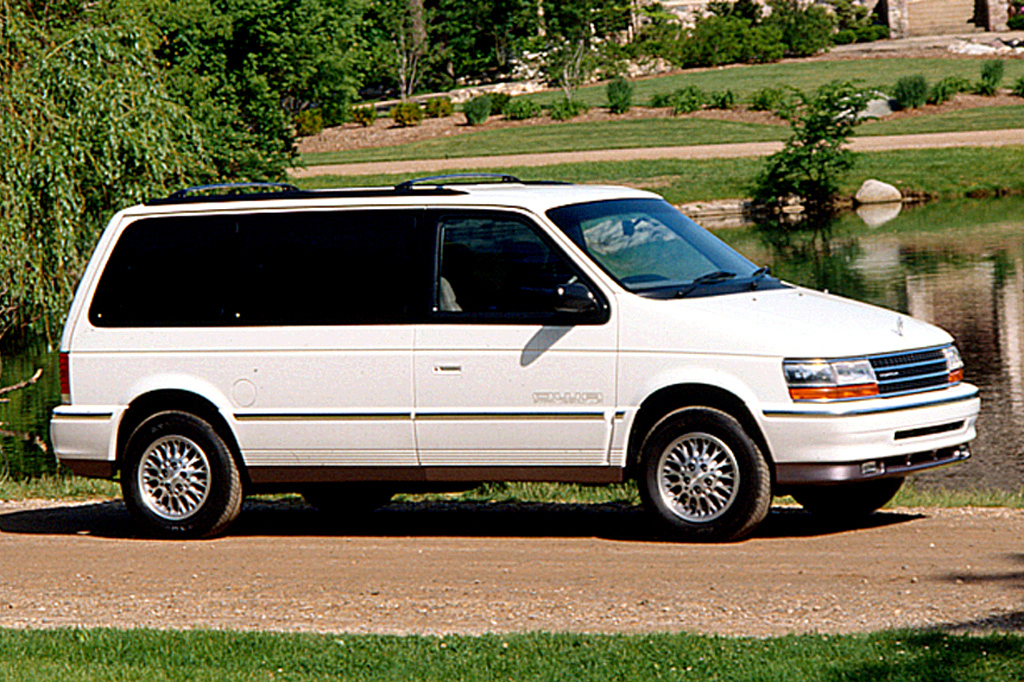 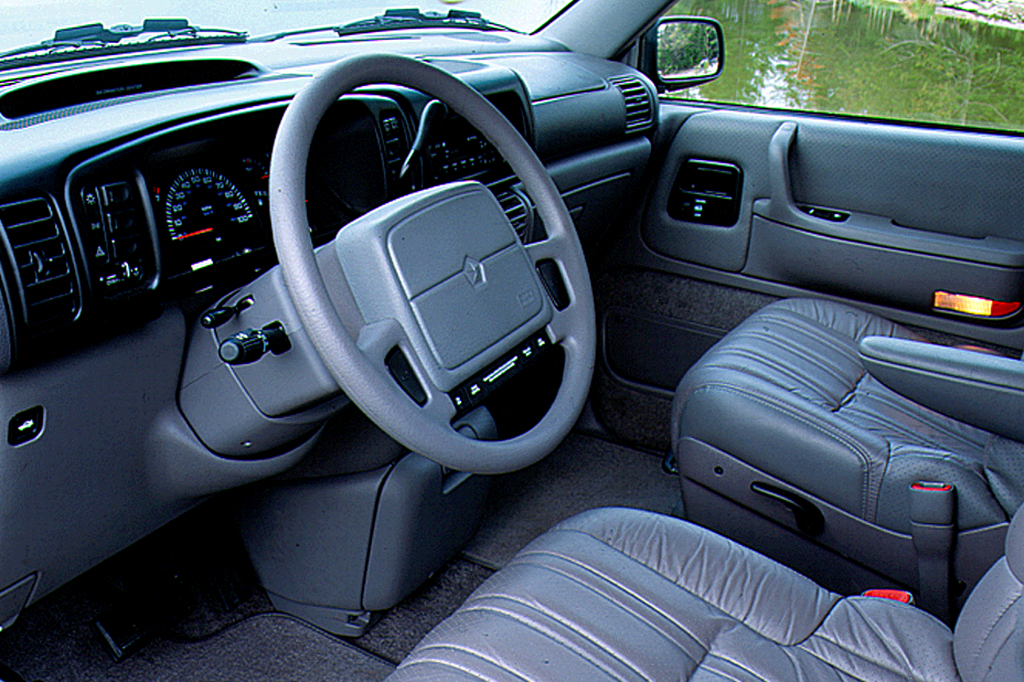 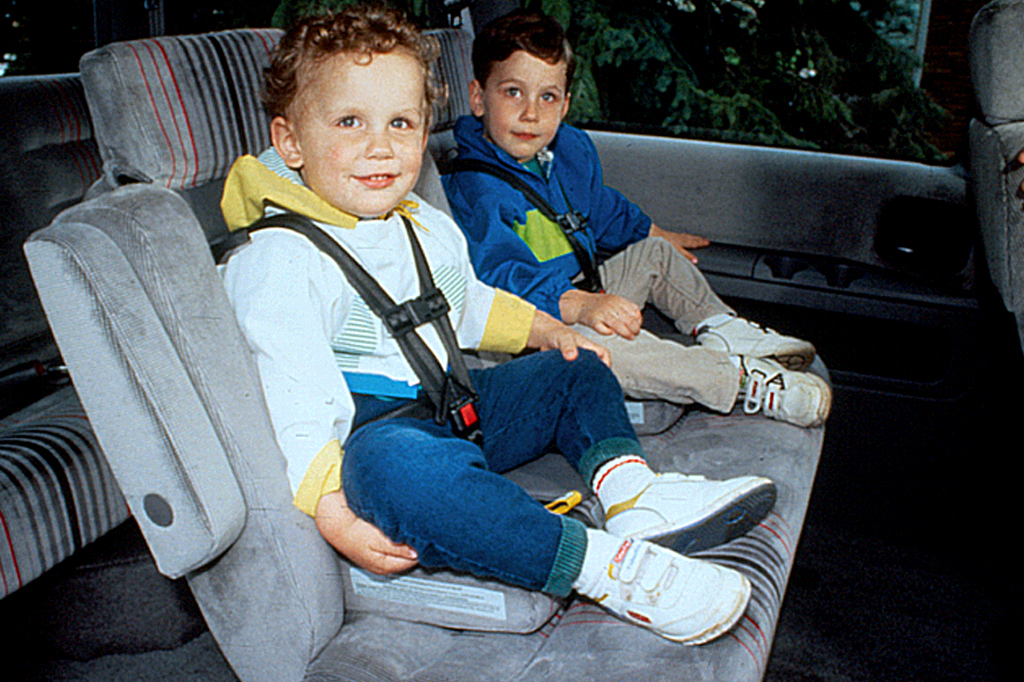 With all the revisions, Chrysler reasserted its minivan leadership against a growing number of serious competitors. They remained the best-in-class minivans because they were carlike to drive and offered a range of models and features that no rival yet matched.

Chrysler unveiled the second generation of its minivan trio in 1991. Major additions included optional antilock brakes and new all-wheel-drive models. The standard-wheelbase Plymouth Voyager continued to be marketed in base, SE, and LE trim levels. The longer Grand Voyager models were provided in SE and LE guise. Under the hood, the regular length models had a naturally aspirated 2.5-liter 4-cylinder as the standard engine and a 3.0-liter V6 as an option. A 3.3-liter V6 was standard on Grand Voyagers and optional on regular-length SE and LE models. Four-cylinder Voyagers came with a 3-speed automatic transmission; in short-wheelbase models, the V6 engines were available with either a 3- or 4-speed automatic, while all Grand Voyagers had the 4-speed gearbox. AWD models required the 3.3-liter V6 and used a permanently engaged full-time system.

The primary focus of their redesign was the interior, which shows marked improvements in important areas. First of all, key controls were moved so they no longer are blocked by the steering wheel. Headlamps and wiper/washer switches are now on two pods flanking the steering wheel. Among a variety of thoughtful touches, climate and radio controls were moved closer to the driver, a new center console now features pull-out cupholders, and a locking glovebox has been added to the passenger side. Visibility is better all around, but especially at the rear where the window dips further into the liftgate.

A recalibrated suspension shows up in reduced body roll in turns, making Voyager’s road manners even more carlike. The Voyager steers precisely and has exceptional stability. On the road, Voyager is remarkably well-mannered for a minivan. Any of the 6-cylinder engines are preferable to the anemic 100-horsepower 4-cylinder. Power from the trio of V6s range from adequate with the 3.0-liter to impressive with the 3.8-liter. The 3.3-liter seems particularly smooth and responsive.