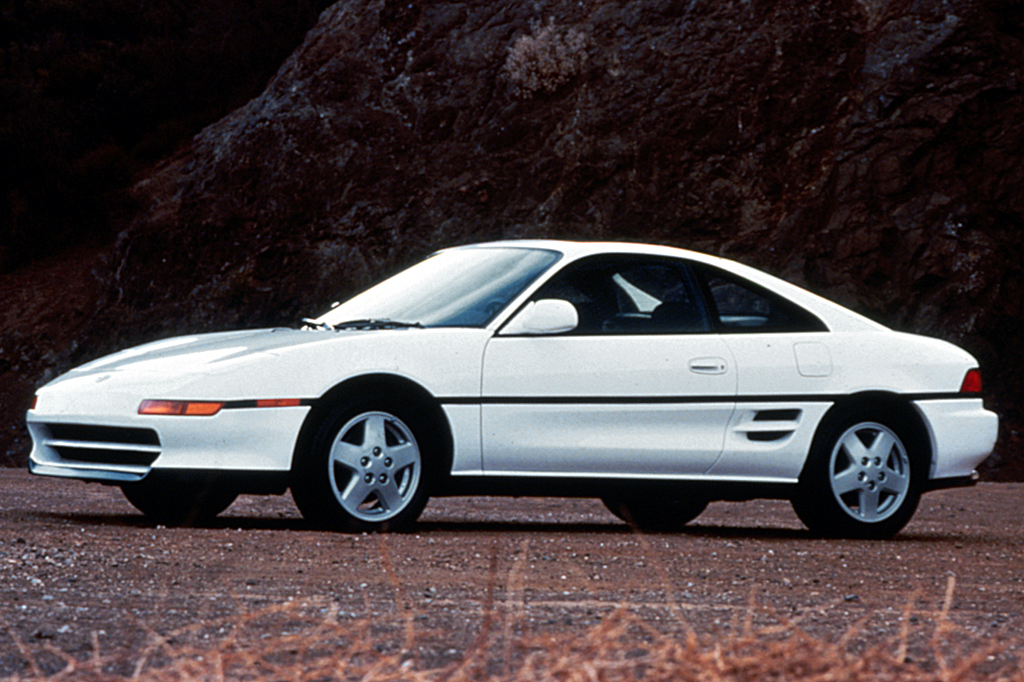 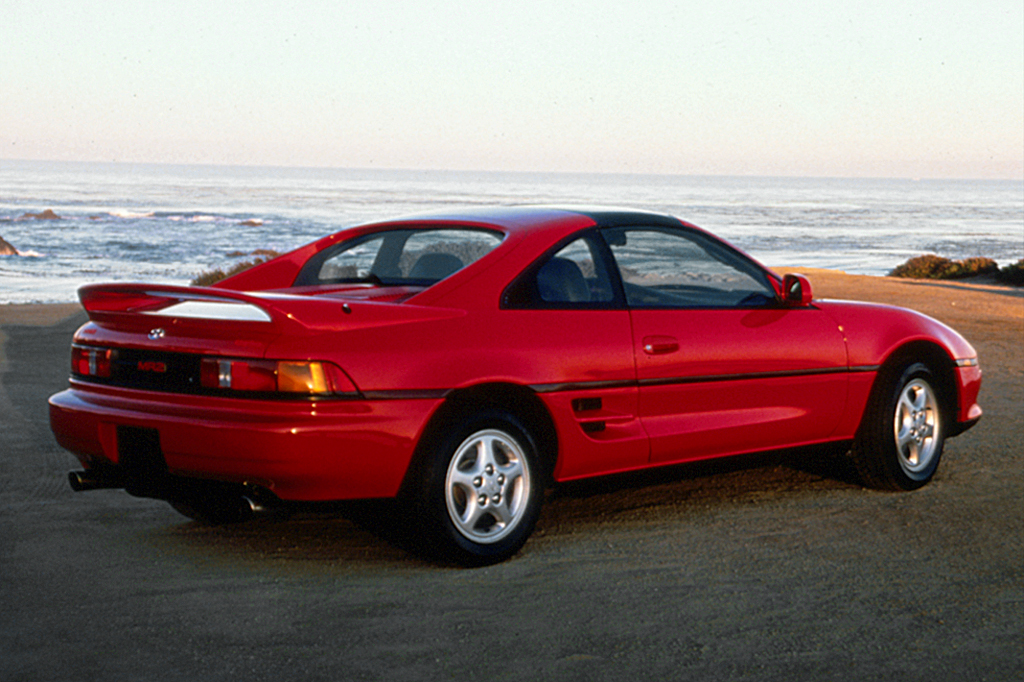 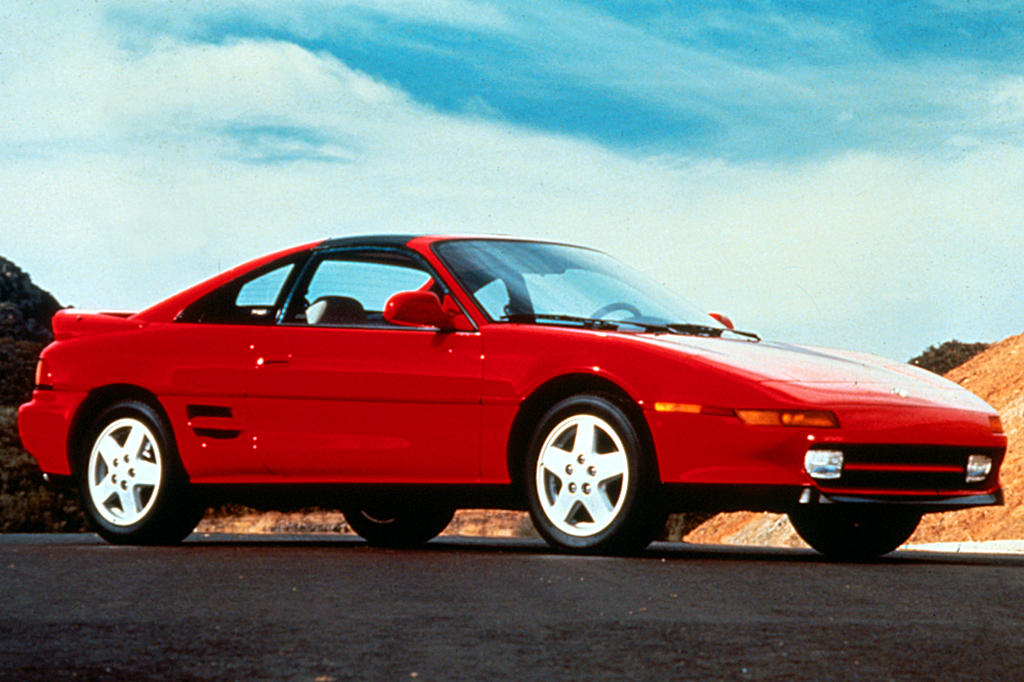 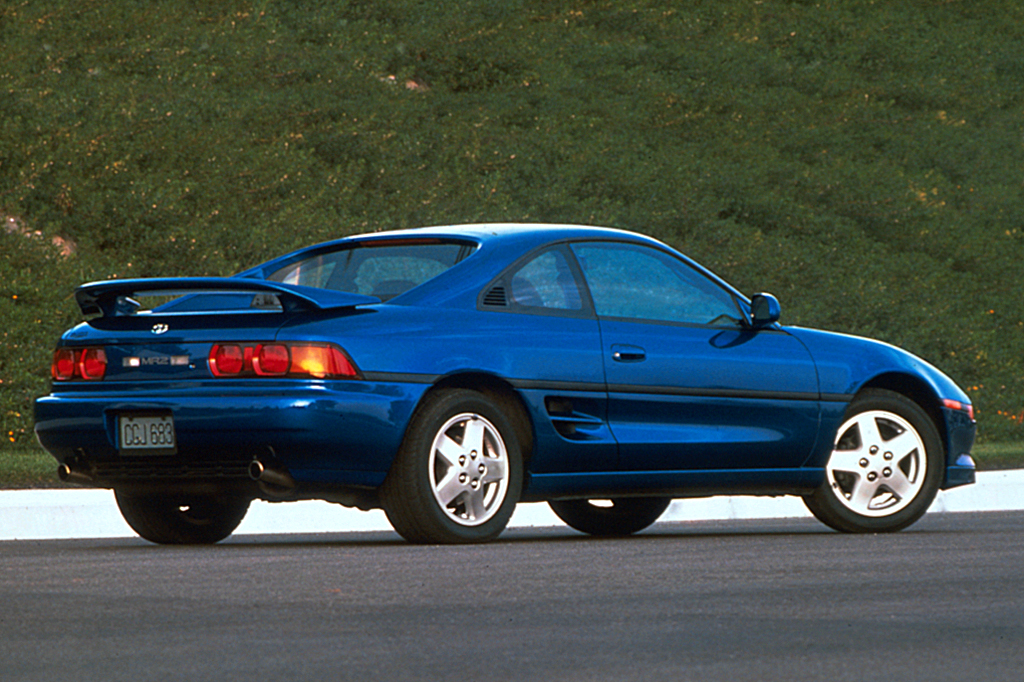 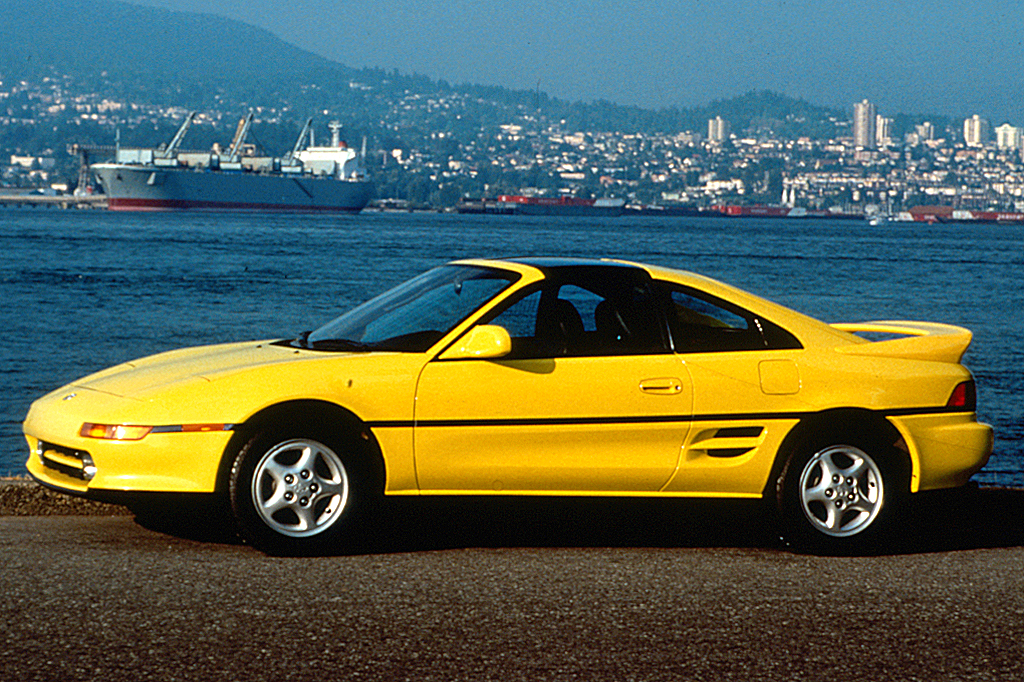 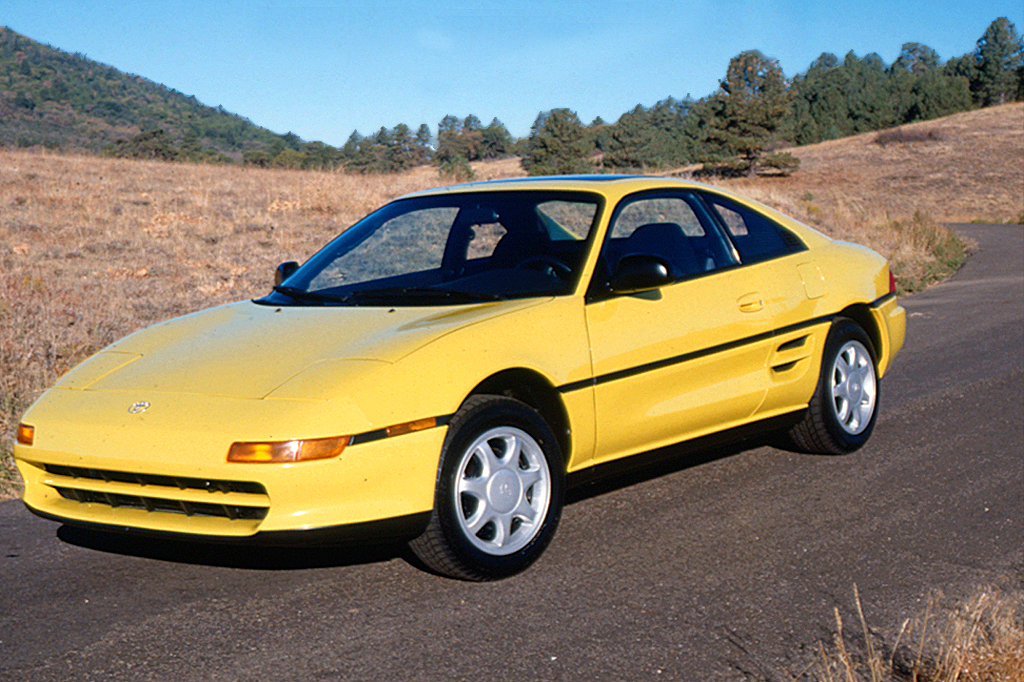 Billed as an “affordable exotic,” the MR2 was a slow seller. Soaring prices helped kill it, and they remain relatively high today. Because no one else offered a 2-seat midengined sports car in its price class, however, if that’s what you want, Toyota is the only game in town. Fortunately, Toyota’s reputation for solid workmanship makes the MR2 a better value.

After a half-decade on the market in its prior form, Toyota’s mid-engined, rear-drive sports car earned a redesign for 1991. Dubbed “Mister Two,” the 2-seater skipped the 1990 model year completely. The reworked version arrived in spring of that year, as an early ’91 model.

Bigger and racier in appearance than its predecessor, the 1991 MR2 displayed Ferrari-like styling and offered more power than before. Base models got a 130-horsepower, 2.2-liter 4-cylinder engine, borrowed from Toyota’s Celica GT/GT-S. A turbocharged, 200-horsepower 2.1-liter engine, also used in the Celica All-Trac Turbo, went into the Turbo MR2. Both engines were dual-overhead-cam designs with four valves per cylinder, mounted transversely behind the 2-passenger cockpit. A supercharged engine, available in 1989, was not used in the new generation.

A 5-speed manual transmission was standard, with 4-speed automatic optional for nonturbo models. Unequal-size tires and wheels were installed: 195/60 on 6-inch wheels up front, versus 205/60 on 7-inch wheels at the rear. T-bar roof panels were available on the Turbo and the base MR2, but an optional pop-up/removable moonroof could be installed instead.

Riding a wheelbase that had been increased by 3.2 inches, measuring 9.3 inches longer overall, the new MR2 weighed 350 to 400 pounds more than its predecessor. A driver’s airbag was standard, and antilock braking was a new option. So was electro-hydraulic power steering.

As the name suggests, Turbo coupes got a turbocharged engine: a 2.0-liter unit that made 200 horsepower, borrowed from the Toyota Celica All-Trac Turbo. Also borrowed from the Celica, the 2.2-liter base engine was rated at 130 horsepower, increased to 135 for 1993. A 5-speed manual gearbox was standard, and the only choice for Turbos. A 4-speed automatic transmission could be installed in nonturbo models.

High in fun quotient, the MR2 isn’t too bad in practicality, either. Performance is a plus, especially with the Turbo, which accelerated to 60 mph in 6.9 seconds. A stick-shift base model, in contrast, took 8.5 seconds to reach that velocity.

A turbocharger isn’t necessary to enjoy the merits of an MR2, because the base model is nearly as much fun–and markedly cheaper, even today.

With the engine sitting right behind your ears, you’re sure to hear a lot of mechanical noise. Road rumble also may be prominent, due to the aggressive tire-tread design of the original high-performance tires.

With a firm suspension and wide tires on the MR2, you’ll feel most bumps and endure some harshness on washboard surfaces and heavily patched pavement, where the ride can become jiggly. Making up for that drawback, you’ll be able to scoot around corners practically like a Go-Kart. You can expect crisp turn-in and a virtually flat cornering attitude when the car is driven assertively. Braking is swift and stable, too.

Watch out for the tendency of the rear tires to suddenly skid sideways under hard throttle in a sharp turn. That’s not unusual behavior for a rear-drive sports car, but it can be tricky for the less-experienced driver. Suspension modifications for 1993 helped, but it’s still necessary to be wary in later models.

Turbo fuel economy disappoints. We got only 19.6 mpg overall when the car was new.

Cargo space divides between nooks around the spare tire in the nose (about 1 cubic foot) and a deep, oblong trunk behind the engine (5.5 cubic feet). Obviously, you’ll need to travel light. The low-slung cockpit looks snug, but provides more than adequate adult-size room and good outward visibility.