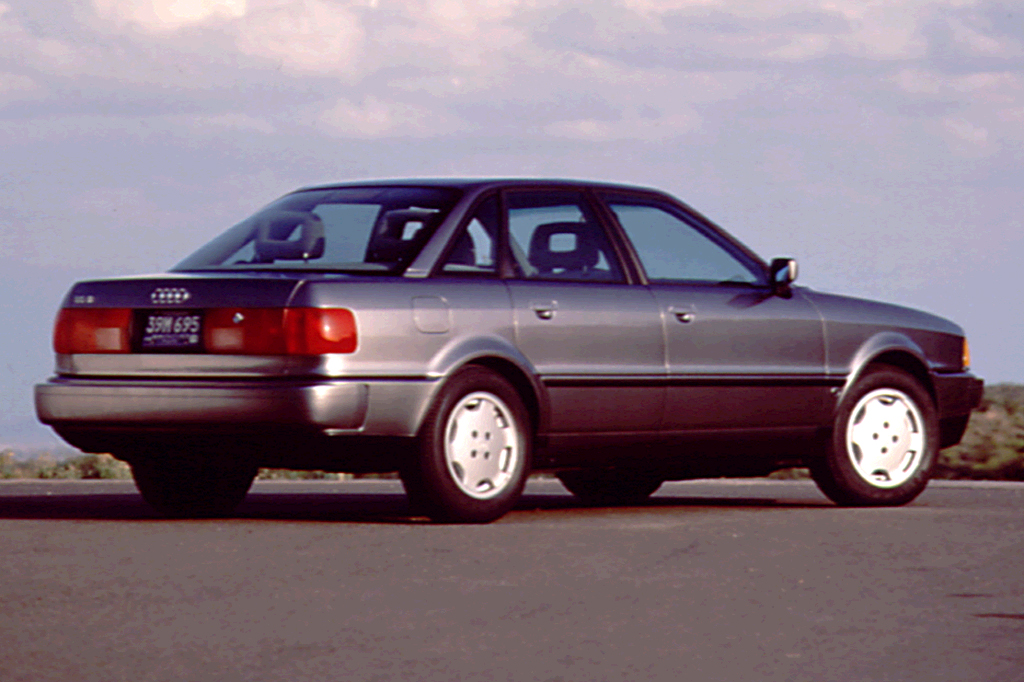 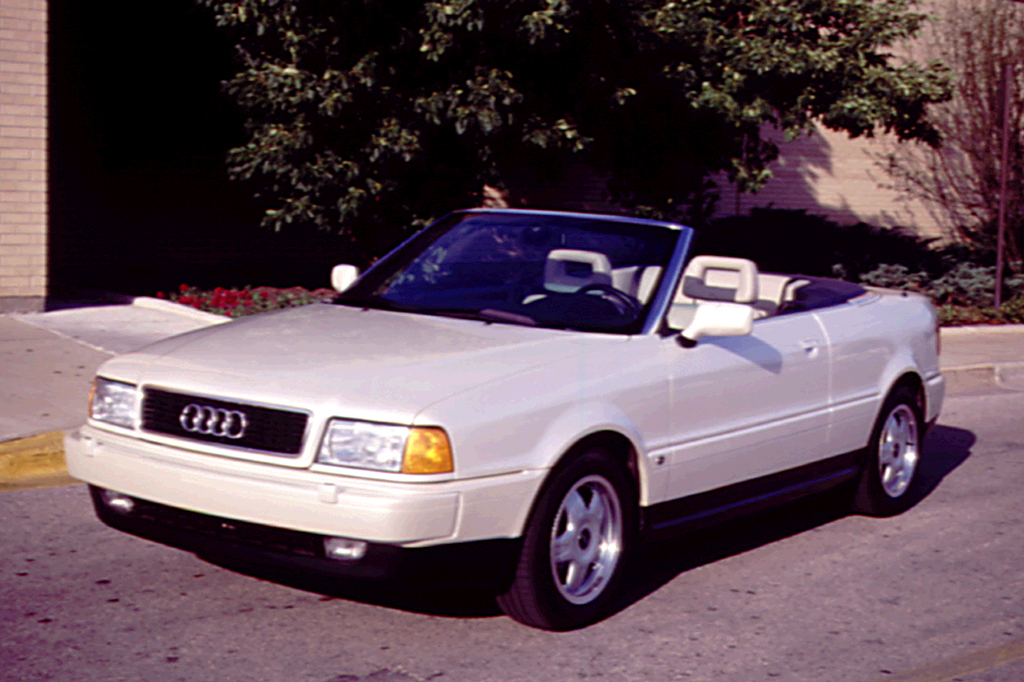 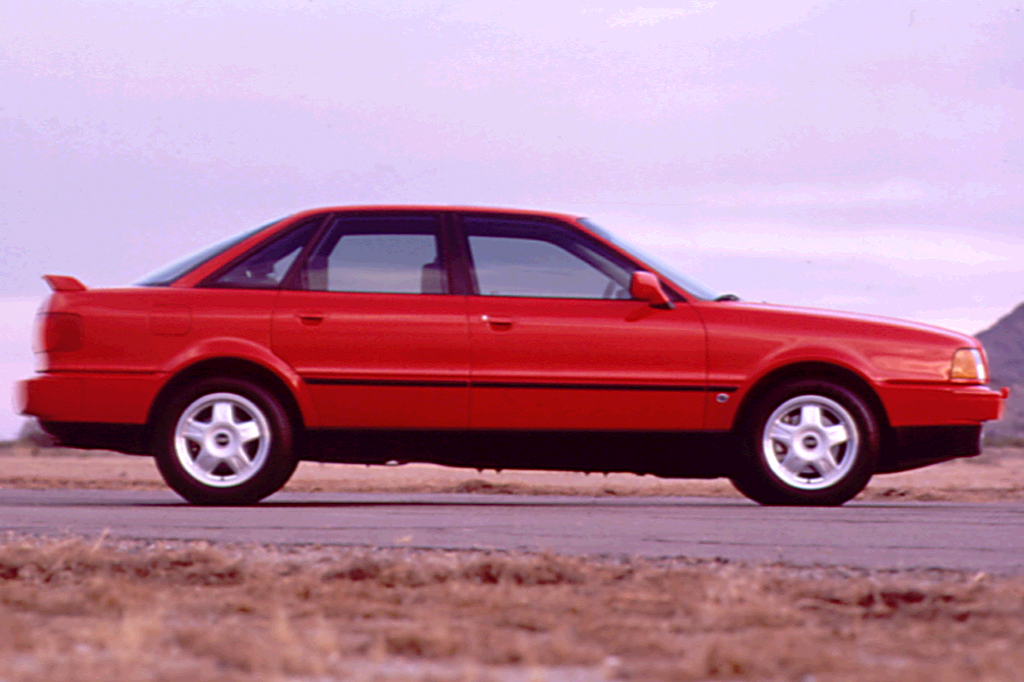 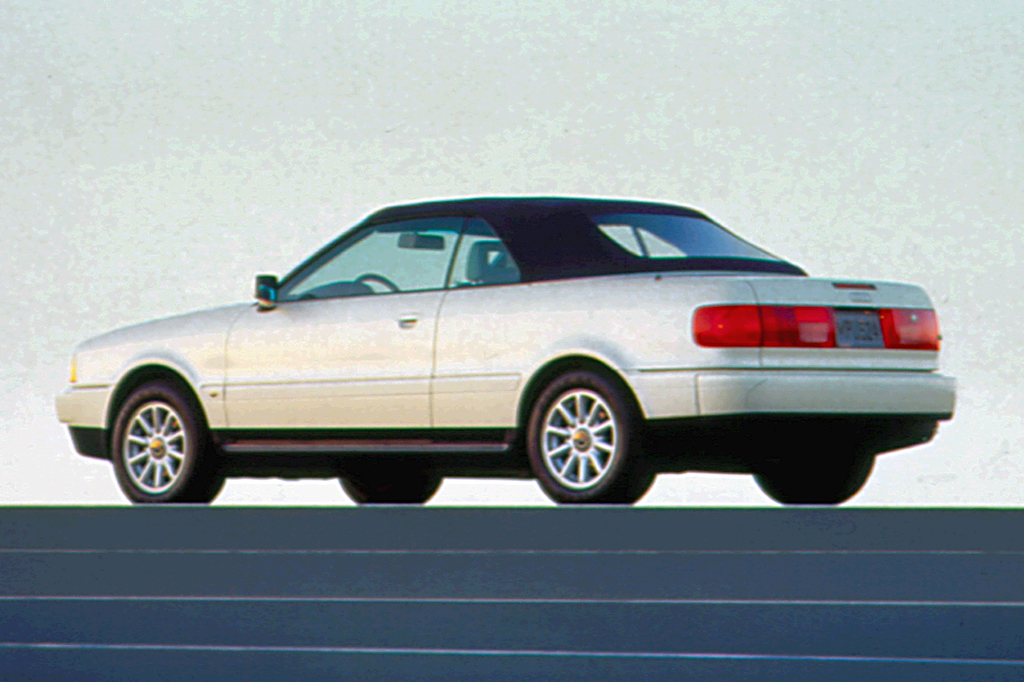 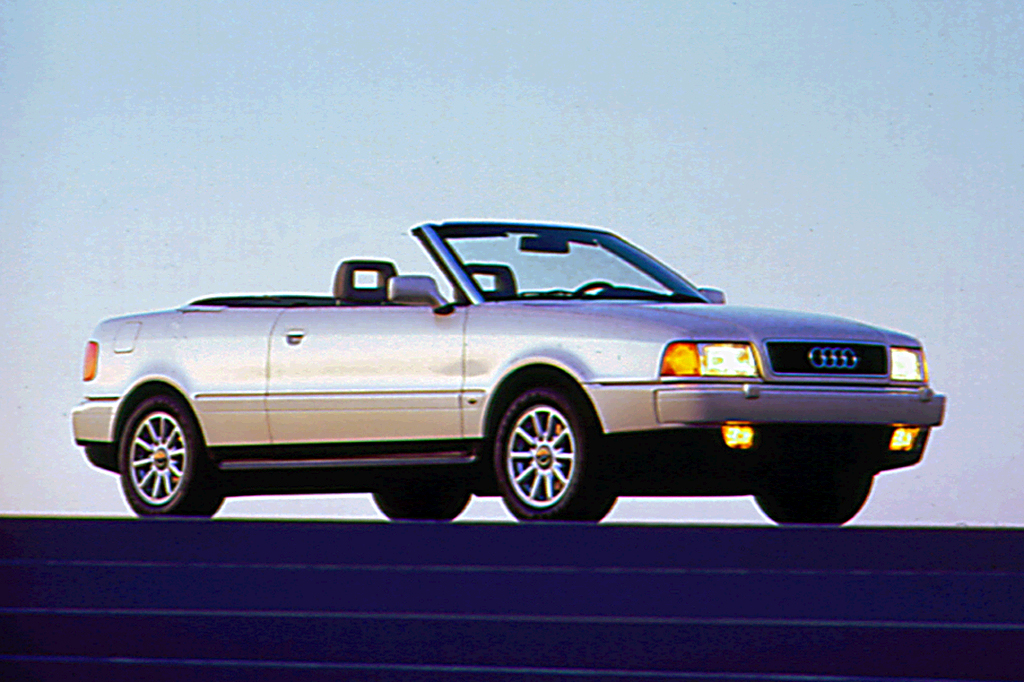 Audi’s 90 had some attractive features, including a sporty manner (at least with the 5-speed), available 4-wheel drive, and solid feel. Nevertheless, it did not sell strongly in the “near-luxury” market, which was dominated by such Japanese-brand models as the Acura Vigor, Infiniti J30, Lexus ES 300, and Nissan Maxima SE. When these cars were new, dealers offered big discounts to spur sales, so expect to find lower-than-average used-car prices for all except convertibles and high-performance models.

A V6 engine, borrowed from the bigger 100 series, edged aside the old 5-cylinder powerplant when Audi restyled its smaller sedan. Replacing the former 80/90 models, the new 90 came only as a 4-door sedan on a wheelbase two inches longer than before. Overall length grew by four inches. Three versions went on sale. The 90 S and 90 CS versions were front-wheel drive, while the 90 CS Quattro Sport got permanently engaged all-wheel drive. Antilock all-disc braking and a driver-side airbag were standard.

All models carry a 2.8-liter V6 engine, with 5-speed manual shift standard (mandatory on the Quattro). A 4-speed automatic transmission was available in the 90 S and CS, and standard in Cabriolets. Quattro models had permanently-engaged all-wheel drive, but others were front-drive.

Though a smooth runner, and a lot zippier than its predecessor when equipped with 5-speed manual shift, the V6 Audi lags in off-the-line acceleration with 4-speed automatic. Without a doubt, the engine runs smoothly and quietly, and power delivery is very linear. However, that automatic transmission drains the engine’s ability to deliver quick bursts of speed in around-town driving. The automatic also shifts rather abruptly and tends to hold each gear too long. Audi’s 5-speed gearbox, on the other hand, is smooth and precise. So is the car’s clutch. The V6 engine demands premium fuel, though mileage is good.

Expect plenty of tire and suspension noise on any imperfect surfaces, plus a ride that’s a bit too firm on harsh urban pavements. Tar strips and small bumps do not go unnoticed, though bigger obstacles are taken in stride. Stable handling from the taut suspension imparts a secure feeling at highway speeds, with good grip in hard corners.

The dashboard layout is businesslike, with clear audio and climate controls, plus a large round speedometer and tachometer. Interiors look a bit austere in the 90 S, but CS versions with their wood accents appear somewhat dressier. Either way, the materials that are used impart an impression of quality.

Most drivers are likely to feel comfortable behind the wheel. Seats are firm and supportive, with height adjustments for the shoulder belt and lower cushion. Despite the longer wheelbase, interior dimensions are virtually identical to the previous model, but trunk space grew from 10.2 to 14.0 cubic feet, increasing its utility. Front-seat space is ample, but the rear lacks leg room, giving the interior a rather cramped ambience.

Cabriolets look great but suffer from excessive body shake and flex on bumpy roads–out of character for the car’s hefty price when new (and used, too). Performance is acceptable in day-to-day driving, but the lack of low-speed power and imperfect shift action makes it feel lethargic. Front seat space is adequate for average-size adults, and head room beats most convertibles. The rear seat is useful only for children. Controls are well-positioned, but the radio has too many small, poorly marked controls. Several competitors offer a glass rear window with electric defogger, in contrast to the Cabriolet’s plastic pane.

Recent models have been well-assembled. The “Audi Advantage” plan covered most routine maintenance for three years or 50,000 miles.