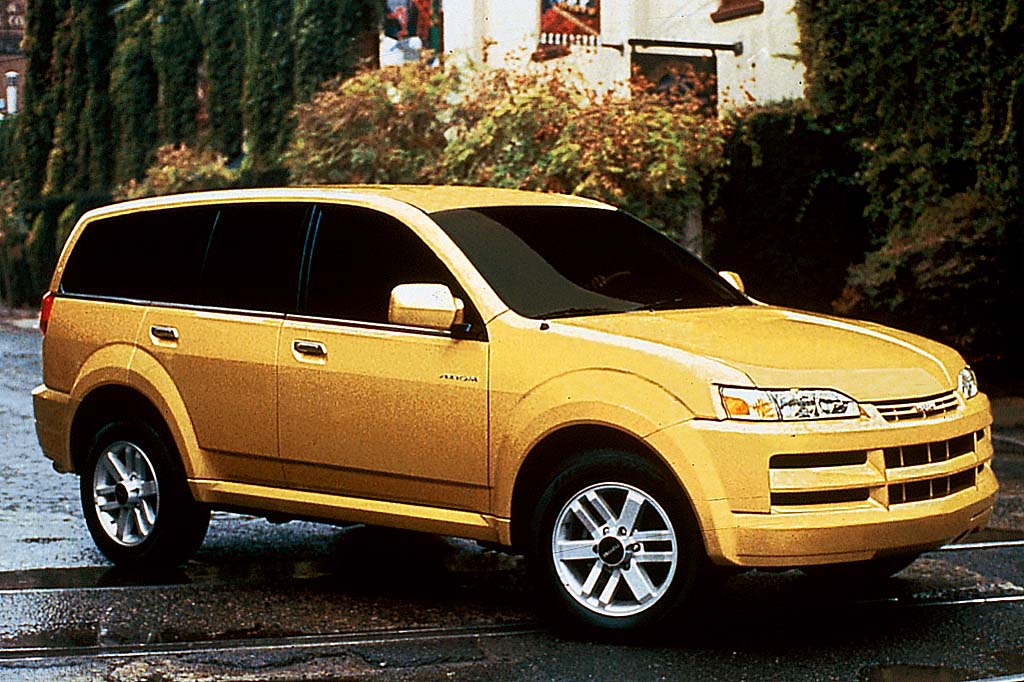 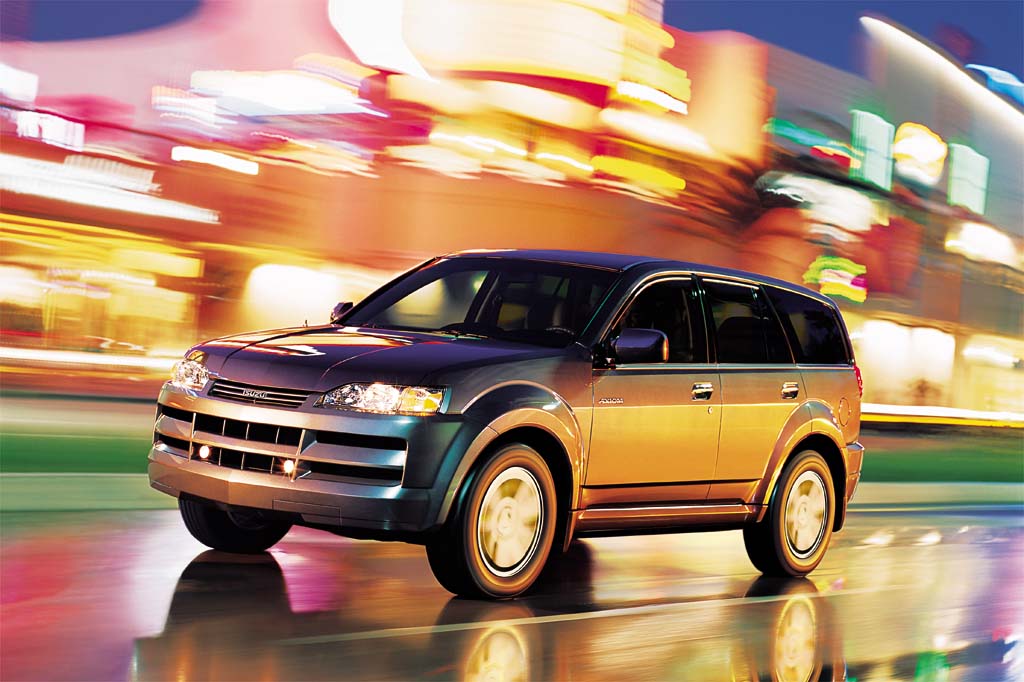 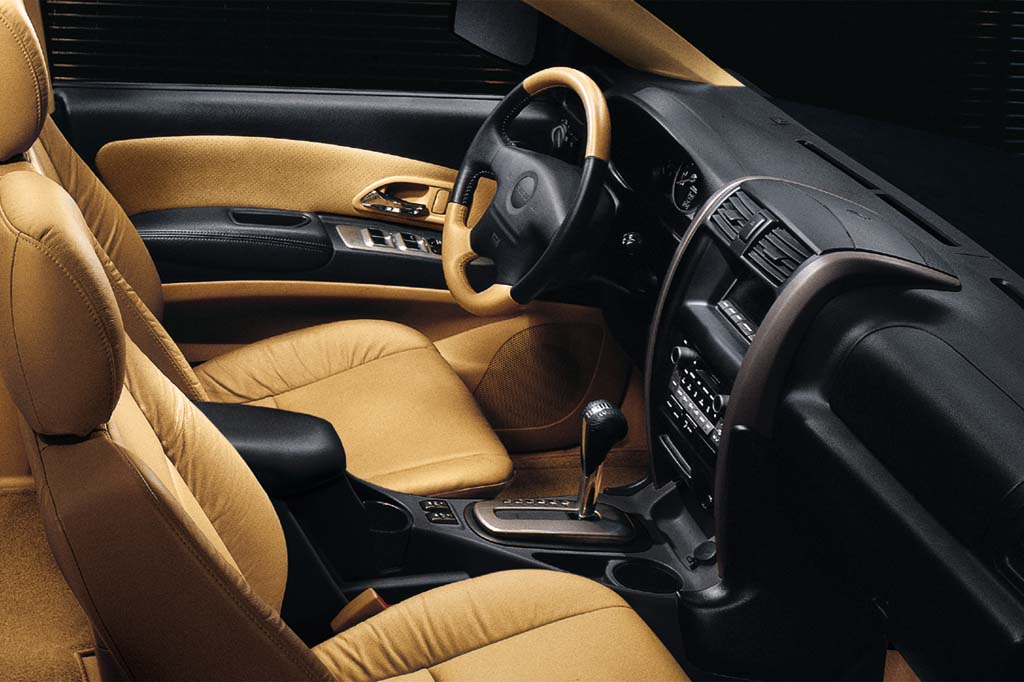 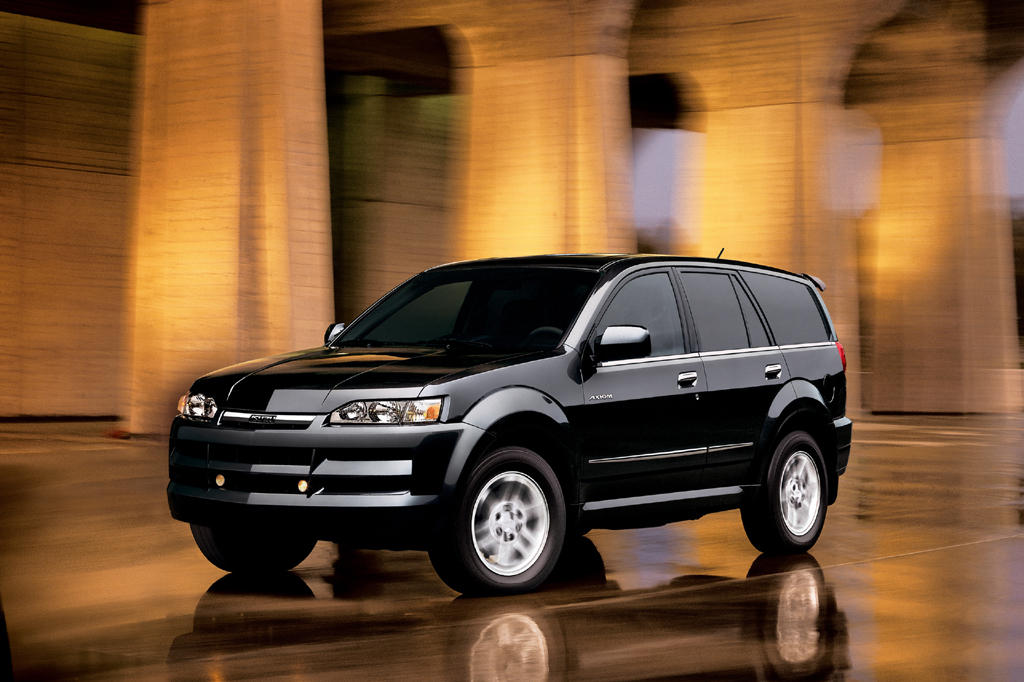 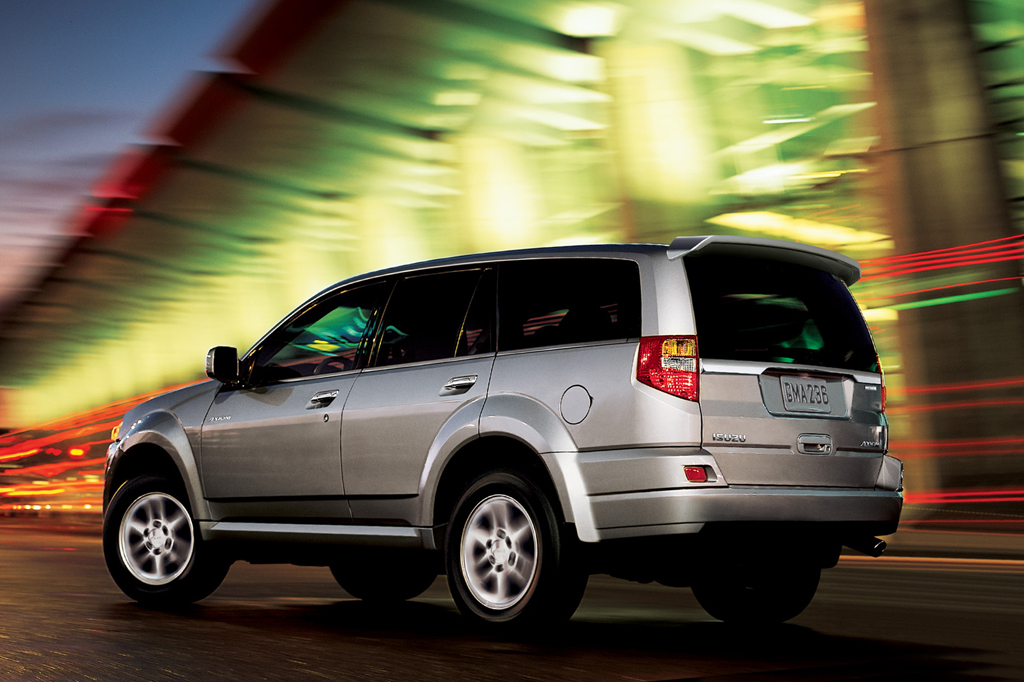 Underwhelming is the word for Isuzu’s Axiom. Beneath its edgy styling, the Axiom is troublingly trucky and trails any number of car-based “crossovers” for value, refinement, performance–and even utility. Lack of third-row seating is another drawback these days, for a midsize SUV. Because Axiom sales have been snail-paced, prices may be low.

Isuzu placed a sleeker body on its midsize Rodeo SUV chassis and installed a larger V6, to create the Axiom for 2002. Axioms were offered in base and uplevel XS trim levels. They shared a 3.5-liter V6 from Isuzu’s recently-retired Trooper SUV. A four-speed automatic was the only transmission.

Axioms were available with rear-wheel drive or with Isuzu’s Torque On Demand four-wheel drive, which can be left engaged on dry pavement and included low-range gearing. Although Axioms shared the Rodeo’s wheelbase, they were six inches longer and about 1.6 inches taller. The Axiom’s body was considerably curvier.

Side airbags were unavailable, but antilock braking was standard. Also included were 17-inch alloy wheels and Isuzu’s Intelligent Suspension Control, which was basically electronically managed shock-absorber damping. Axioms with four-wheel drive had rear disc brakes instead of drums.

In 2002-03, Isuzu’s 3.5-liter, dual-overhead-cam V-6 engine made 230 horsepower and teamed with a four-speed automatic transmission. For 2004, Isuzu introduced a direct-injection gasoline engine rated at 250 horsepower. Axioms may have rear-drive or four-wheel drive.

Performance ranks around class-average. When new, a test 4WD XS Axiom accelerated to 60 mph in 8.3 seconds. On the down side, the V6 feels somewhat labored, aggravated by syrupy throttle response and a need for a hefty shove on the accelerator for best pickup. Isuzu claimed a 0-60 mph acceleration time of 7.5 seconds for the 250-hp engine introduced in 2004.

As for steering/handling, the Axiom’s gimmicky suspension cannot disguise the aged Rodeo chassis. Handling is generally imprecise–far sloppier than in car-based unibody rivals such as the Toyota Highlander.

Expect mediocre grip and marked body lean in corners, especially in Normal mode, which also allows unruly nosedive and rebounding in hard stops. Slow, numb steering is another drawback, and an Axiom is easily blown about by gusty crosswinds.

Quietness falls below class-average. The V6 is coarse and throbby, except in gentle cruising. Wind rush is evident from 40 mph, tire roar marked on all but unblemished asphalt.

Instruments and stalk controls are acceptable, but look-alike audio and climate buttons are distinguished only by color. Their settings appear on a central screen that’s crowded with outside-temperature, date, and time readouts. The display is busy and washes out in bright light.

At the rear, the liftgate lacks separate-opening glass and doesn’t rise very high, so anyone above 5-foot-8 must stoop beneath it. The split rear seat double-folds to create a flat floor, but headrests must be removed first. Total load volume and small-items storage are nothing special.