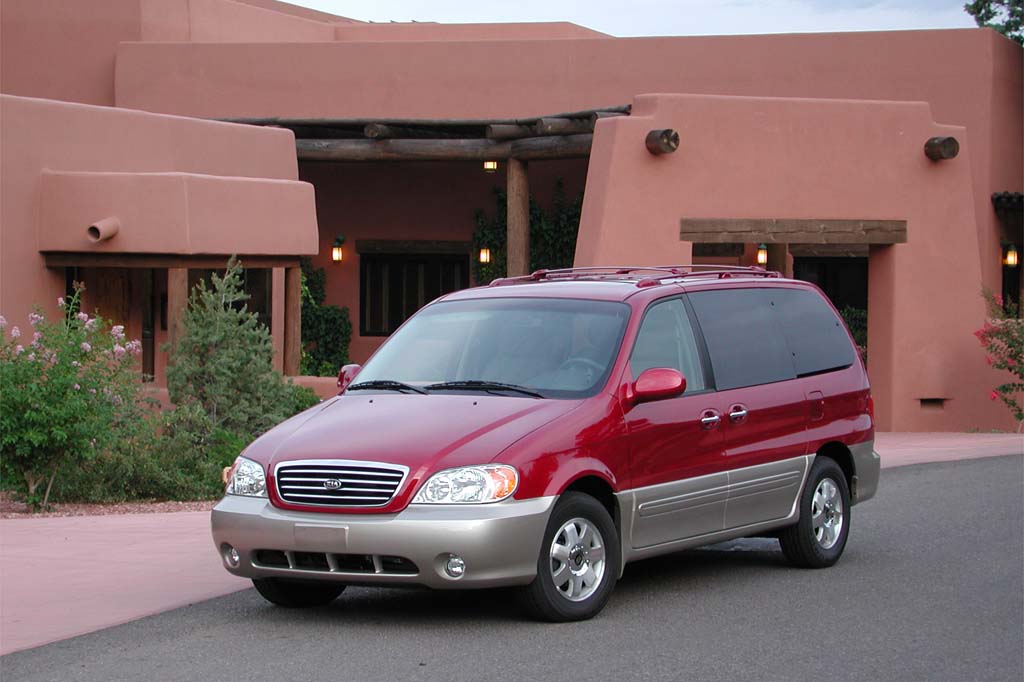 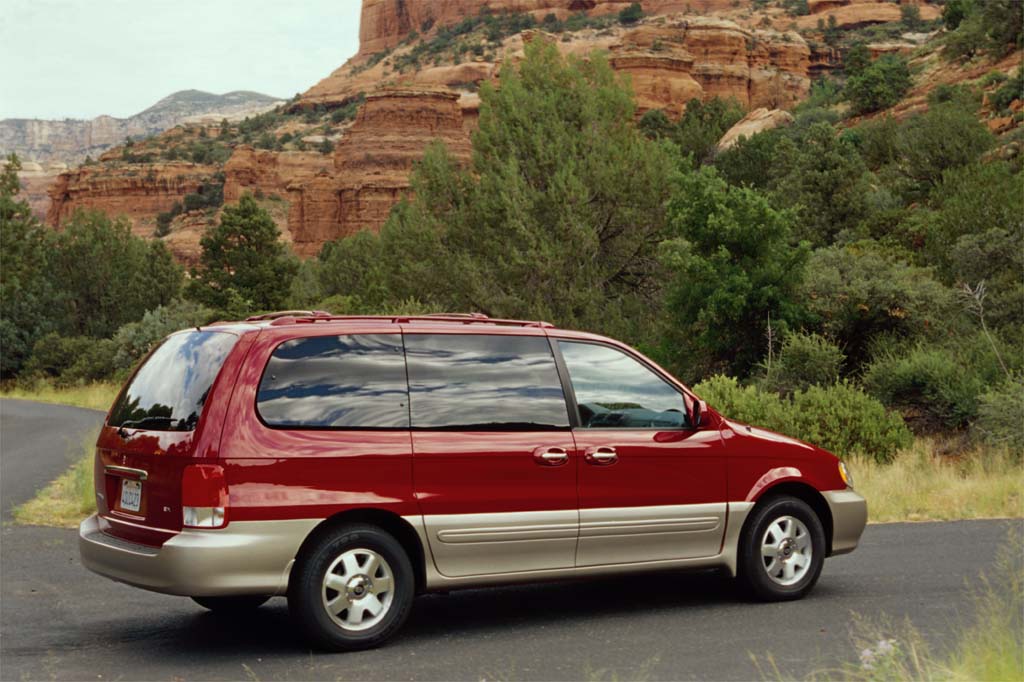 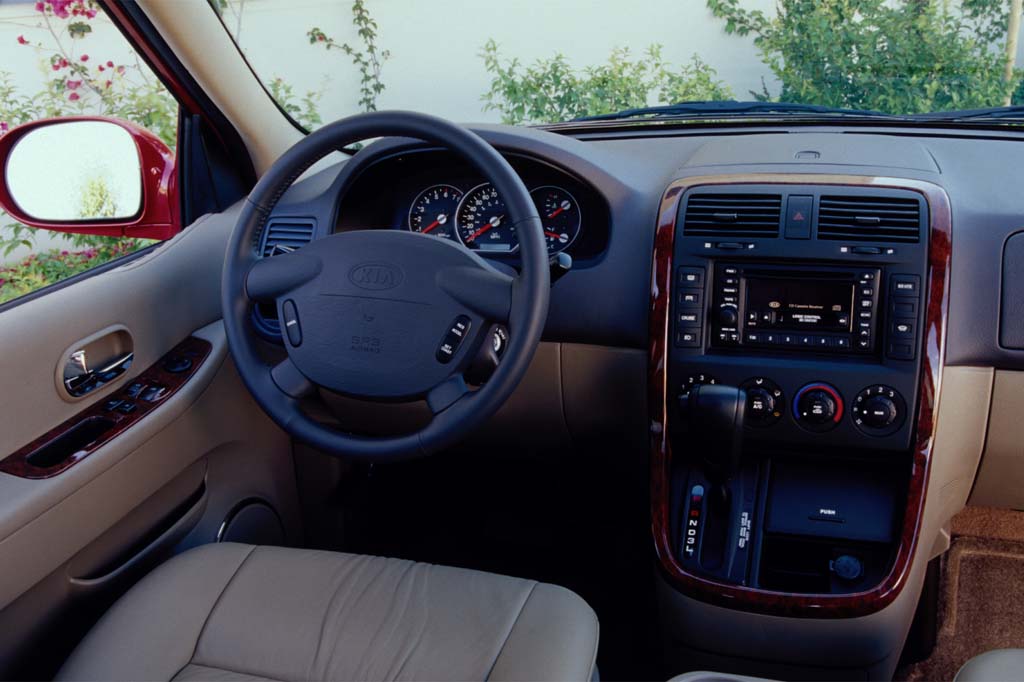 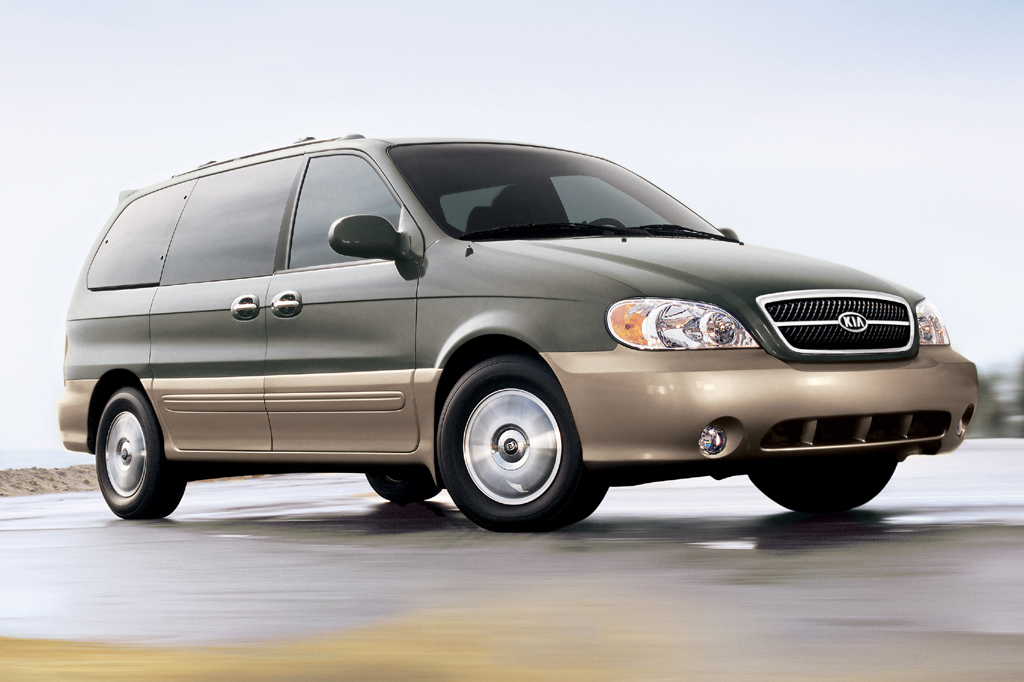 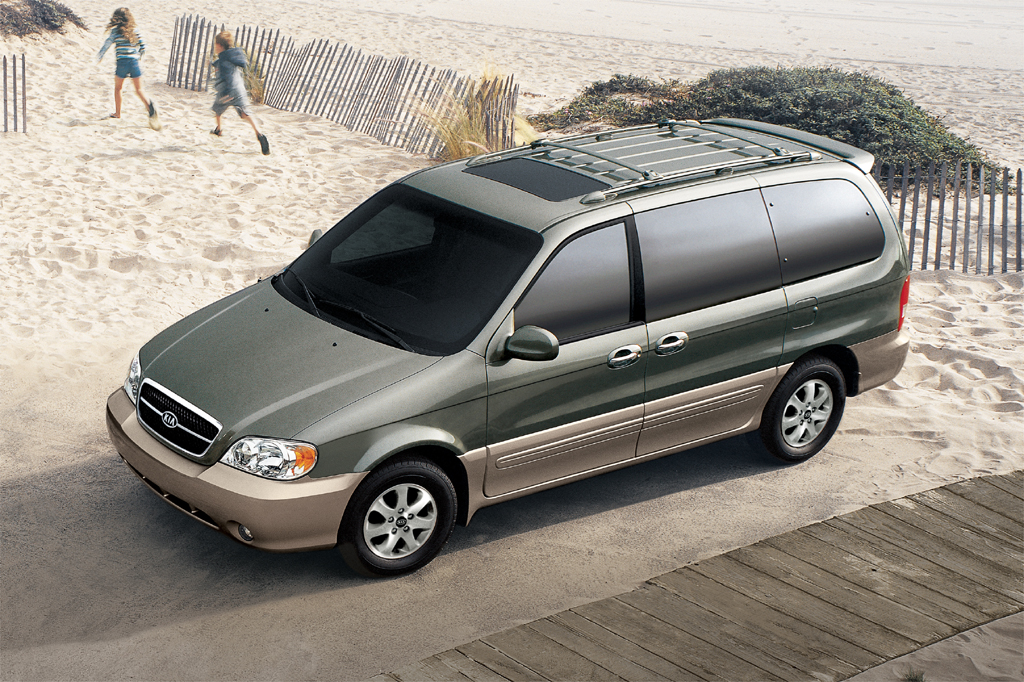 Korean automakers stake their fortunes on delivering more features per dollar than class competitors. On that basis, Sedonas trump all rivals. Kia says its comprehensive warranty is the number one reason buyers purchase its vehicles new. However, Kia’s customer satisfaction ratings and resale values have been low–which might make the Sedona a good buy secondhand.

Kia joined the minivan race for the 2002 model year. Built in South Korea, the new Sedona had a standard V6 engine and seven-passenger seating. All Sedonas were the same body length, which was comparable to a Toyota Sienna and roughly 2 inches longer than a regular-size Dodge Caravan.

Base LX and uplevel EX models were offered. Both used a 195-horsepower, 3.5-liter V6 teamed with a five-speed automatic transmission. Dual sliding rear side doors were standard, but power doors and side airbags were unavailable. Antilock braking was optional.

The LX’s second-row seat was a bench, while the EX contained buckets. Extra equipment on the EX also included heated mirrors, fog lamps, keyless entry, and alloy wheels. A sunroof and leather upholstery were optional only for the EX model.

A Sedona has adequate power in gentle driving, but it’s among the heaviest minivans on the market. Therefore, heavy throttle application is needed for scooting from a stop, passing, or catching up with highway traffic when loaded with passengers. An EX accelerated from 0-60 mph in 10.5 seconds, which falls short of the minivan norm.

Handling is marred by a slow, rubbery steering feel. Even leisurely changes of direction induce noticeable body lean. Excess weight and soft tires cause the nose to plow as cornering speeds increase. Stopping power is adequate, but some test models have suffered poor brake-pedal feel, with or without ABS.

Sedonas could be quieter, too. Tires sing on coarse surfaces, and the engine intrudes under even moderate throttle. One test model suffered considerable wind rush from around the tops of the front doors at highway speed, but others had acceptable wind-noise suppression.

Simple, clear instrumentation is satisfying. Controls are generously sized, plainly marked, and easily reached. The gearshift lever sprouts from the lower center of the dashboard, leaving controls unobstructed and allowing passage between front seats. The gear-position readout is thoughtfully repeated near the speedometer.

All told, the Sedona has a pleasant, contemporary interior ambience. Some lightweight-plastic controls are used, but assembly quality and most materials are competitive with those of like-priced minivans. Annoying rattles from second- and third-row seats were noticed on one new model tested.

Front seats are roomy and supportive. Driver positioning is good, and the EX has a standard power passenger seat. Both front seats have fold-down center armrests. Windshield wiper de-icers and rear wiper/washer have been standard, but aft visibility is impeded by headrests.

Cargo space is slim behind the third seat: a split 50/50 bench that flip/folds for more space. Second and third rows remove, but the lightest sections weigh over 60 pounds and are cumbersome to handle.