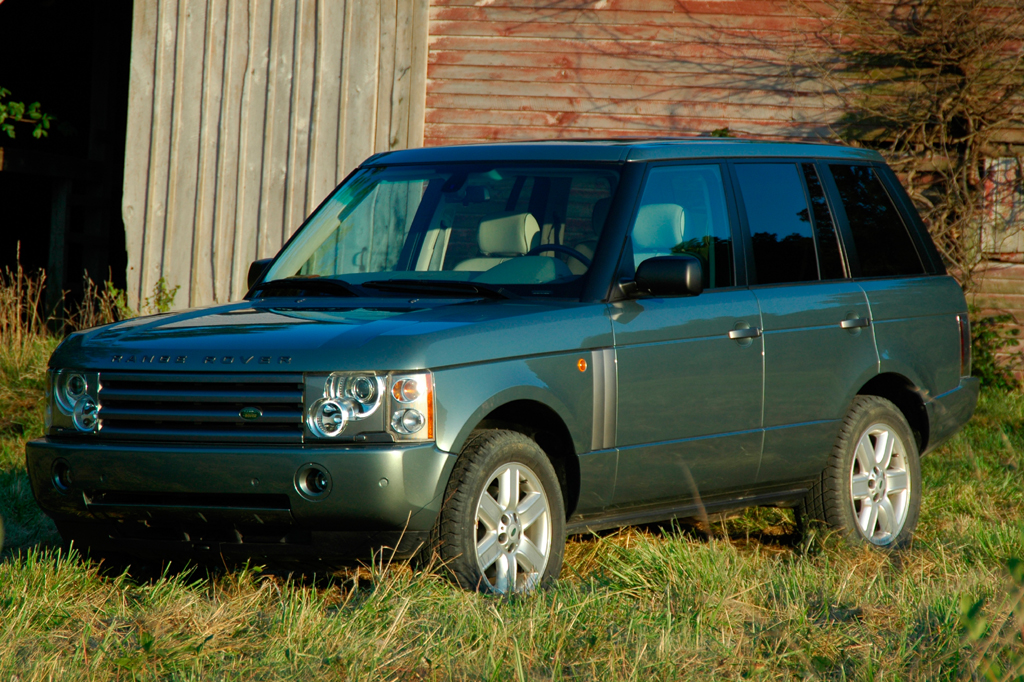 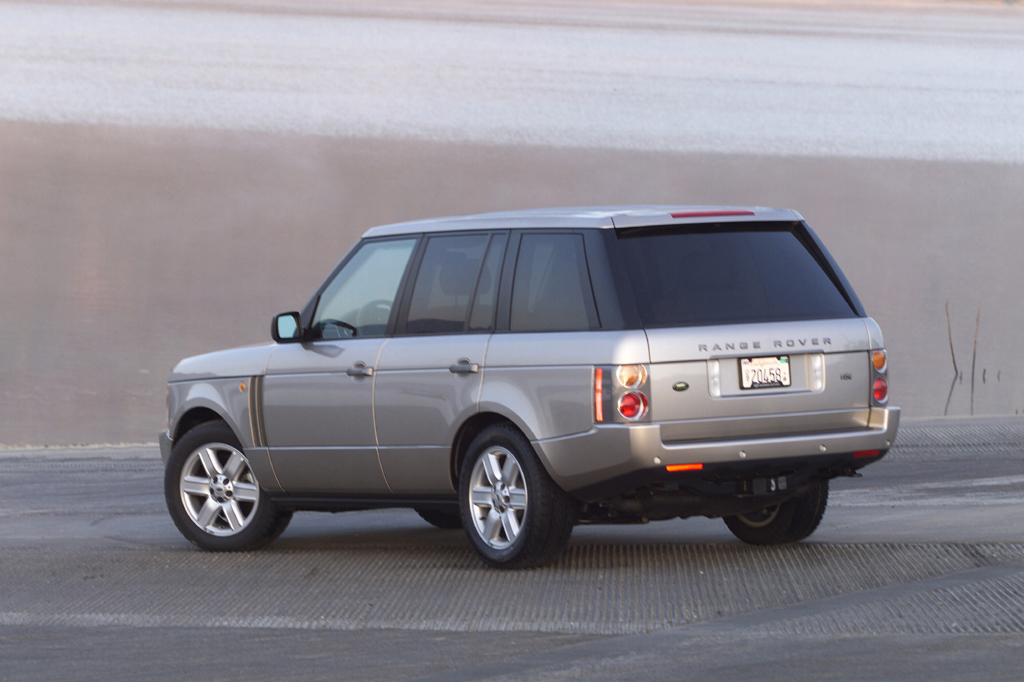 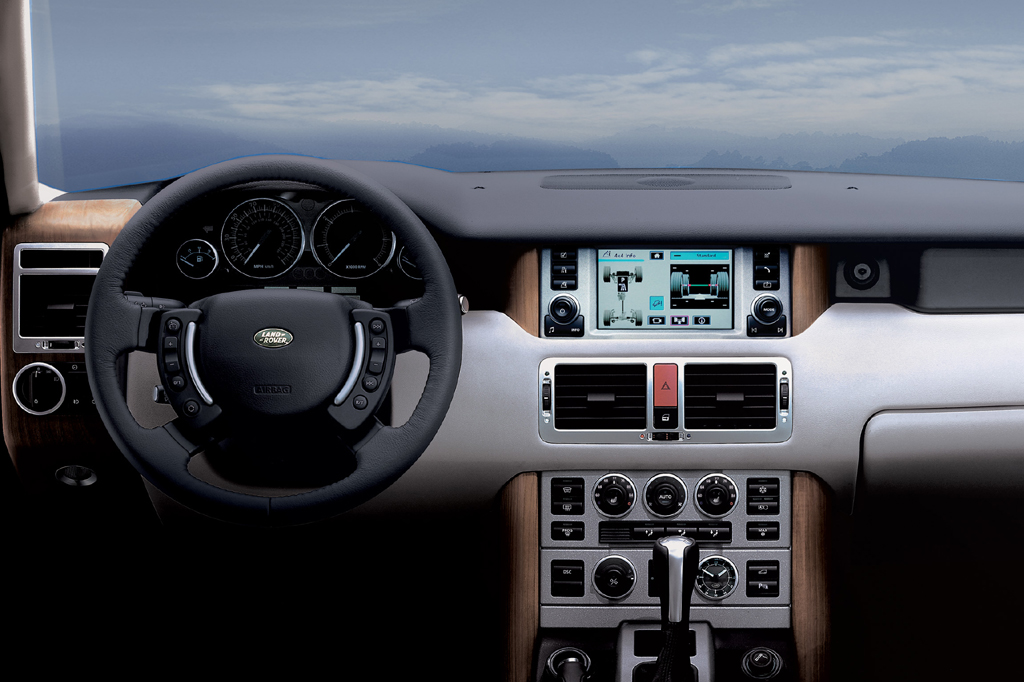 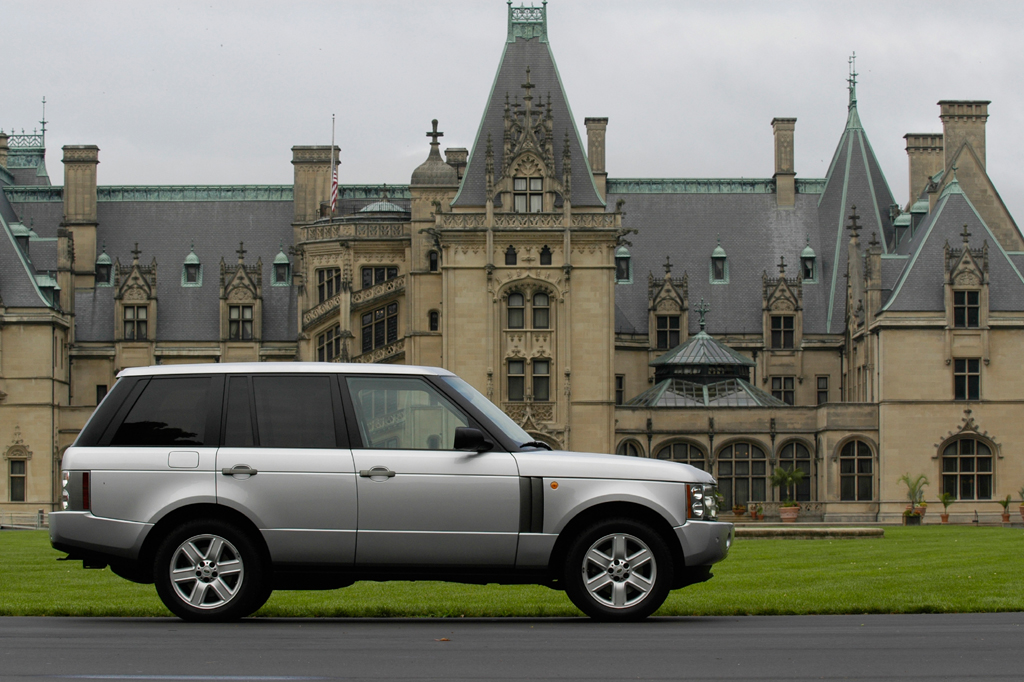 The new-generation Range Rover is no less adept off-road than the old one, but pulls ahead for on-road competence and refinement. In fact, it stands out among luxury SUVs for the balance of on-road manners, off-road ability, and high-class accommodations. There’s still nothing else like it–which is mostly what you pay for, new or used. For Range Rover’s well-heeled buyers, little else will do, and updates polished its upper-crest credentials. Few rivals are as high-tech as this Range Rover, but many offer most of its features and capabilities for much less money. The Supercharged model adds real muscle–for a lot of additional dollars.

Offered in a single HSE model, it marked only the third redesign in Range Rover’s 31-year history. Furthermore, this was the first with unibody construction and all-independent suspension.

Wheelbase grew by 5.3 inches, and overall length by 9.2 inches. Curb weight rose 400 pounds. Intended to compete with both luxury sedans and high-end SUVs, the newly styled five-passenger Range Rover was developed largely under BMW, which sold Land Rover to Ford in 2000. Several features mimicked those of BMW’s own X5 4.4i. Chief among them were a modified version of BMW’s V8 engine, with 68 horsepower more than the previous Land Rover 4.6 V8.

A five-speed automatic transmission with a separate gate for manual shifting replaced the four-speed unit. An traction/antiskid control was standard, as was Land Rover’s hill descent control that limited speeds going downhill, but now in reverse as well as forward. Every Range Rover had all-wheel drive with low-range gearing that could be accessed “on the fly” at low speeds. Standard antilock four-wheel disc brakes featured full-power emergency assist. The standard height-adjusting air-spring suspension adjusted from low entry/exit to high off-road modes.

Added in mid-September 2002 to the standard xenon low-beam headlights were xenon high beams. Rivals included the Lexus LX 470, Mercedes-Benz M-Class, and Toyota Land Cruiser, as well as the Cadillac Escalade and Infiniti QX56.

Only one powertrain was available in 2003-05 Range Rovers: a 282-horsepower 4.4-liter V8 engine, mated to a five-speed automatic transmission. A Supercharged model joined for 2006, with a 400-horsepower V8. At the same time, a Jaguar-derived 4.4-liter V8 rated at 305 hp replaced the original BMW-sourced 282-hp 4.4-liter. A six-speed automatic transmission replaced the five-speed for 2006.

Land Rover claimed 0-60 mph acceleration in 9.0 seconds, which seems close to accurate, though midrange pickup can feel a bit labored in this heavyweight, despite its smooth, responsive, quick-acting transmission. Clearly, the current model is sprightlier than the previous Range Rover, and high-speed highway cruising is no sweat.

Ride quality is taut but almost luxury-sedan composed on smooth surfaces, with little tire thump on expansion joints. Even so, the air suspension cannot quite keep up with some pavement undulations, which can induce minor but annoying side-to-side rocking and vertical jitters.

Still a veritable mountain goat off-road, able to handle demanding tasks, the Range Rover is quite carlike on-road. Impressive grip is evident, but the tallish build overwhelms the suspension to allow fairly marked cornering lean and limit twisty-road agility. Steering is light but slow at low speeds, with numb on-center feel at high speeds. A relatively compact turning circle adds to parking-lot convenience. Automated settings take the guesswork out of off-road driving. Routine brake performance is quite good for a big SUV, though some testers called pedal feel touchy.

Quietness is an asset. Mechanically, the current model is far more refined than previous Range Rovers–rivaled on that score only by the Lexus LX 470. The early V8 is as smooth and hushed as in its BMW applications. Tire noise also is generally low, but noticeable wind rush sets in from as little as 60 mph–another penalty of the tall, blocky build.

Range Rovers offer plenty of driver and comfort functions, so switches are numerous. Not all are handy and clearly marked, and most take time to learn. So does the navigation system, the cassette tape deck lives inconveniently behind its power-out screen, while the CD changer is ensconced deep within the glovebox. Navigation adds to the frustration by requiring multiple inputs for simple operations. The instrument panel features graphic display of front wheel angle–a handy feature when off-road. Silken switchgear movement, top-grade leather, tasteful wood, and padded surfaces reflect BMW’s high-end design influence. Some new test examples suffered minor interior rattles and buzzes.

Head and leg room are generous up front. Step-in is a little steep for shorter people, even with the suspension in its lowest “Access” position. Seats are comfortably supportive, but allow occupants to slide around in fast cornering or at steep off-road angles. Range Rover’s traditional tall “command” driving stance yields clear sight lines to all corners, but a narrow rear window complicates close-quarters reversing even with standard obstacle detection.

“Theater” seating mounts the rear bench higher than front buckets. So, six-footer head room is only adequate. Leg space is ample with a similarly tall occupant ahead, but cushions are a bit short for best leg support. Narrow thresholds combine with tall ride height for awkward rear entry/exit.

Maximum cargo volume is among the lowest in the luxury full-size SUV class, but there’s ample room for most needs behind the rear seat, even with the accordion-fold hard cargo cover clipped in. But that cover is awkward to remove or install, and the load deck is relatively high, so watch your back with heavy cargo. A small dashboard glovebox isn’t too helpful, but expect adequate small-items storage elsewhere. Fold-out front cupholders–one in the dashboard, one in the console–appear to be afterthoughts with limited utility.