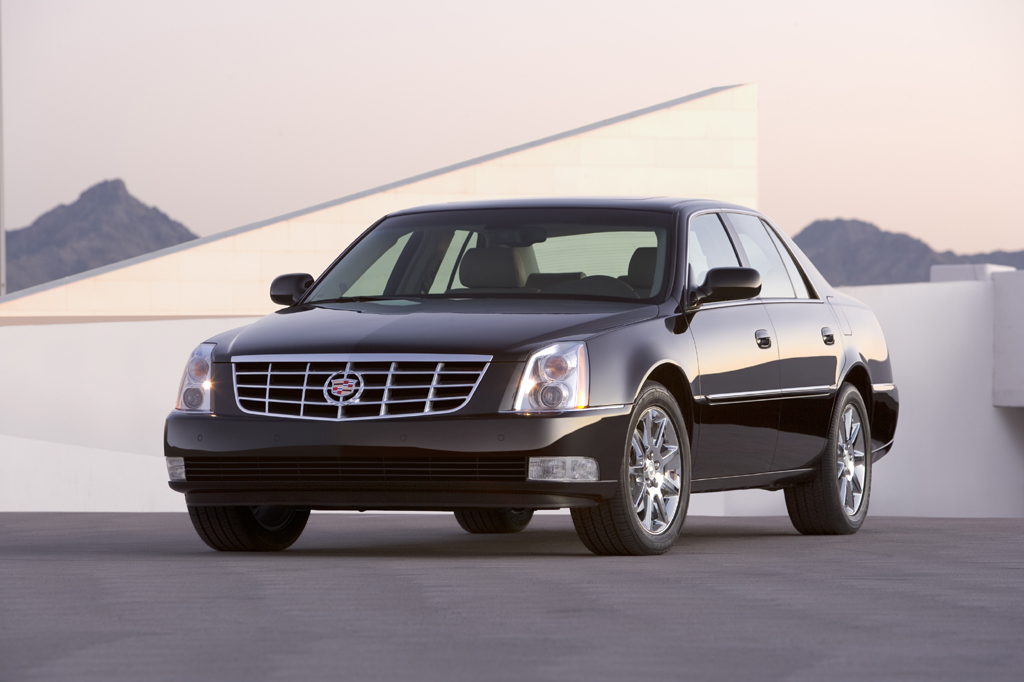 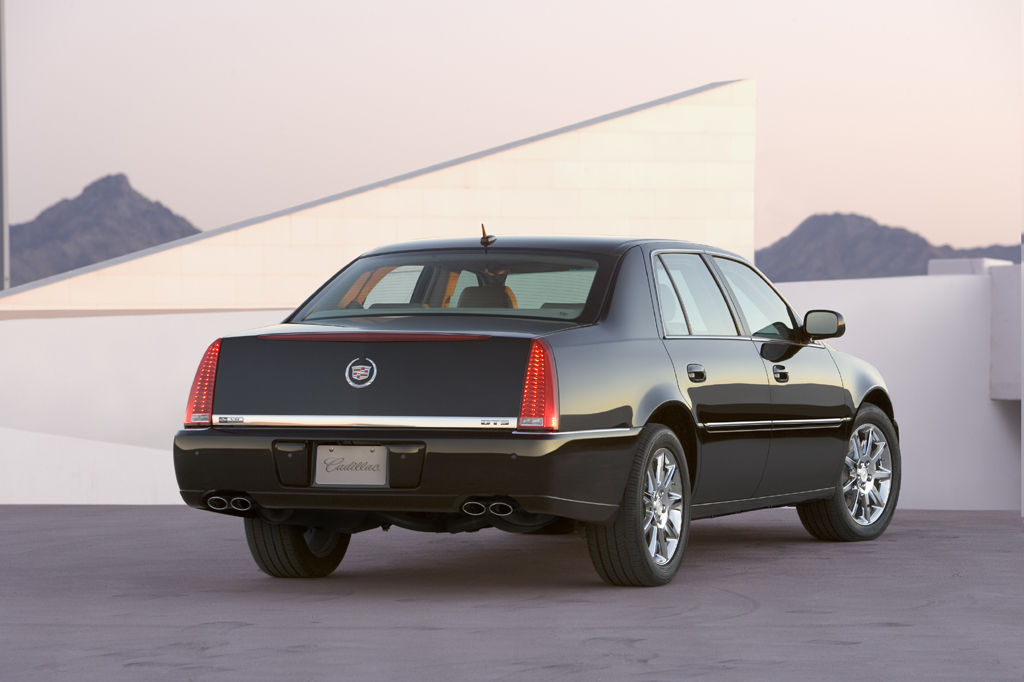 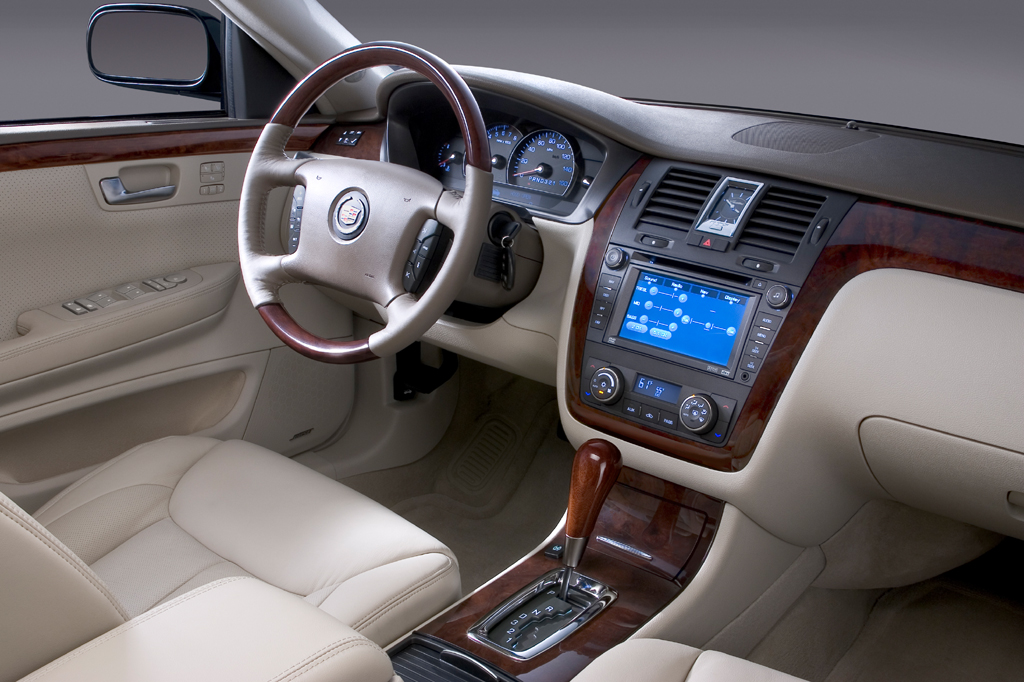 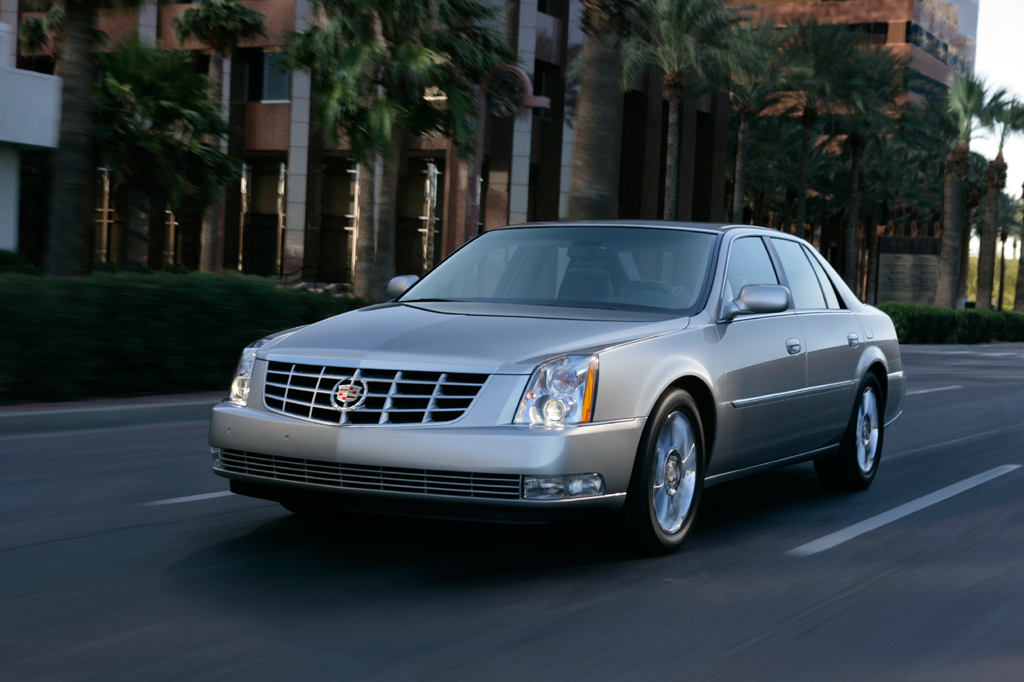 In this price range, Cadillac leaves any sporting pretensions to its rear-drive and AWD STS models. The front-drive DTS aims for traditional American luxury-car buyers–and scores with them. Powerful, roomy, and refined, it matches most competitors for standard safety features. Overall, it’s a bit more solid and better finished than the earlier DeVille, but otherwise much the same. Curtain side airbags, an important safety feature standard on DTS, were unavailable on DeVille. Base and Luxury I editions are particularly strong Recommended values.

DTS replaced Cadillac’s long-lived DeVille for 2006, as a restyled update of the company’s largest sedan. Continuing a basic front-wheel-drive design, the DTS had a 4.6-liter V8, four-speed automatic transmission, and self-leveling rear suspension.

Dimensions were little changed from the prior DeVille. The new DTS came with a standard 275-horsepower Northstar V8 engine. A Performance Package option raised engine output to 291 horsepower, accompanied by a firmer suspension with auto-adjusting shock absorbers, and 18-inch wheels instead of the usual 17s. With its DTS, Cadillac competed against such premium full-size sedans as the Buick Lucerne, Lexus LS 430, and Lincoln Town Car.

Two versions of Cadillac’s 4.6-liter V8 engine have been available, generating either 275 horsepower or, with a Performance Package, 291 hp. Both engines mate with a four-speed automatic transmission.

Both of Cadillac’s V8s furnish punchy takeoffs, accelerating to 60 mph in about 7.0 seconds.

Base suspensions comfortably smother most bumps, but allow some float and wander over large moguls. The firmer Performance setup checks body motions with little comfort penalty, despite 18-inch wheels and lower-profile tires.

Steering/handling is no-surprises competent, but compromised by the DTS’s size and heft, as well as a large turning circle. In Luxury models, even moderately fast turns induce considerable body lean and nosedive. Grip is modest on the ride-biased base suspension with 17-inch tires. The Performance version with 18-inch tires feels more stable and confident. All models reassure with the available antiskid system and brakes that deliver short, no-drama stops.

Expect modest wind noise at any speed, but coarse-surface tire thrum is a bit high by premium-class standards. V8 sounds are audible, but subdued even at full throttle. The engine growls pleasantly while accelerating, especially in the Performance model, but it’s toned down otherwise.

Redesigned for 2006, the dashboard has clear analog gauges and large, mostly handy minor controls. However, some switch icons are not obvious, and others are too small and/or hard to make out in daylight. Refreshingly simple climate controls are independent of the optional navigation system, which absorbs but doesn’t complicate audio functions. Though it isn’t daunting, the navigation system does take time to learn. Some test cars have disappointed with minor squeaks and rattles. Workmanship is acceptable otherwise, though most import-brand rivals do better. Overall quality of cabin materials beats Lincoln’s, but trails most import-brand rivals.

Cadillac’s biggest model is among the roomiest and most comfortable big sedans, though the available bench seat may squeeze a middle rider. Front bucket seats seem all-day comfortable. Ample seat/steering-wheel adjustments cater to most any driver, but visibility is a bit restricted to the right rear, directly aft. In the rear, firm support is accompanied by plenty of head and legroom, with sufficient width for a middle adult–though the center backrest section is quite hard. Toe space is tight, too. Entry/exit is easy. Some testers have praised the Luxury II’s massage feature; others have declared it annoying. Either way, its activation switch is hard to reach.

The DTS trunk swallows four golf bags and more, through a large, bumper-level opening. Interior storage is limited, and the center pass-through opening is too small to be of any real utility.