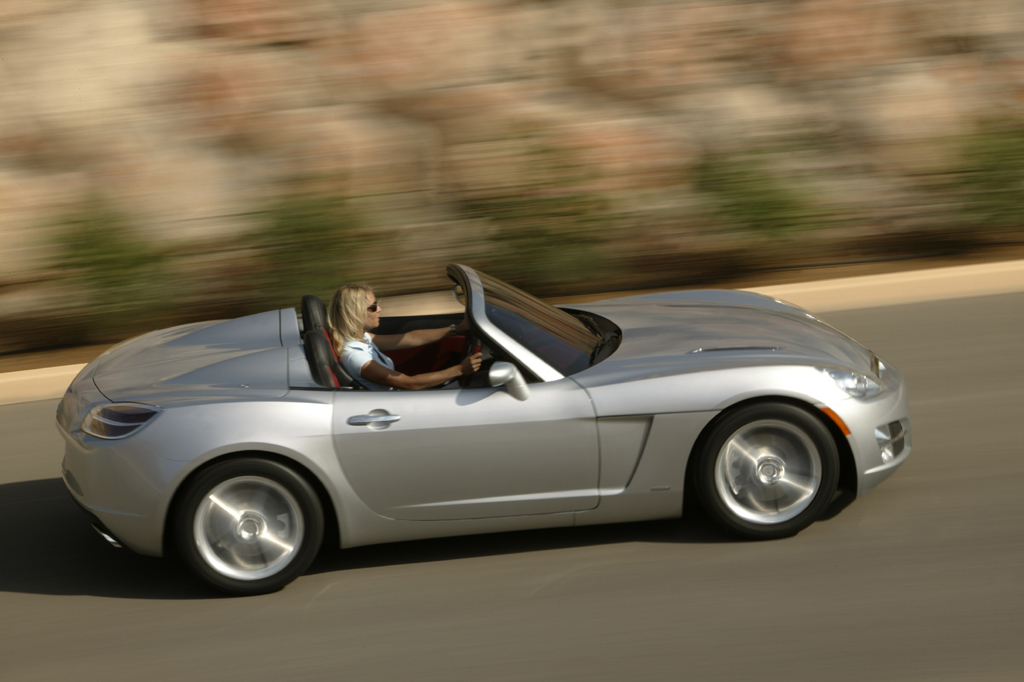 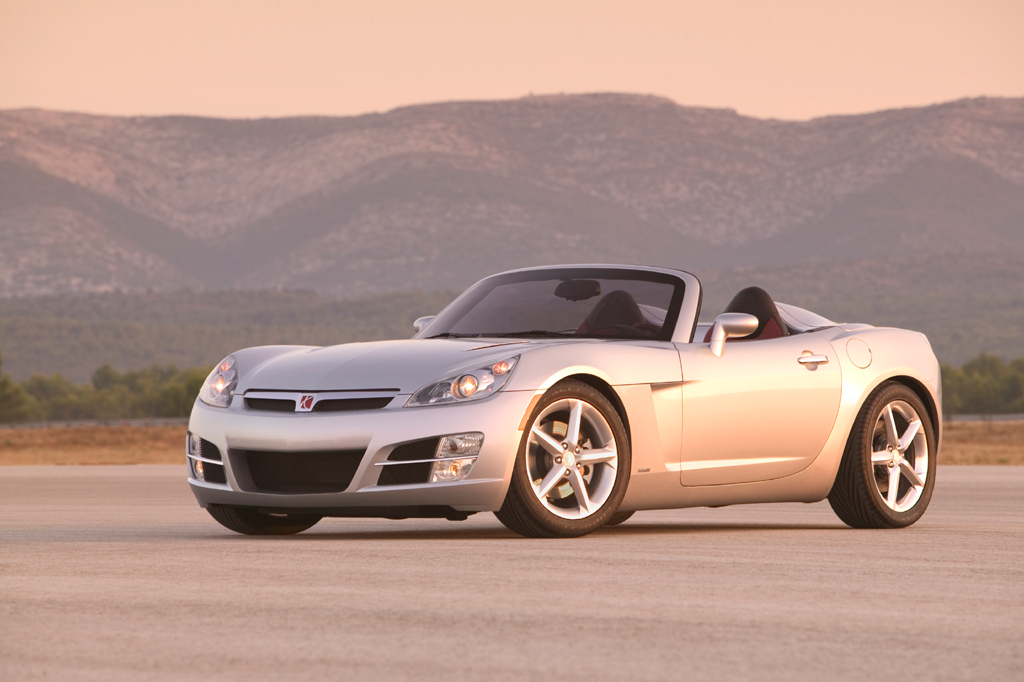 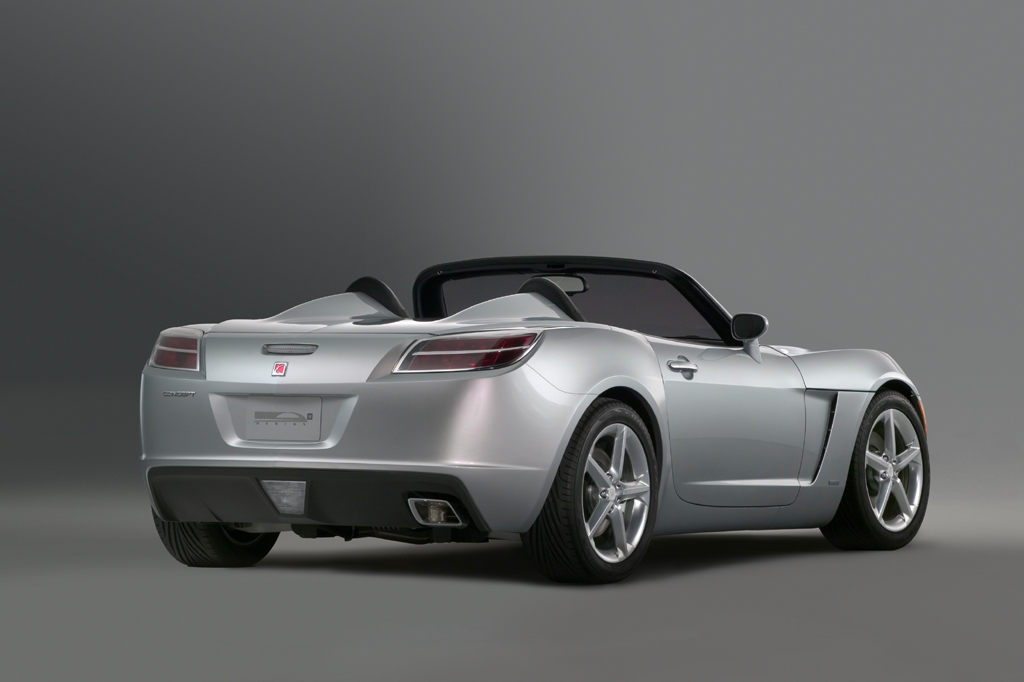 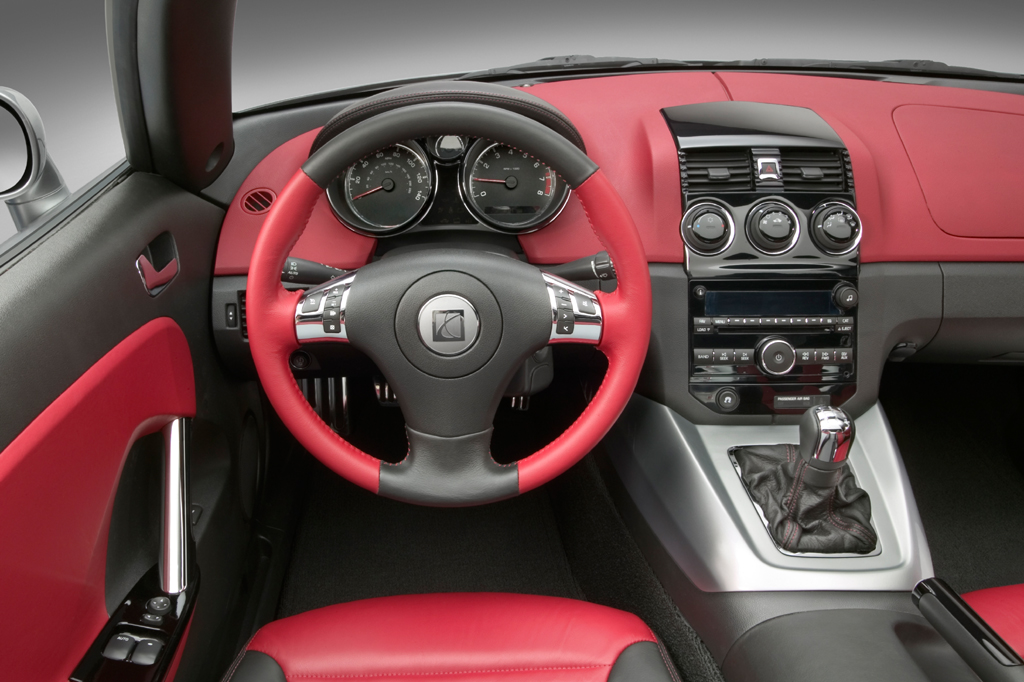 Like its Solstice sibling, Sky offers affordable sports-car fun, but feels almost unfinished. The base model rivals Mazda’s MX-5 for performance, handling, and style, but not for practicality and overall polish. The potent Red Line compares more with Honda’s S2000 in both new-car price and performance, but has the same drawbacks. For now, Saturn (Pontiac, too) earns an A for effort, but only a C for execution.

Saturn introduced its brand-new two-seat sport convertible as an early 2007 model. Sky shared its basic design with the Pontiac Solstice, but differed in styling, features, and price. Like Solstice, Sky had rear-wheel drive, a naturally aspirated or turbocharged four-cylinder engine, and a manual-folding soft top with heated-glass rear window which folded into the trunk.

Antilock braking was standard, but only Red Line models offered traction/antiskid control, which was standard. No side airbags were available. Both models had standard air conditioning, cruise control, and power windows/locks. Leather upholstery was optional. Sky’s performance and accommodations mirrored those of comparably equipped Solstices. The limited list of two-passenger rivals included the Honda S2000 and Mazda MX-5.

Saturn’s base engine is slow to rev and provides little power reserve for quick highway passing. Still, its performance supports GM’s claim of 0-60 mph acceleration in about 7.2 seconds, with either transmission. Turbocharged Red Lines are punchy at any speed, though with notable turbo lag. GM said the Red Line accelerated to 60 mph in 5.5 seconds or less, which seems credible. The automatic transmission has no real penalty versus the manual, which some testers said had notchy shift action.

Fuel economy is tolerable for this league. Test base Skys and Solstices with manual transmission averaged 20.8 mpg in mixed driving, and 23.0 to 25.2 mpg in mostly highway driving. A test manual-shift Red Line averaged 20.1 mpg in mostly city driving. GM recommends premium-grade gasoline for both engines.

Sky’s suspension is slightly softer than the Solstice’s, but differences are hard to detect. For a sports car, the ride is supple enough, but Sky turns jiggly and thumpy on wrinkled pavement at highway speeds. The Red Line/GXP sport suspension is tauter, so impact harshness is more noticeable.

Engines are buzzy or boomy, depending on rpm–loud enough to mask most tire noise. Several test Skys and Solstices had ill-fitting tops that allowed annoying wind rush even at moderate speeds. Top-down wind buffeting is tolerable up to 75 mph with the windows raised.

Gauges sit in deep tunnels and can be hard to read, even by day. Most controls are simple and well marked, but can be hard to reach in the tight confines of the cabin–particularly the ill-placed cupholders. Sky’s brightwork and piano-black finishes look upscale versus the Solstice’s cockpit. Like the Solstice, however, the Sky cabin is awash in cheap-looking hard plastics. Several test models suffered from numerous interior squeaks and rattles.

Cockpit space is tighter for six-footers than in a Mazda MX-5, but leg space is acceptable and top-up headroom is good. Low seats won’t suit some shorter drivers–and impede entry and exit for all. Seats have good lateral and lower-back support, but padding feels skimpy. The double-hump rear deck hinders vision astern for shorter drivers, but top-up rear visibility is better than in most convertibles. Someone must stand outside the car to manipulate the top’s folding mechanism, rear-roof pegs, and trunklid–hardly convenient. No rear seat is installed.

The fabric top folds into the trunk after lifting the rear-hinged lid, leaving an oddly-shaped space for only smaller items, such as briefcases. Top-up space is sufficient for one large golf bag or two small ones. Cockpit storage is meager, even for a sports car.