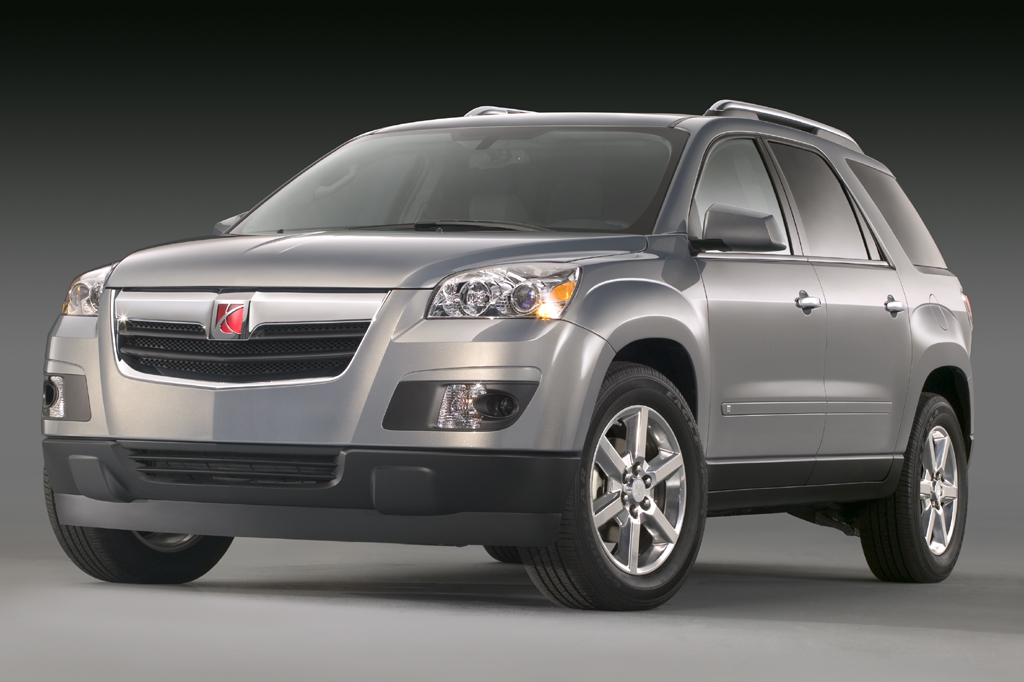 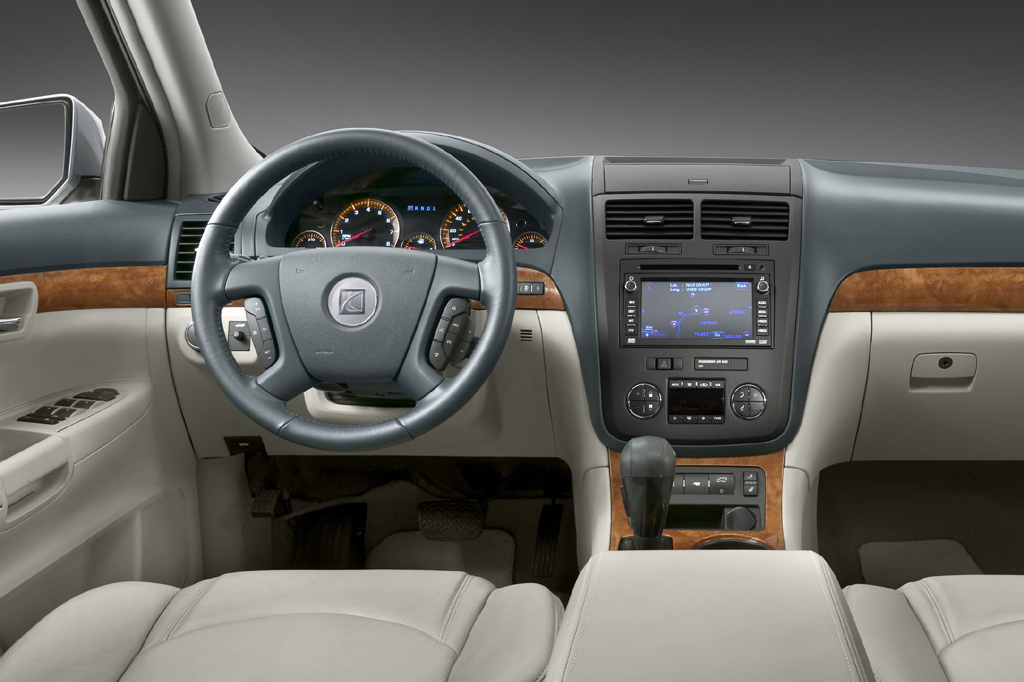 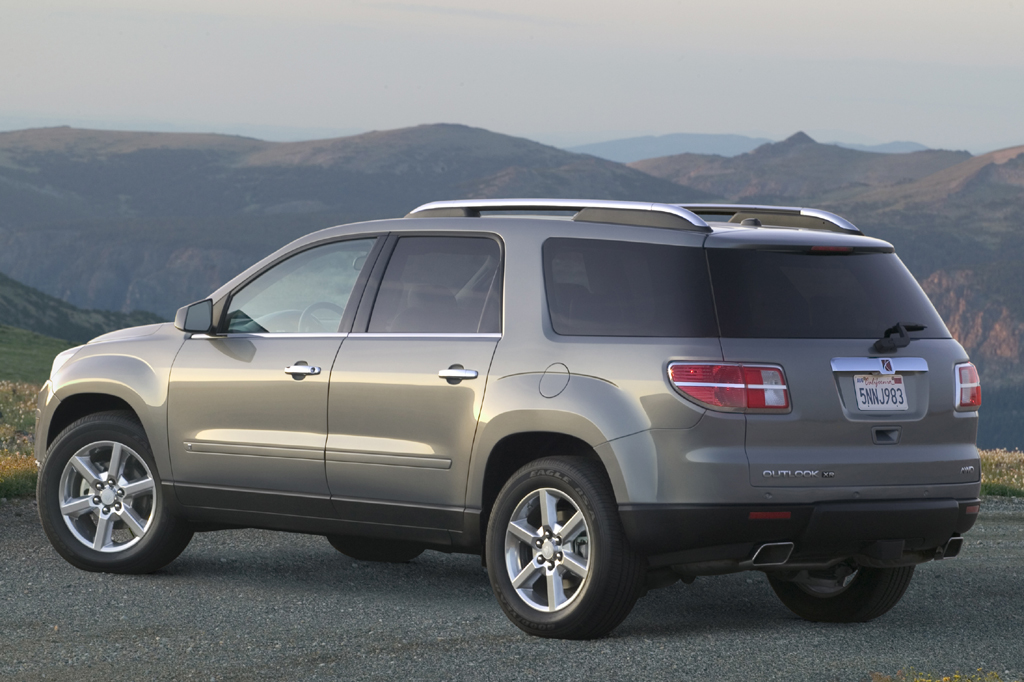 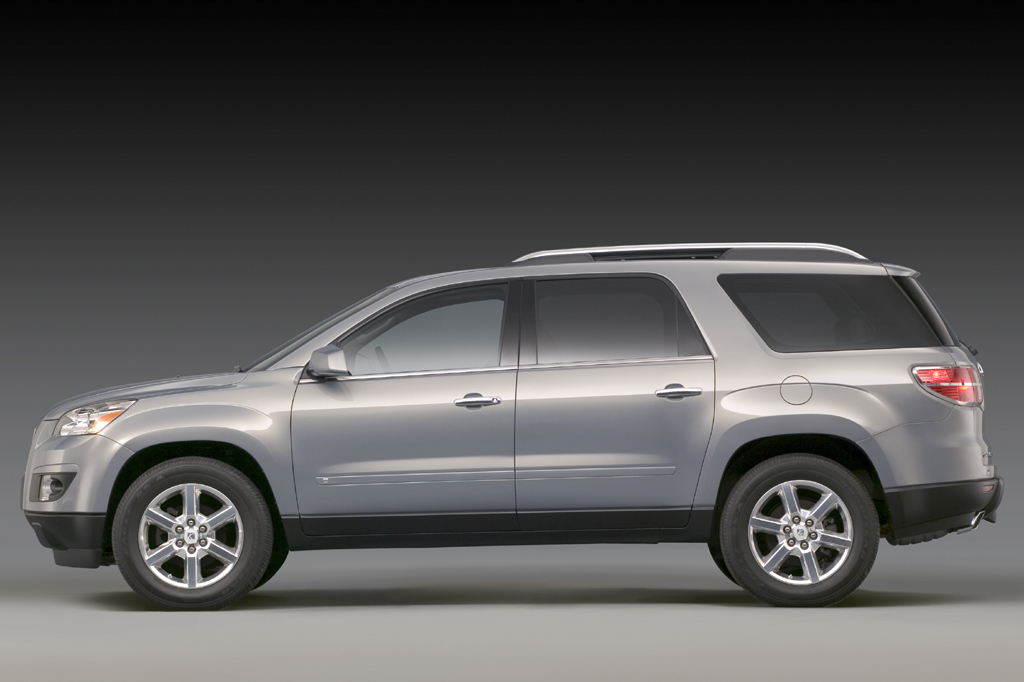 Impressive overall, Saturn’s Outlook is a Best Buy based on its spacious cargo and passenger accommodations (close to large-SUV class); refined, responsive drivetrain; and car-like driving experience. Aggressive new-car pricing added to its initial appeal. So did Saturn’s strong reputation for customer service. On the downside, Outlook is nearly as long as a genuine full-size SUV, which impedes maneuverability. Relatively slow depreciation tends to keep used-vehicle prices slightly above average.

Outlook was the first sport-utility vehicle from General Motors’ Saturn division to offer eight-passenger capacity. This four-door midsize “crossover” wagon shared a new car-type platform with the GMC Acadia–also new for 2007. Outlooks could have either front-wheel or all-wheel drive (the latter without low-range gearing). Base XE and uplevel XR trim levels were offered. Both had a 3.6-liter V6 engine and six-speed automatic transmission. XEs had a 270-horsepower version; XRs, 275-hp.

Only one powertrain has been offered in the Outlook: a 3.6-liter V6 engine rated at 270 horsepower (275 hp in XR models), driving a six-speed automatic transmission. Outlooks may have front- or all-wheel drive.

Ride quality ranks as firm, but Outlooks are comfortably composed and devoid of sloppy motions. Larger bumps are noticeable, though they’re heard more than felt. Handling is impressive for a vehicle this size. Body lean is well controlled. Accurate steering has a natural, progressing feel. Outlook’s sheer size, coupled with a rather large turning circle, become a minor hindrance in tight-quarters maneuvering.

Outlooks are generally hushed, though broken pavement can induce body drumming. The V6 engine is muted in routine driving, but growls pleasantly under full throttle.

Gauges are large, clear, and conveniently backlit, even with headlights off. Logically-placed controls include an intuitive audio deck. Interiors combine soft-touch surfaces with hard plastic to overall good effect, though some test-drivers have noted that fabric upholstery lacks quality feel. One test vehicle suffered an intermittent rattle from beneath the front floor.

Outlook’s second-row bench seat affords ample headroom and legroom, though some testers have declared thigh support lacking. The Smart Slide second-row seat has a typical folding action. Some testers found it confusing at first, though it quickly becomes routine. Seatbacks and cushion slide forward with an effective scissor action, though it requires more than one step to return to position. Rear access is tight but workable. Third-row accommodations are far better than many large SUVs and adult-adequate for even mid-distance trips.