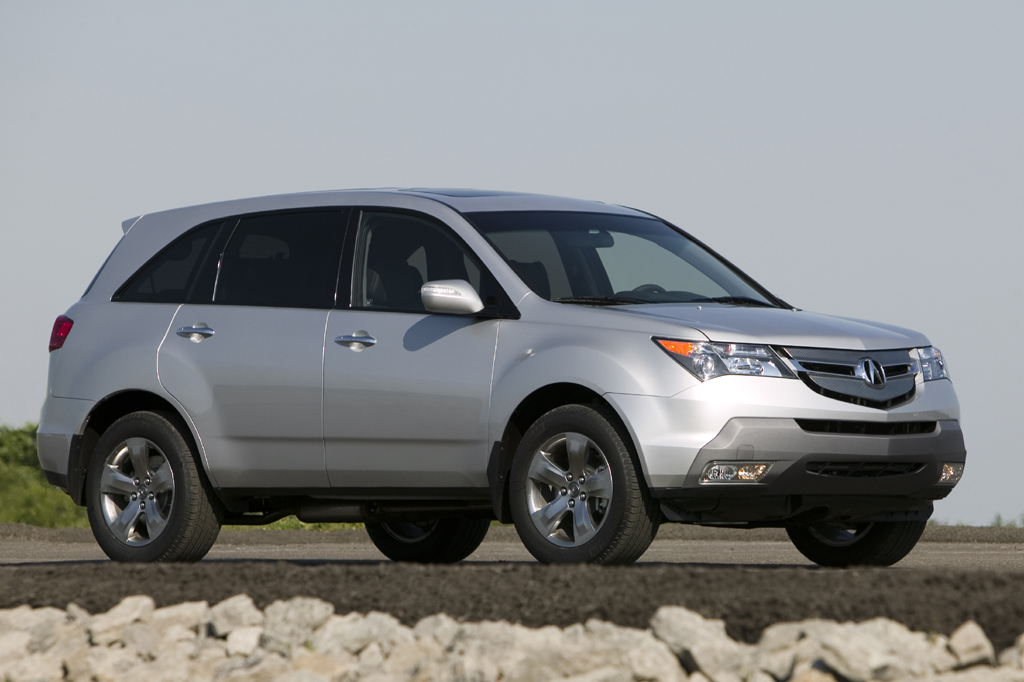 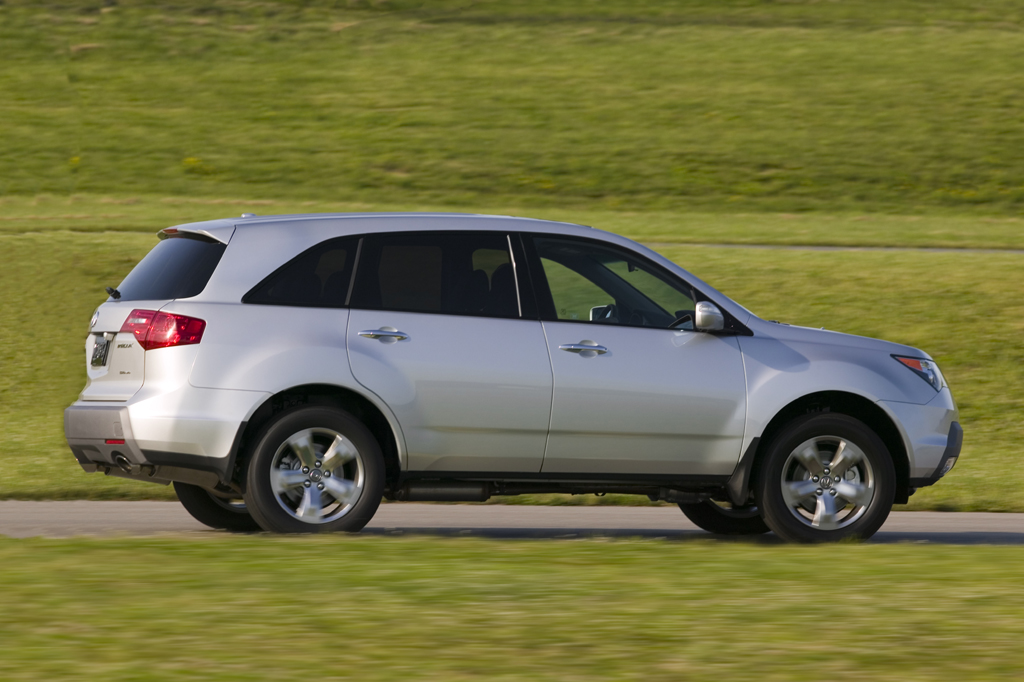 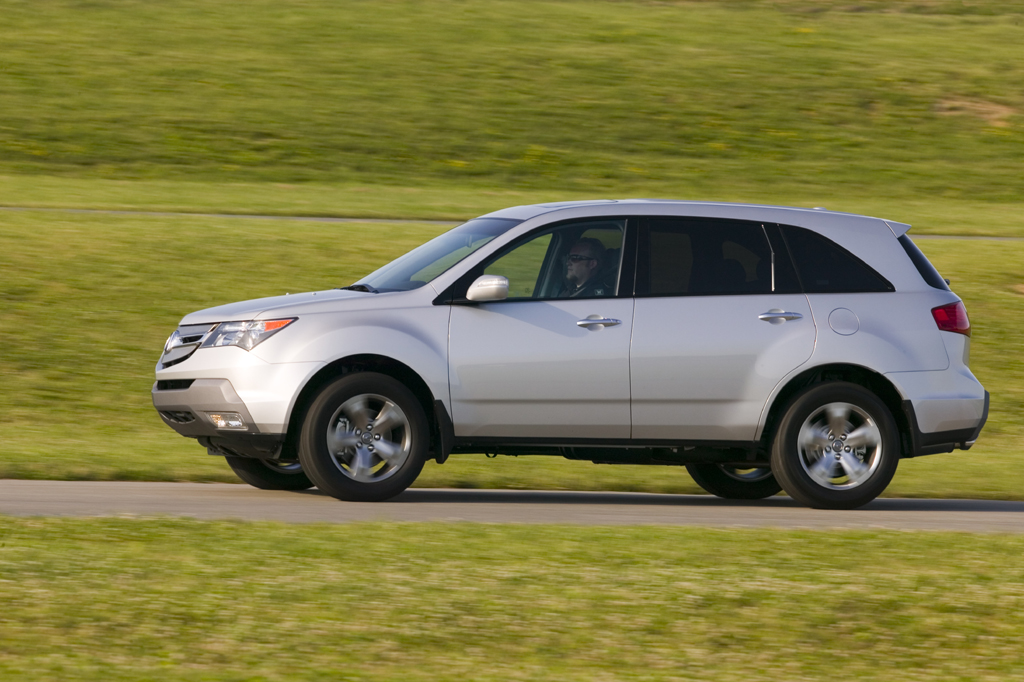 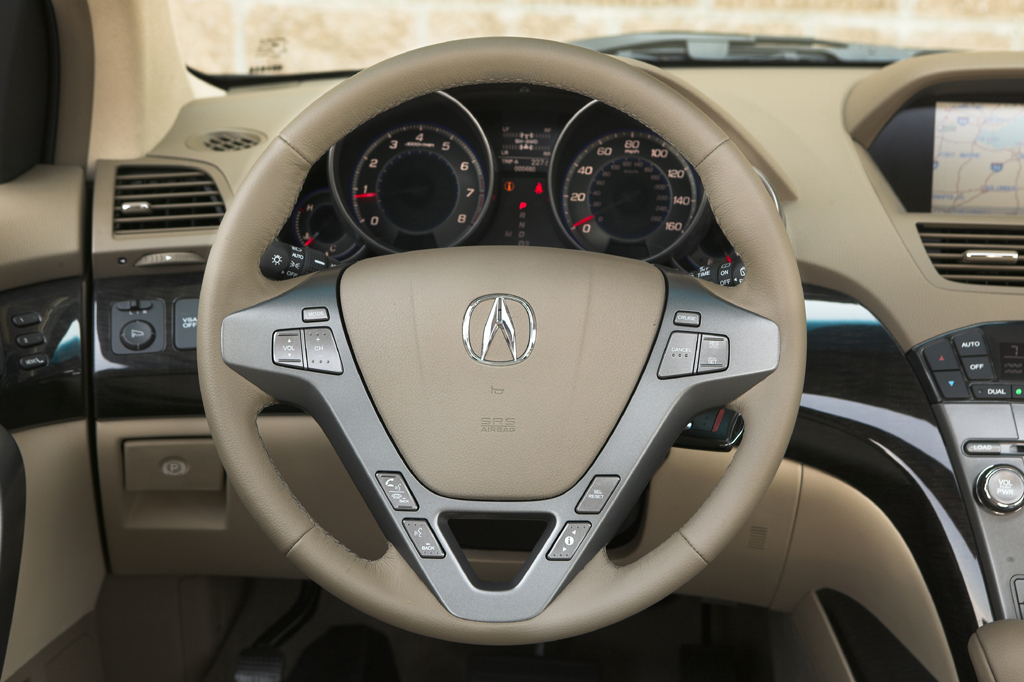 Acura’s 2007 redesign of its midsize SUV added a contemporary look and thoughtful features, sustaining MDX as a highly desirable blend of luxury, performance, and convenience.

Fresh styling, more power, and new features highlighted the 2007 redesign of Acura’s premium midsize all-wheel-drive sport-utility vehicle. MDX gained 2 inches in wheelbase and overall length, versus the 2001-06 model, but kept its seven-passenger seating. Once again, the MDX used a V6 as its sole engine, but a new 300-horsepower 3.7-liter version replaced the previous 253-horsepower 3.5-liter. Torque output rose by 25 pound-feet. The sole transmission remained a five-speed automatic. Gear ratios were lowered, and new Shift Hold logic could hold the transmission in gear when needed. Acura’s rivals in this category included the BMW X5, Cadillac SRX, Lexus RX, and Volvo XC90.

New-and standard-for 2007 was Acura’s Super Handling All-Wheel Drive (SH-AWD), which did not include low-range gearing but apportioned power between the rear wheels to enhance cornering ability. In a low-speed turn, SH-AWD could transfer up to 70 percent of torque output to the outside tire.

Antilock braking and antiskid control also were standard. So were front side airbags and curtain side airbags that covered all three seating rows, and included rollover deployment. Other standard features included a sunroof, leather upholstery, heated front seats, and wireless cell phone link.

Many competitive premium midsize SUVs offer V8 power, but the MDX is strong from any speed. Acura’s transmission works smoothly and downshifts with minimal hesitation in passing maneuvers. Towing capacity is 5000 pounds, compared to a mere 2000 in the prior generation.

Gas mileage is not a strong point. A test example with the five-speed automatic averaged a somewhat thirsty 15.5 mpg. With its six-speed automatic, a 2010 model averaged 18.8 mpg with more highway miles. Acura recommends premium-grade fuel.

Best bet for passenger comfort is the base suspension, which provides a compliant but controlled ride. The available Sport Package, if installed, includes Sport and Comfort suspension modes. Comfort mode absorbs bumps well, but allows too much wallow, whereas Sport makes the ride brittle.

Sport mode in the Sport Package suspension shines here in steering/handling, exhibiting good control of body lean and sharper steering response than with the base suspension. However, even the base suspension provides competent, if not-quite-sporty, handling traits. Expect fine steering and brake feel, with either setup. Acura’s SH-AWD system is exceptional at apportioning power to enhance handling.

Instruments are easy to read. Audio and climate controls are easy to reach. Still, the vast array of similarly-sized and shaped controls can be confusing. Acura’s available navigation system is fairly simple to learn, and does not absorb any often-used audio or climate functions-a big plus. The navigation screen is mounted high on the dashboard, right in line of sight, but it’s not distracting. However, its controller knob is mounted low on the dashboard, which forces eyes off the road until all functions are mastered. During our testing, the available voice recognition for the climate/audio/navigation system has misidentified some commands, and learning the terminology that it understands takes time. High-tech interior design incorporates an attractive blend of rich-looking materials, with especially pleasing switchgear feel and movement.

High step-in to the front seats may challenge shorter adults, though the standard power tilt/telescopic steering wheel automatically moves out of the way. Seats are comfortable and supportive. All but the very tall should have ample head and leg room. Roof pillars hinder visibility to some angles. Acura’s available rearview camera is useful in locating objects when backing up.

Outboard second-row seat sections, shaped like comfortable buckets, afford fine head- and legroom unless front seats are pushed far back. The middle position is for youngsters, as is the cramped third row. The passenger-side second-row bucket tilts/slides forward for easy access to the third row. Wide back doors can be a hindrance in tight parking spots. Separate climate controls are installed for the second row. DVD entertainment, if installed, has dash-mounted and remote controls, plus a handy 110-volt outlet for video games.

Split second-row seatbacks fold easily. Split third-row seats fold forward from the rear of the vehicle, and all but shorter folks can raise them from there. With all seats folded, the cargo floor is nearly flat. Acura said it could hold 4-foot-wide panels. There’s a handy covered in-floor bin behind the third row. Absence of a separate liftgate glass is a drawback, but the optional power liftgate (if installed) is a plus. Interior storage space is ample.