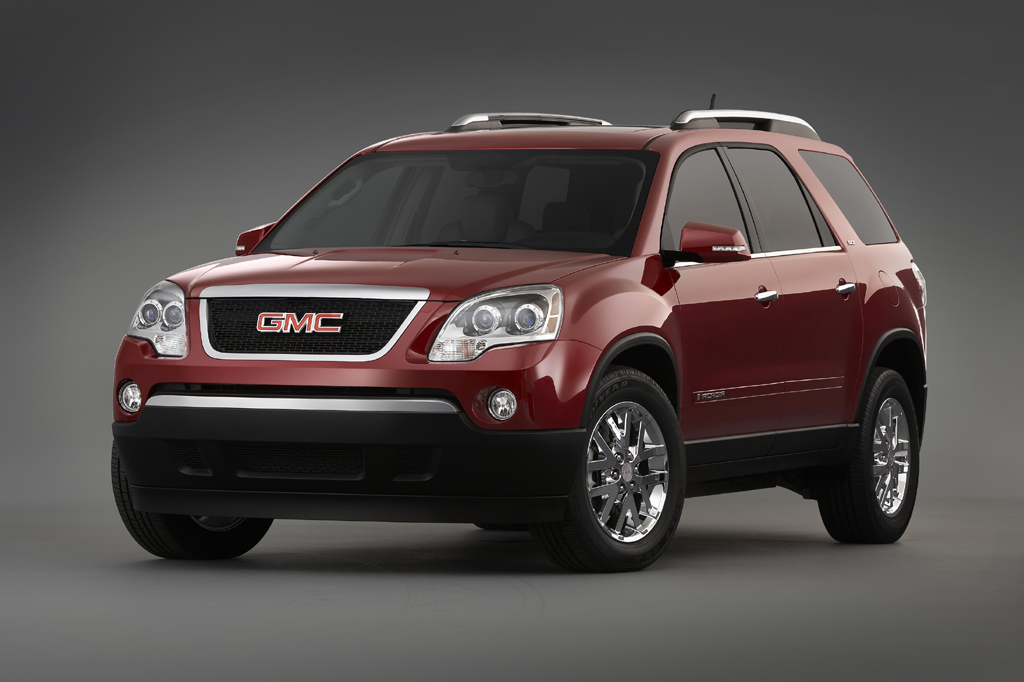 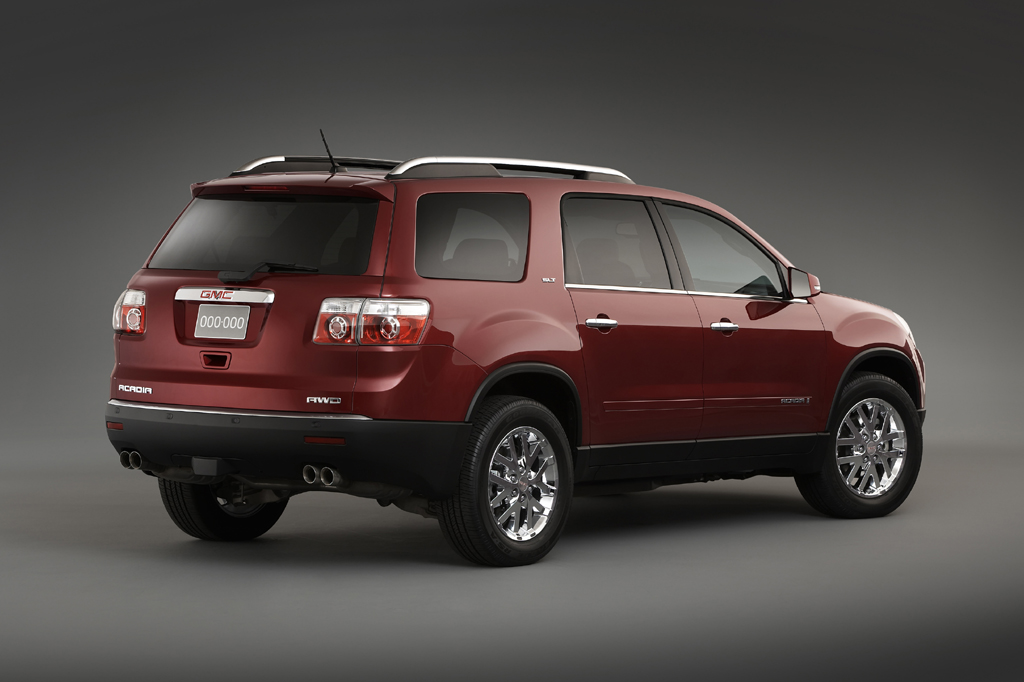 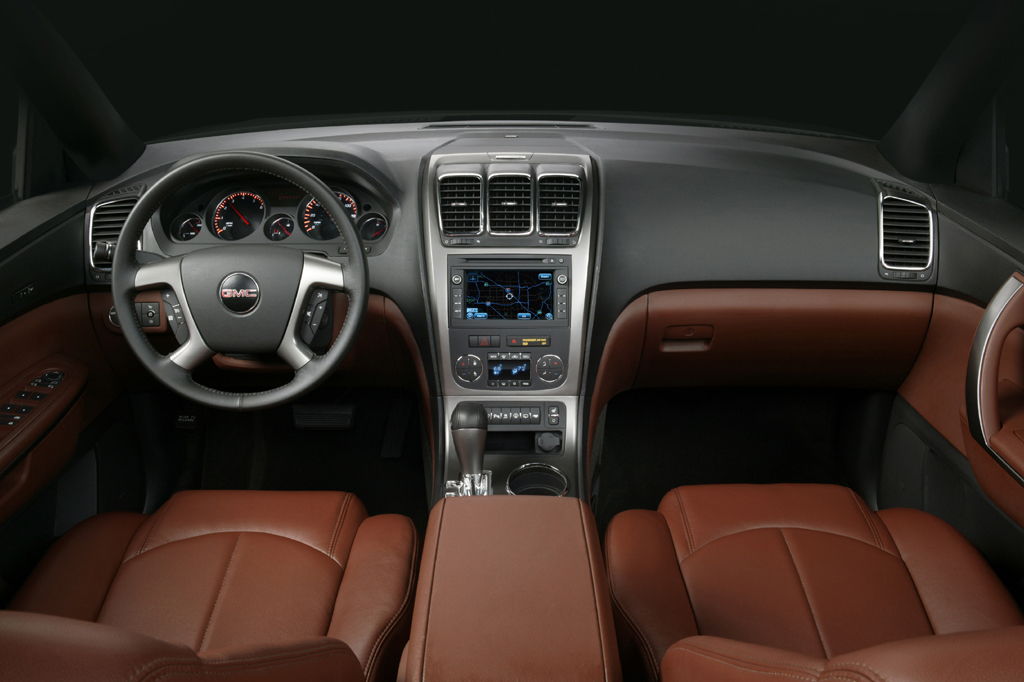 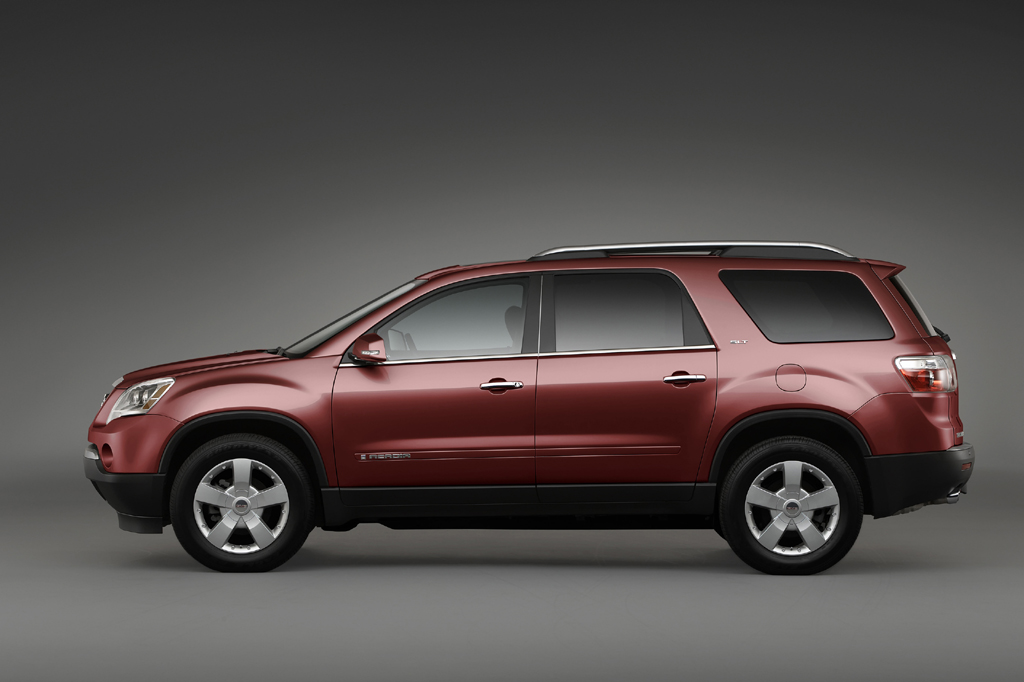 Acadia is tailor-made for buyers who need a minivan but don’t want to drive one. This Best Buy (2007-12) crossover is dynamically capable, came standard with a host of safety features, and offered several unusual and useful options. Though we consider it a midsize, those shopping large SUVs might find Acadia a sensible alternative.

Every Acadia has used the same powertrain: a 3.6-liter V6 engine that produced 275 horsepower, mated to a six-speed automatic transmission. Horsepower increased to 288 for 2009. Acadias came with front drive or all-wheel drive.

1. EPA Note: Figures shown are for 2008 models with AWD. The Environmental Protection Agency changed its procedure for 2008 to yield more realistic estimates. Therefore, estimated mileage is lower than for prior years.

All models offer better-than-expected acceleration both around town and on the highway, but front-drive versions are slightly quicker from a stop. GMC’s transmission shifts smoothly but is often caught in too high a gear, particularly in hilly country. At times, a prod of the throttle results in a slow downshift for more passing power. Towing capacity is 4500 pounds.

Comfortably composed and controlled with standard 18-inch tires, the Acadia is noticeably stiffer-riding with optional 19s-though not unbearably so.

Front-drive Acadias are impressively stable and agile for a vehicle this size. AWD models-even with optional 19-inch tires-feel a bit less nimble, but benefit from added traction on slick surfaces. A long, wide body makes Acadia difficult to maneuver in tight spaces.

Very little road rumble is noticeable, though 19-inch tires thump slightly over bumps. Wind noise is low, with only a muted whistle from mirrors at highway speeds. The quiet, refined engine growls pleasantly under brisk acceleration.

Luminous gauges are easy to read, day or night. The optional head-up display projects speedometer and other readings onto the windshield. Audio controls are easy to reach. Climate controls are mounted lower, but also within easy reach, though their pushbuttons are less convenient than rotary knobs. The wiper switch on turn-signal stalk also is less convenient than the separate lever used on top rivals. Acadia’s optional navigation system absorbs most audio functions, but does not complicate their use. Few padded surfaces are used, but bright accents and richly grained plastics give the interior an inviting look. Build quality has been good, though one test Acadia suffered a rattle in the rear seating area.

Front occupants get plenty of head- and legroom. Seats are generally supportive and comfortable, though shorter drivers may find seat cushions too long. Thick roof pillars block views to front corners and over the left shoulder. Because of the high beltline in back, rear- obstacle detection and a rearview camera (available in 2008) would be sensible additions, if an Acadia with those options can be found.

Rear seats are entered easily through large doors. Smart Slide second-row seats tilt and slide forward to ease access to the third row. Whether buckets or bench, second-row seats slide fore and aft about 3 inches to benefit either second- or third-row legroom. With the second row slid forward, the third row can accommodate six-footers-though they will ride knees-up. Foot space can be tight in either row.

Acadia’s cargo volume is the largest among midsize SUVs, rivaling that of many large SUVs. There’s more usable space behind the raised third-row seat than in most midsize SUVs, augmented by an under-floor bin. Both the second- and third-row seats fold forward easily to form a flat, nearly level surface. An optional power tailgate might be a handy feature. Several bins and cubbies provide good interior storage.