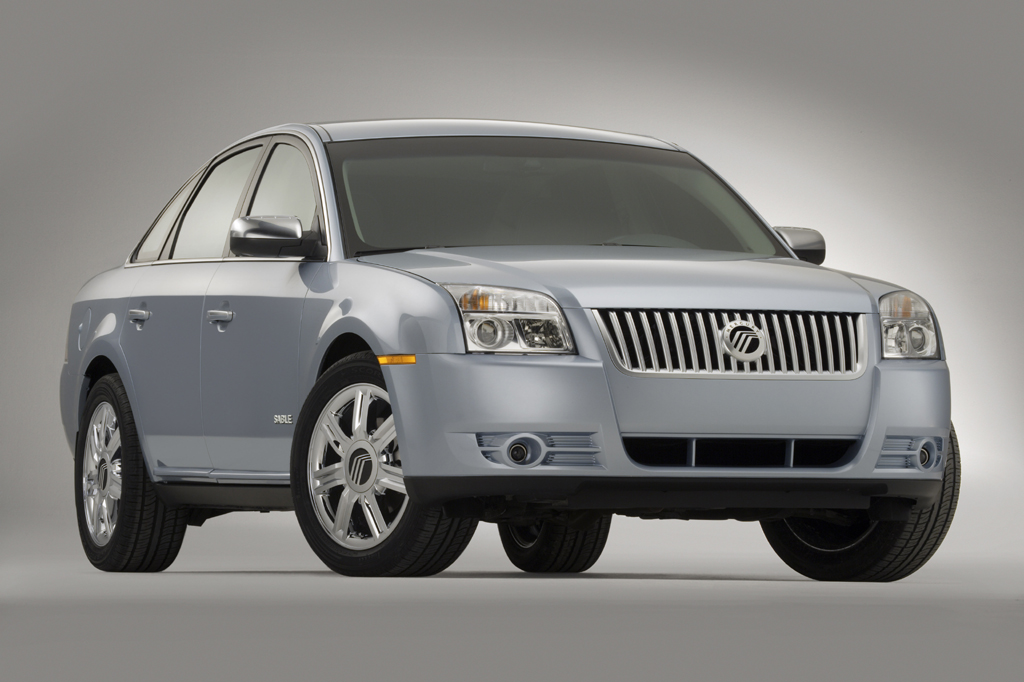 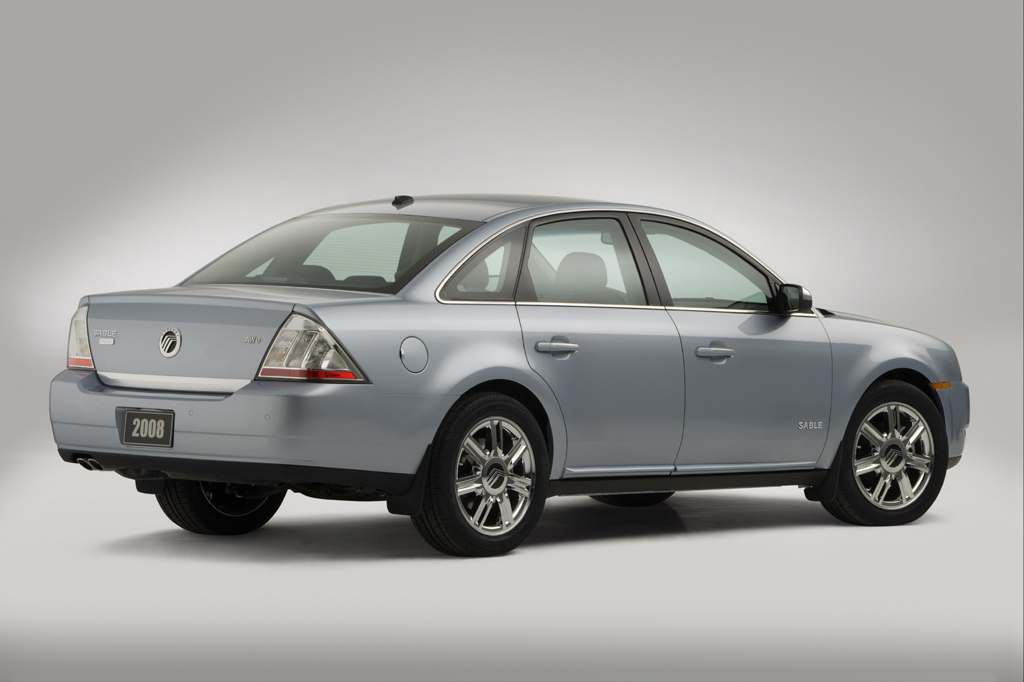 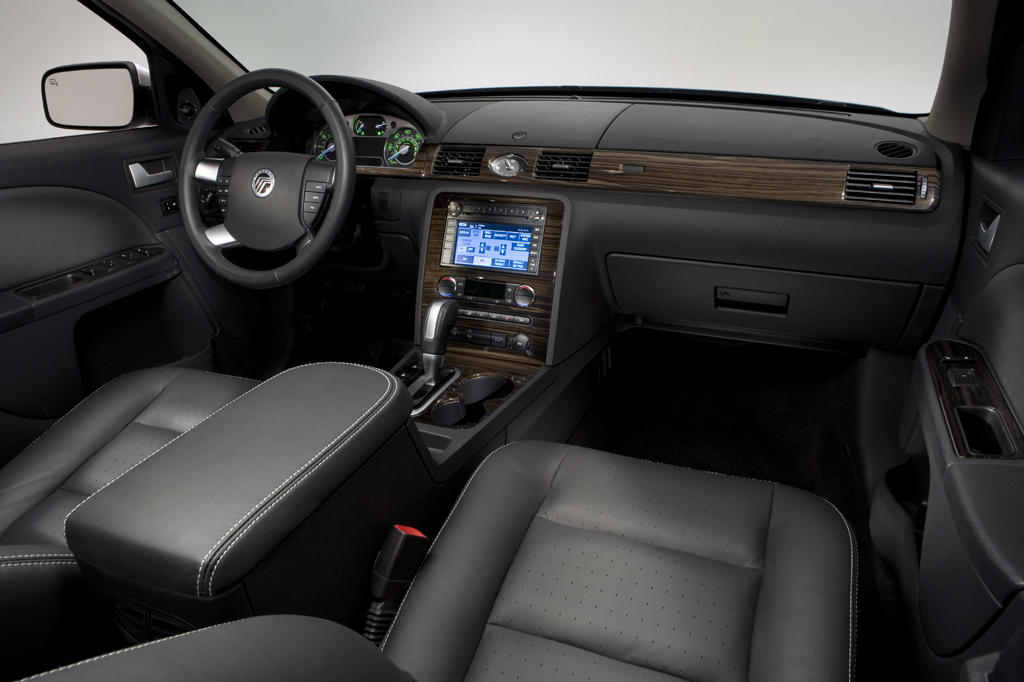 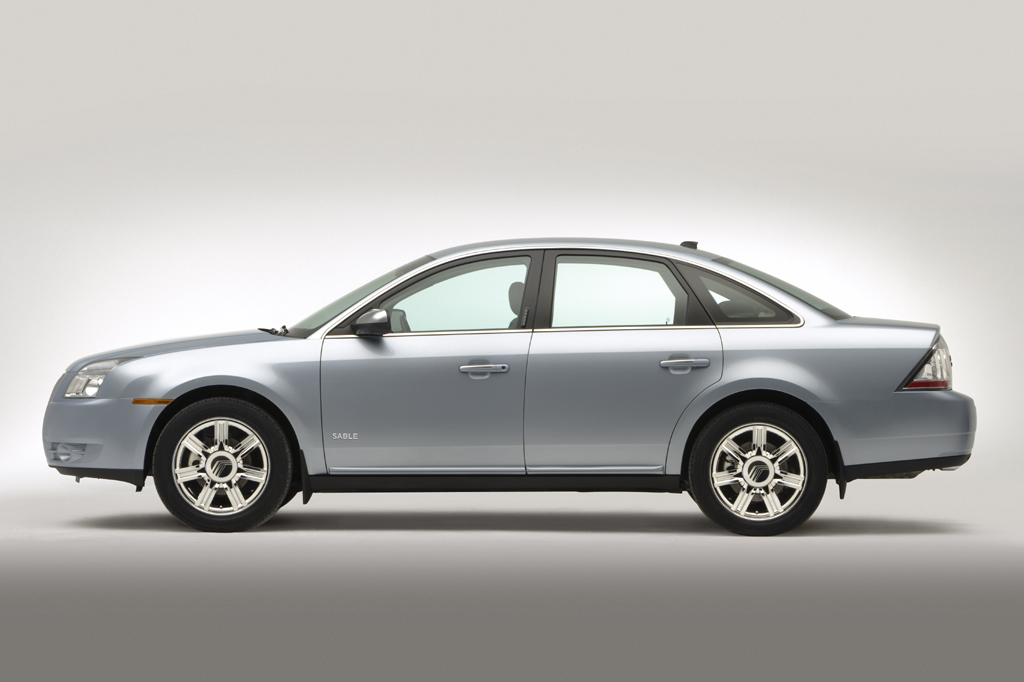 Like the Taurus versus Five Hundred at Ford, Sable versus Montego at Mercury offers stronger performance with greater refinement. Sable provides good dynamic operation along with a spacious interior, jumbo trunk, and stellar crash-test ratings inherited from Montego. Taken together, you have a solid family sedan that deserves a spot on your shopping list.

All Sable sedans have the same powertrain: A 3.5-liter V6 engine producing 263 horsepower mated to a six-speed automatic transmission. Sables may have either front-drive or all-wheel drive.

Acceleration is adequately brisk. The new 3.5-liter V6 gives stronger, more relaxed overall performance than Montego’s 3.0-liter, though Sable is hardly a neck-snapper. An AWD sedan accelerated to 60 mph in 7.1 seconds. The automatic transmission works smoothly, but shifts too often on light throttle at medium speeds, and is reluctant to downshift for highway passing sprints. Some of our testers also have bemoaned the lack of a manual shift gate.

Ride quality is still comfortably firm, but less harsh over sharp bumps and potholes thanks to a retuned suspension and other changes. Sables are composed over most bumps, but prolonged stretches of rough pavement induced a bit of front-end shudder in one test model. Base Sables came with 17-inch tires, Premiers with 18s; but ride comfort is virtually identical.

Sables feel stable and well planted in fast, wide turns-especially with AWD-but this car’s hefty size and weight allow moderate body lean in tight corners. Available AWD is a safety plus for bad weather. The same is true for the initially optional (standard in 2009) antiskid system, which should have been standard from the start. Braking is good for the class, but unexceptional by absolute standards.

Refined for a mainstream family car, the Sable exhibits modest wind rush at highway speeds, but tire thrum is heard only over the coarsest pavement. The V6 emits a classy-sounding growl at full throttle but is fairly hushed otherwise.

Controls and instruments are little changed from the Montego, with clear, legible gauges and good basic dashboard design. Sable’s main problem is too many buttons on the audio and climate panels, which are mounted too low for easiest use. The optional navigation system suffers from a slightly undersized dashboard screen and programming that is not always self-evident; it controls most audio functions, but does not complicate them. Touch-screen control can actually have too many virtual buttons, making it too easy to “press” the wrong one while programming the radio or navigation functions. Some testers have said that stalks for the wipers and turn signals are still too far from the steering wheel.

Sable’s cabin makes good use of textured, soft-touch materials. They don’t look luxurious, but they are price-appropriate.

Higher front-row seating than in most cars aids comfort and ease of entry/exit. That layout also combines with a low dashtop and large windows for a take-charge driving feel and fine outward vision. Seats are comfortably supportive, providing plentiful headroom and legroom, but lanky drivers may wish for more rearward seat travel. Available power-adjustable pedals are a nice touch for shorter drivers.

Sable’s rear bench seat is nothing special for shape or padding, and it slightly squeezes three adults. Still, backseat occupants can expect generous headroom, near-limousine legroom (even for six-footers), and no-strain entry/exit.