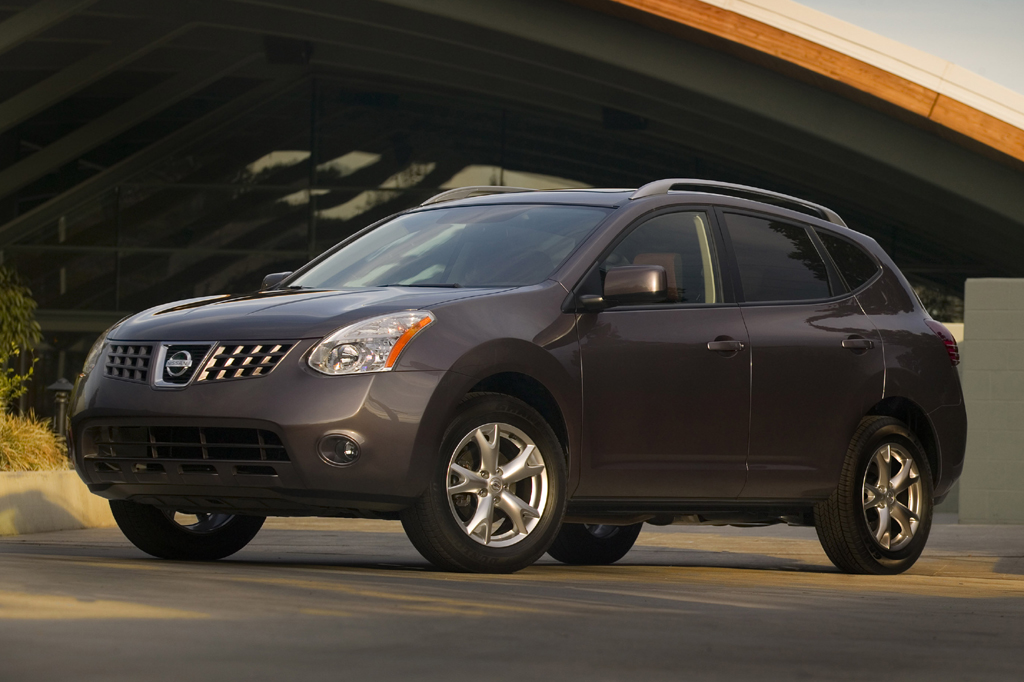 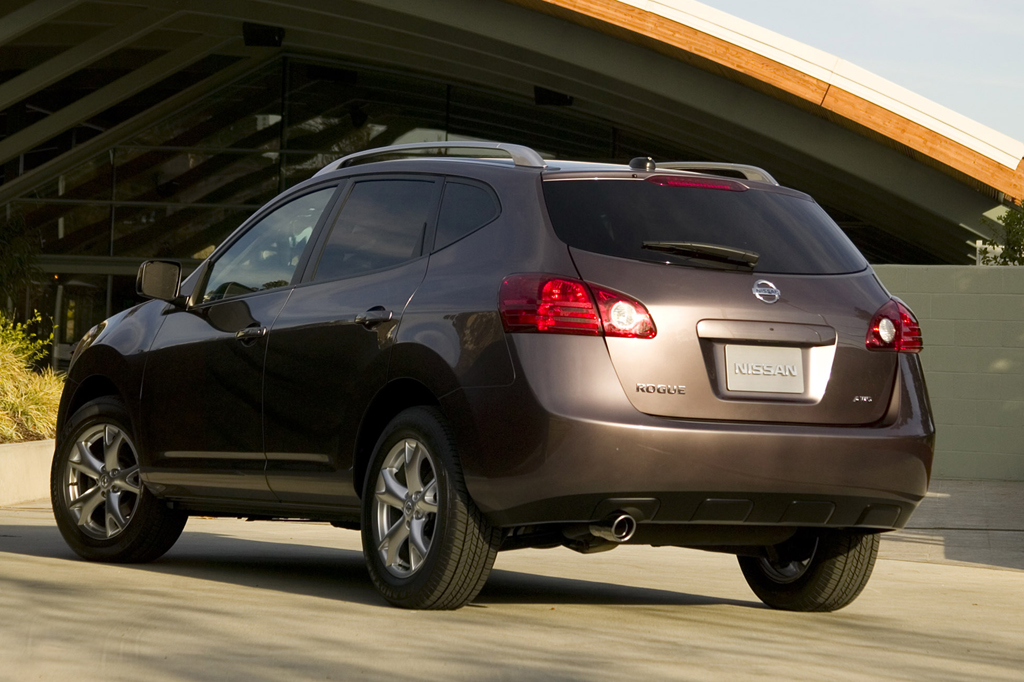 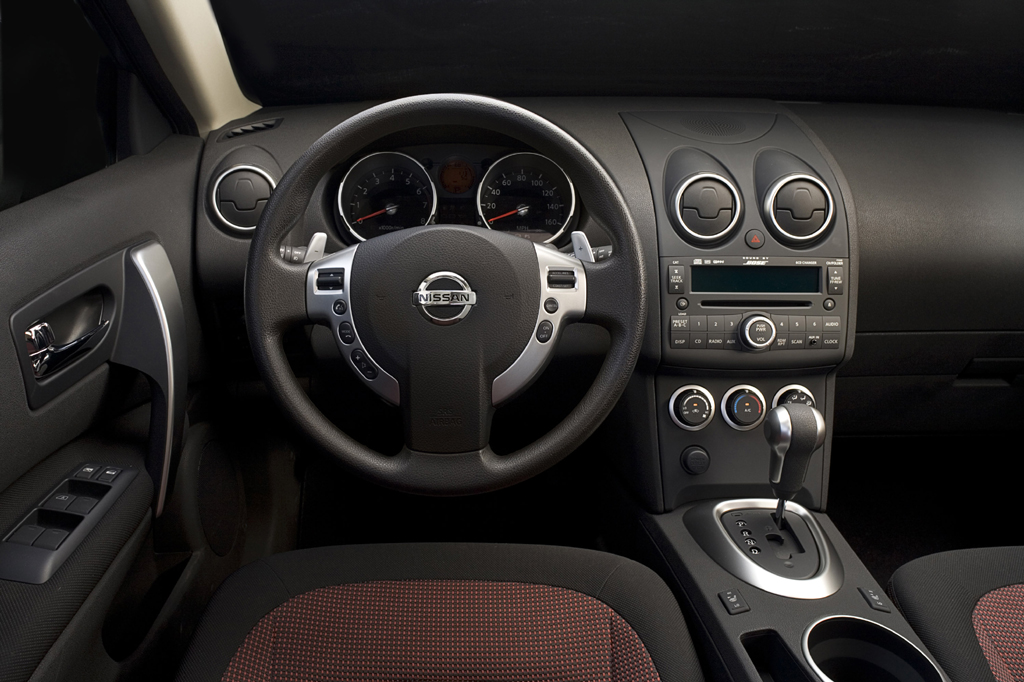 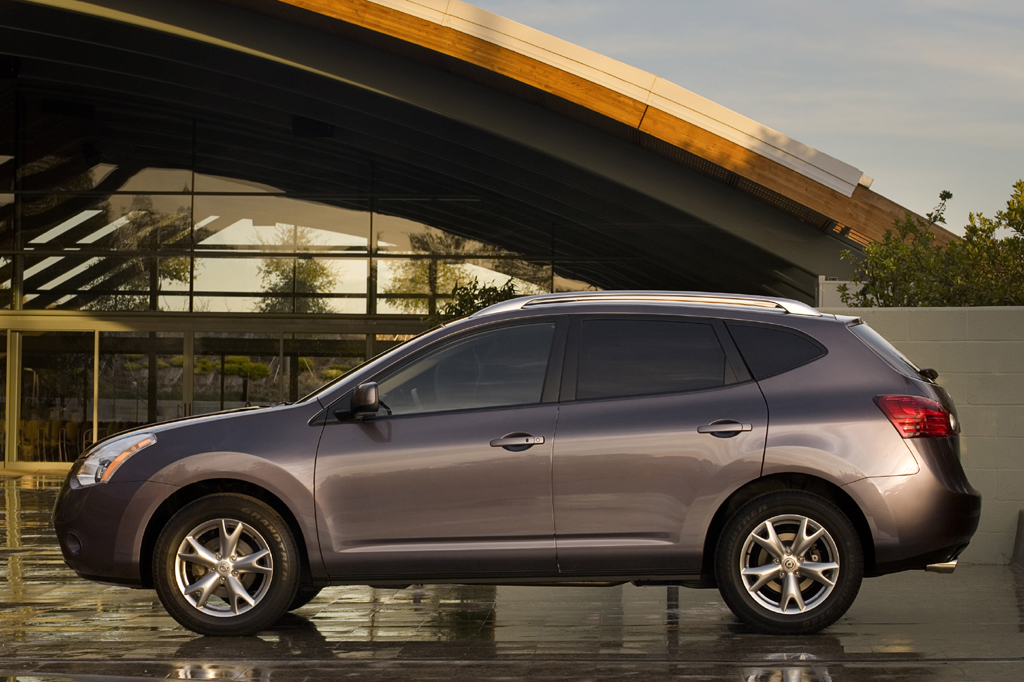 Overall, Rogue’s competitors are quieter and more refined, but this compact Nissan gets points for sleek styling and high levels of interior functionality. If you can live with Rogue’s sometimes-harsh ride, this little Nissan might make sense.

Launched for the 2008 model year, Nissan’s Rogue was a new compact sport-utility vehicle from the Japanese-brand automaker. Based on Nissan’s Sentra compact sedans, Rogue was a four-door crossover wagon with seating for five. S and SL models were available with front-wheel drive or all-wheel drive (the latter lacking low-range gearing). Sole powertrain consisted of a 170-horsepower 2.5-liter four-cylinder engine with a continuously variable automatic transmission (CVT). SL models were available with steering wheel-mounted paddles for manual shifting.

All Rogues have a 170-horsepower 2.5-liter four-cylinder engine mated to a continuously variable automatic transmission (CVT), with either front-wheel drive or all-wheel drive.

Acceleration is adequate from a stop and around town, but Rogue is slow to build the power needed for highway passing or hill climbs. The CVT is generally responsive to driver inputs to provide more power.

Ride quality is generally car-like, though most large bumps and grooved surfaces are not well absorbed. Washboard freeway surfaces can produce annoying pitching and bobbing. S models, with their smaller and less aggressive tires, ride better than their SL counterparts. Overall, Rogue feels less solid and refined than the class leaders.

Although the Rogue’s engine growls rather noisily while accelerating, it quiets down sufficiently at cruising speeds. Rogue’s cabin is not very well isolated. Considerable wind and road noise are noticeable at highway speeds, especially in the second row.

Gauges are clear, large, and well laid out. Rogue’s steering wheel tilts but does not telescope, which may be detrimental to control for some drivers. The cabin is filled with hard- and soft-touch materials that don’t impart a cheap feel. Simulated metal plastic trim throughout the cabin adds a touch of style.

Bolstered, supportive seats for front occupants remain comfortable during long drives. Armrests and the center console are also padded for comfort. Headroom and legroom are plentiful for most adults, even with a sunroof installed, though the very tall may wish for additional head clearance. Rear visibility is hampered by thick C-pillars and a smallrear window.

Second-row seats are adequately comfortable but lack a center armrest. Legroom is acceptable for this class, but headroom is tight for six-footers, even without the sunroof. Wide-opening doors ease entry/exit, but the cabin is not wide enough for comfortable three-abreast seating.