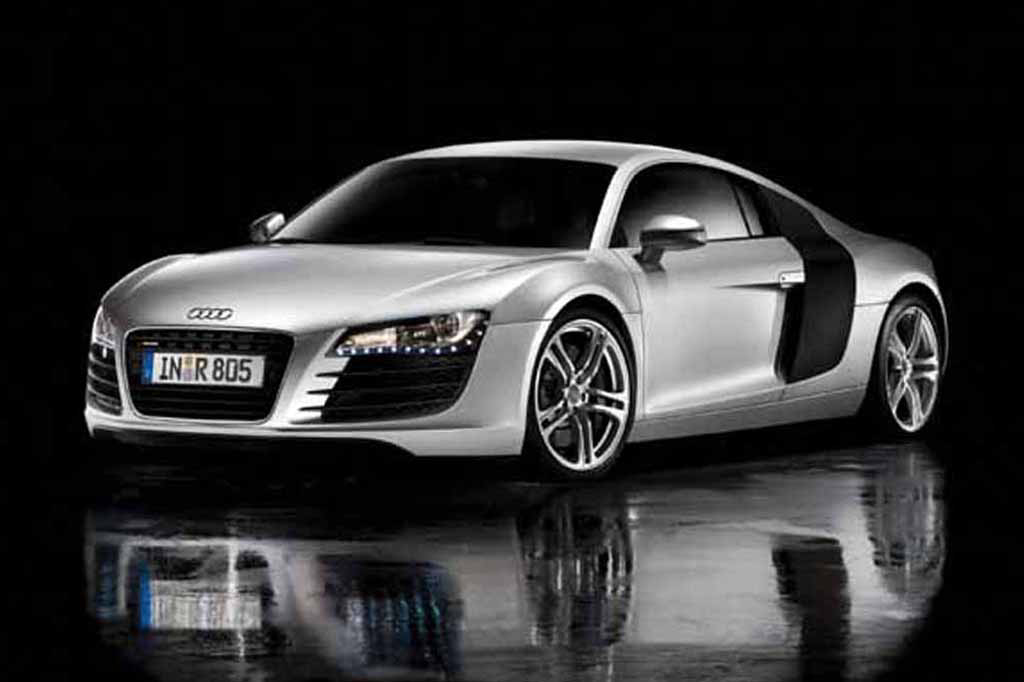 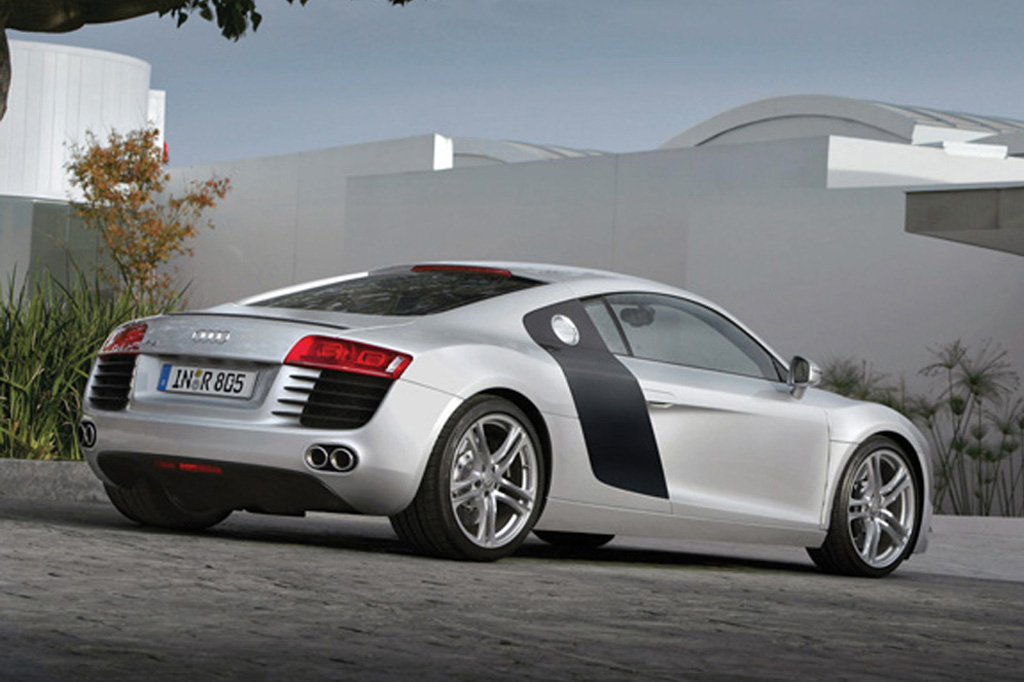 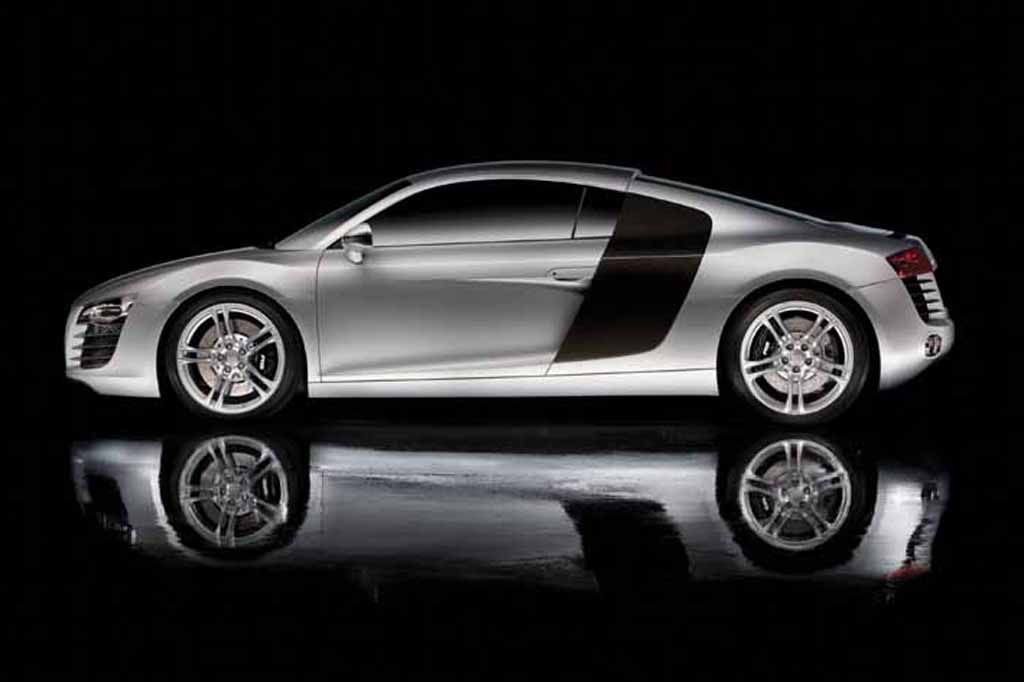 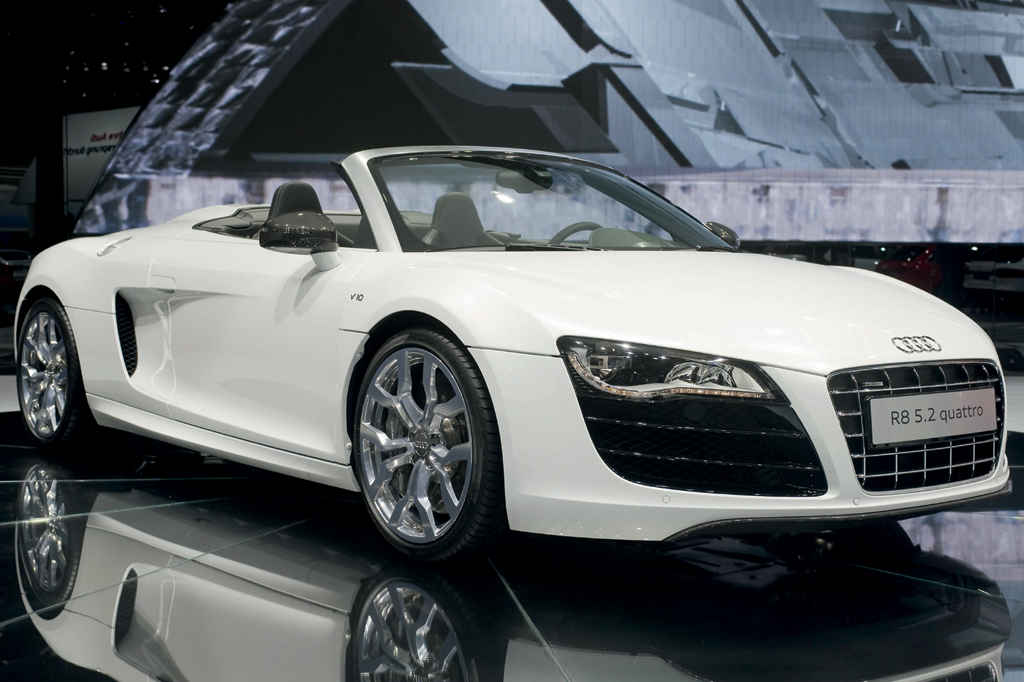 Audi’s R8 offers head-turning style, pulse-quickening performance, and superb build quality, yet this coupe is quiet and comfortable enough for daily commuting. As expected, it’s as thirsty as any high-powered car, and aluminum-intensive construction makes it more costly than some rivals that provide equal or better speed and handling. Still, most buyers in the R8’s price class can afford a more-practical second or third car, and low production–initially, some 800 per year for the U.S.–ensures the exclusivity such people expect. Overall, the Audi R8 is an impressive supercar achievement and a great drive. Our pick is the smooth, yet extremely powerful V8. Though the V10 is quicker, we don’t think the gains justify its steeper pricing–new or used.

Launched for 2008, the new Audi R8 coupe sent Volkswagen’s premium brand into the rarefied world of high-performance sports cars. Based loosely on the Gallardo coupe from Audi-owned Lamborghini, the R8 bowed as a two-seat coupe with quattro all-wheel-drive and a 420-horsepower V8 engine mounted behind the cockpit. Two transmissions were offered: a six-speed manual or Audi’s R-tronic automated-manual unit, which could be shifted manually using a console lever or steering-wheel-mounted paddles. Standard features included heated leather/Alcantara sport seats, a nine-speaker audio system with satellite radio, and seat-mounted side airbags providing both head and torso protection. Curtain side airbags were not offered. Audi’s ESP traction/stability system was standard, along with “magnetic ride” shock absorbers that automatically varied firmness to suit driving conditions. An optional Convenience Package included a parking-assist system with rearview camera, six-disc CD changer, and auto-dimming exterior rear view mirrors. Additional options included a navigation system, leather seats, full-leather interior trim, and a 12-speaker, 465-watt Bang & Olufsen audio system. R8 competitors may have included the Chevrolet Corvette, Jaguar XK Series, BMW Z4, and Porsche Cayman–though at $110,000 ($119,000 with automated-manual transmission), the R8 cost considerably more than most of those models.

Initially, Audi’s R8 contained a 4.2-liter V8 engine that developed 420 horsepower, mating with either a six-speed manual gearbox or Audi’s R-tronic automated-manual transmission. An R8 5.2 model joined for 2010, with a V10 engine that generated 525 horsepower. For 2012, a limited-production R8 5.2 GT arrived, with a 560-horsepower version of the V10, offered only with the automated-manual transmission. Each R8 had all-wheel drive.

Audi claimed 0-60 mph acceleration in a swift 4.4 seconds with the V8 and either transmission, and our manual test car felt at least that fast. The torquey V8 delivers forceful but drama-free takeoffs–aided by Audi’s excellent all-wheel drive and traction control–plus ample highway passing punch. Yet, an R8 will loaf happily at in-town speeds without frequent shifting. Acceleration to 60 mph dips to 3.7 seconds with the 5.2 V10 coupe, according to Audi. The manual transmission’s gated shifter requires some acclimation. Consumer Guide has not yet sampled the automated-manual transmission.

Fuel economy qualifies as poor even for a “supercar.” Frequent use of the V8’s explosive power netted a dismal 10.6 mpg in mixed driving. By contrast, a test Chevrolet Corvette Z06, which cost far less than the R8 and was quicker, too, averaged around 15 mpg. A V10 test car didn’t fare much better, averaging just 14.6 mpg with a bit more highway driving. Audi recommends premium-grade fuel for both engines.

The R8’s ride is surprisingly comfortable despite an obviously firm suspension, 19-inch wheels and wide, low-profile tires. Still, the R8 gets restless on patchy pavement and can jolt over potholes and sharp bumps–though we’ve endured worse. At least our early test car showed no structural shudder or rattles.

As for noise, a double bulkhead helps isolate the cabin from the engine just behind, but the V8 is always noticed. So is coarse-pavement roar from the fat tires. Still, the R8 is no noisier overall than some big-power sports sedans, so there’s seldom a need to raise voices or turn up the stereo. Besides, both the V8 and the V10 sound wonderful–like a glorious mix of Formula 1 and NASCAR tones.

Dashboard design mimics that of other Audis, including large, clear gauges and most controls within easy reach. Some switch icons aren’t obvious, though, and moving the shift lever forward partly obstructs the low-set trio of climate-control dials. Audi’s Multi-Media Interface (MMI) operates the optional navigation system, which absorbs most audio functions. MMI complicates many adjustments, but proves reasonably convenient after a little practice. The dashboard screen is large, but prone to daytime wash-out. Superb workmanship is expected for $100,000-plus, and the R8 doesn’t disappoint. The interior uses high-quality plastics and fabrics applied with obvious care, plus real aluminum accents on the dashboard, console, steering wheel and foot pedals. Leather seats have been available, while the optional “extended leather” package also covered the dashtop, door panels, and other surfaces. Optional carbon fiber, if installed, adds a racy, high-tech vibe to the cabin. The CD changer mounts above the center floor tunnel, just behind the seats, so it’s awkward to access.

A low stance and long doors strain entry/exit, but the R8’s cabin offers six-footer headroom and legroom. Firm, supportive seats have prominent side bolsters that hold occupants securely through fast directional changes, but they may be a bit snug for those who are broader of beam. Visibility to the front and sides is fine, but it’s restricted aft and over-the-shoulder by the wide “flying buttress” rear-roof pillars and narrow rear-window opening. R8 models have no back seat.

The mid-engine layout relegates the R8’s trunk to a paltry 3.5-cubic-foot box in the nose, so owners are advised to travel light or plan on short trips. A slim shelf behind the seats can stow a couple of jackets or small bags, but little else. The only other interior storage involves a small dashboard glovebox and short-sided door pockets.