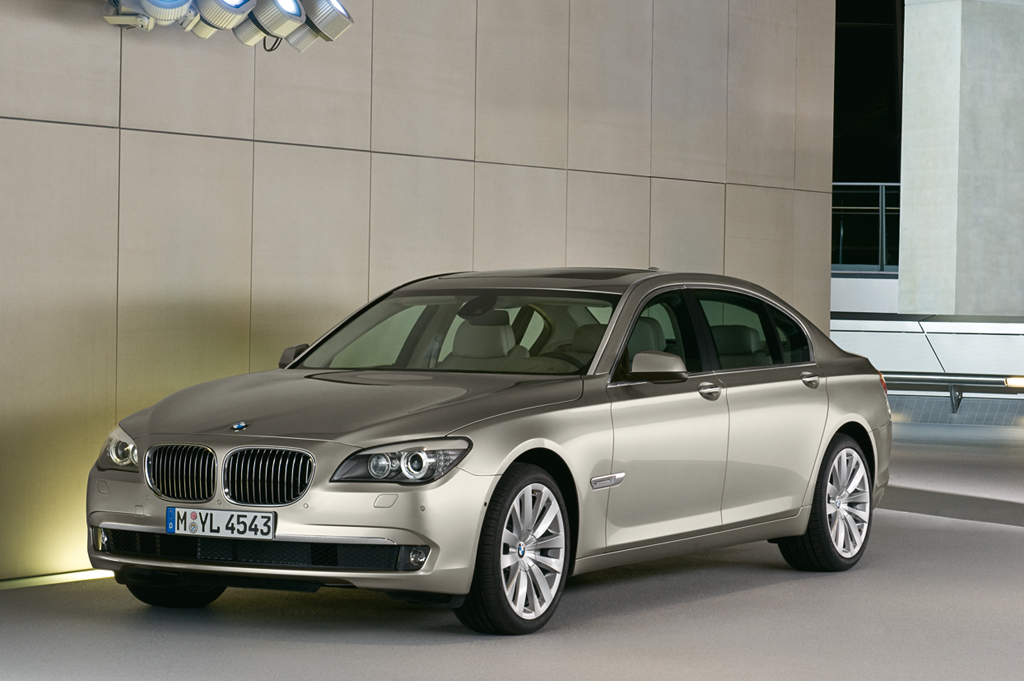 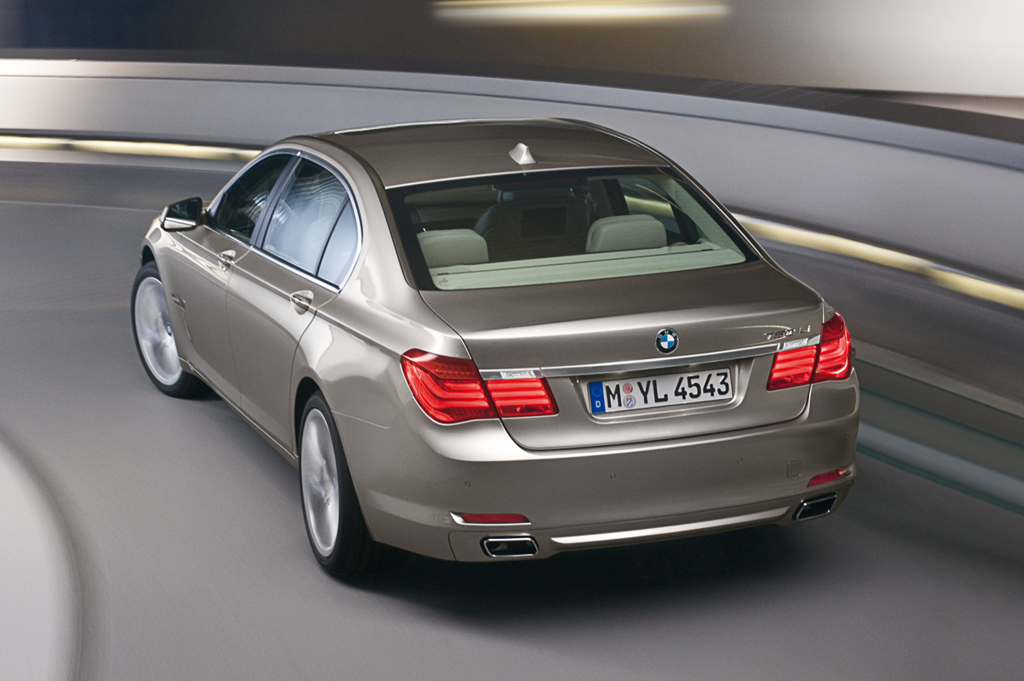 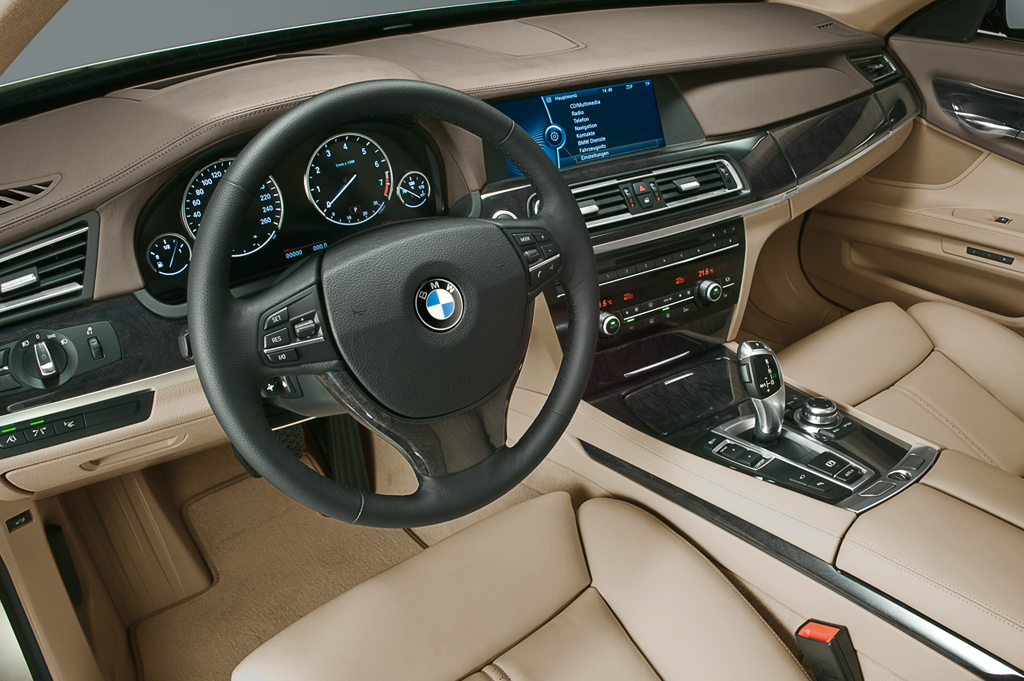 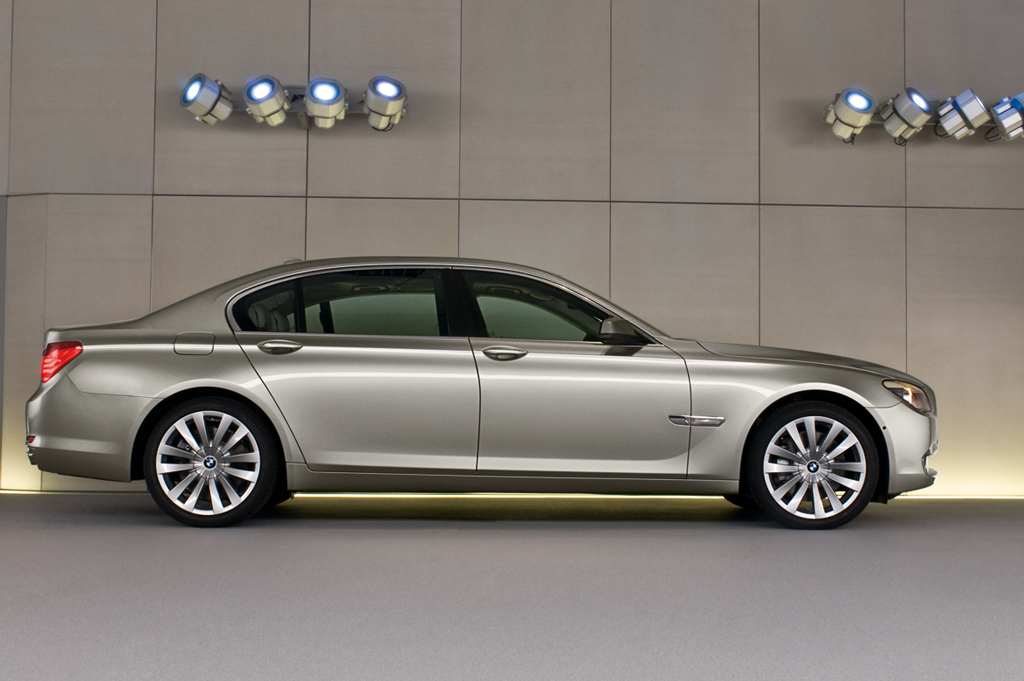 With its 2009 redesign, BMW corrected several of the 7-Series’ few flaws, and added a host of useful high-tech features. Revamped iDrive is noteworthy for its ease of use. Competitors Audi A8, Lexus LS, and Mercedes S-Class all offer superior isolation from outside disturbances, nicer interior materials, and a more composed ride. Still, the 7-Series is a worthwhile contender, though it’s tough to recommend over those rival premium large sedans.

Redesigned for 2009, BMW’s 7-Series sedan gained freshened styling, more power, and a new version of the German company’s iDrive control system. The full-size, rear-wheel-drive 7-Series sedan lineup consisted of two models: the 750i and 750Li. L versions of BMW’s flagship sedan rode on a wheelbase that was 5.5 inches longer than that of the 750i. Both models were powered by a 4.4-liter twin-turbocharged V8 that made 400 horsepower. The sole transmission was a six-speed automatic, whose shifter moved from its previous location on the steering column to the center console.

Newly available for 2009 were blind-spot alert, a lane-departure warning, a head-up display, sideview and rearview cameras, and high beams that automatically dimmed when oncoming traffic was detected. Also new was a 40-gigabyte hard drive for the audio and navigation systems, which allowed for storage of up to 13 gigabytes of music files. MP3 player connectivity and satellite radio also were available. Also offered were a night-vision system, adaptive cruise control, and DVD entertainment. Keyless entry and starting also remained available. BMW’s 7-Series sedan competed against the Audi A8, Lexus LS, and Mercedes-Benz S-Class.

We have had no opportunity to drive the 740, ALPINA B7, or ActiveHybrid. Acceleration in other models is fine in normal driving, but full-throttle takeoffs start with a somewhat timid launch followed by a strong surge as the turbos get cooking. This somewhat non-linear throttle response makes for unwanted lurching in around-town driving. Upshifts are accompanied by a slight sag in power, but downshifts are quite prompt. BMW has quoted a 0-60 mph time of 5.1 seconds for the 750i and 5.2 for the 750Li. These figures seem a bit optimistic, but the 7-Series never lacks power.

Ride quality falls well short of the lofty ride/balance standard we’ve come to expect from BMW. The adjustable suspension offers Comfort, Normal, Sport, and Sport + modes. Comfort mode is floaty and induces more tire thump and reaction to bumps than in top rivals such as the Mercedes-Benz S-Class. Normal mode decreases bump responses only slightly. Sport and Sport + are increasingly stiff. While never outright harsh or uncomfortable, the 7-Series is not as composed as it should be.

Steering/handling has long been BMW’s forte. With the optional Sport Package, Integral Active (rear-wheel) Steering combines with BMW’s excellent Active Roll Stabilization to make a 7-Series equipped with that system among the best-handling large sedans. Integral Active Steering turns the rear wheels slightly in the opposite direction of the fronts at low speeds to aid maneuverability and cut 2.5 feet from the turning radius; and in the same direction as the fronts at higher speeds to benefit stability. While handling is impressive even in Comfort or Normal mode, it sharpens somewhat in Sport and Sport +. Steering is nicely weighted and brakes inspire confidence. Without the Sport Package, the 7-Series feels much looser, with noticeable body lean and not enough steering feedback.

Generally serene, the 7-Series exhibits a bit of wind rush at highway speeds and suffers some bump noise around town. The twin-turbo V8 engine emits a soft, turbine-like whine under full-throttle acceleration.

BMW’s revamped iDrive took the 7-Series from one of the worst luxury-car control systems to one of the best. A row of eight programmable buttons can be set for radio stations, map destinations, or shortcuts to an iDrive screen, greatly easing everyday use. However, the optional 6-disc CD changer is inconveniently mounted in the upper glovebox. BMW added separate buttons for suspension adjustments and a few iDrive functions that previously required using the joystick controller. Climate controls are mounted low but within easy reach. The navigation system is relatively simple to program, and the large, 10.2-inch dashboard screen shows a very clear image. Guidance instructions can be set to appear on the right-hand side of a split screen and (if installed) the head-up windshield display. The 7-Series cabin is mostly understated-perhaps too much so, given this car’s lofty price. Mostly black interior trim on many cars largely mutes the impression of the nice interior materials and wood.

Even the lankiest occupants can expect plenty of headroom and legroom up front. The driver’s seat might be fitted with ventilation, extendable thigh support, and an articulated backrest. BMW’s optional massage function doesn’t so much “massage” as adjust pressure points every few minutes. Lane Departure Warning works well; it can “shimmy” the steering wheel a bit if the driver fails to signal or the car drifts toward the side. Night Vision also impresses, displaying a black-and-white image on the dashboard or on the available head-up display. This version also incorporates Pedestrian Detection, which not only “paints” people with a yellow tint, but also flashes a warning Active Cruise Control allows the driver to set one of four following distances, and it works as advertised. So does the Collision Warning System, which beeps if you’re closing too quickly on a car ahead. The optional camera package includes the traditional rearview camera along with cameras mounted in the front wheel wells that look to both sides. Each displays an image on half of the navigation screen-useful when pulling out of an alley or from between two cars.

Rear-seat headroom is adequate even for six-footers. In the 750i, most adults have adequate legroom even behind a tall driver, and the Li offers limo-like legroom. The seat is very comfortable, but while it may be wide enough to squeeze three across, the center rider would have to straddle a very bulky driveline hump. An Li might have heated and cooled rear seats with adjustable seatback angle. A dual-screen entertainment system also might be installed.

The trunk is spacious and nicely trimmed, but its opening isn’t particularly large. The interior features a roomy console box, two covered cupholders, a small dash tray, and upper and lower gloveboxes. However, the optional CD changer takes up the entire upper glovebox.