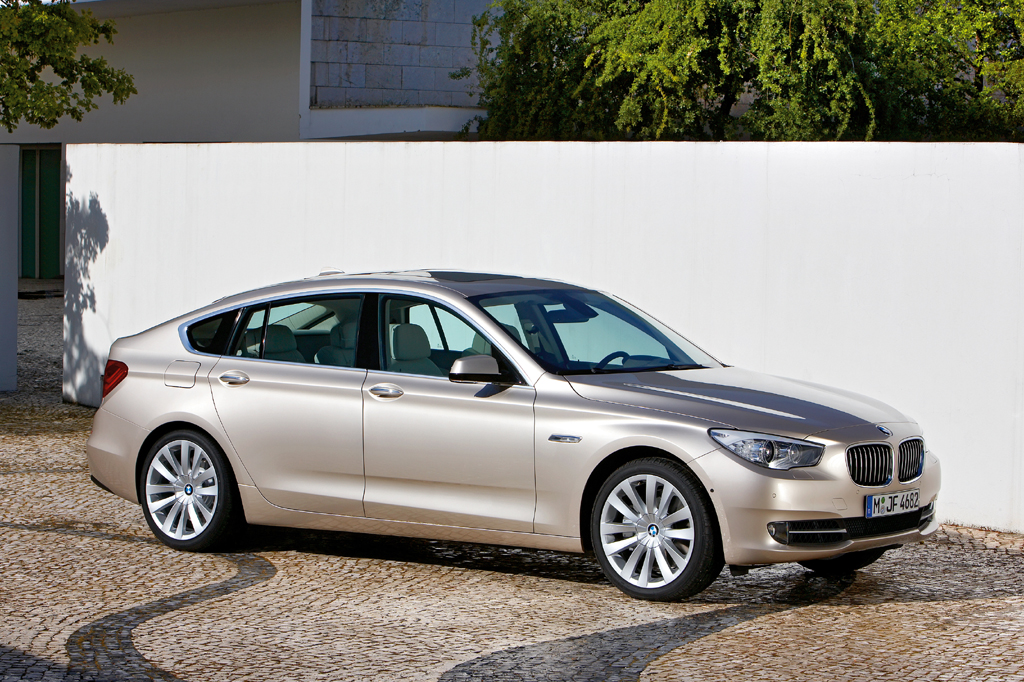 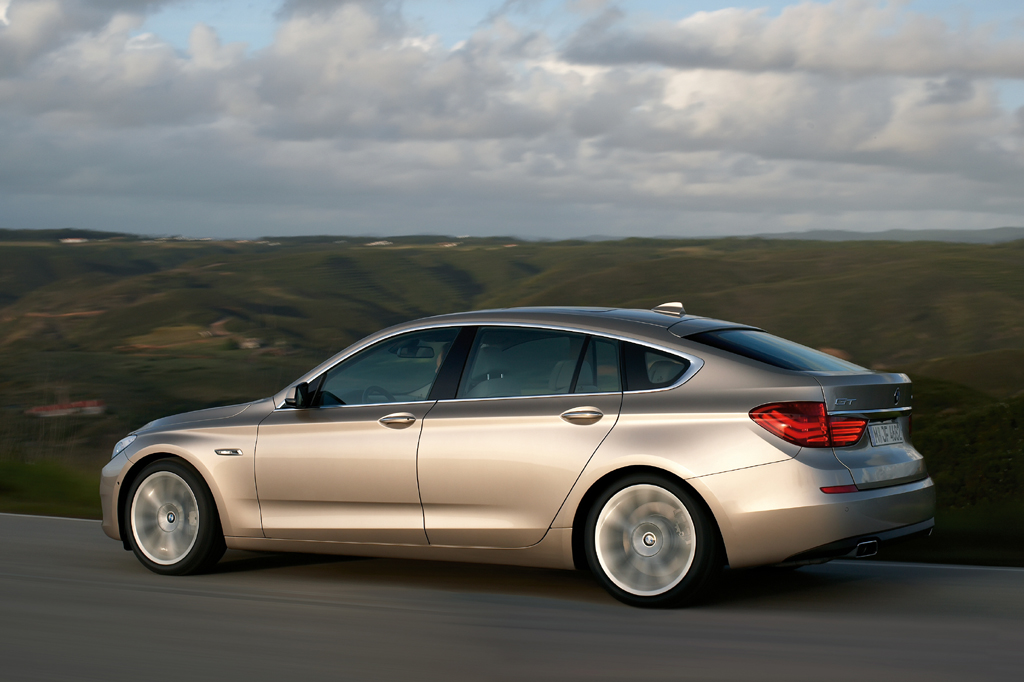 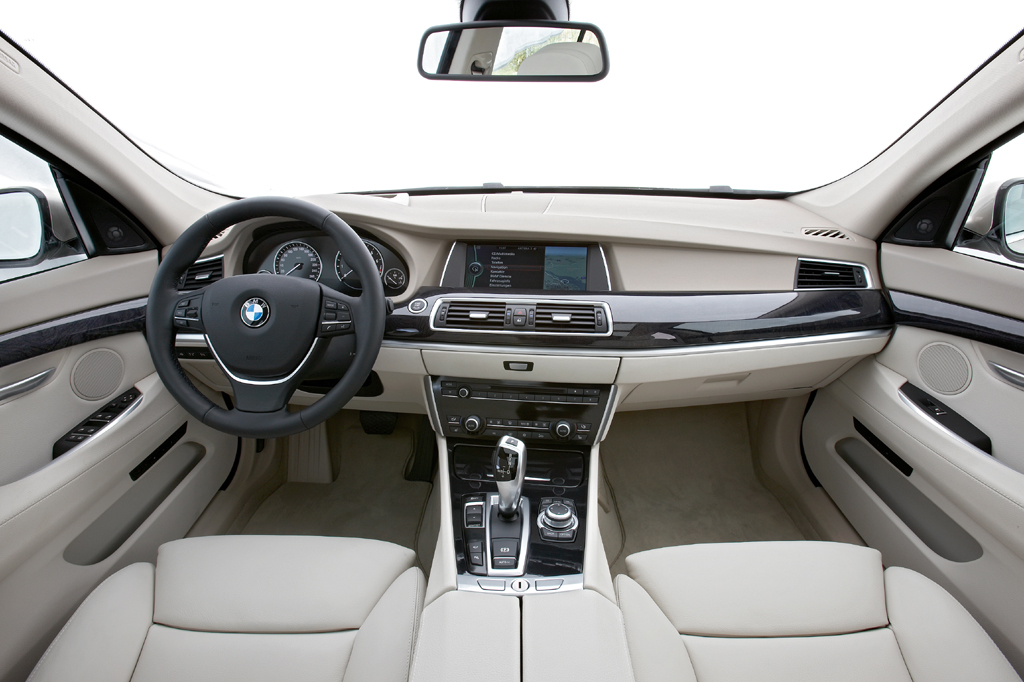 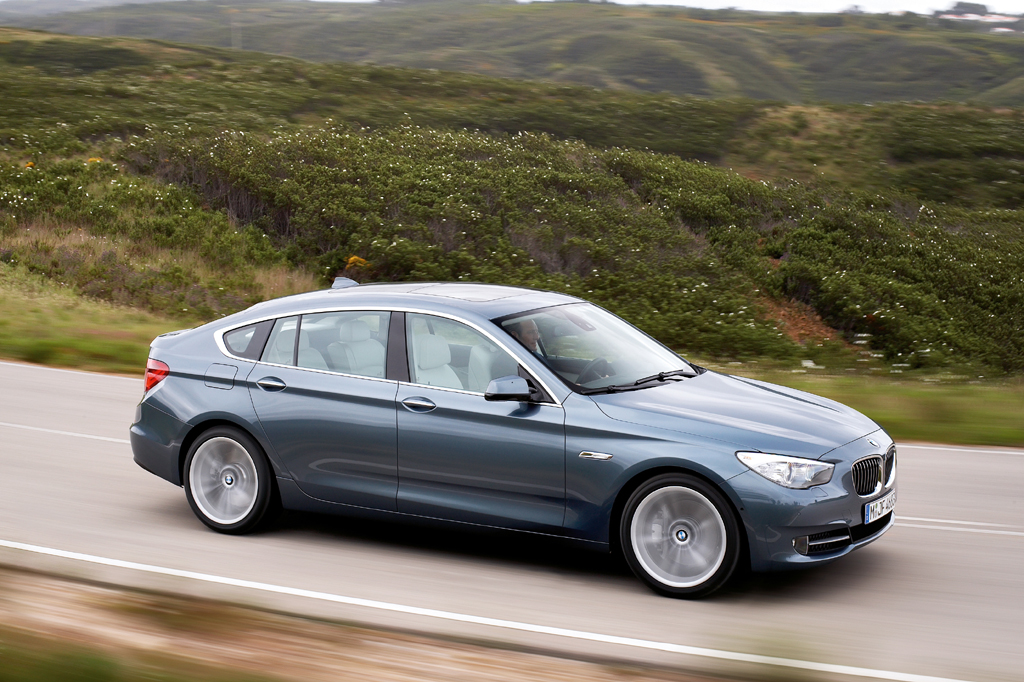 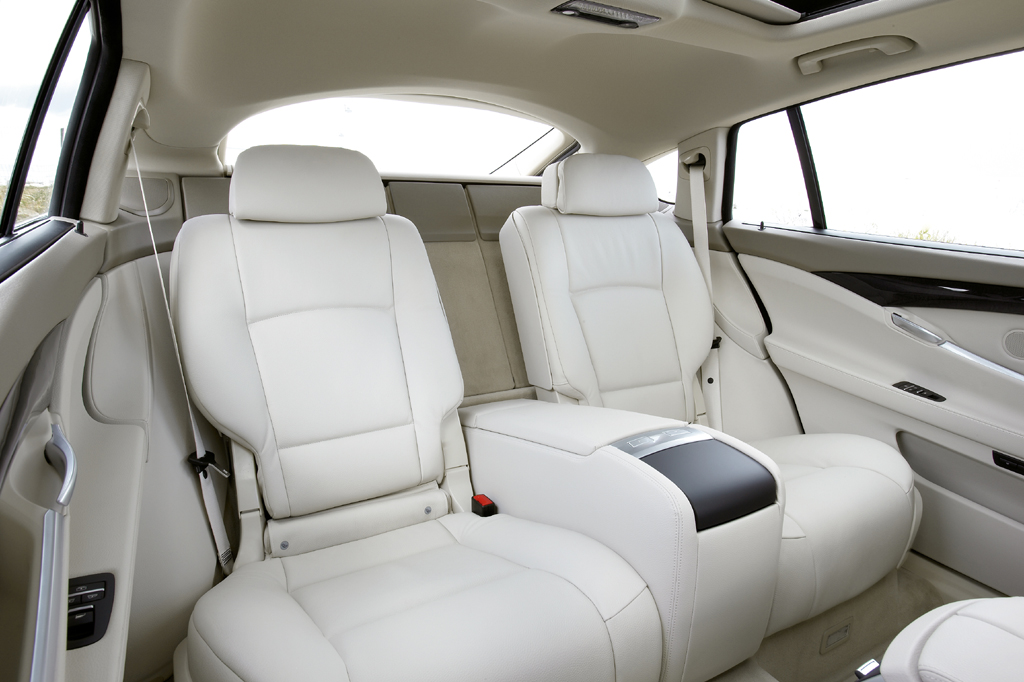 It’s hard to decide what to think of BMW’s latest genre-bending vehicle. On one hand, it has great V8 power and a relaxed highway ride. The hatchback design is practical, too, and the cabin is appropriately luxurious. At the same time, the 5-Series Gran Turismo was extraordinarily expensive when new and relatively high-priced used. It’s also not particularly fun to drive–an especially disappointing situation for a BMW. A conventional station wagon, such as the Mercedes-Benz E-Class or BMW’s own X5 SUV, probably makes more sense.

BMW launched its 5-Series Gran Turismo for 2010 as the latest addition to this German automaker’s midsize car lineup. The Gran Turismo (GT) was a four-door hatchback that shared elements of its basic design with BMW’s larger 7-Series cars. Compared to a 5-Series wagon, the GT had a different powertrain and styling. The 2010 5-Series Gran Turismo came in two rear-wheel-drive forms: 535i and 550i. The 535 was powered by a 300-horsepower turbocharged 3.0-liter inline six-cylinder engine. The 550i held a 400-horsepower turbocharged 4.4-liter V8. Both models used an eight-speed automatic transmission.

This hatchback marked the first application of BMW’s Brake Energy Regeneration System, which was designed to save fuel by allowing the alternator to charge the battery only when the vehicle is decelerating or braking. Standard safety features included antilock braking, traction control, an antiskid system, curtain-side airbags, and front-side airbags. BMW’s available Active Roll Stabilization was designed to counteract body lean in turns. Also offered was BMW’s Integral Active Steering, which included speed-sensitive rear-wheel steering; a Dynamic Damping Control adaptive suspension; and Driving Dynamics Control, which allows drivers to adjust throttle response, steering assist, and transmission programming. Standard seating was for five, with the rear seat a 40-20-40 split bench that could slide fore and aft up to 3.9 inches to benefit passenger or cargo space. An optional Luxury Rear Seating Package could decrease seating capacity to four but included power-adjustable rear seats, a full-length center console, power rear sunshades, and four-zone automatic climate control. A panoramic sunroof and a navigation system were standard on the 550i. Competitors included the Audi A6 Avant, Mercedes-Benz C-Class wagon, and the new Porsche Panamera.

Two turbocharged engines have been available in the 5-Series GT. In the 535i model, an inline six-cylinder engine rated at 300 horsepower mates with an eight-speed automatic transmission. In the 550i, a 4.4-liter V8 that produces 400 horsepower also teams with an eight-speed automatic. All models have rear-wheel drive. New all-wheel-drive models arrived for 2011, using BMW’s xDrive system.

Despite a curb weight exceeding 4,500 pounds, the rear-drive 550i Gran Turismo is quite fast. After a slight delay from a stop, the 550i takes off with authority. Some testers felt that the eight-speed automatic transmission matches well with the engine, while others cited clunky shifts in urban commuting.

Even with the optional Sport Package, the 550i does a reasonable job of smothering bumps with the adjustable suspension set in Normal mode. Comfort mode brings some unwanted float and wallow, while Sport mode allows for some banging and crashing over sharp ruts and pavement cracks.

This hatchback is not as sporty as might be expected from a BMW. The GT’s bulky size and top-heavy nature preclude any feel of agility. Steering is nothing special, either. BMW’s Brake Energy Regeneration System compromises smooth braking. Lifting off the throttle at low-to-moderate speeds yields a marked “drag” on the powertrain, which causes the vehicle to lurch rather than smoothly coast.

A refined V8 powertrain and little intrusion from the wind or road make the 550i GT a fine highway cruiser. Even the performance-oriented tires included with the Sport Package kick up little fuss.

High-grade leather, ample soft-touch surfaces, and classy wood trim highlight the GT’s interior. BMW’s “virtual-analog” instrument cluster is quite slick. Though you have to get accustomed to it, the iDrive interface works quite well. Some testers have disliked the number of shortcut buttons around the console control knob, but others believed they make for quicker access to the audio and navigation systems. Using the console cupholders blocks access to some secondary climate controls.

If a Luxury Rear Seating Package is installed, the GT accommodates just two, rather than three, backseat passengers. That setup includes multiple adjustments to dial in a comfortable seating position. Headroom and legroom are as expansive as in most premium large cars.

The GT has more (and more useful) cargo room than BMW’s X6 but less than the brand’s X5 SUV. The power-folding rear seatbacks move painfully slowly and even require a few manual adjustments to maximize the available space. The two-piece tailgate can lift like a traditional hatchback or open with a smaller, more sedan-like aperture. It can be seen as an exercise in over-engineering, but the smaller opening might be preferable to lifting the full, heavy hatch. Front storage is minimal, but the center console on models with the Luxury Rear Seating Package is handy.