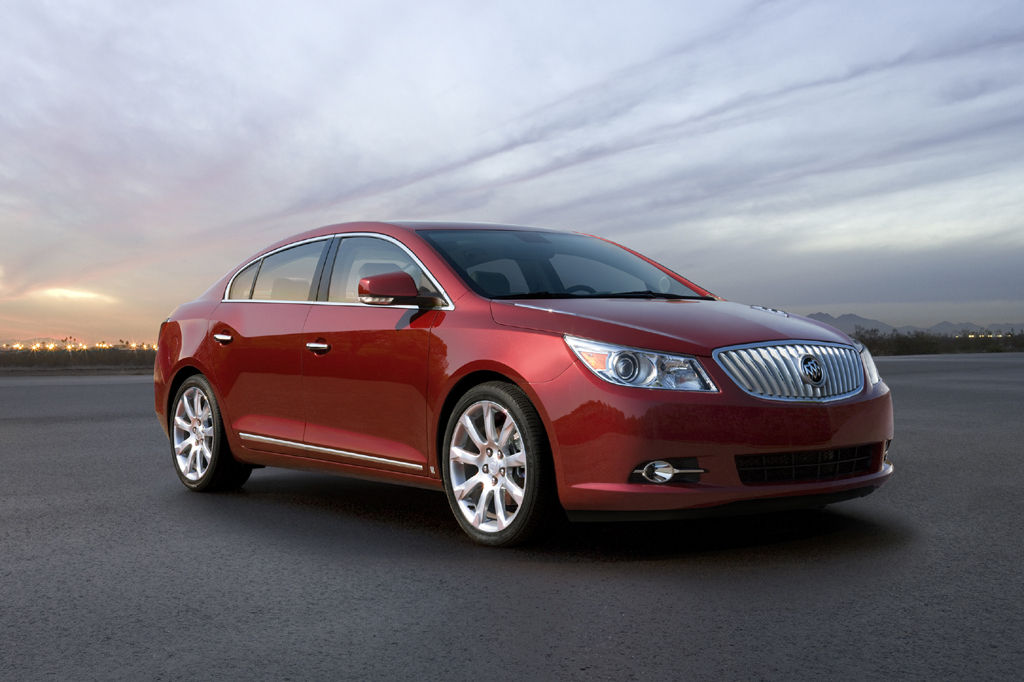 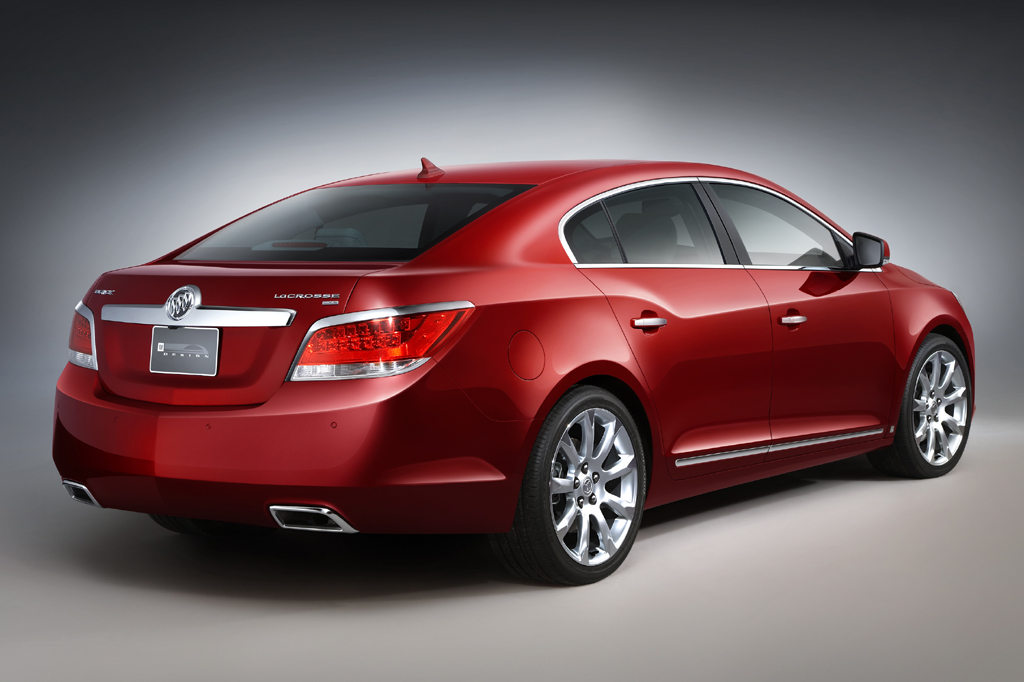 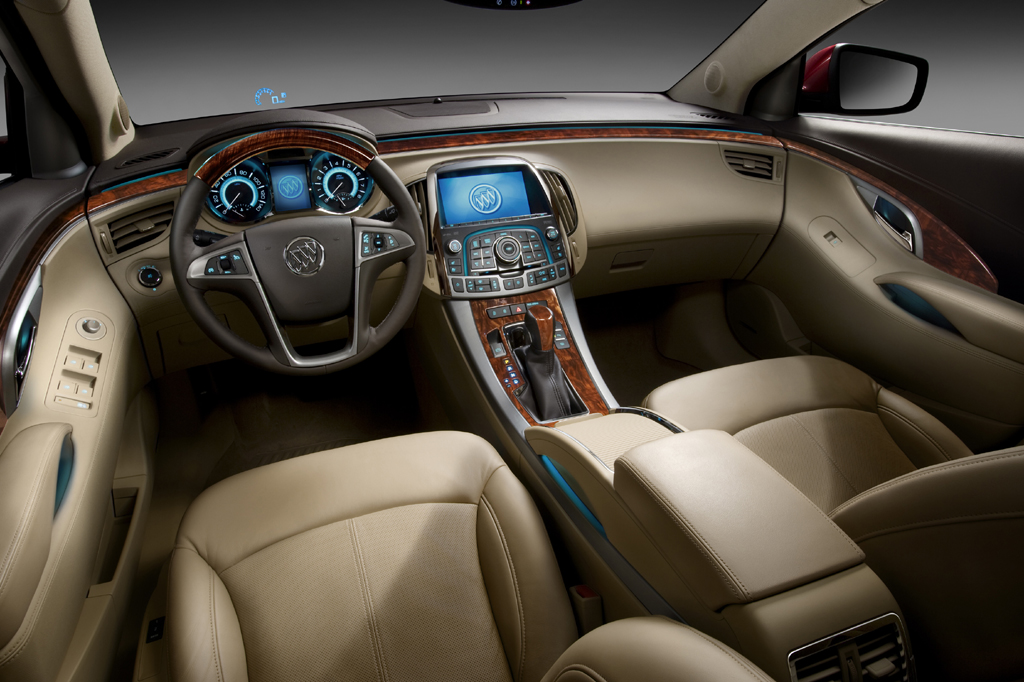 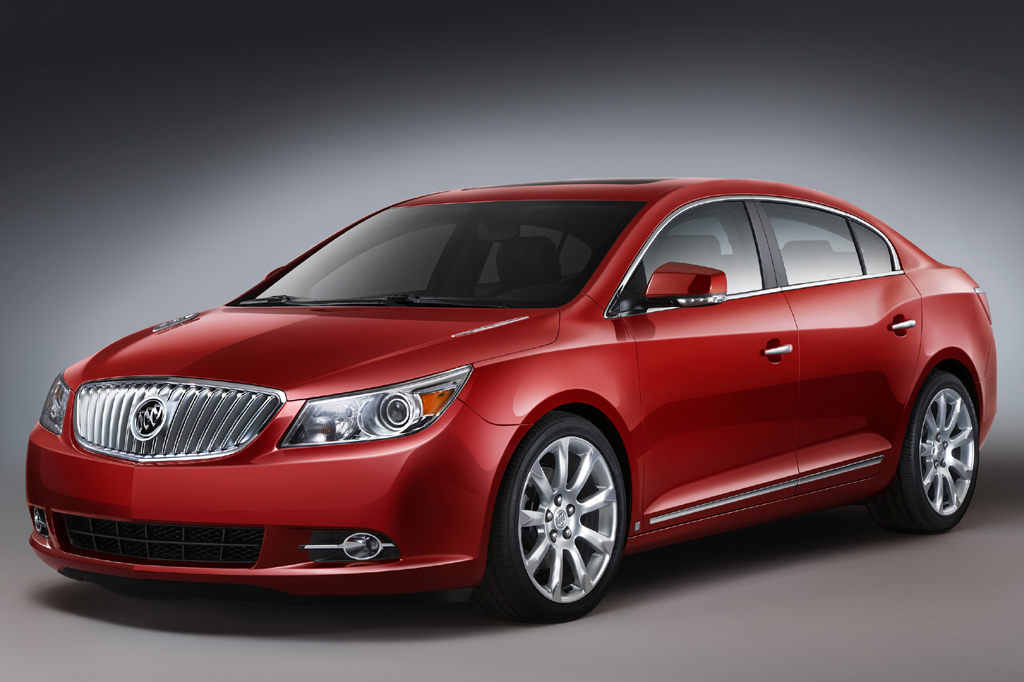 Buick claims to target both the Acura TL and Lexus ES 350 with LaCrosse, but in reality it is only the Lexus that has been successfully challenged. Though lacking the TL’s sporty nature, LaCrosse matches the more sedate ES in cabin and drivetrain refinement, and it surpasses it in available passenger space. LaCrosse is an excellent choice, with the CX and a modestly equipped CXL representing our top picks in this lineup.

Redesigned for 2010, Buick’s LaCrosse earned freshened styling, new engines, and new features. LaCrosse was a four-door family sedan that came in CX, CXL, and CXS trim levels. The 2010 model had about a 1-inch-longer wheelbase and was about 1 inch shorter overall than the 2005-09 LaCrosse. CX models came with either a 182-horsepower 2.4-liter four-cylinder engine or a 255-horsepower 3.0-liter V6 engine. CXL versions had the 3.0-liter V6. The CXS got a 280-horsepower 3.6-liter V6 and replaced the V8-powered Super as the top LaCrosse model. All used a six-speed automatic transmission. All-wheel drive was newly available, but only on the CXL with the V6 engine. Standard safety features included antilock braking, traction control, an antiskid system, curtain-side airbags, and front-side airbags. Blind-spot alert also was offered. CXL models had standard leather upholstery, while CXS sedans added heated and cooled front seats. Among the available features were a navigation system with rearview camera, xenon headlights, DVD entertainment, and a head-up display. Note that LaCrosse was sold in Canada as the Allure. Large-car competitors included the Chrysler 300, Dodge Charger, Ford Taurus, Hyundai Azera, and Toyota Avalon.

A 182-horsepower 2.4-liter four-cylinder engine powered the base CX model. In 2012, that engine added GM’s eAssist “mild hybrid” system, which boosted output to 197 hp. Standard in early CXLs and optional for the CX was a 3.0-liter V6 rated at 255 horsepower (252 in the CXL with all-wheel drive). That engine disappeared after the 2010 model year. The CXS sedan held a 3.6-liter V6 developing 280 horsepower, or 303 starting in 2012. AWD was only offered in V6 models. All LaCrosse models have a six-speed automatic transmission.

Though smooth, the base 2.4-liter four-cylinder engine is barely adequate in terms of power output. The eAssist version that arrived for 2012 is quite a bit better, providing a much stronger jump from a stop. A LaCrosse with 3.0-liter V6 isn’t particularly snappy at low speeds and feels strained when passing or merging. The 3.6-liter V6 is substantially more robust, with plenty of reserve power. Regardless of the engine, the transmission is silky smooth. Shift behavior is generally good with the four-cylinder, though some occasional lurching may occur while downshifting. With the V6, it is sometimes hesitant to downshift when more power is needed.

In Consumer Guide testing, a 2.4-liter four-cylinder model averaged 26.2 mpg in city/highway driving during an extended-use test. One with eAssist averaged 27.5. A CXS with the 3.6-liter V6 averaged 21.6 mpg in a mix of city/highway driving, while another avaraged 26.4 in mostly highway travel. All engine use regular-grade gas.

Ride quality may be LaCrosse’s most impressive quality. With the standard suspension and 17-inch wheels, the four-cylinder CX ranks among the best in class, delivering a great combination of comfort and control. CXL versions, riding on 18-inch wheels, are a bit firmer, but not annoyingly so. Most bumps are smothered with ease, and a solid body structure prevents the LaCrosse from feeling floaty on the highway. Available only on the CXS, the Touring Package includes larger wheels and tires with a driver-selectable “sport mode” that, when engaged, tweaks the steering, transmission, and suspension for more-spirited driving. Ride quality suffers in sport mode, as larger road irregularities register with pronounced thuds.

No LaCrosse feels sporty, but all handle well, with assuring competence. Even in standard form, the car is more nimble than you’d expect, given its size. Some drivers may find the steering overboosted on all but CXS with the Performance Package. A CXS with the Touring Package leans less in corners, but the incremental agility gain is a poor trade-off given the package’s detrimental impact on ride quality.

Every LaCrosse is impressively hushed. All models are nearly free from wind noise, while CXL and CXS models are subject to only slightly more road noise than the CX. The Touring Package’s tires are the loudest of the bunch. Both V6 engines sound refined during acceleration, but the four-cylinder is a bit raspy. Each engine fades into silence while cruising.

Large gauges and dials are well marked and easy to read at a glance. Controls are mostly large and clearly marked, though some less-frequently-used buttons look alike and can be difficult to decipher at a glance. The available navigation system absorbs audio functions. Its large, clear graphics are helpful, but some functions are not as intuitive as they should be. LaCrosse’s handsome cabin is finished in rich, well-textured materials with apparently careful assembly. Unfortunately, CX’s fuzzy cloth upholstery looks cut-rate, and feels out of place in what is otherwise a premium environment.

Most folks will have plenty of front-seat space, though headroom is tight for those much over 6-feet tall. Seats lack side bolstering, though given LaCrosse’s lack of sporting pretense, that may not be much of an issue. Visibility is okay rearward, but thick front pillars obscure vision to the corners.

Rear-seat legroom is generous for most adults, though knee space is limited behind taller front-seat occupants. Headroom is marginal for 6-footers, and low-cut door openings mean taller passengers have to duck deeply to enter or exit the rear compartment. Doors are fairly long, which can make access a bit difficult in tight parking spaces.

A small trunk opening and high liftover restrict access to an otherwise deep and spacious storage area. Rear seatbacks are split 60/40 and include a center pass through for skis. Interior storage falls short. The center console is quite small, and front-door pockets are all but useless.