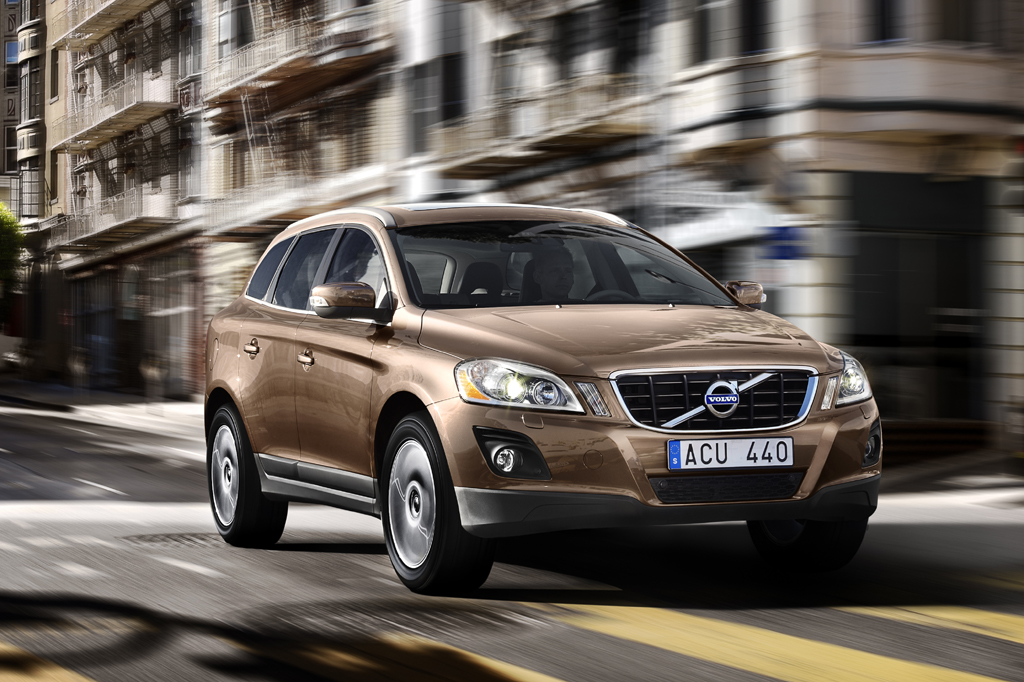 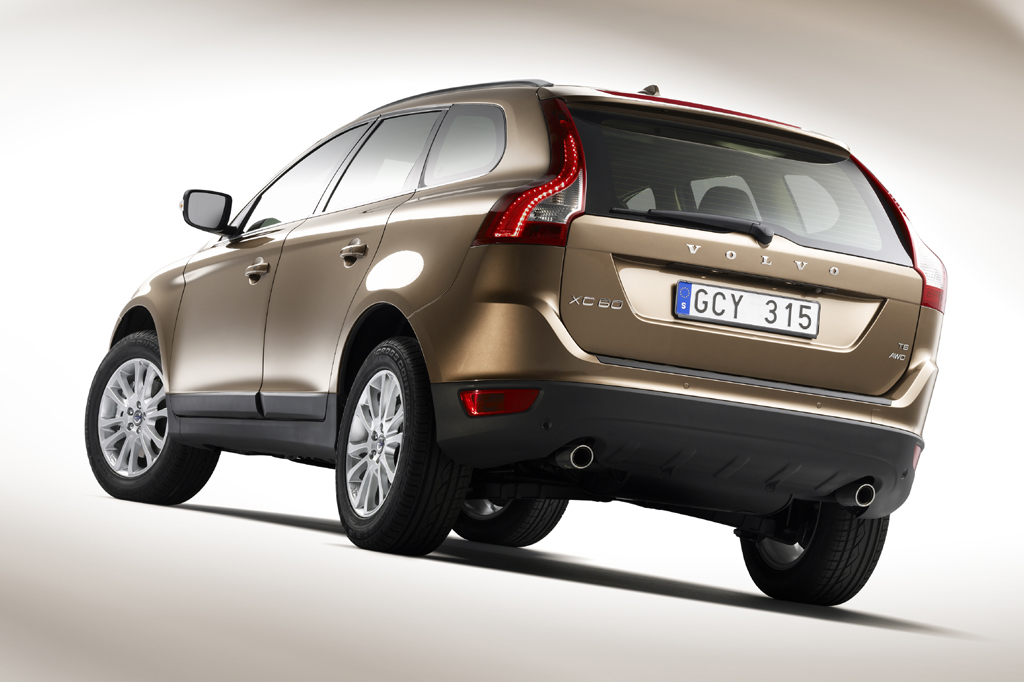 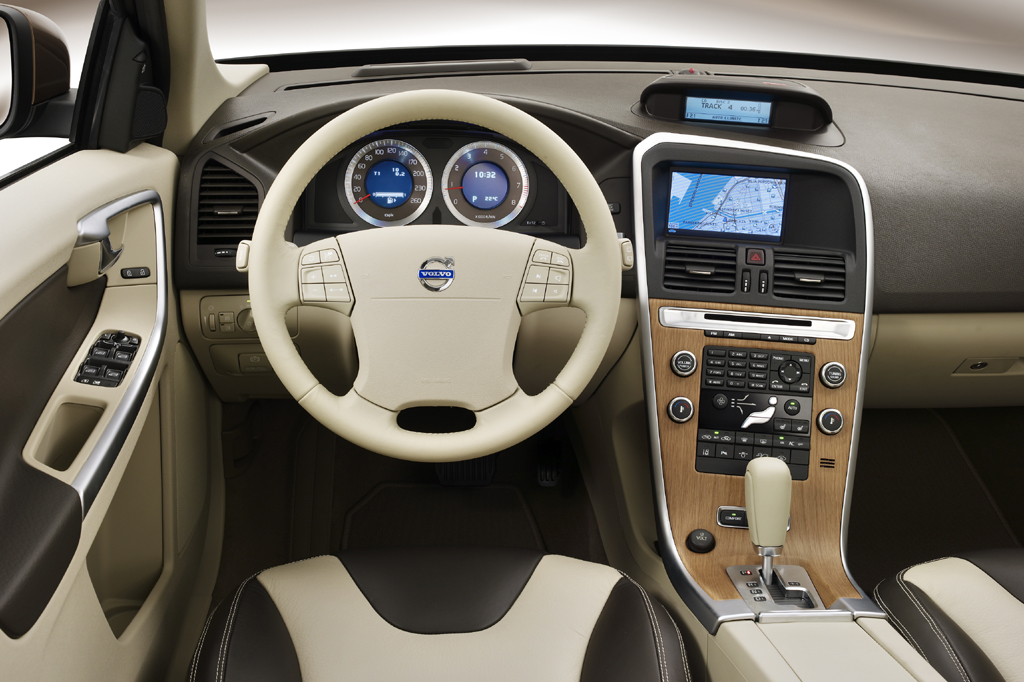 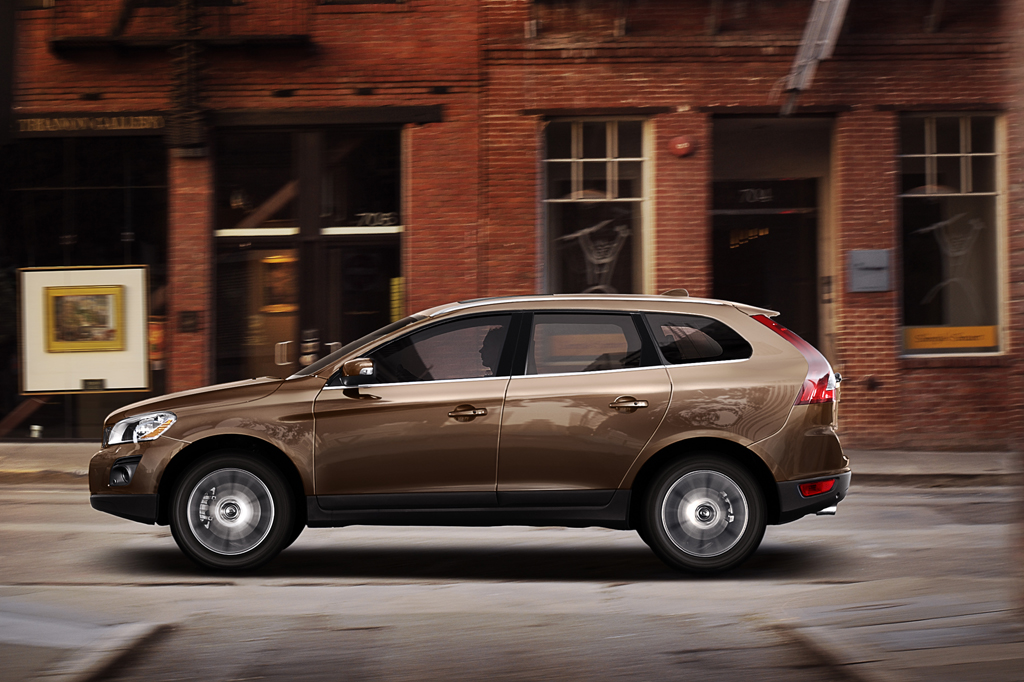 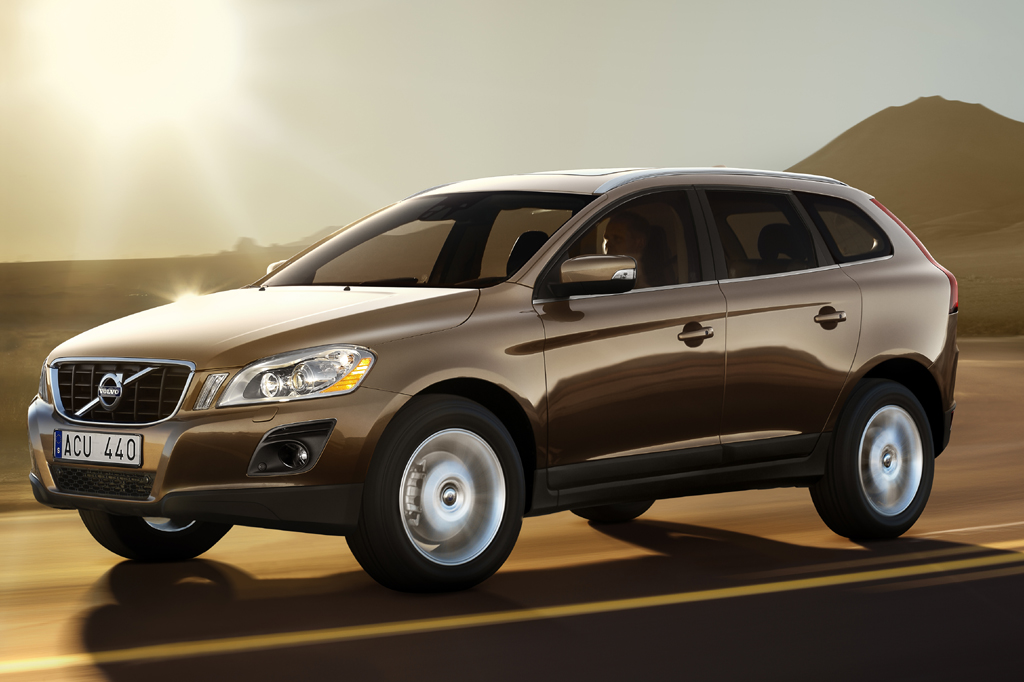 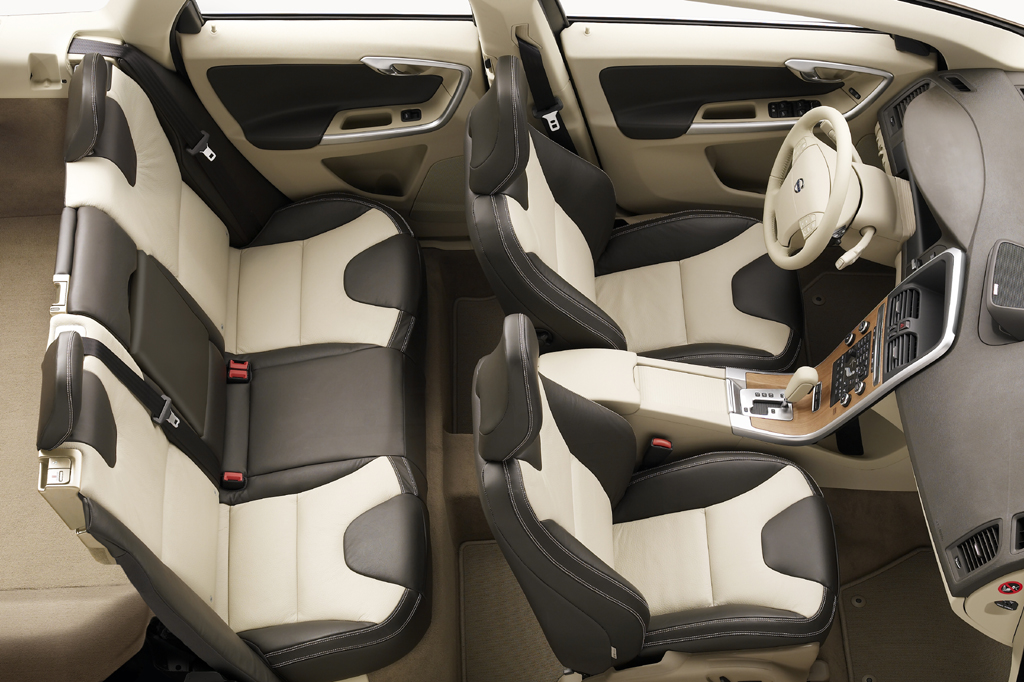 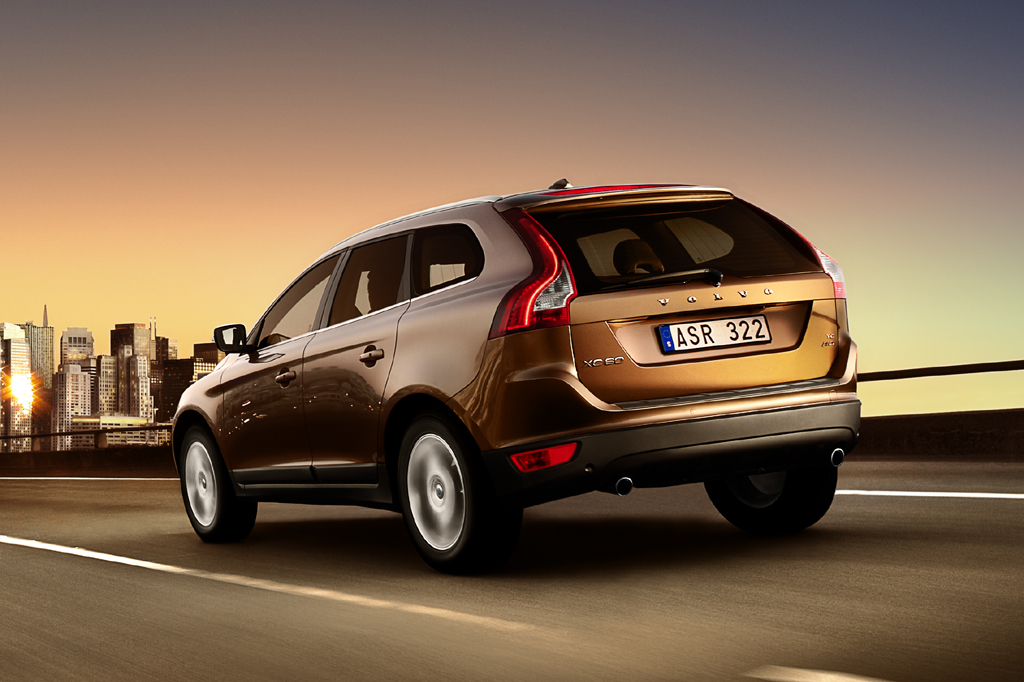 Refined and loaded to the brim with expected and innovative safety features, Volvo’s first compact SUV is a good one. Kudos go out to the company for quickly fixing the initial XC60’s confusing navigation system. With that issue addressed, its only notable flaw is an occasionally crunchy ride. With more and more manufacturers entering the premium-compact SUV segment, standout products are more critical than ever. XC60’s balance of power, handling, and comfort make it a Recommended choice for those who desire something small, yet upscale.

The 2010 Volvo XC60 was this Swedish manufacturer’s first compact SUV. Specifically, XC60 was a five-passenger premium crossover SUV that shared elements of its basic design with Volvo’s V70 and XC70 station wagons. XC60 models came as the base 3.2, up-level T6, or sporty R-Design. The 3.2 held a 235-horsepower 3.2-liter inline six-cylinder engine and a six-speed automatic transmission, with front- or all-wheel drive. The T6 and R-Design had a 281-horsepower turbocharged 3.0-liter inline six-cylinder engine, a six-speed automatic, and all-wheel drive. Maximum towing capacity was 3,300 pounds. Standard safety features included all-disc antilock braking, traction control, an antiskid system with rollover sensing, front-side airbags, and curtain-side airbags. The R-Design had specific wheels and trim. Standard was Volvo’s new City Safety accident-avoidance feature, which automatically activates the brakes at low speeds to avoid or reduce the severity of an imminent collision. Leather upholstery was standard on the T6 and optional on the 3.2. An optional Climate Package included heated front and rear seats, heated windshield-washer nozzles, and rain-sensing wipers. The Multimedia Package included an up-level audio system, a navigation system, and a rearview camera. The Technology Package included adaptive cruise control, a lane-departure warning, driver-fatigue alert, and Volvo’s Collision Warning, which readies the seat belts and maximum braking force if sensors detect an unavoidable crash. The Convenience Package included a power tailgate and front- and rear-obstacle detection. Blind-spot alert was optional. Competitors for the XC60 included the BMW X3, Infiniti EX35, Land Rover LR2, and Mercedes-Benz GLK-Class.

The 3.2 model held a 3.2-liter inline six-cylinder engine that produced 235 horsepower, mated to a six-speed automatic transmission, with front- or all-wheel drive. The T6 and R-Design had a 281-horsepower turbocharged 3.0-liter inline six-cylinder engine, six-speed automatic, and all-wheel drive. Output of the 3.2-liter engine rose by 5 hp for 2011, while the 3.0-liter turbo gained 19 horsepower.

While it doesn’t pin you to your seat, the 2010 XC60 T6 has plenty of power for any situation. Some testers have complained of non-linear throttle action. The transmission shifts smoothly but occasionally hunts for the right gear when driving on hilly terrain. No XC60 3.2 or 300-hp models have been made available for testing.

Fuel economy falls short of thrifty. In Consumer Guide testing, an extended-use T6 with the 281-hp engine averaged 19.5 mpg, with a fairly even mix of city and highway use. Another test T6 averaged 17.2 mpg in mostly city driving. The XC60 uses regular-grade gas.

An XC60 is generally comfortable and controlled, with no hint of float or wallow. Most bumps are absorbed well, but XC60 is surprisingly coarse and lacks composure on rough pavement. Some testers have found that larger bumps registered sharply through the cabin.

Some body lean is apparent in fast cornering, but an XC60 hustles around curves with carlike assurance. XC60 has been available with an option that allows drivers to adjust steering feedback over three settings via the on-board computer. Most users should find the normal setting fine for everyday use. The firmest mode provides excellent road feel, though it’s a bit heavy in low-speed driving. In controlled demonstrations, Volvo’s City Safety accident-avoidance feature worked as advertised.

Most noise sources are well hushed. The engine sounds a bit gravelly under hard acceleration, and some coarse-surface tire thrum is present. Wind noise is quite low, and other sources of ruckus are not intrusive enough to be a bother.

Gauges are large and clear, as are the audio and climate functions. The navigation system’s screen is on the small side, making some readouts difficult to decipher at a glance. In early models, controls are inconveniently located behind one of the steering wheel’s spokes, rather than on the center dashboard stack or having a touchscreen interface. This makes using the navigation system more difficult than it needs to be. As part of a mid-model-year update, the XC60 received the same navigation-system controls as the 2011 Volvo S60 premium-midsize sedan. Though still not quite as intuitive as the best navigation systems in this class, its operation is far easier than the units on model-year 2010 XC60s. Gone is the awkward joystick located behind one of the steering wheel’s spokes. Instead, all controls operate from the front of the steering wheel. Cabin decor is smart and upscale. Soft, textured plastics and abundant soft-touch surfaces impress, as does the optional authentic wood trim. In XC60s equipped with a black interior, the cabin is a bit more austere. It lacks the warmth of versions equipped with a tan interior and wood.

Most adults will have sufficient room up front. Those seats are long-haul comfortable, though heated seats should have been standard at this price level.

The back seat is supportive, and legroom and foot space are adequate for most adults. The available child booster seats are a nice feature that has not been commonly available.

Cargo space is abundant with the rear seatbacks raised. Folding them creates an even larger cargo hold with a flat floor. Awkward positioning of the spare tire limits space under the floor. The interior is nothing special for storage, with fairly roomy door pockets but a somewhat small glovebox and center console. XC60 also has a small space behind the center dashboard stack, which is becoming common on most Volvo products. While a nice idea, that area is not particularly useful.