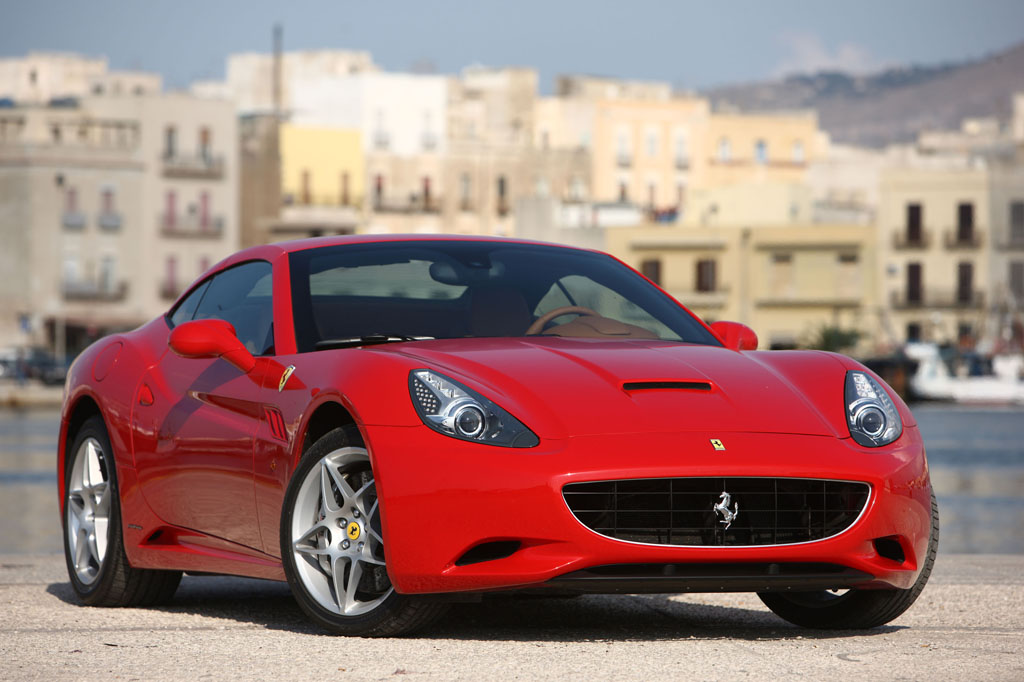 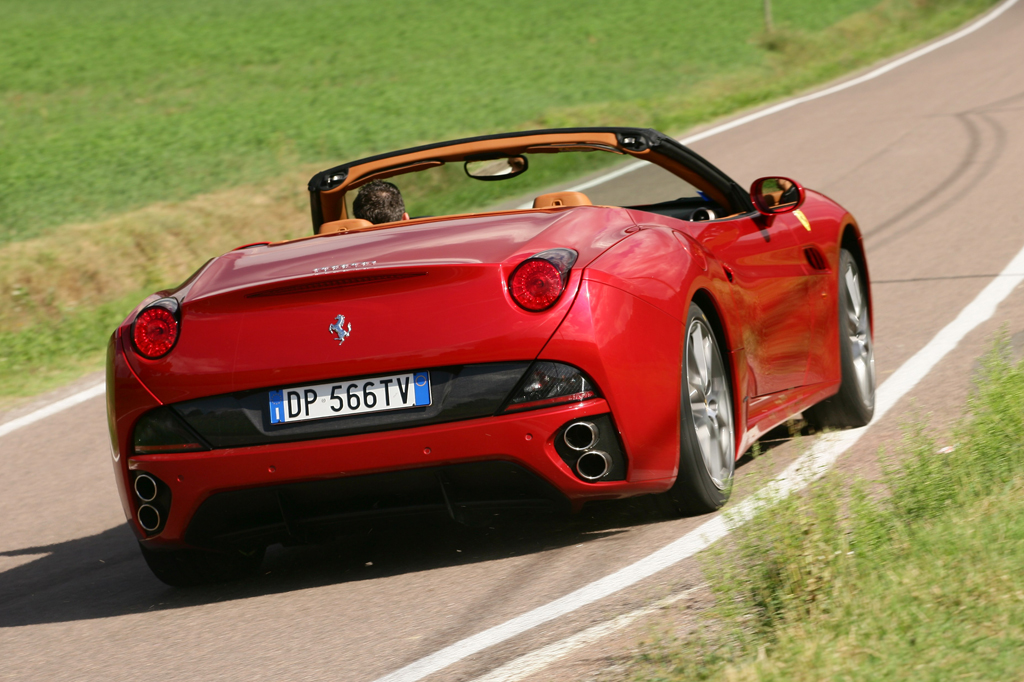 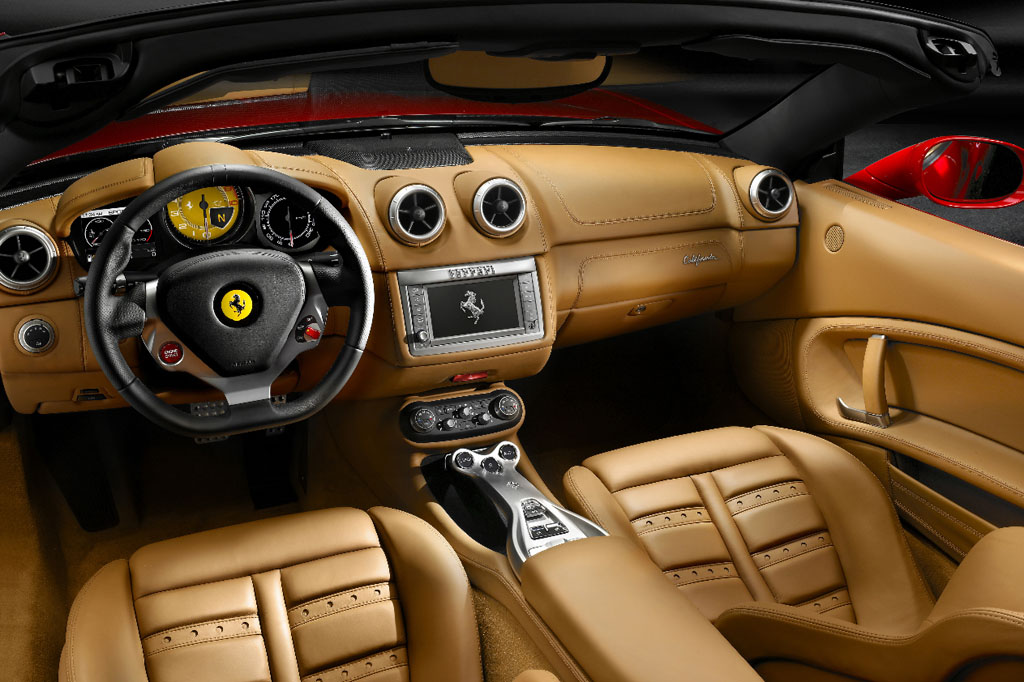 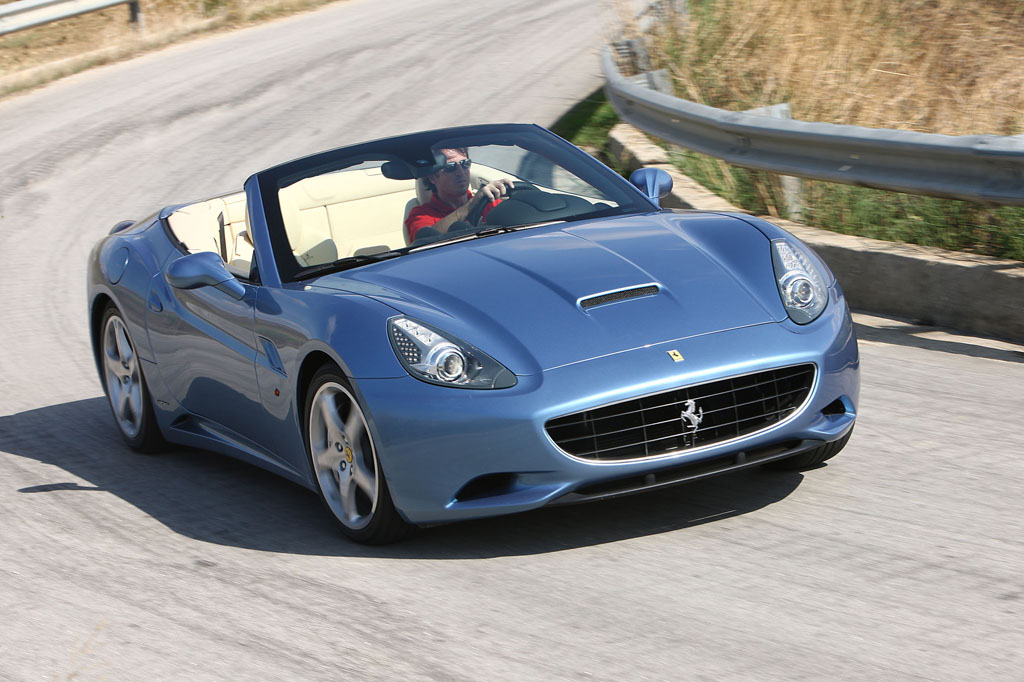 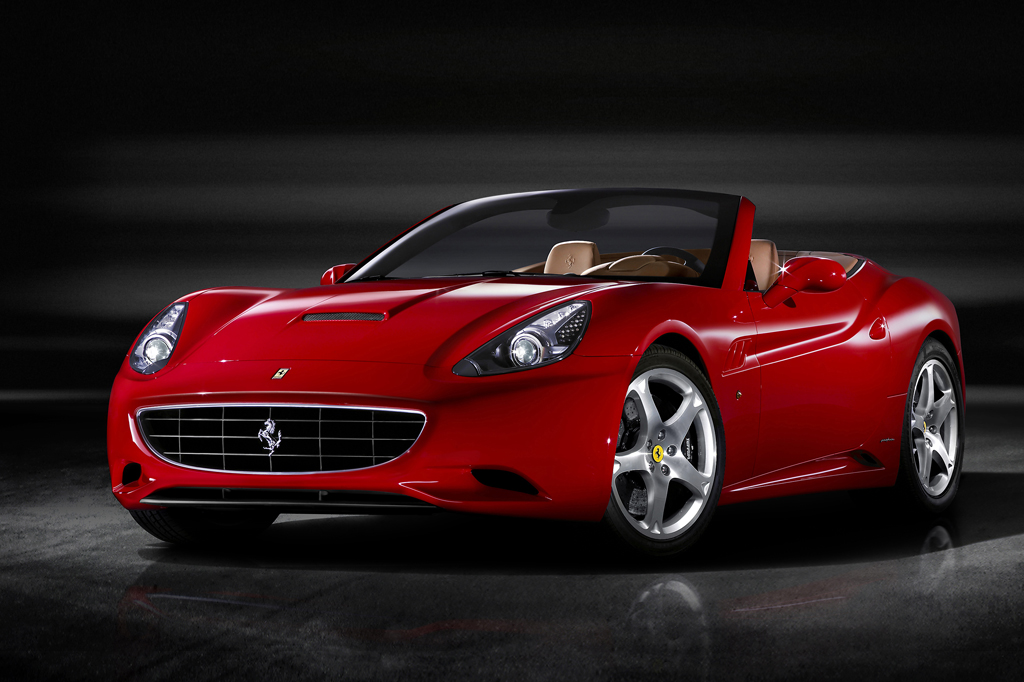 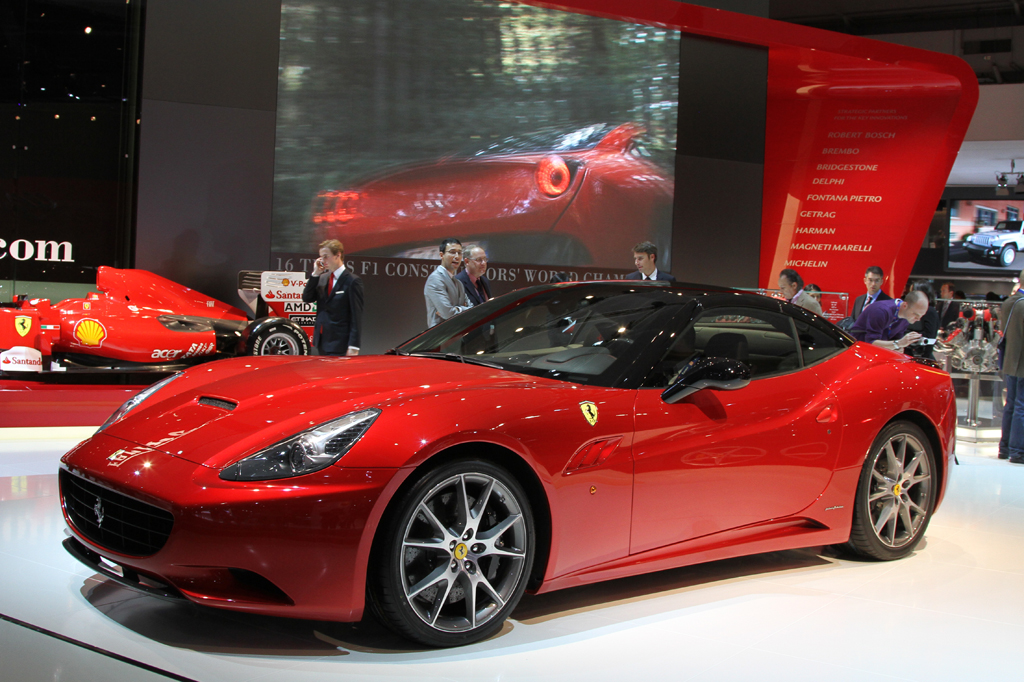 Introduced to the U.S. market for 2009, the Ferrari California saw only trim changes for the 2011 model year. The California was Ferrari’s first model with a front-mounted V8 engine. Previous Ferrari V8s were mid-engined. The California name harked back to the Ferrari 250 California convertible launched in 1957. That lightweight convertible was advertised as a road car capable of racing. Fewer than fifty were built, and it’s one of the most collectible vintage Ferraris. The 21st-century California was also a convertible, but with a power-retractable hardtop. The California had four-passenger seating, although the small back seat was best suited for packages. This was the first Ferrari with split-folding rear seatbacks for more flexible cargo capacity. Power was provided by a 460-horsepower, 4.3-liter V8 engine. The primary transmission was a seven-speed automated-manual that behaved much like a conventional automatic. A six-speed manual gearbox was announced after the California went on sale, but it appears that few of those were sold. Ferrari claimed the California could accelerate 0-62 mph in less than 4 seconds and had a top speed of 193 mph. Carbon-ceramic brake rotors were standard. Available safety features included antilock braking, traction control, an antiskid system, front-side airbags, and an automatic roll bar designed to deploy in the event of a rollover crash. Standard features included a navigation system, wireless cell-phone link, leather upholstery, and alloy interior trim. A rearview camera, front and rear obstacle detection, a steering-wheel-mounted LED tachometer, iPod interface system, and fitted luggage were available. With a price starting under $200,000, offered in a single trim level, the California qualified as the “entry-level” Ferrari. New-California buyers had to pay a Gas Guzzler Tax.

Under the Ferrari California hood, a 4.3-liter V8 engine generated 460 horsepower. Either a six-speed manual gearbox or a seven-speed automated-manual transmission might be installed.

No Ferrari California models have been made available for Consumer Guide evaluation.