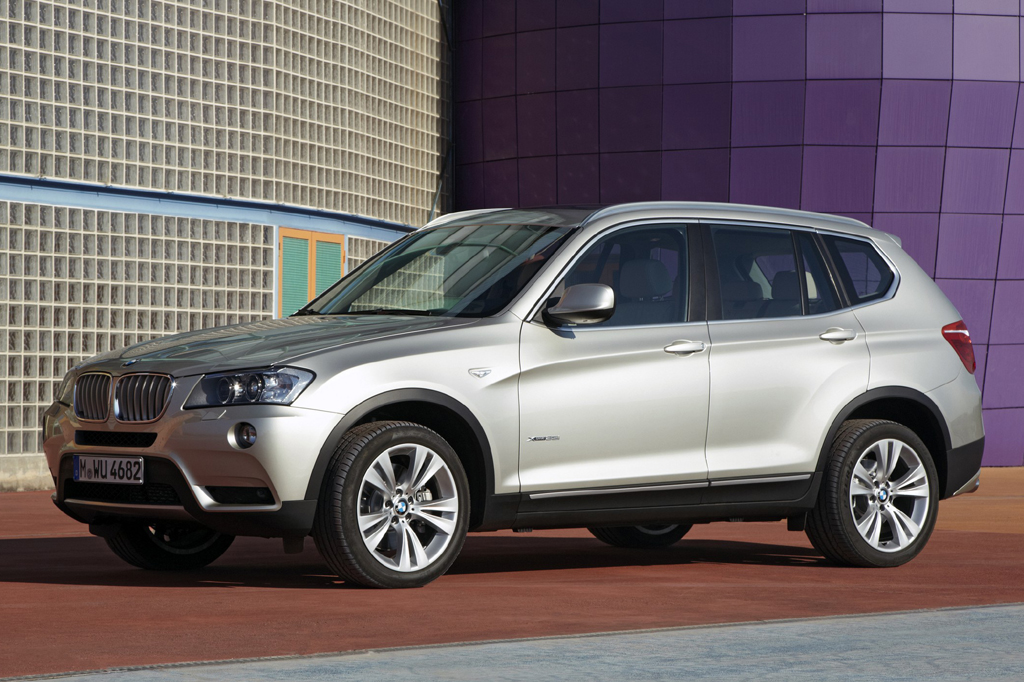 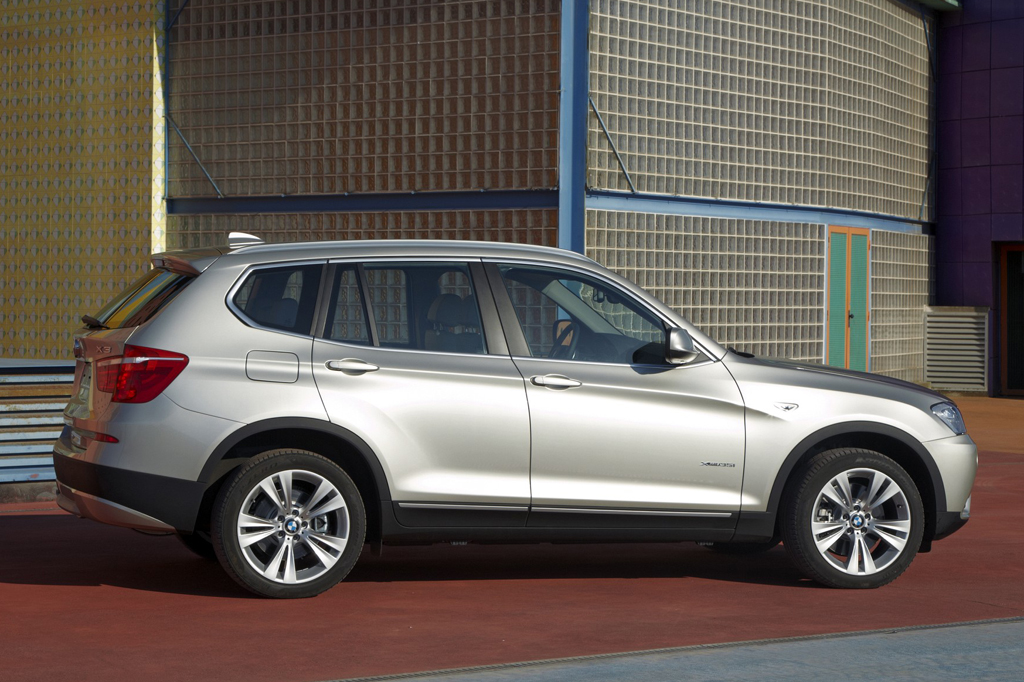 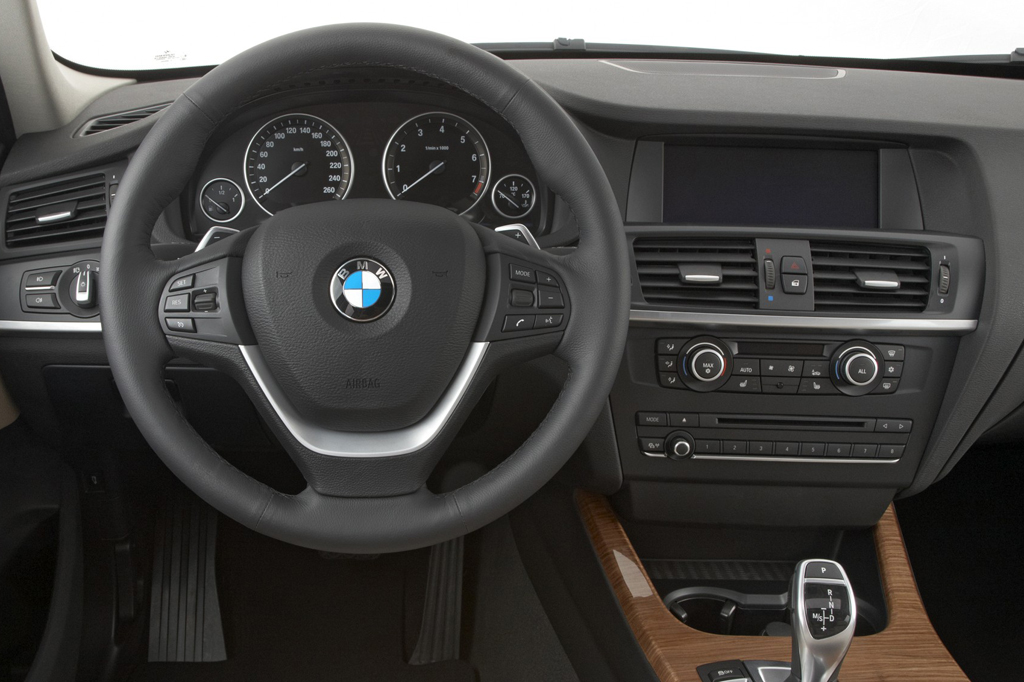 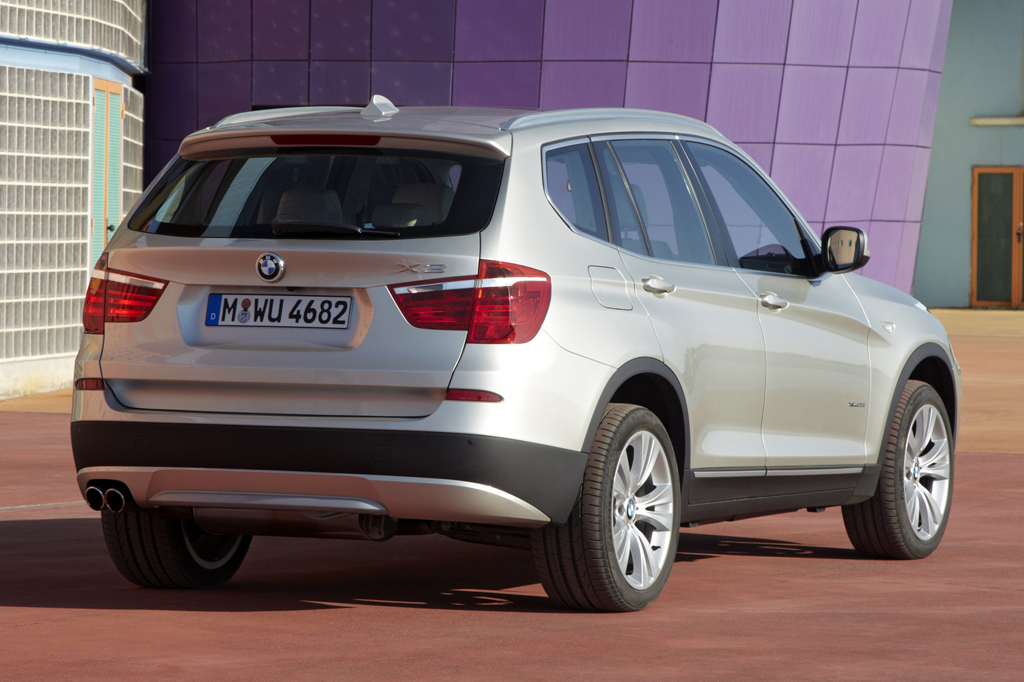 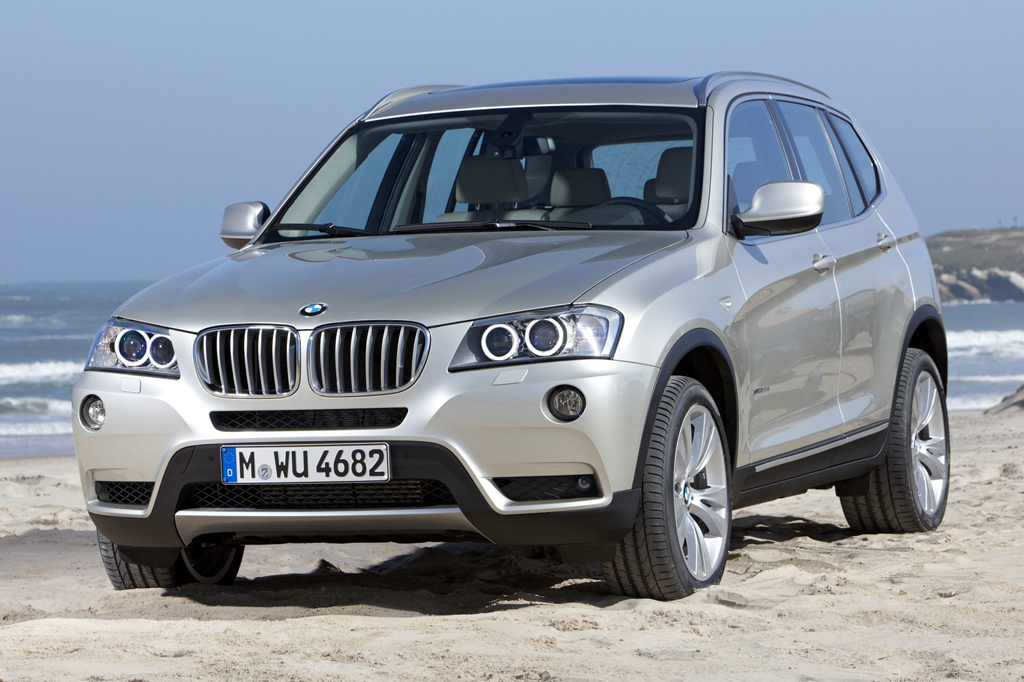 BMW’s redesigned X3 delivers the sportiness and refinement you expect from the brand, in a package that’s small in dimensions but highly versatile. Non-linear throttle response remains an annoyance, at least on the base xDrive28i model; but this premium-compact SUV has enough positive attributes to make it worth considering. New-car prices started reasonably but quickly moved upward when options were added. Secondhand buyers shouldn’t face quite as much difference between models, according to their equipment levels.

Not only was BMW’s X3 crossover redesigned for 2011, but production of this premium-compact SUV shifted to the United States from the previous model’s home in Austria. The 2011 X3 was slightly taller, longer, and wider than its predecessor. Two trim levels were offered: xDrive 28i and xDrive 35i. Each had BMW’s xDrive all-wheel-drive system, a 3.0-liter inline six-cylinder engine, and an eight-speed automatic transmission. In the entry-level xDrive28i, the engine produced 240 horsepower. Turbocharging helped boost output in the uplevel xDrive35i to 300 horsepower. Standard safety features included antilock braking, traction control, an antiskid system, hill descent control, and curtain side airbags. The 35i model added front side airbags. An electronic adaptive suspension was optional and included driver-selectable firmness settings. Split-folding 60/40 rear seatbacks were standard, with a 40/20/40 split optional. A power tailgate also was optional. BMW’s iDrive control interface was standard, as were power seats and keyless engine start. A navigation system and keyless access were optional. Extras on the X3 35i included wood interior trim, 18-inch run-flat tires, and steering-linked adaptive headlights. A new M Sport Package became available late in the model year. Rivals to BMW’s X3 included the Audi Q5, Infiniti EX35, Mercedes-Benz GLK-Class, and Volvo XC60. The crossover segment has been one of the industry’s fastest-growing categories.

Two 3.0-liter inline six-cylinder engines have been available in the X3, each driving an eight-speed automatic transmission. In the xDrive28i version, the engine produced 240 horsepower. Turbocharging for the xDrive35i edition raised output to 300 horsepower. For 2013, the xDrive28i replaced its six with a turbocharged four cylinder.

The xDrive28i has good pep overall, moving out with gusto when you floor it. Unfortunately, BMW has not addressed (at least in 28i form) the X3’s foremost flaw, which is non-linear throttle response. There’s little engine response for the first one-third of gas-pedal travel, making the X3 feel rather slow from a stop. After that point, power comes on too strongly, which is frustrating in moderate-speed suburban commuting. Some testers also have complained of occasional bogging and surging from the transmission in its standard setting. Moving the shifter to Sport mode mitigates this phenomenon somewhat.

Ride quality ranks as firm, just as expected from a BMW. This crossover SUV doesn’t absorb bumps as well as the best in the class, but no harshness is evident.

Although an X3 handles well for an SUV, it doesn’t quite match the sharp response of BMW’s passenger cars. Steering feedback is good, but several road-testers have complained of some numbness when moving the wheel slightly off-center. Body lean is well controlled in fast turns, and the brakes have excellent pedal feel.

The X3’s engine is vocal during acceleration, but it’s a great sound. Wind noise on the highway is stronger than we would like, but most other ruckus is well squelched.

Audio and climate controls are logically arranged and marked. BMW’s most recent iDrive system is straightforward enough. Uninitiated drivers will probably be puzzled at first, but after a while it becomes second nature. One test example would not play music from a device connected to its USB port, though the auxiliary stereo input worked properly.

Owners can expect typical BMW solidity and richness. Materials look and feel nice and have obviously been assembled with care.

Front-seat legroom is good and headroom is ample. Seats are somewhat flat, but do a good job of holding occupants in place around fast corners. A tall driving position provides very good overall visibility, but the X3’s upswept rear styling creates blind spots that require a double-check before starting lane changes.

Overall room in the back seat is more than sufficient. Six-footers can fit easily behind another person of similar height. If installed, the available rear climate control and heated seats would be a comfort “plus.”

The X3’s cargo area has compact-wagon floor space, but SUV height. Rear seatbacks fold down without moving the headrests or flipping the lower cushion, but they don’t rest completely flat. The optional 40/20/40 split-folding seatback is a nice convenience, if you can find an X3 that has it. Aside from large door pockets, interior storage is rather meager.