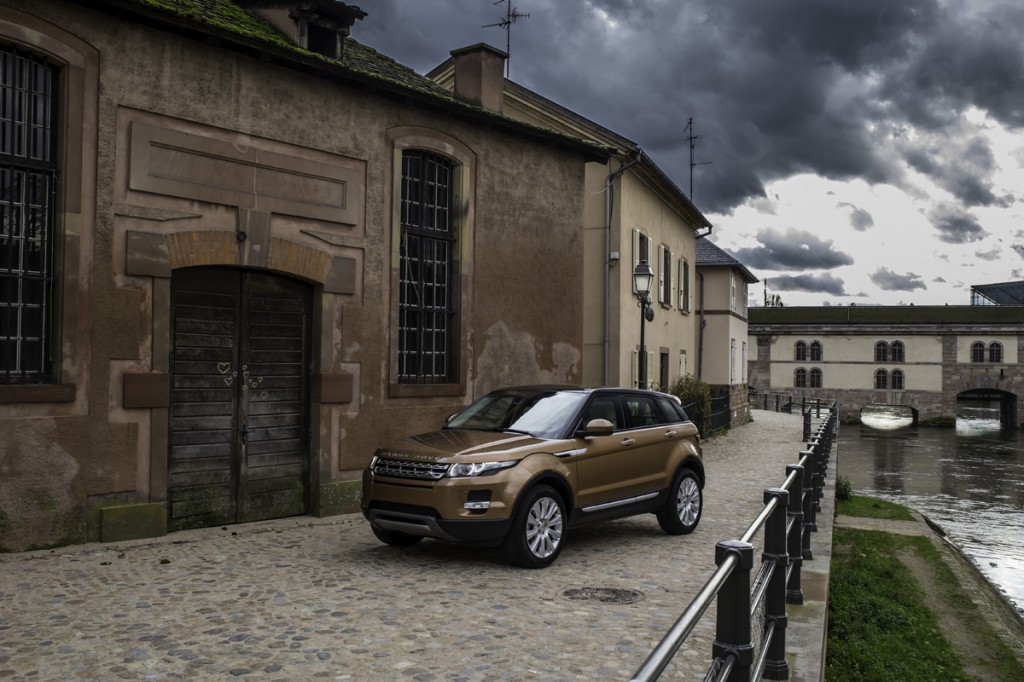 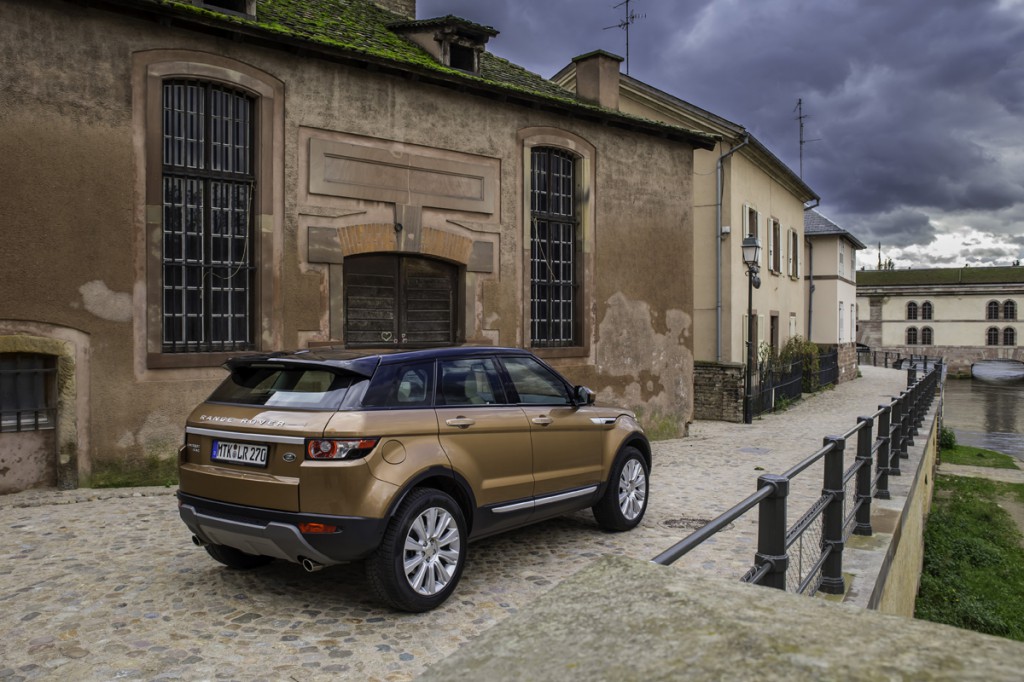 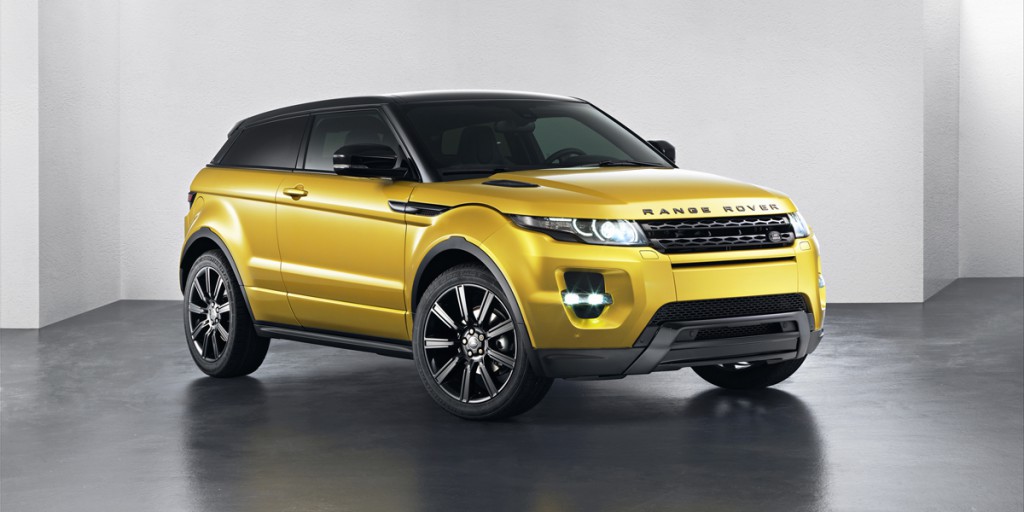 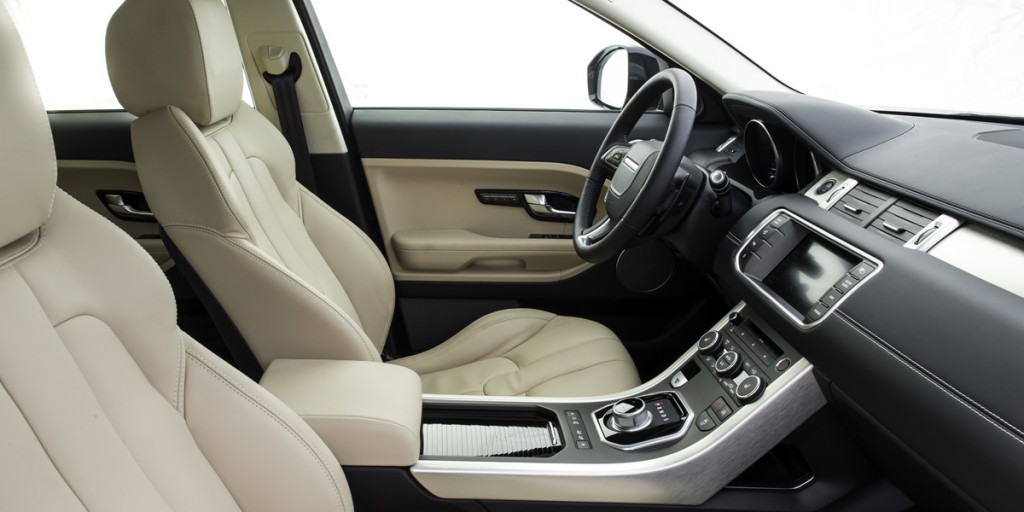 Evoque strays from the typical Land Rover template with its compact footprint, rakish styling, and turbocharged 4-cylinder powerplant. This spunky, sporty new premium-compact SUV is both the smallest and (when new) the priciest vehicle in the class. Still, it should appeal to style-seekers looking for the utility of an SUV, the off-road ability of a traditional Land Rover, and the fuel economy of a much smaller vehicle. Skip the impractical 2-door model, however. It sacrifices much functionality.

Brand-conscious buyers doubtless saw Evoque as an alternative to the Audi Q5, BMW X1 and X3, and, to some extent, the Mercedes-Benz GLK. Others may also shop Volvo XC60 as well as the Acura RDX and Infiniti EX37.

Initially, all Range Rover Evoque models used a single powertrain. This comprised a 2.0-liter turbocharged 4-cylinder engine that sent 240 horsepower through a 6-speed automatic transmission to a full-time all-wheel-drive system without low-range gears. For 2014, the six-speed automatic was replaced by a nine-speed.

Evoque might seem “under-engined” for a near-two-ton SUV, but the 2.0 turbo-four delivers brisk takeoffs and good passing power with minimal throttle lag. Land Rover says 0-60 mph takes 7.1 seconds, which seems credible to us. The 6-speed automatic transmission is generally responsive too, but it sometimes “hunts” busily among gears, and shifts were bit harsh on one test car.

No opportunity yet to evaluate models with the standard 19-inch wheels, but the available 20s combine with firm suspension tuning for a rather busy ride on some surfaces. Nothing jars, but there’s mild, unwanted fore/aft pitch and lateral rocking on uneven pavement and moderate thudding over large bumps and potholes. With all this, we suspect ride would be little different with the smaller wheels.

On-road cornering is marked by secure grip and only modest body lean, but Evoque seems heavier and less agile in quick direction changes than some other small SUVs. The electric-assist steering is light around town, but firms up nicely at higher speeds, though road feel could be better. Off-road ability is as expected of a Land Rover product. Despite a fairly simple AWD setup and no low-range gears, the Evoque can cope with all but the most severe situations, abetted by the Terrain Response System and Hill-Descent Control.

Though not as hushed as its big brothers, the Evoque is generally premium-class peaceful. The engine is never raucous or boomy, and wind noise is modest, though the large door mirrors generate some highway-speed whoosh. Low-rolling resistance tires are standard, to maximize fuel economy, but tend to be noisier than normal treads over coarse surfaces. Still, road ruckus isn’t irksome, just apparent, as in most SUVs.

A clean, stylish driver’s station features a novel rotary transmission selector, cribbed from Jaguar, which rises from the console on startup and retracts on switching off. Behind it is a row of Terrain Response buttons whose icons are not all self-evident. A large, 8-inch touchscreen at mid-dashboard governs fairly straightforward audio and navigation settings, but the screen itself is subject to the usual daylight washout. Below the screen are separate climate controls comprising just three dials and a few buttons, a convenience plus. The available surround-view camera system is a mixed blessing. It displays five exterior views, two of which can be enlarged, to aid maneuvering in tight spots. Trouble is, the touchscreen controls are a bit complicated. And unlike most vehicle cameras, these don’t automatically switch off when moving forward above walking pace, a potentially major driver distraction.

All Evoques offer a modern and, yes, stylish cabin ambiance featuring rich leather and ample-soft touch surfacing, though a few cheap-looking plastic bits are visible. Dynamic interiors are the jazziest but far from gauche, with tasteful two-tone upholstery, accents trimmed in metal and piano black. One test car was marred by slightly flimsy-feeling climate controls and steering-column stalks, plus a driver’s seat that could not be tilted up at the front.

Entry/exit is easy in 4-doors, but coupe doors are long enough to be cumbersome in tight spots. Front seats are well-padded and supportive, but their power adjustments are a bit short on range. Even so, legroom is 6-footer sufficient and headroom is fine, helped by minimal intrusion from the full-length sunroof and its opaque interior sunshade. The latter powers open to alleviate an otherwise coffin-like cabin feel, but we think it silly that the roof itself doesn’t open to assist ventilation–especially in 2-doors, whose rear side windows are fixed too. Rear visibility is limited by the sloping roofline and shallow side and rear glass, but the standard rearview camera helps compensate.

Evoque has more back-seat space than appearances might suggest. Still, like most small SUVs, the cabin isn’t wide enough for three adults except on short hops. The 4-door models furnish adequate headroom and legroom for two average-sized grownups, but 2-doors have less head clearance, so taller passengers will feel cramped. With all this, the coupe-optional rear bucket seats seem a waste of money. Entry and exit are OK on 4-doors and mission impossible on coupes. Though the latter’s doorways are large and step-in manageable, the front seats usually must be powered ahead to create an adult-size opening; even then, getting in or out requires much stooping and twisting–and the seats move at a glacial pace.