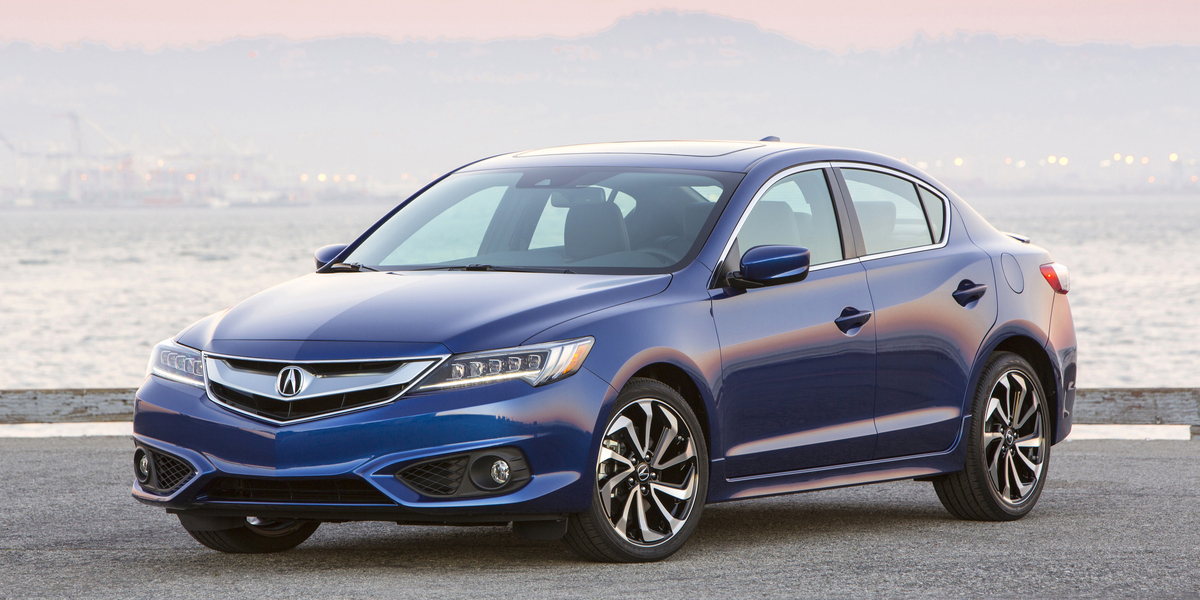 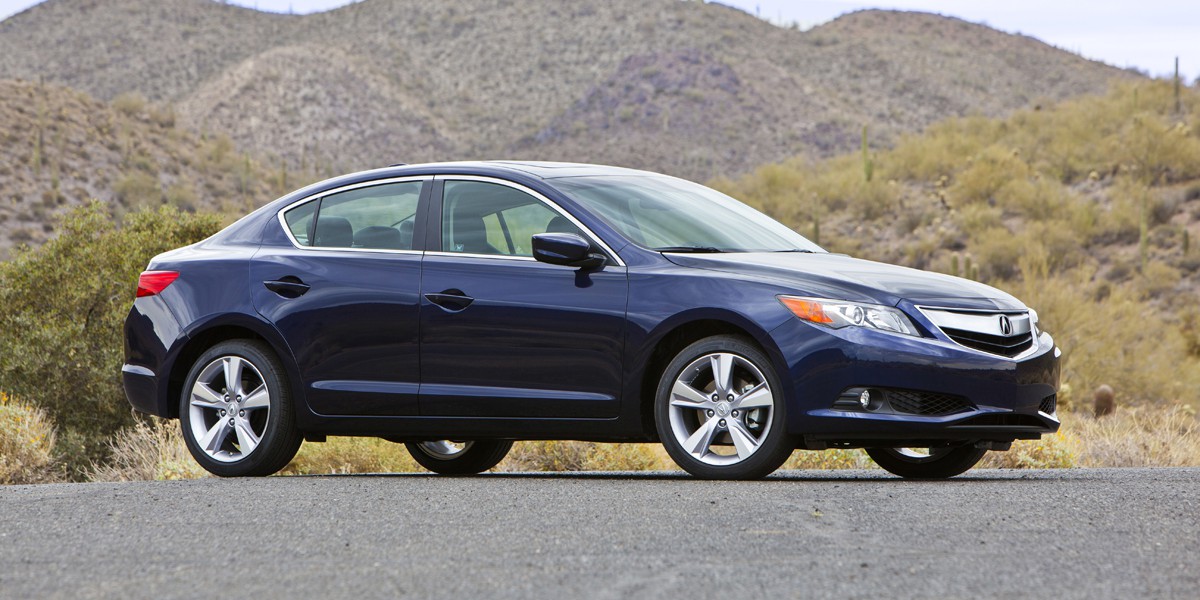 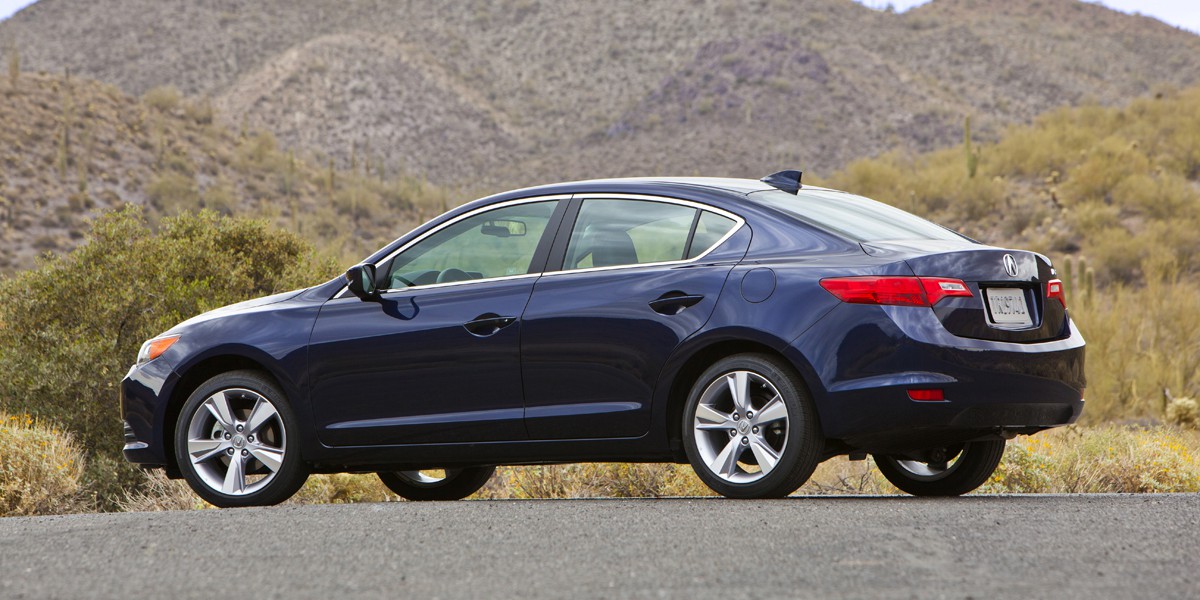 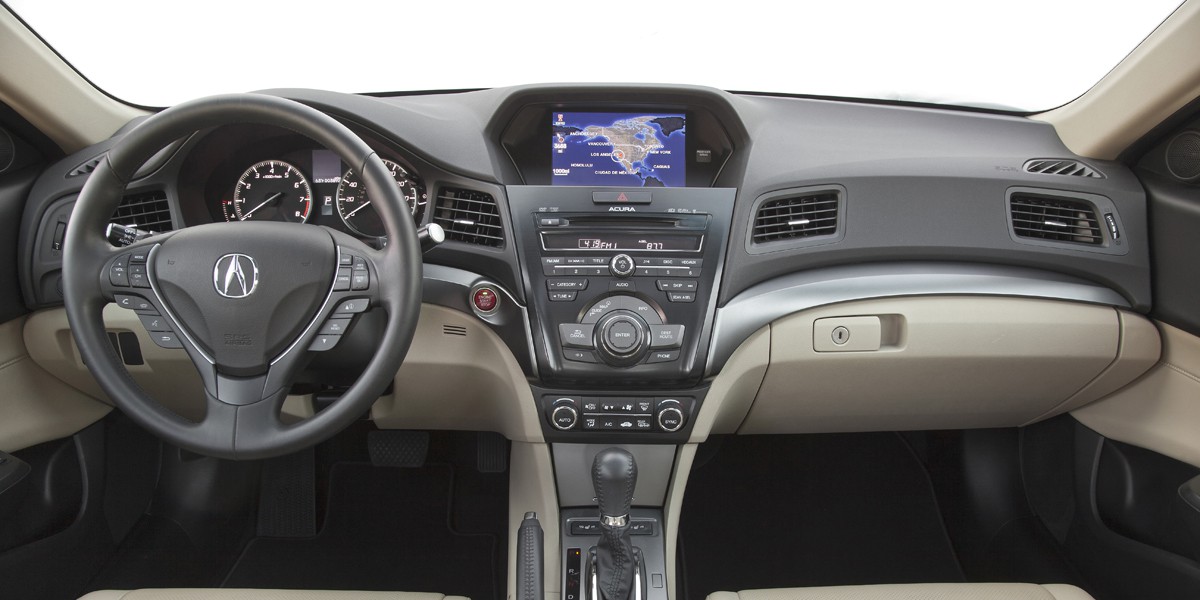 The Acura ILX is positioned between regular compact cars and the majority of premium compacts. Except in the manual-transmission-only 2.4 model, acceleration is leisurely–particularly in the Hybrid. Ride quality, handling, and interior appearance are pretty good, but this small Acura is largely unexceptional. Brand loyalists will find enough to like, but we would encourage ILX intenders to check out the superior Buick Verano.

Acura’s newest addition to its automotive line slots below the TSX as the manufacturer’s entry-level vehicle–what the company refers to as “the gateway to the brand.” ILX is a 4-door front-wheel-drive sedan that’s slightly smaller than the TSX sedan and somewhat less expensive. It comes only with 4-cylinder engines (the TSX is available with a V6) and is noteworthy for offering the company’s first hybrid.

The ILX is built in the U.S. and in 2013, was about $3,900 less than its TSX sibling. At that price point, it competes not only against other premium compact cars, but also against higher-end versions of regular compact cars. Its most direct competitor is the Buick Verano, which likewise straddles the price/prestige line between regular and premium compacts.

The ILX is built on the same platform as the Honda Civic Sedan, though with many substantially upgraded components and unique styling. (Acura is the luxury division of Honda.) The ILX’s base 2.0-liter engine is not currently used elsewhere in the Honda or Acura lines, but the uplevel 2.4 is found in the sporty Honda Civic Si and as the base engine in the Acura TSX. The ILX Hybrid’s powertrain is the same as used in the Honda Civic Hybrid.

All ILX models come with a high level of standard equipment, including many popular infotainment features. Options come in one of two packages, each priced as separate models. The Premium Package includes rearview camera, and xenon headlights; it’s standard on the 2.4 model. The Technology Package, offered only on the 2.0 and Hybrid, adds to that an uplevel audio system, AcuraLink assistance system, and a navigation system.

A pair of engines and a hybrid were available in ILX. 2.0L used a 150-hp 2.0-liter 4 cylinder.2.4L had a 201-hp four. The Hybrid blended a 1.5-liter gasoline engine with a battery-powered electric motor, for a total output of 111 horsepower. The 2.0-liter engine was teamed with a 5-speed automatic transmission, while the 2.4-liter was available only with a 6-speed manual. The Hybrid had a continuously variable transmission (CVT).

With its 2.0-liter engine and automatic transmission full-throttle acceleration is leisurely from a stop, but there is adequate power for normal urban driving. Lots of throttle input is required to summon decent mid-range passing punch though. For this combination, Acura estimates 0-60-mph in 9.6 seconds, which seems believable. The 2.4-liter and 6-speed manual combination is more muscular; Acura says it will go 0-60 in 6.9 seconds. The clutch and shifter both work nicely, and the car is fun and easy to drive. Like the 2.0, the 1.5-liter Hybrid is adequate in normal driving, but even with aggressive throttle application the car is lethargic from a stop. Once it’s moving we appreciate this engine’s quick throttle response, which helps the Hybrid feel a bit quicker overall than Acura’s 11.2-second 0-60 estimate would imply. Hybrids include an idle-stop feature that shuts the engine off when the car is stationary to save gas. Unfortunately, the system doesn’t always restart the engine as quickly as the driver can move their foot from the brake pedal to the accelerator.

In Consumer Guide testing, a 2.0-liter ILX returned 28.4 mpg in mixed driving and 2.4-liter models have averaged 27.0-28.3 mpg. We saw a disappointing 30.3 mpg in a Hybrid during a test that was nearly all city driving. Premium-grade gasoline is recommended for all three of ILX’s engines.

All ILX variants have the same suspension tuning, but they all don’t use the same tires. We’ve noted little difference among the various versions though. All have a firm ride, but there’s enough compliance that it’s quite comfortable.

All ILX variants have the same suspension tuning, but they all don’t use the same tires. We’ve noted little difference among the various versions though. All have a firm ride, but there’s enough compliance that it’s quite comfortable.

Quietness is not an ILX strength. Wind noise is reasonably low at highway speeds, but tire noise is a constant companion on most surfaces. The quietest engine on offer is the 2.0-liter, but even it never completely fades into the background. The 2.4-liter and Hybrid engines can be quite loud, much more so than expected in a premium-brand car.

Most controls are within easy reach, but there are a lot of buttons to study. In addition, some testers think the climate controls are mounted too low on the dash. Most of the cars we’ve tested were equipped with the Technology Package, which includes a navigation system. It doesn’t absorb basic audio controls which a point in the ILX’s favor, but some testers complain that its on-screen graphics look dated.

The interior has nice materials, padded surfaces, and handsome two-tone color combinations that work together to create an attractive, but not particularly fancy, ambiance.

There’s enough legroom up front for most adults, but really tall folk may wish there was more headroom. The seats are comfortable and supportive, but some testers felt they were set too low making entry and exit a chore. Outward visibility isn’t great, particularly to the rear. The sun visors are too short to completely cover the side windows.

Headroom for rear passengers under the sunroof housing is skimpy, especially for people taller than 5’10”. Legroom is no better than adequate, and gets even tighter if the front seats are set far back. At least under-seat foot space is good. Narrow door openings can make for challenging entry and exit.

The trunk is wide, but the lid’s sickle-style hinges dip into the cargo area. We’re disappointed that the fold-down rear seat back is one piece, rather than split as on most cars. The back releases from the trunk and folds nearly horizontal, but at a level about 3 inches above the trunk’s floor. The pass-through is pretty narrow at the bottom too, limiting cargo versatility. Hybrids lose some trunk space to the battery pack, and have to make do without the folding seat. Interior storage is pretty average. There is a glovebox, small console box with 12-volt power and audio plugs, 2 cupholders on the console, a covered bin in front of the shifter, and small map pockets with bottle holders on the front doors.