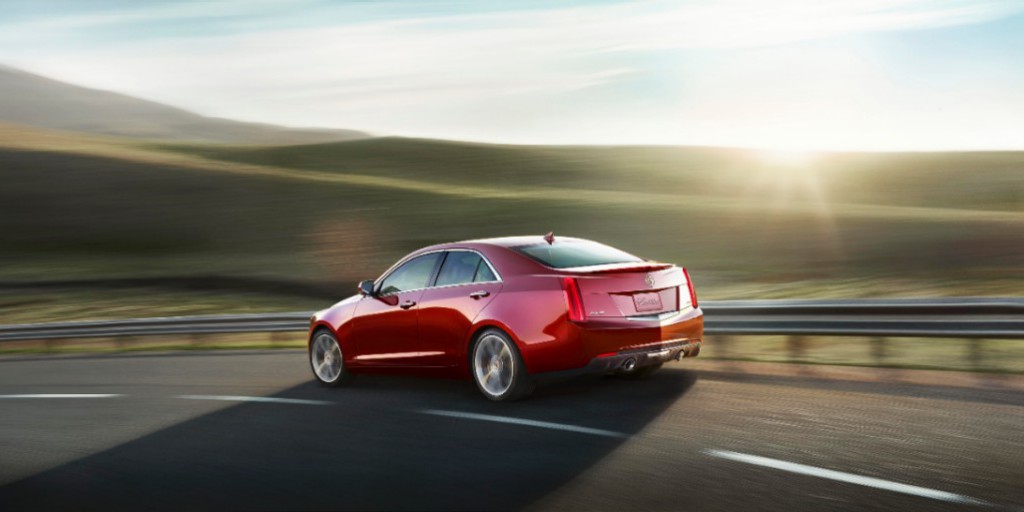 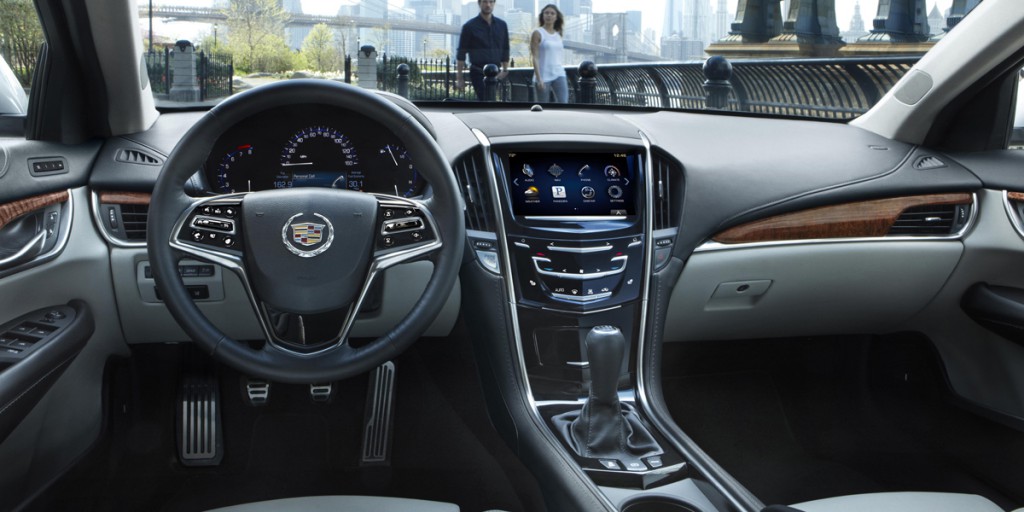 Cadillac makes no bones about what ATS is targeting: the BMW 3-Series. Does this new-from-the-ground-up compact hit the mark? Absolutely. The car drives exceptionally well, with great steering, plenty of grip, and good power from the turbocharged 4-cylinder and V6 engines. Dismiss the base 4-cylinder motor; it’s not a good fit for this supremely capable car. Gripes include an unaccommodating rear seat and the fact that GM’s excellent Magnetic Ride Control is only available on the top-end trim level, which is rather pricey itself. Despite that, when comparably equipped, a new ATS cost less than a 3-Series, is just as enjoyable to drive, and has a more sumptuous interior. Our nod goes to models equipped with the 2.0-liter turbocharged engine. It delivers terrific power and can be paired with a sweet-shifting manual transmission.

ATS was Cadillac’s first compact car since the Cimarron of the 1980s (at least in North America), and the brand was determined not to make the same mistakes it did with that ill-fated sedan. The US-built ATS targeted BMW 3 Series, Audi A4, and Mercedes-Benz C-Class. We’ll go ahead and include the Acura TSX here as well.

Unlike the Cimarron, the ATS was not an example of “badge engineering” (taking an existing vehicle/platform and putting a new logo on it). ATS had its own specific architecture, and Cadillac was touting how much time the car had spent on the famous German Nürburgring racetrack to test the basic design, suspension, and drivetrains. The company claimed the car was among the lightest in the segment, with base models checking in at just 3,315 pounds.

All had a standard 6-speed automatic transmission. A 6-speed manual was optional on the 2.0T.

Despite horsepower and torque figures that are impressive on paper, the base 2.5-liter 4-cylinder engine is nothing special in terms of power delivery. It’s OK from a stop, but passing punch is rather lacking. GM says cars so equipped will do 0-60 mph in 7.5 seconds, but they don’t feel that quick. The turbo 4-cylinder and V6 engines are markedly better, with fast reaction to throttle inputs. Turbo lag is not a problem, and the 4-cylinder pulls strongly even at higher engine speeds. The automatic transmission behaves well, delivering snappy shifts. The turbo’s optional manual is fun to row, with a clutch that engages smoothly. The V6 is very strong, and we were especially impressed with its immediate, but not too touchy, throttle response. Again, the automatic transmission is very smooth.

In Consumer Guide testing, a 2.0T AWD Luxury model returned 20.3 mpg in mostly city driving. An AWD Performance model with the 3.6-liter V6 returned 22.0 mpg in mixed driving. The 2.5- and 3.6-liter engines use regular-grade gasoline. The 2.0T motor can use regular as well, but Cadillac recommends premium for best performance. Note that, unlike many GM vehicles, most variants of the ATS are not capable of running on E85 ethanol-blended fuel.

Suspension tuning is the same on all ATS models, save for the top-line Premium. The standard “touring” setup soaks up bumps very well, at least on the roads we traversed during our Atlanta-area preview. On the winter-ravaged roads around our Chicago office, we weren’t as impressed with the AWD Performance model with 18-inch tires. In that guise, ATS wasn’t particularly absorbent. Most bumps were clearly felt in the cabin, but the ride was never harshly uncomfortable. Overall though ATS has a very solid body structure, which enhances the impression of comfort. We have not have a chance to try a Premium model outside of a racetrack, but its Magnetic Ride Control provided welcome stability on a challenging and technical course.

The electric power steering provides an unexpectedly good level of feedback, both in the city and on the highway. Cornering is very neutral with the standard suspension. Body lean in quick turns is minimal. Magnetic Ride Control is a boon to handling; the suspension can alter its damping in a matter of milliseconds, which keeps the car very stable at high speeds.

The 2.5-liter engine is the quietest of the bunch, but that doesn’t make up for its lack of power. The 2.0- and 3.6-liter engines have a somewhat raspy sound, but they’re appropriate noises given the car’s sporty nature. The car is impressively quiet at speed and wind noise is not an issue, but coarse-surface tire hum can be.

All models tested were equipped with Cadillac’s CUE interface. Its operation is similar to that of an Apple iPad or other types of tablets. You can press and hold an icon on the screen, such as climate or navigation, then drag it to your preferred location. The “favorites” menu, which is accessed by swiping your finger up from the bottom, can store more than just radio stations. You can quickly access navigation destinations and even contacts when you have your cell phone paired to the system. CUE includes a Pandora Internet Radio application, which work in conjunction with a smartphone that has the same app installed on it. Pandora works over Bluetooth with Blackberry and Android devices. Apple iPhone users must connect their device via USB, which isn’t a bad thing because that will keep the battery charged. Many functions can also be handled via voice control. The system does a fine job understanding spoken commands, but on one test car it was frustratingly slow to react. All audio and navigation, and many climate controls, are governed by CUE. It will take some time to get used to for those who are not technologically inclined, but “connected” folks will likely acclimate quickly. To ease the learning curve, Cadillac offers an app for the Apple iPad that includes demonstrations and interactive tutorials, which is a thoughtful touch.

The ATS interior is almost certainly the best in this class, and our logbook is peppered with words like fabulous, gorgeous, and fantastic. Materials and assembly are top-notch throughout the cabin, and no where did we notice any obvious corner cutting. Certain dashboard and door panels can be outfitted with genuine wood, aluminum, or carbon fiber, depending on the color upholstery you select. At the same time, those panels are removable, and buyers can purchase interchangeable ones from their local Cadillac dealer, which adds a nice degree of personalization.

The front seats are a fine blend of long-haul comfort, and track-ready support. It’s a bit strange that heated seats are an extra-cost option, and no ventilation or cooling is offered. The cars we’ve driven had good headroom, though none were equipped with the optional sunroof. Legroom is excellent due to very long seat tracks. Some testers found the seating position to be a little low, and our largest staffers found the door openings to be a little small. Forward visibility is very good to the front corners; the rear-corner view is compromised by thick roof pillars.

Rear-seat room is one of the few areas where ATS stumbles. Overall leg and knee space are not better than a typical compact car. That’s not unexpected, but even if it did have more room, the bench seat isn’t the most comfortable. The bottom cushion has a somewhat deep well, resulting in a sort of knees-up seating position. The sloping roof line cramps headroom, even for an adult less than 5-foot-10.

At just 10.2 cubic feet, ATS’ trunk is among the smallest in the premium-compact-car class. It’s not very tall or deep, so be careful when attempting to load bulky cargo. The Luxury and Premium models have split-folding rear seat backs while the Performance makes do with a central pass-through. Interior storage consists of a somewhat small center console and door pockets. The car does have a cleverly hidden cubby located behind the climate control “touchpad” located below the CUE screen.