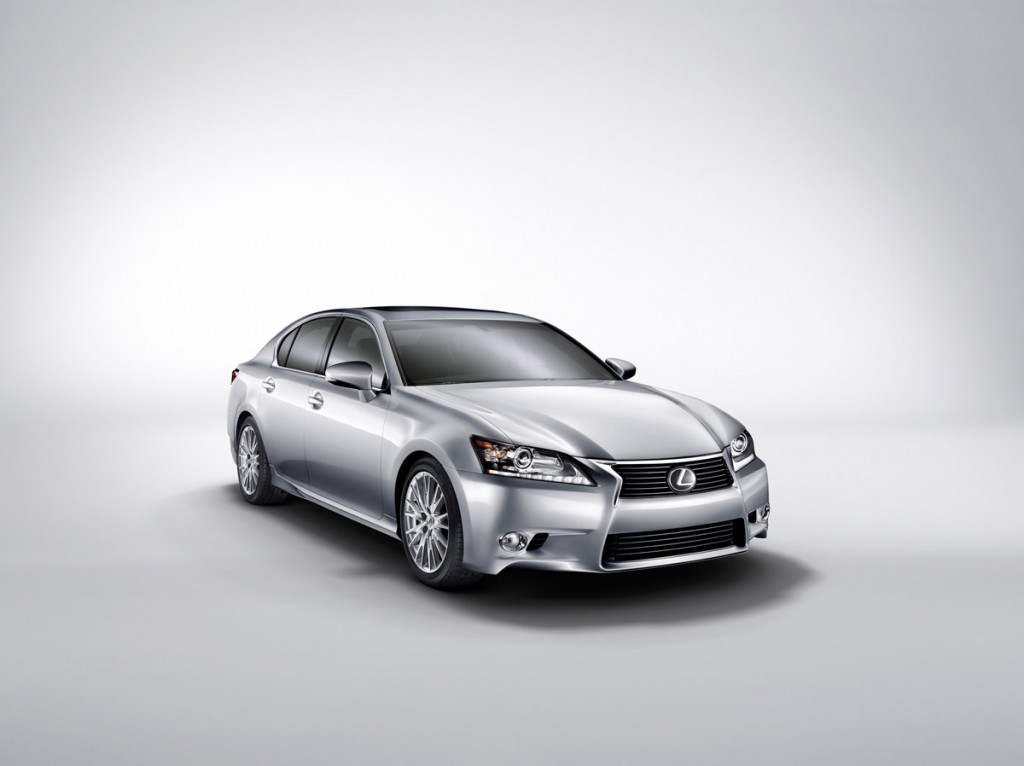 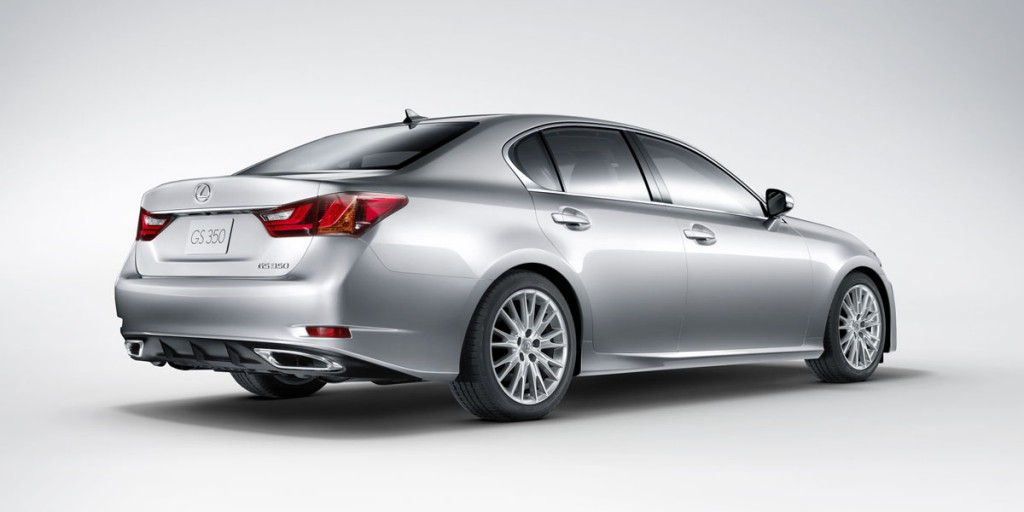 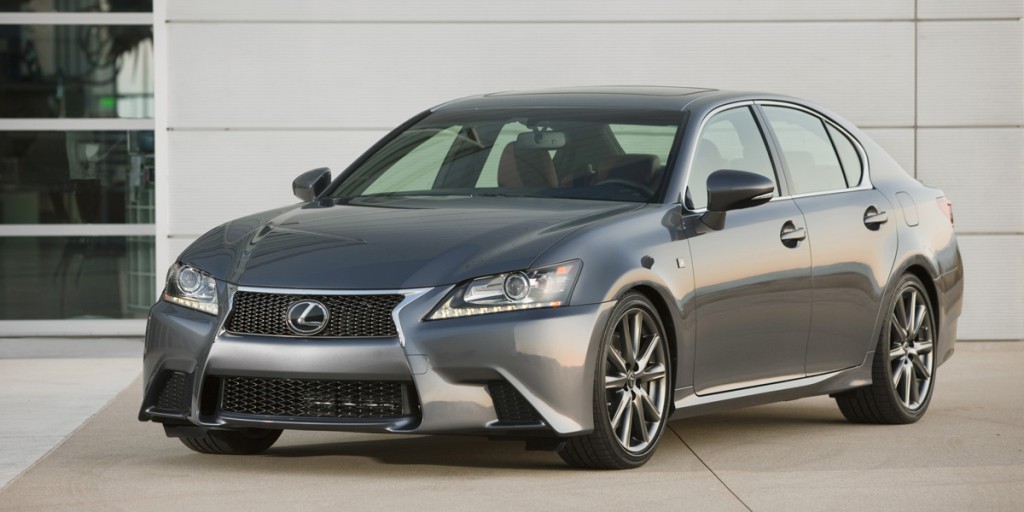 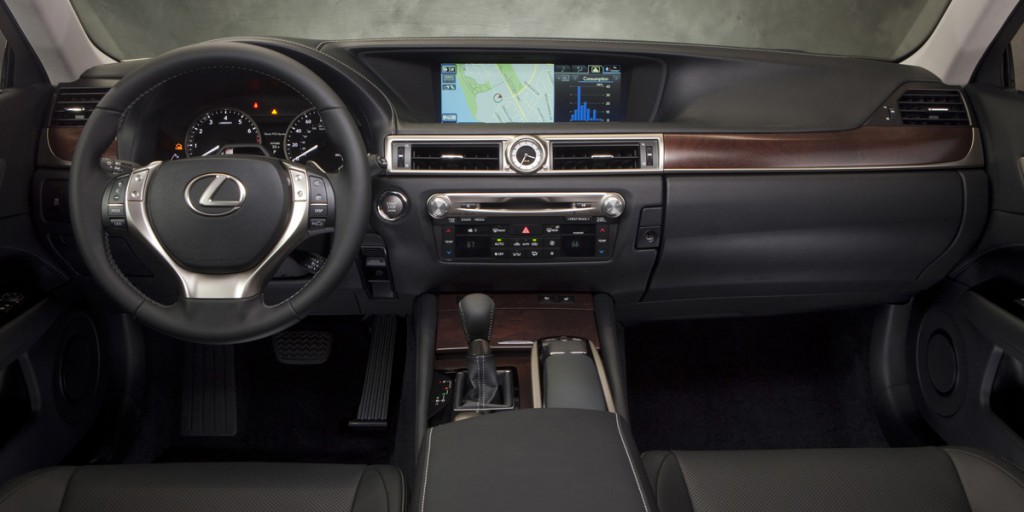 The Lexus GS is comfortable, reasonably sporty, and tastefully finished. Its powertrains are smooth and strong, and the brand’s traditionally top-notch customer care offers appeal as well. Prices are steep, particularly as options are added, but overall this Lexus GS is a solid improvement over the car it replaced. It strikes a decent balance between the sporty character of the BMW 5-Series and coddling of the Mercedes-Benz E-Class, but the fact that it doesn’t really stand out in any one area might put the GS at a disadvantage among discerning luxury-car buyers.

GS was the sportier and more expensive of Lexus’ two premium-midsize cars, the other being the Lexus ES. There were two models, the entry-level GS350, and the gas/electric hybrid version called GS 450h. GS350 competed with the BMW 5-Series, Infiniti M, and Mercedes-Benz E-Class. Some of the 450h’s like-priced competitors included the ActiveHybrid version of the BMW 5-Series, Infiniti M35, and the gas/electric version of the 2014 Mercedes-Benz E-Class.

The 2013 Lexus GS was redesigned with freshened styling and a raft of new features. It was slightly wider and taller than the outgoing model but otherwise largely unchanged in terms of exterior dimensions. Its drivetrains were also unchanged from previous models but Lexus promised better fuel economy.

Lexus offered the GS 350 in a single trim level. It was rather well equipped with standard features such as a power tilt/telescopic steering wheel, leather upholstery, heated front seats, keyless access and starting, sunroof, rearview camera, and a power trunk closer.

A Luxury Package was optional on GS 350. It included an adaptive variable suspension, upgraded interior trim, 18-way power front seats, rear climate and radio controls, and steering-linked headlights. Luxury Package-equipped GS 350s could also be had with heated rear seats and a night-vision camera. A 5.1 surround-sound audio system was standard on all GS models; an uplevel 7.1 audio system was optional. Adaptive cruise control and a navigation system with a 12.3-inch split-screen display were other options. Lexus’ Enform multimedia suite was offered as well, which worked with data-enabled smartphones to provide, among other services, Internet searches, streaming audio, and restaurant reviews and reservations.

The GS 350 was powered by a 306-horsepower 3.5-liter V6 engine and a 6-speed automatic transmission. Rear-wheel drive was standard with all-wheel drive optional.

The rear-drive GS 450h paired a 3.5-liter V6 gas engine with a battery-powered electric motor for 338 horsepower total. It was equipped with a continuously variable transmission (CVT) that behaved like an automatic. Like other Lexus hybrids, the GS 450h could run on one or both of its power sources and no plug-in charging was needed.

Any GS 350 feels strong from a stop, and has more than adequate power for highway merging and passing. The 6-speed automatic transmission is very smooth. While the GS 450h delivers a nice fuel-economy bump over the conventional GS 350, it’s really designed to be a performance model. In this regard, the hybrid is indeed faster than its conventional sibling, aided by the slick CVT. The electric motor provides near-instantaneous response to throttle inputs, making highway passing and merging a breeze.

In Consumer Guide testing, an AWD GS 350 averaged 19.7 mpg. That’s not a bad result for an all-wheel drive sedan, but it’s not chart-topping either. In the GS 450h we averaged a respectable 30.6 mpg. All GS models require premium-grade gasoline.

All GS models have an active but mostly smooth ride. Small bumps heard more than felt, though larger road imperfections do make their way into the cabin. The hybrid might do a slightly better job at smothering bumps on account of its heavier curb weight. Even so, the ride never becomes uncomfortably harsh. Some testers complained that the car never quite feels completely settled at highway speed.

GS is nimble with minimal cornering lean and good grip. Steering is quick and accurate. Some testers complain that the steering is a bit too quick with the suspension set in its Sport or Sport+ setting. The available dynamic handling package for F Sport-equipped models makes the car feel racier with improved maneuverability. The GS 450h’s brakes feel good, with little of the regenerative sponginess you would expect from a hybrid car.

Less isolation than Lexus and class norms, but GS remains reasonably hushed under most circumstances. Wind rush is well controlled, but tire thrum and bump noise are noticeable on some surfaces. All models have a sporty, satisfying exhaust note during acceleration and are virtually silent at cruise.

The gauges are large and clearly marked. All models tested had the available navigation system with Lexus’ Remote Touch Interface. It and most audio functions are governed by a computer mouse-like controller mounted on the console. It is fairly intuitive to use, but like other systems that control so many functions, acclimation is required. The Enform infotainment system works in conjunction with a data-plan-enabled smartphone to provide Internet Radio, restaurant reviews/reservations, movie listings, and Microsoft Bing search capability. Again, with acclimation, the system works fairly well. The climate-control system relies mostly on buttons that are clearly marked but mounted a bit low on the dashboard. The buttons that activate the heating and ventilation of the front seats are located far forward on the console and can be awkward to reach when the cupholders are in use.

The interior is tastefully trimmed in high-grade materials. Selecting black leather with dark wood for the interior lends a sporty flair one doesn’t usually associate with the Lexus brand. The 450h’s available Bamboo wood trim is very well executed, but its appearance may be too bold for the traditional Lexus customer.

The the front seats six-footers have ample legroom and adequate headroom, which is a big improvement from the previous-generation GS. The seats are very comfortable, and the standard power tilt-and-telescopic steering wheel helps fine tune the driving position.

Rear-seat legroom is class competitive, but not generous. Headroom and foot space feel cramped, even for those under 6-feet tall. Said six-footers will be most comfortable if the front seats are not pushed all the way back. Entry and exit are straightforward.

Trunk space is not particularly generous, especially in the hybrid, but the cargo hold is wide and easily accessed. The trunk lid’s sickle-style hinges are uncovered, but they are placed far outboard so they shouldn’t pose many problems with crushing cargo. Interior small-item storage is good, with a reasonably sized (albeit a bit shallow) center console, glovebox, and door pockets.